On Sunday we took the kids down to the beach!  We figured that we haven’t been to the beach in seven or eight years. Brother had been asking to go to the beach so he could play in the sand with his tractors of all things. Instead of just saying yeah sure lets go! We made a behavior chart, and he had to earn x-amount of stickers and he could choose splash pad or beach. Obviously by now you know what he choose, the beach!

We checked the weather and it was only going to be in the 70’s and partly sunny. When we got there it was only 75 which was nice and enjoyable for the kids and for the parents. 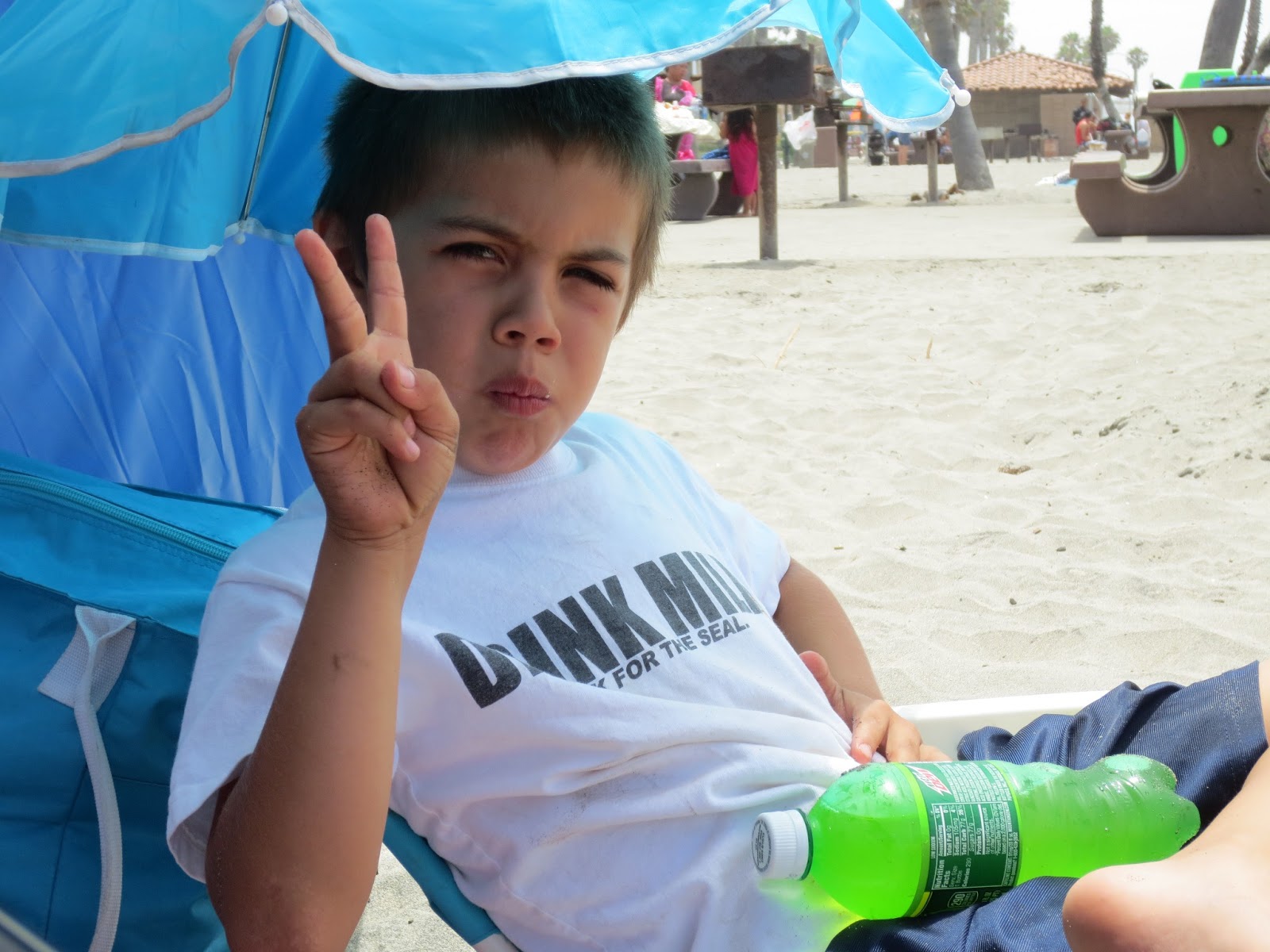 This boy loves Mountain Dew like his Dad, BUT he only gets to drink it every once in awhile.

Yup, she is wearing he clothes instead of her little bathing suit! We didn’t want her to get sand all in her pull-up.  We had both Brother and Sissy’s suit’s in the bag if they wanted them. 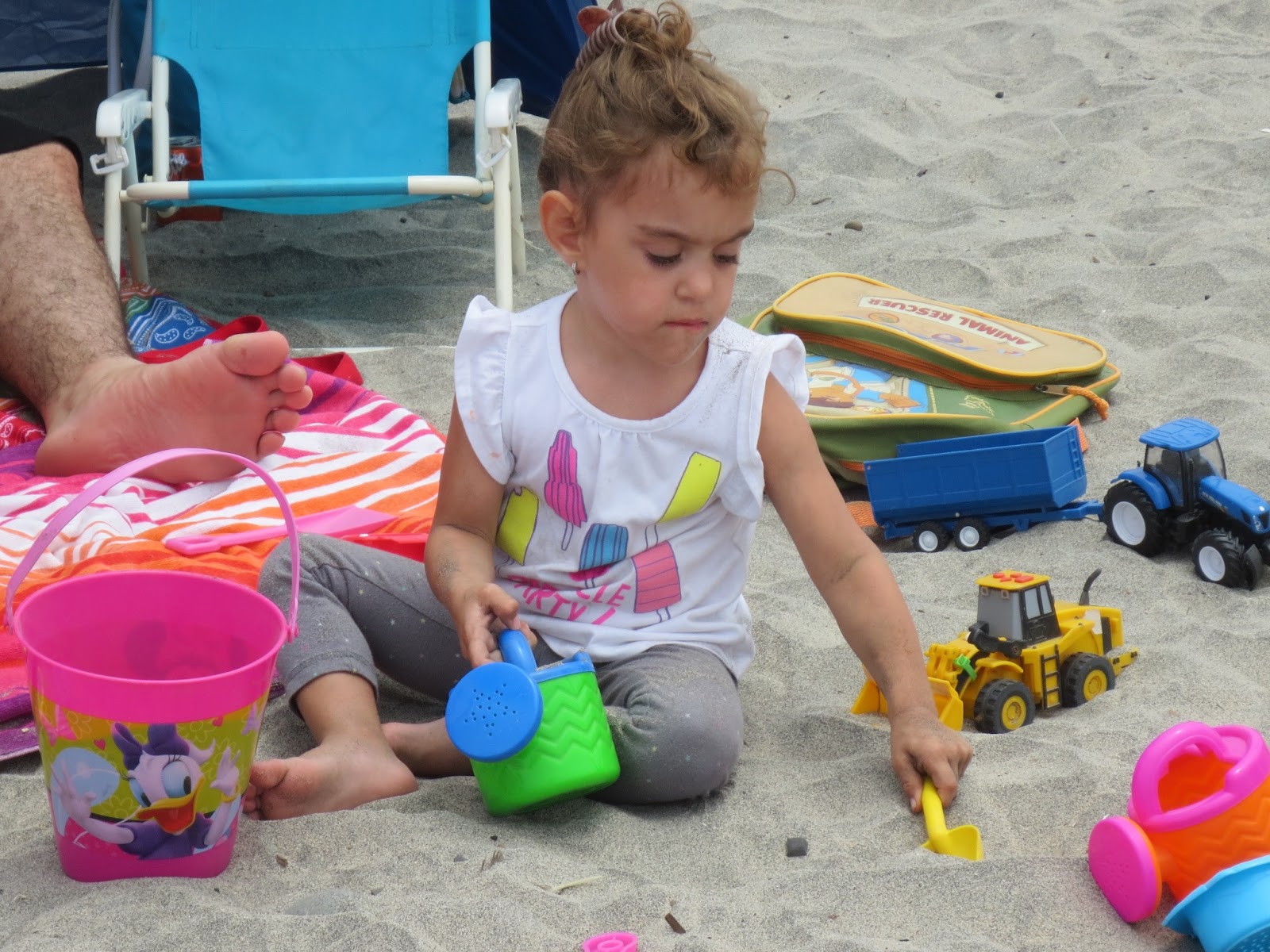 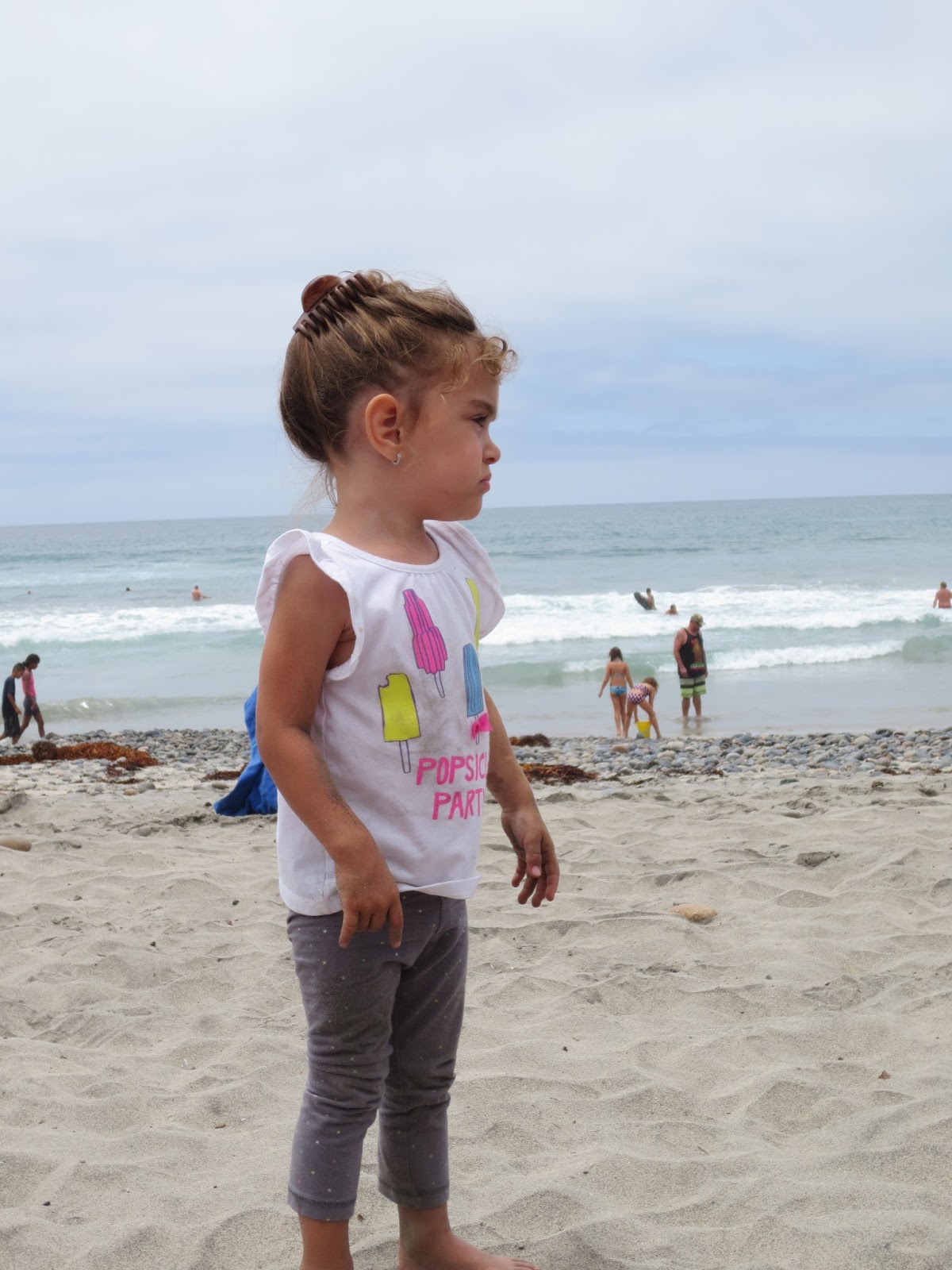 She could not figure out why the airplane was flying back and forth with a long flag behind it. She kept saying, “OH NO, MOM AIRPLANE!” over and over… 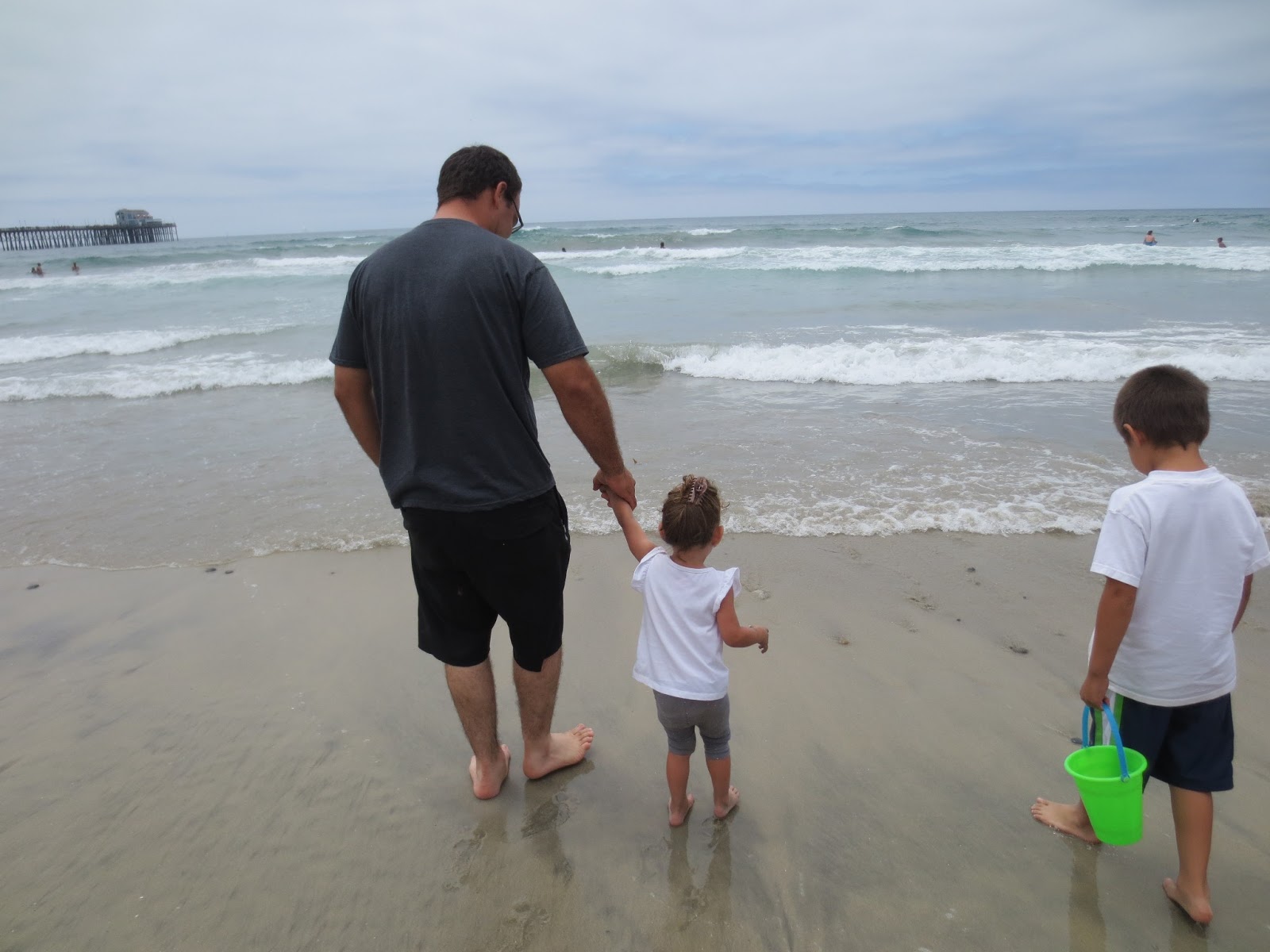 This was the first time their feet touched the water.

She was soooo nervous. 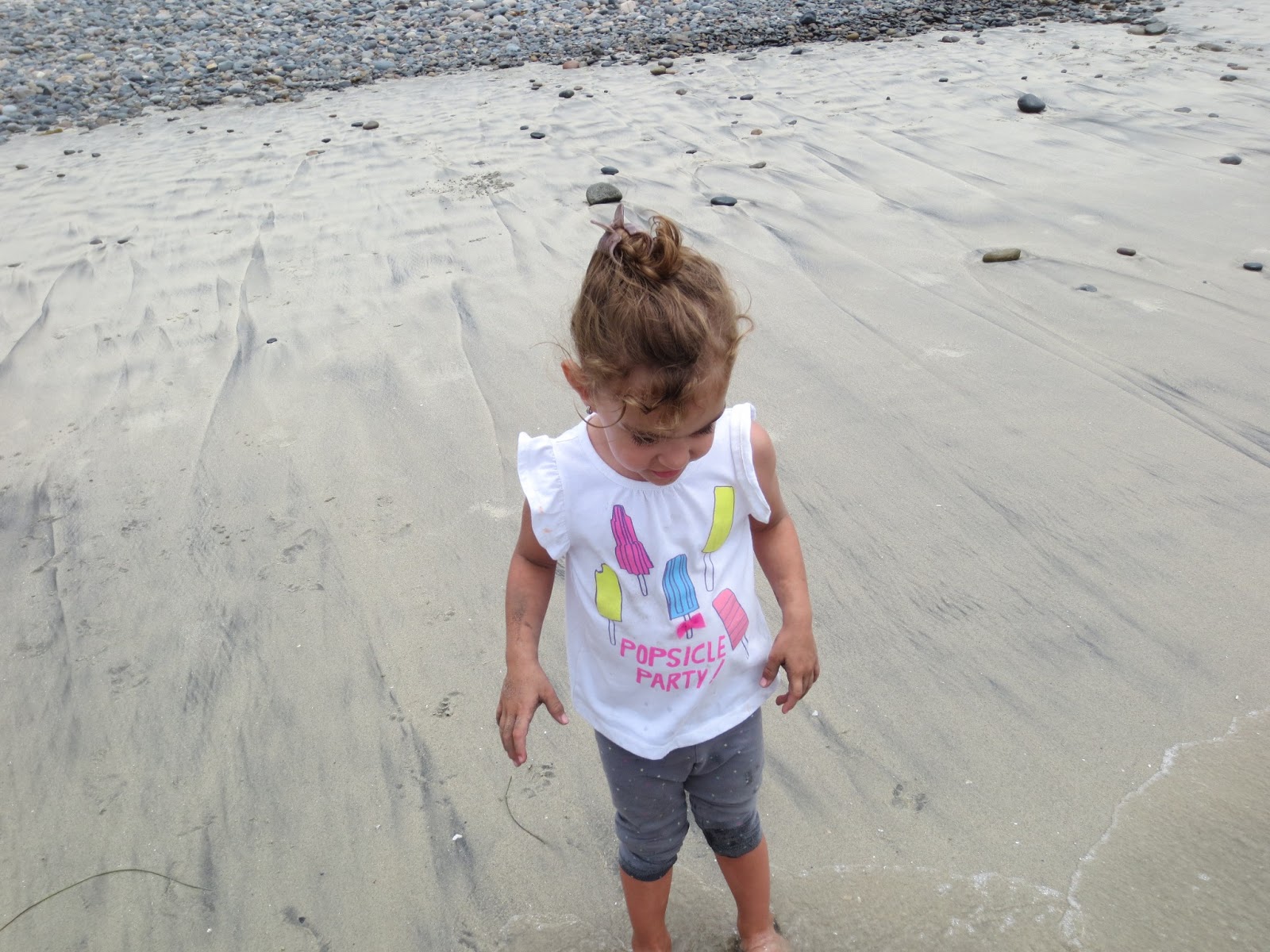 She would get so excited to see the water come up and go back down through her little toes. 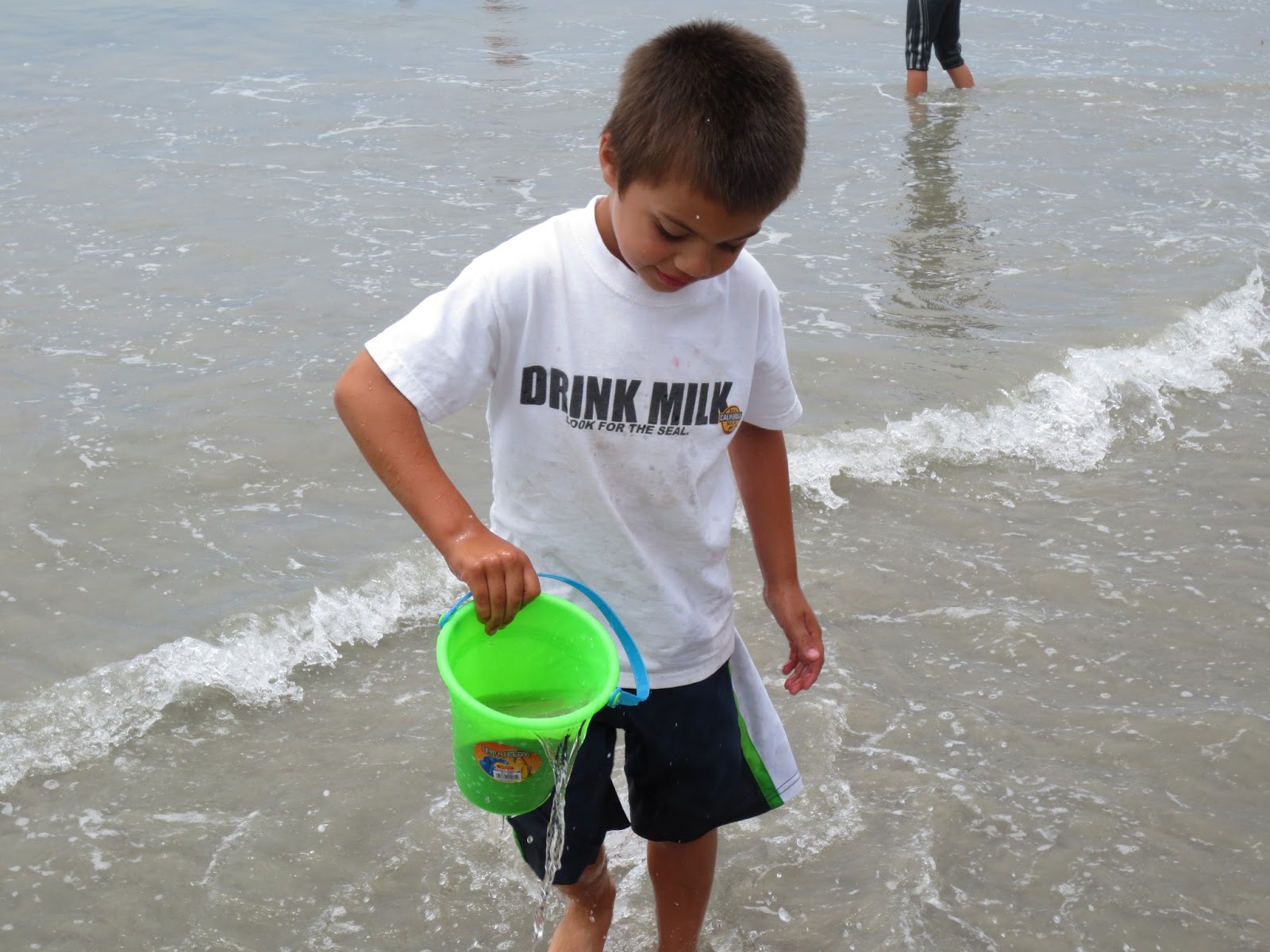 Brother was just trying to fill his bucket up with water when the waves would come up. 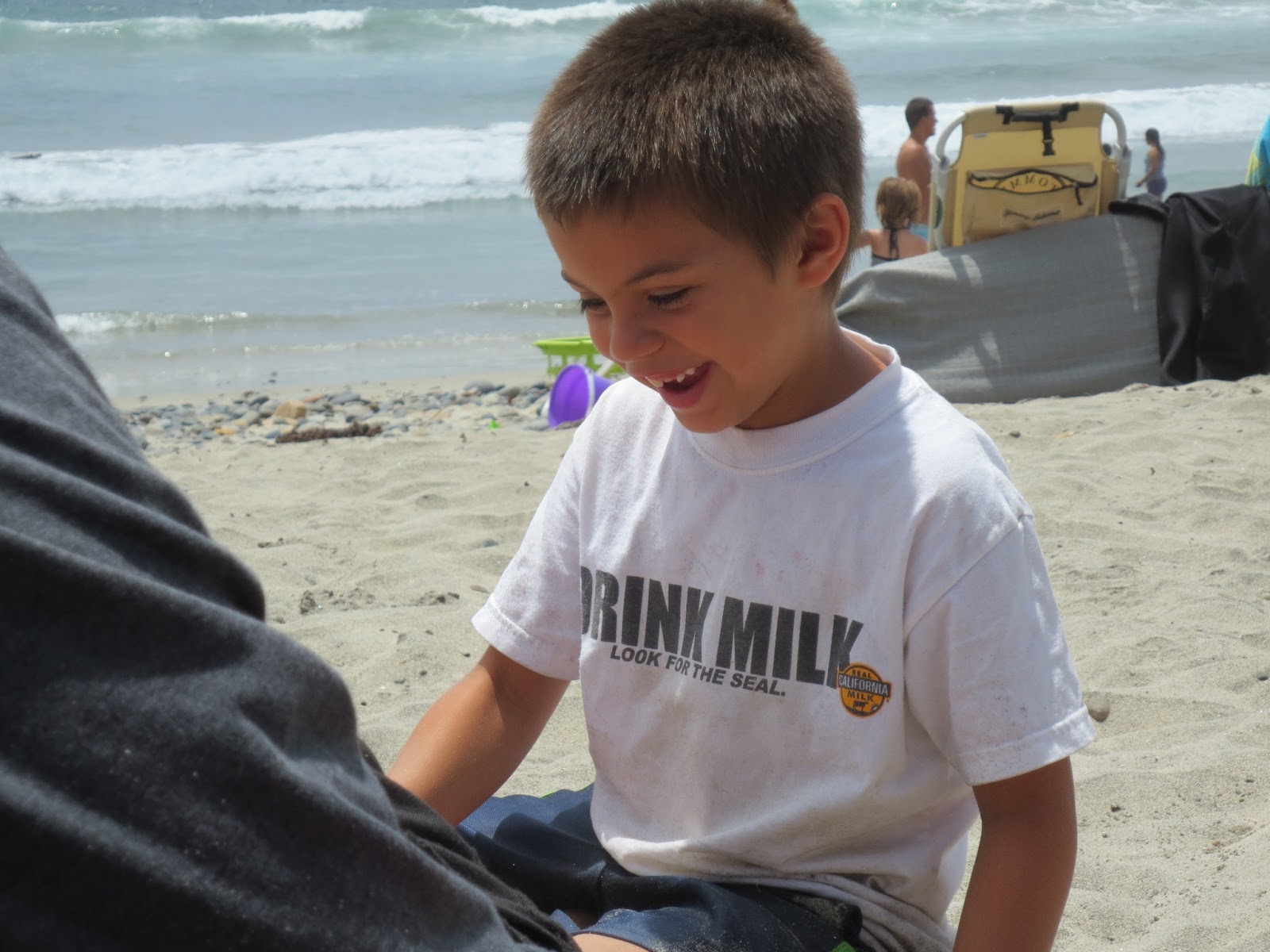 He had fun deciding to cover his Dad’s feet with sand. 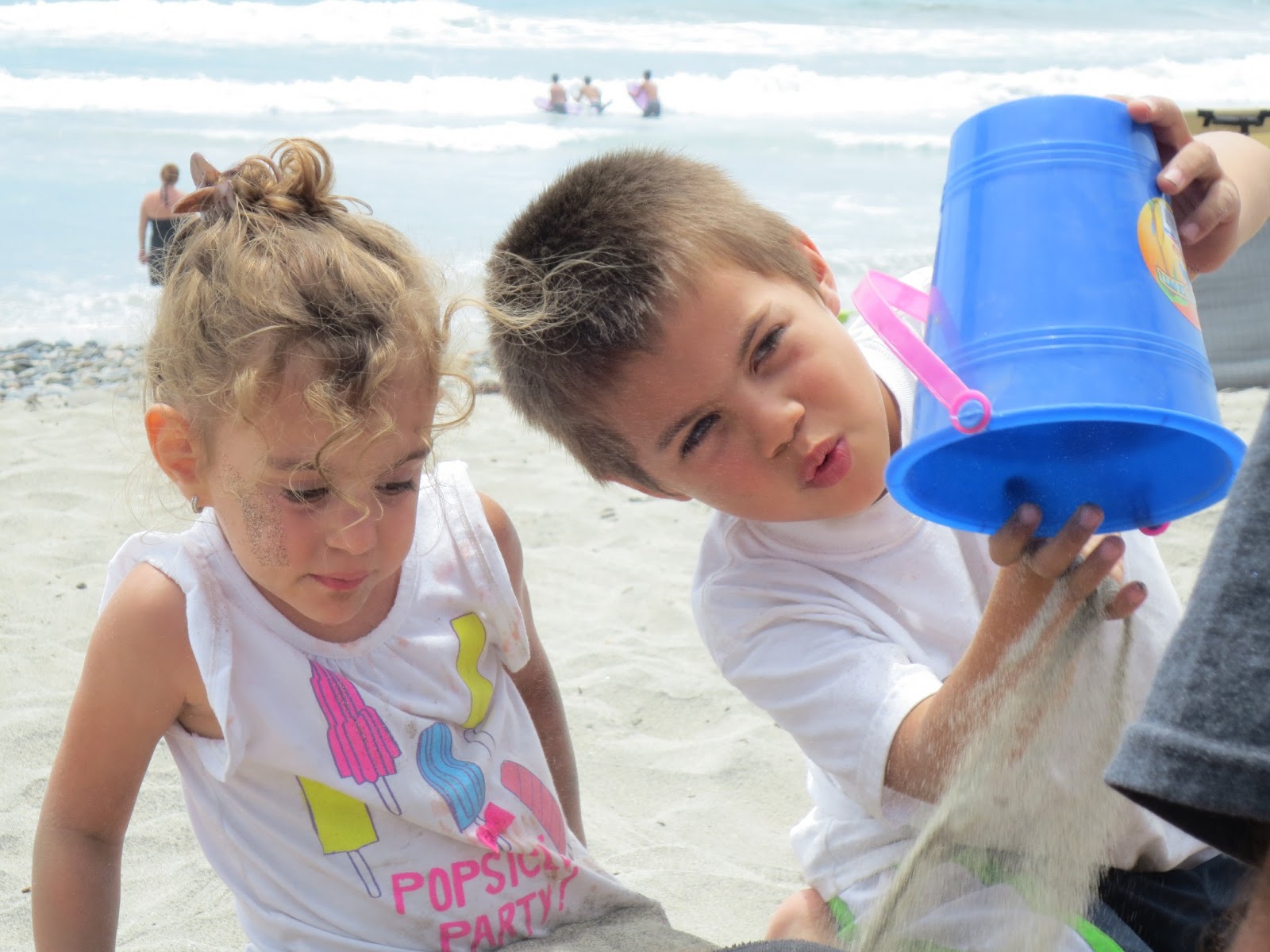 Sass wasn’t sure what was happening; she was just going to sit and watch. 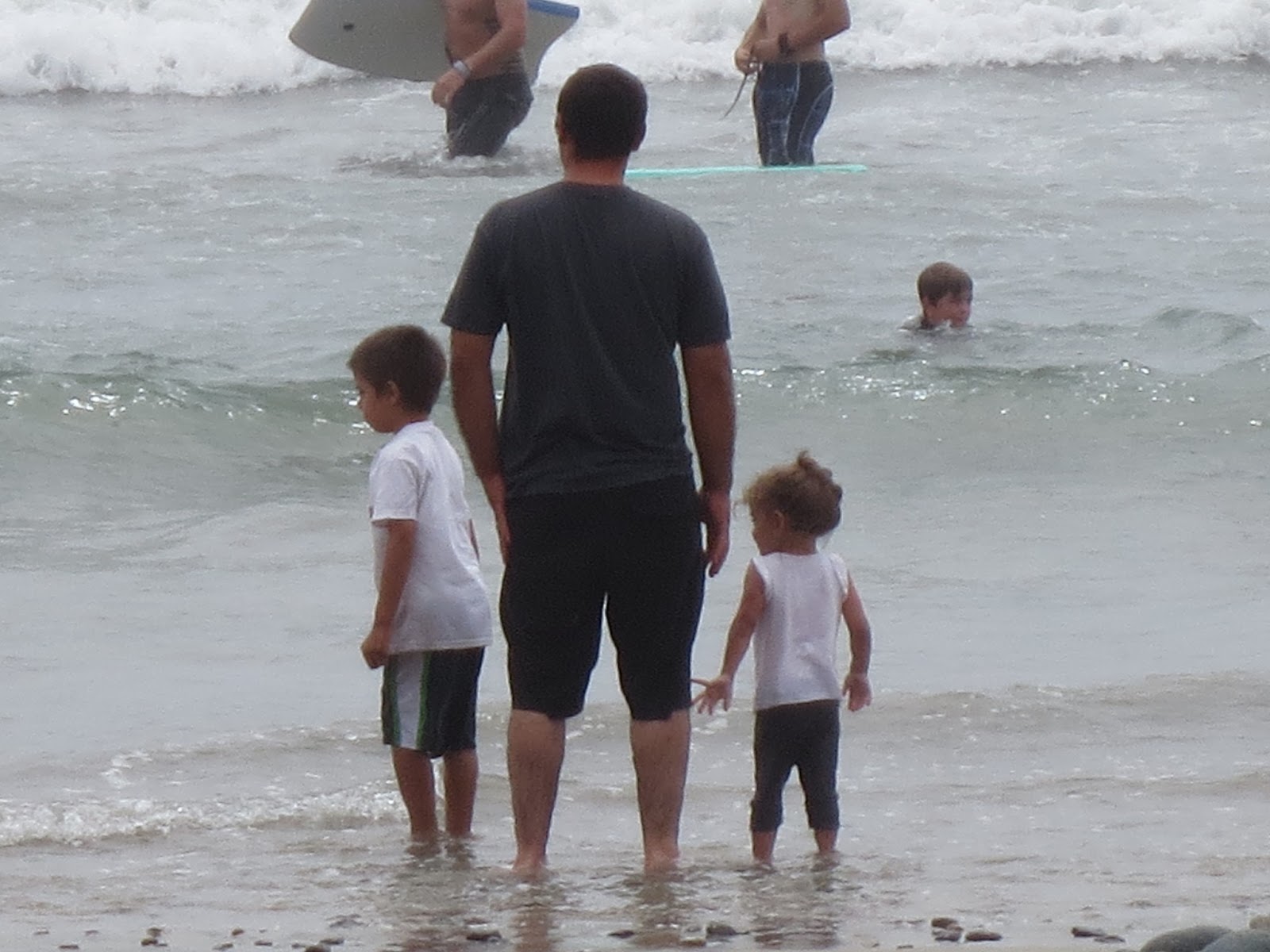 We had a lot of fun at the beach watching the kids play in the sand.

Their reactions on their faces about the water coming back and forth.

Seeing sissy’s little face conked-out in her car seat when we got home.

Now to get ALL the sand out of everything!

Thanks for stoppin by,