I know what you are thinking…what is the big deal about cupcakes!?

Well my daughter has a slight fascination with cupcakes! It’s to the point where we do not even utter the word out of our mouths…we spell it! C-U-P-C-A-K-E!!! The other fascination is ice cream, but that is for another time. 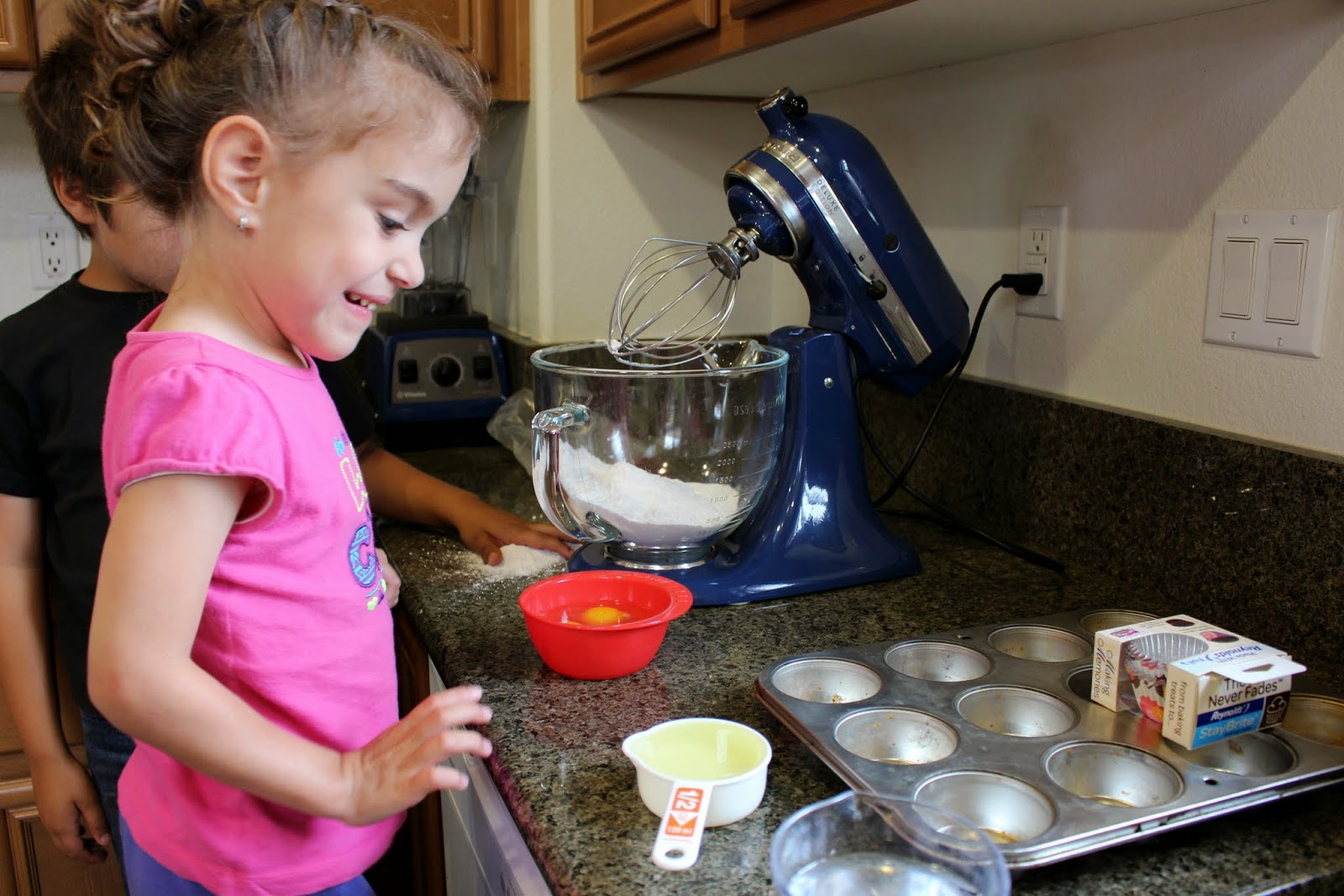 There are going to be cupcakes at parties, stores, and relative’s houses and we need to try and get her to not be so fixated on the cupcakes.

So I figured we can either, (a.) keep going cold turkey, no one say cupcake and not have them around or (b.) expose her to them more and help her deal with the cupcakes at home.

For now I am going with (b), we have been doing (a.) for a long time now and it hasn’t helped. 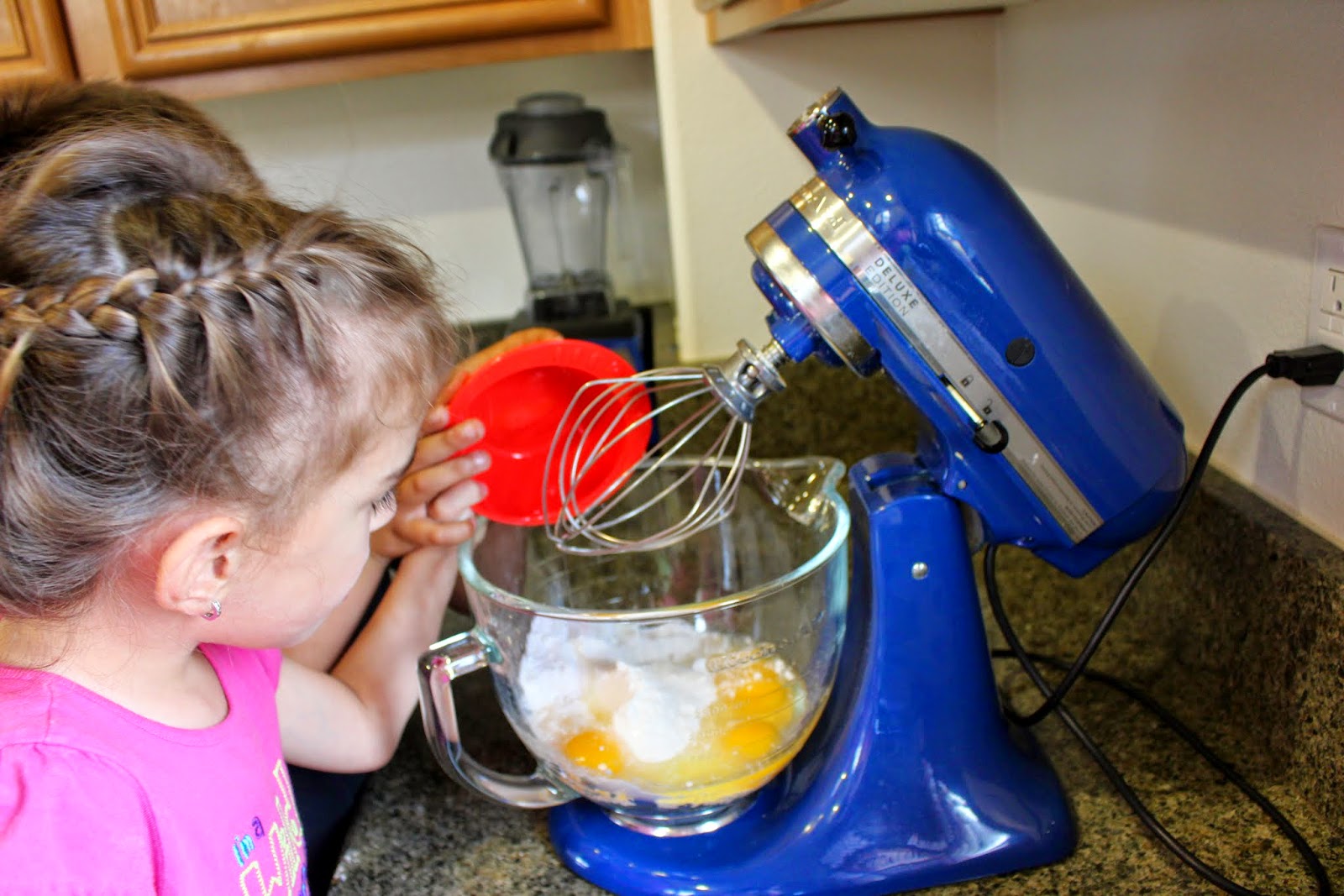 Her speech has come along way this year and I am up for the challenge. So operation cupcake is under way…so far so good!

Instead of just eating cupcakes, I wanted to get her involved with making them too.

She was so excited to make cupcakes! 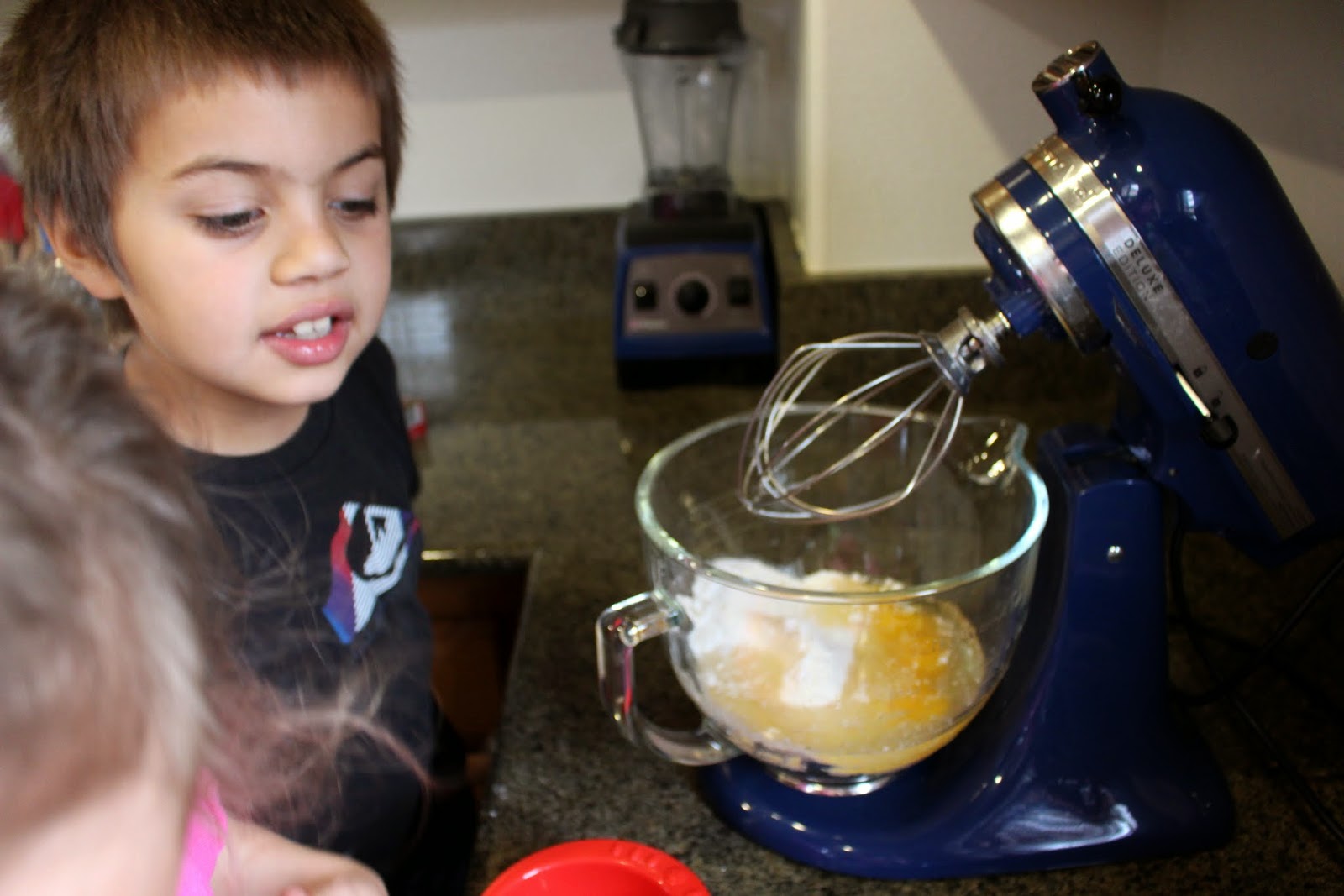 Bryce was excited to help Madison, he was the operator of the mixer. 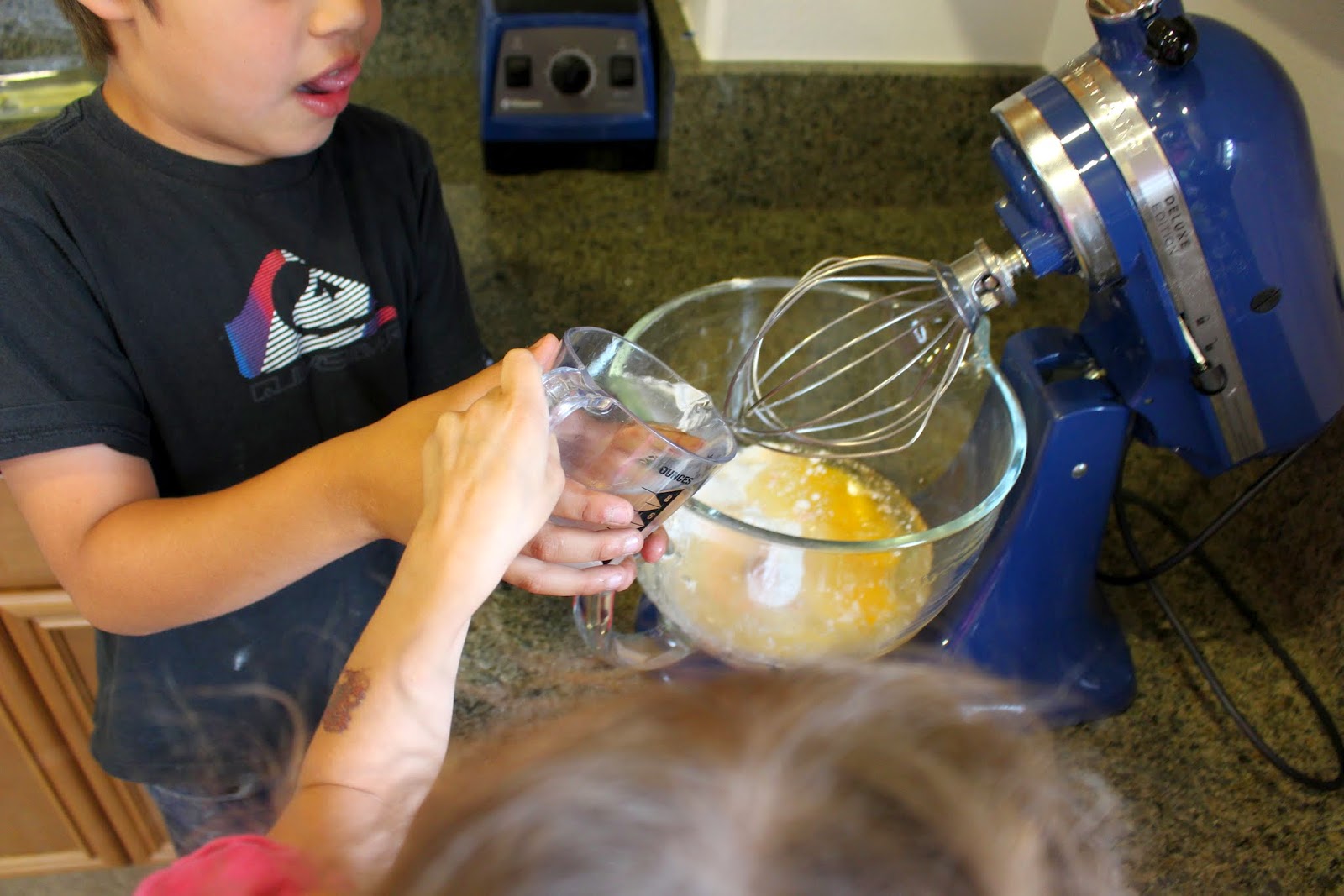 It helped Bryce work as a team with his Sister and it helped Madison follow directions. 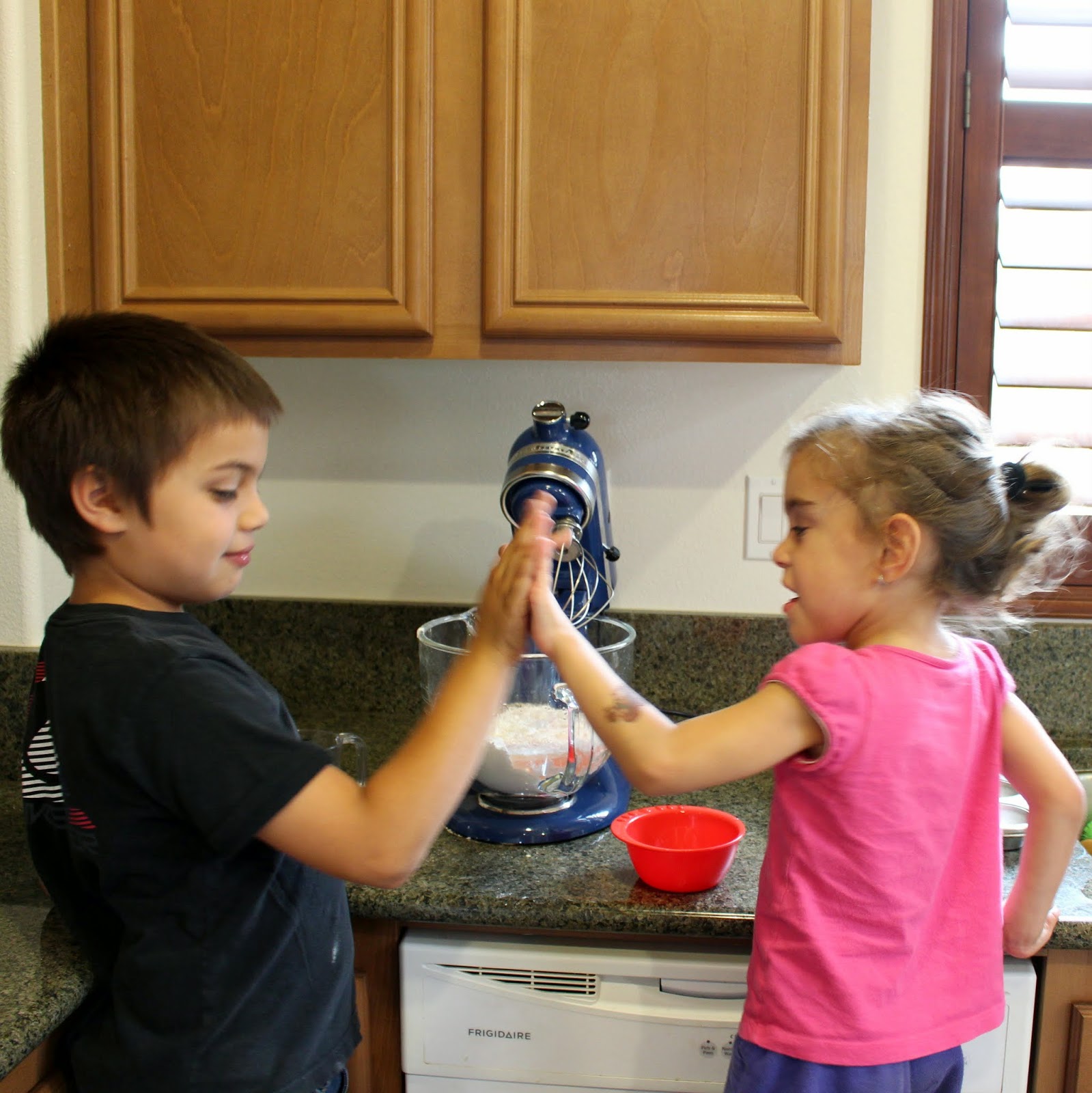 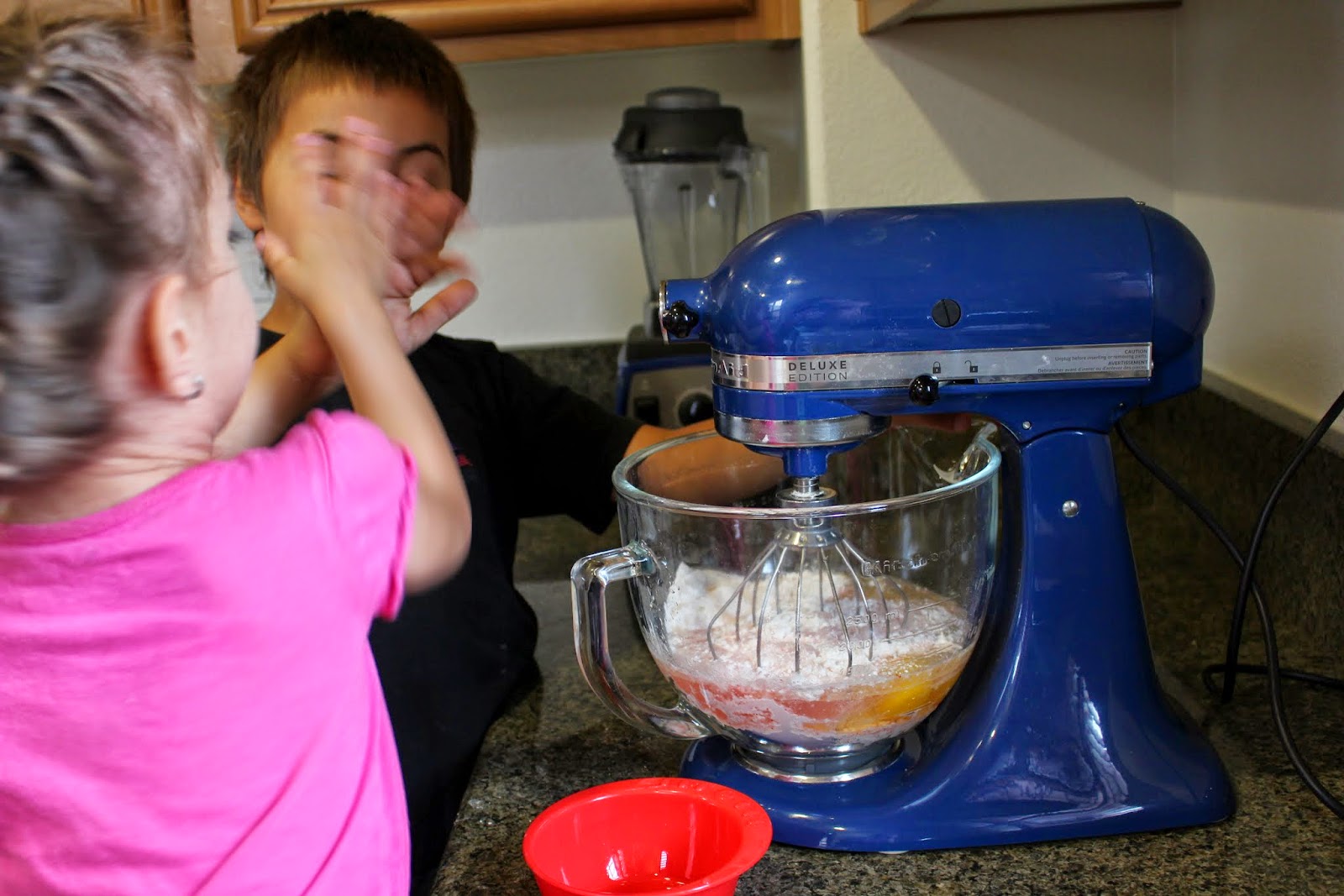 Madison thought if was so fun to high-five her brother! 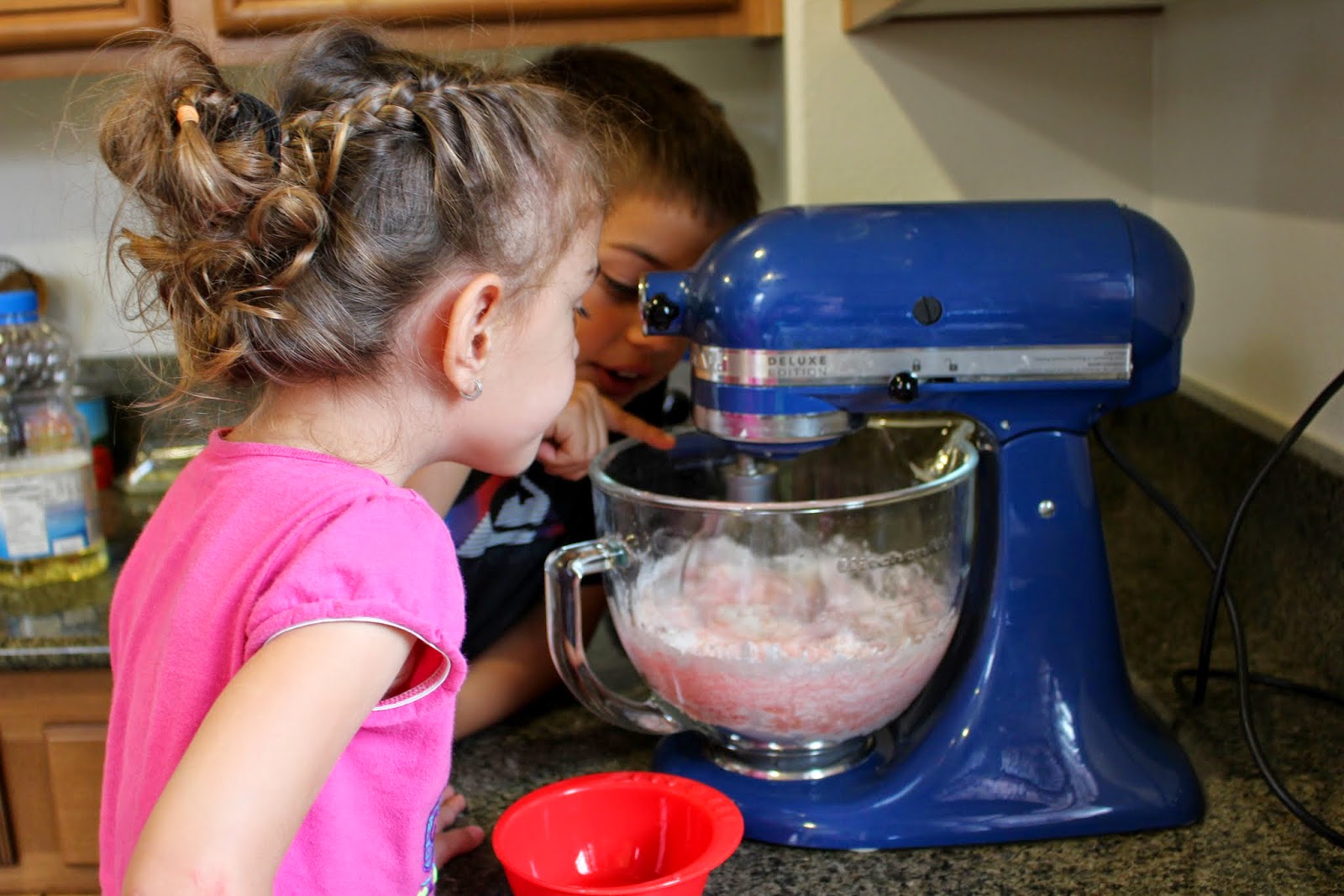 The strawberry cupcakes are starting to come together. 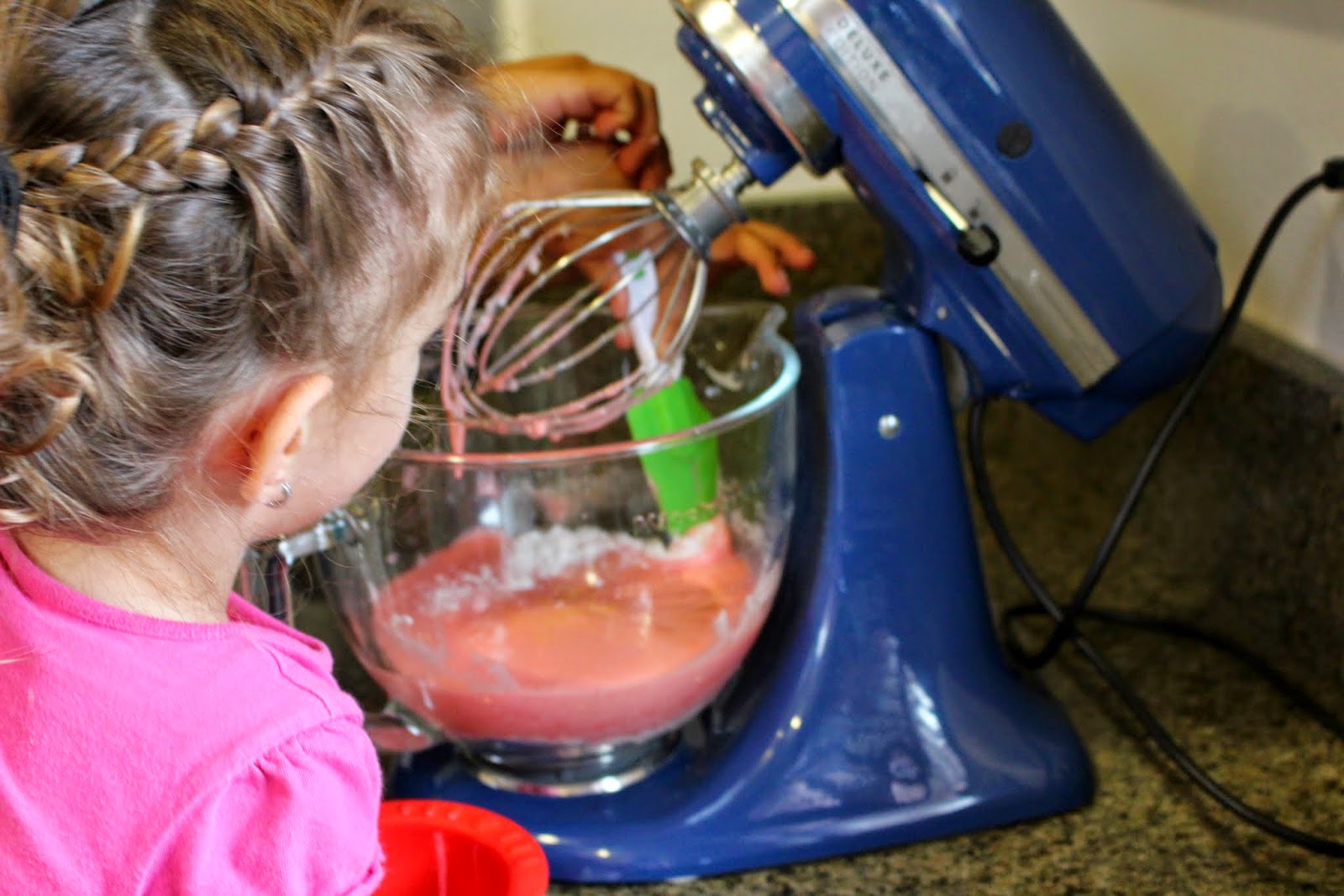 Bryce learned how to scrap down the sides of the bowl with his spatula! 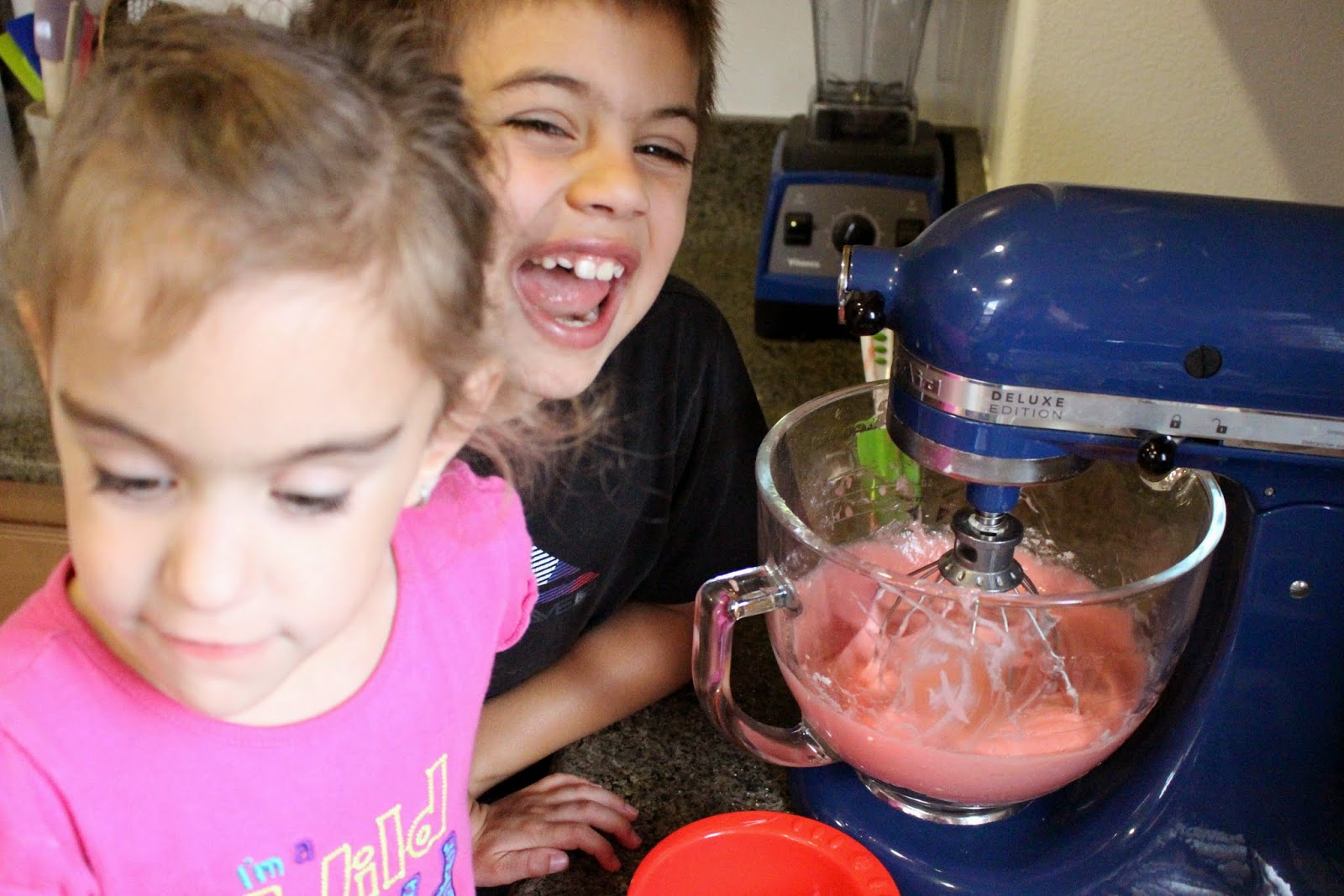 Brother-Sister outtakes while the batter was mixing… 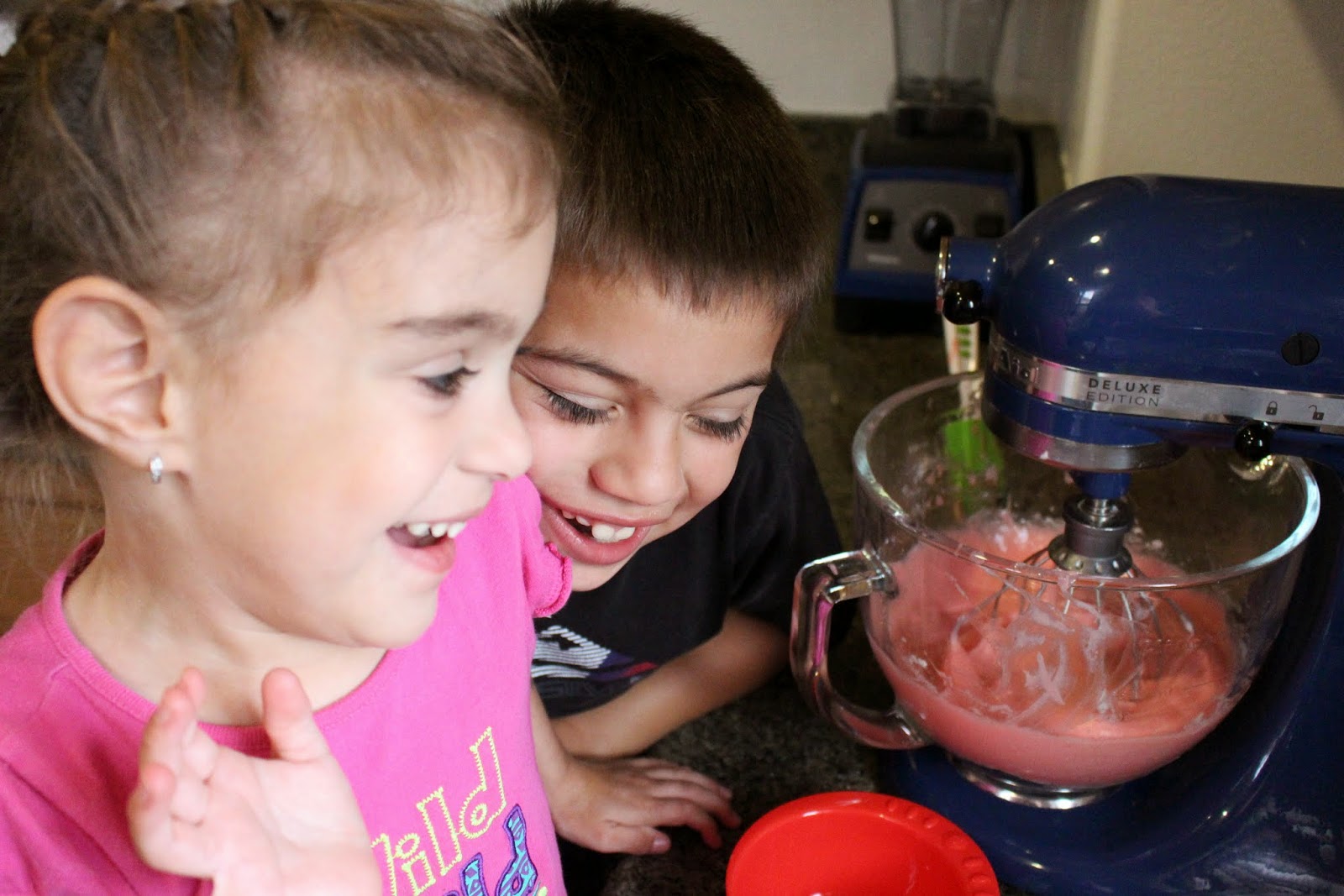 They both love each other so much!!! 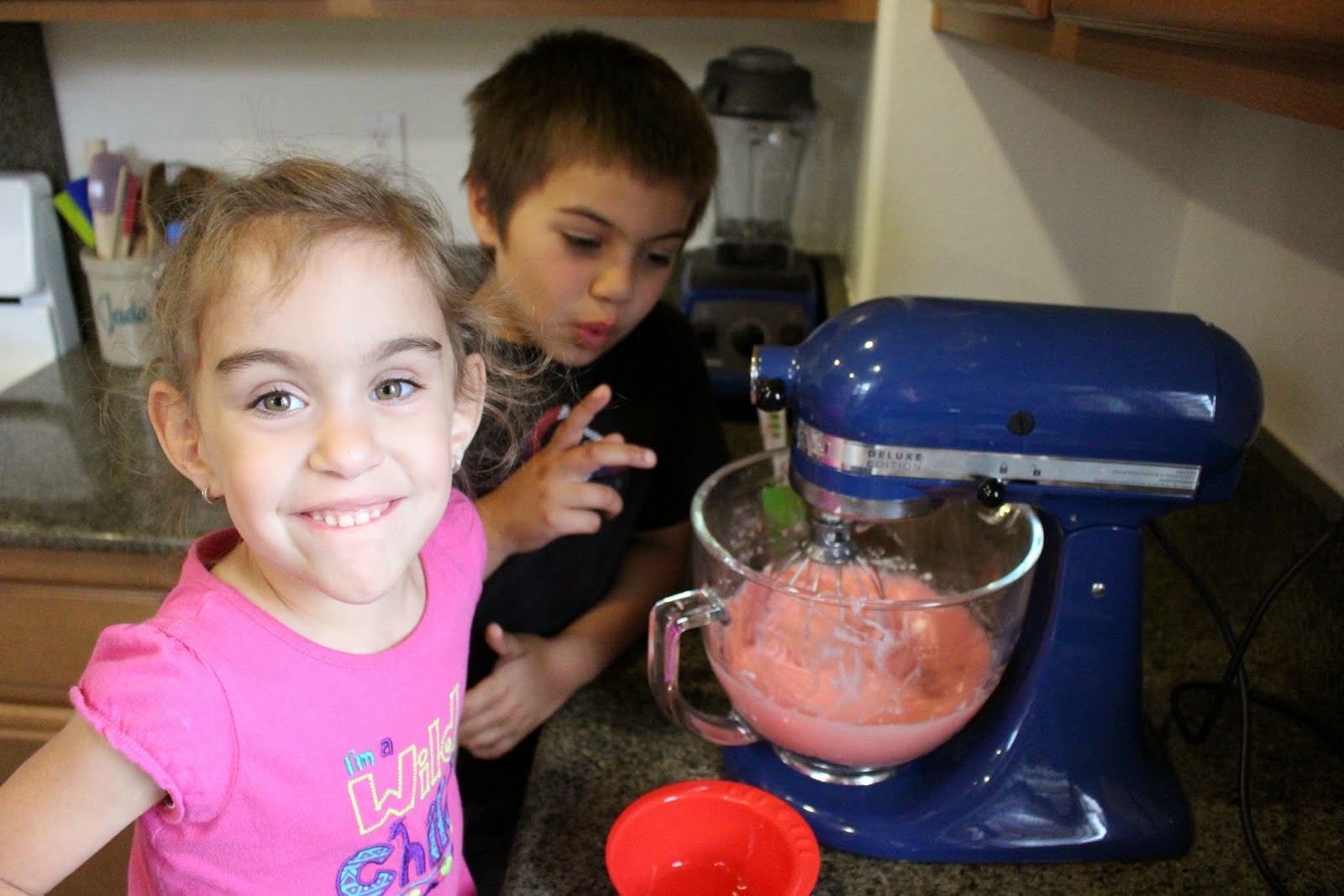 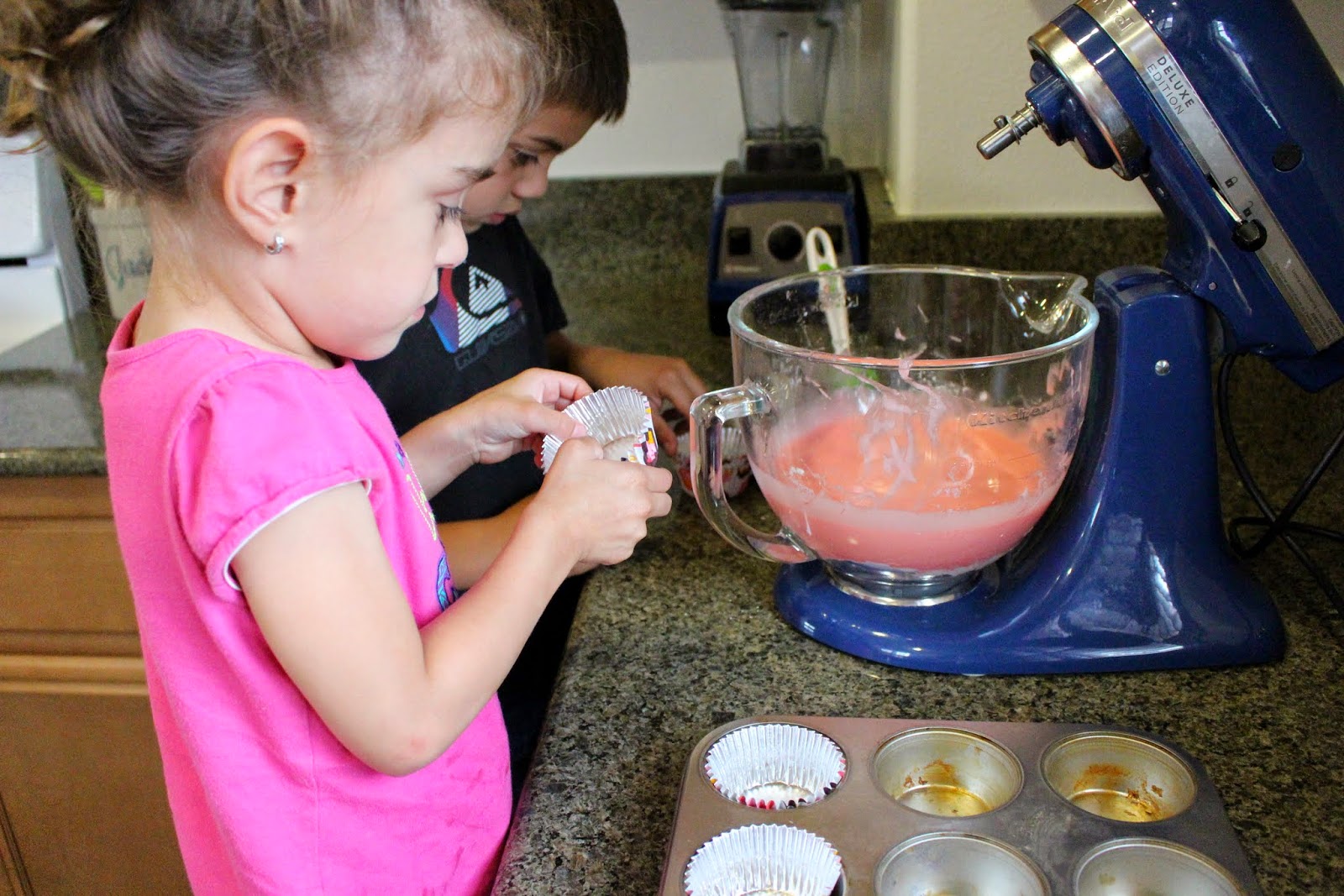 OK…back to business, Bryce was passing Madison the liners and she would place them into the cupcake pan. 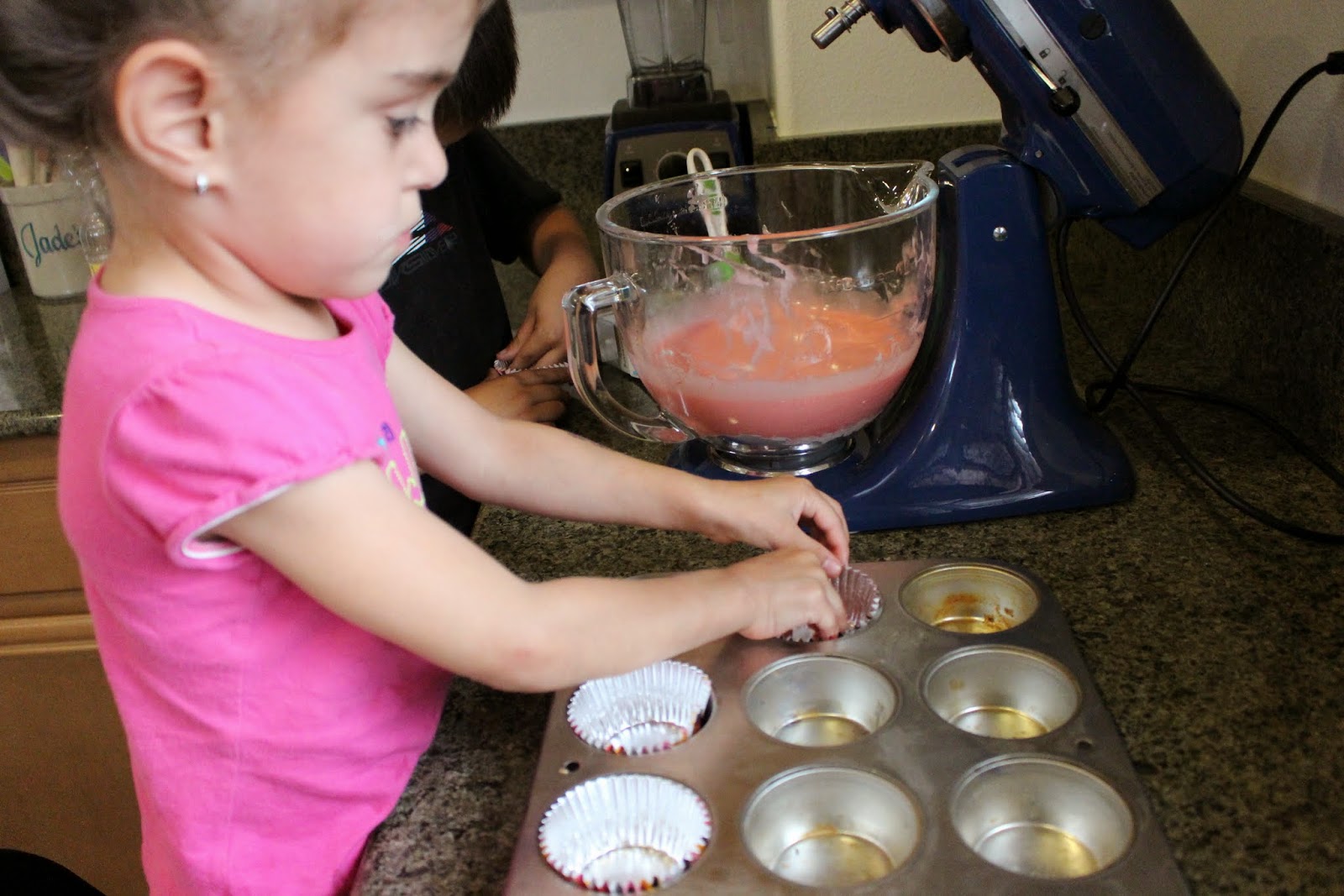 This was a great learning experience for Madison!

She had to follow direction and practice patience, which does not come easy for her.

I couldn’t of been more proud of how she did! 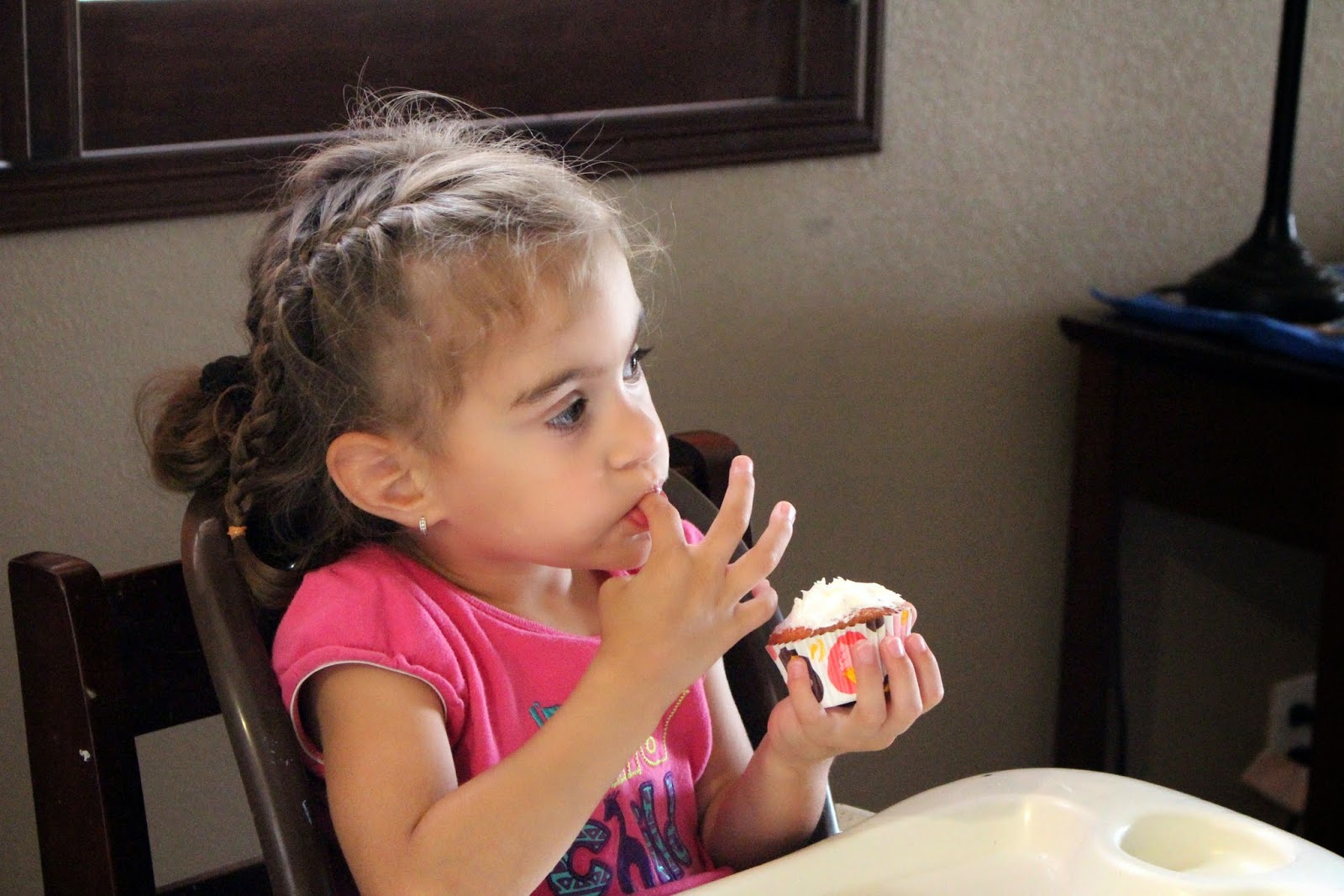 Now she could have her cake!!!

If your child has a crazy obsession with something, how do you work through it?

I would love to know…