Wow, wow, wow…I made it to day#7 of #Celebratingmotherhood!!!
This challenge has been amazing and a huge accomplishment for me, blogging 7 full blog posts in a row!!! It’s not that it’s hard for me to blog, but blogging something true to your heart, getting in the habit of snapping life as it happens to share with everyone the next day and being present to experience it with the kids was a juggling act the first day or so BUT I did it and it feels great! (and that was one long sentence, Ha!)
Like I said, I think it is good for you to set your intentions for the day or week and keep the challenge attainable. If you set a goal that is unrealistic and you don’t reach your goal it messes the whole process up. Don’t get me wrong you should always have a short term goal, medium term and long term goal in mind and reaching those short terms will help you reach your long term goal as well. 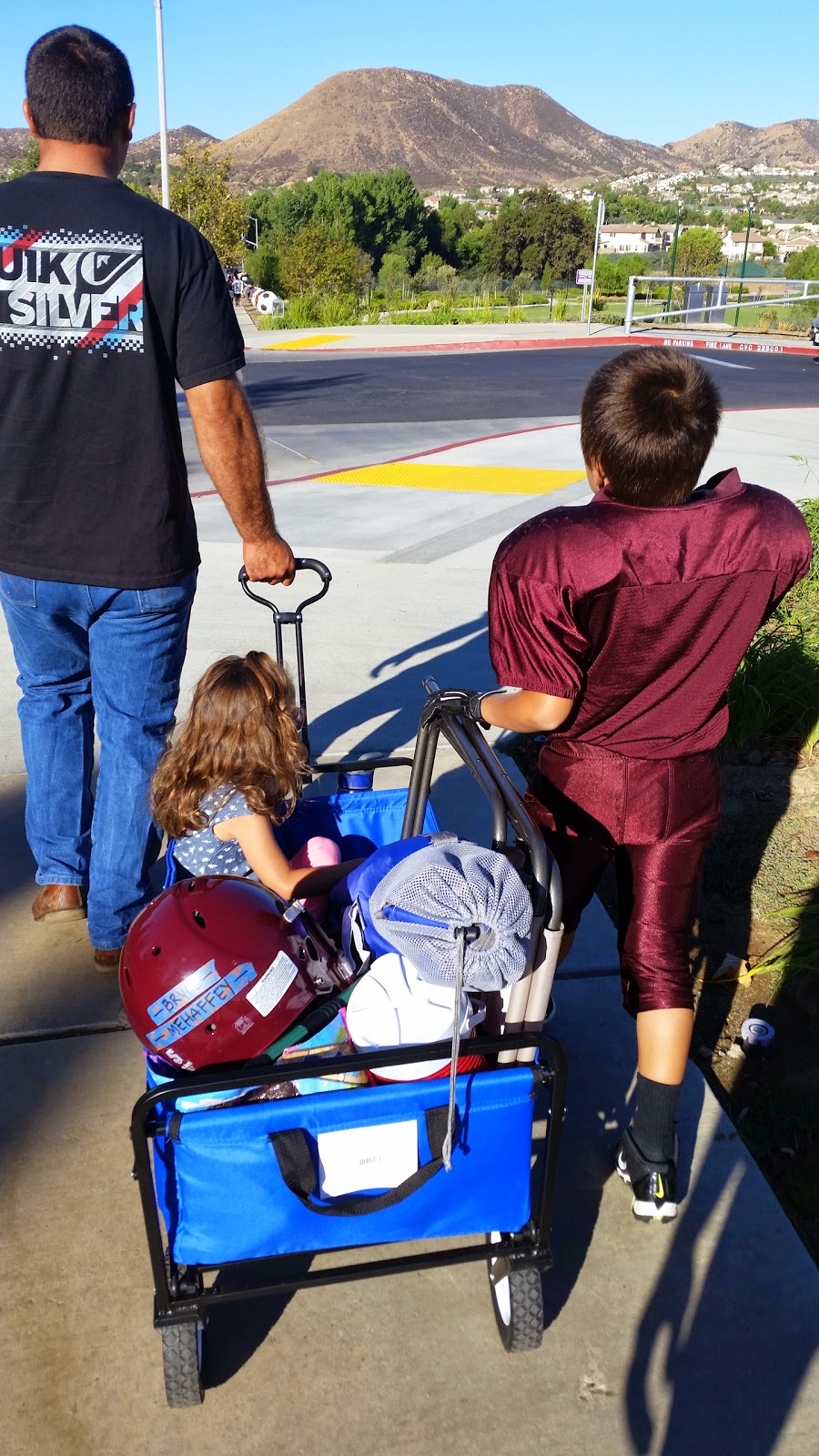 Yesterday was Bryce’s first scrimmage of the season, and his first ever football game against another team too. For his first year ever playing football he did awesome and Jer and I couldn’t be more proud of him! 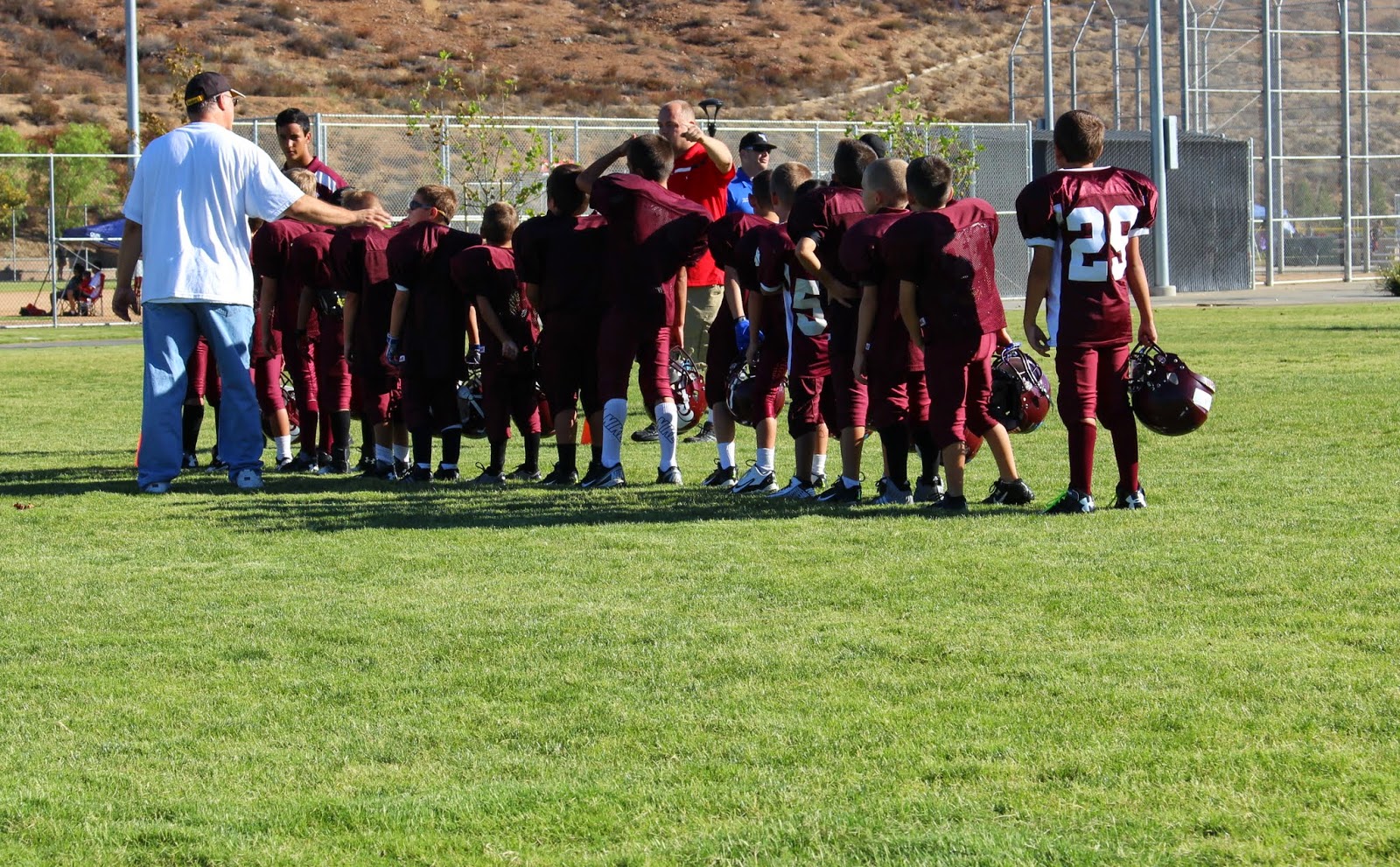 He loves his team and all the boys on it, he told me yesterday it’s like he has a whole bunch of brothers and we all have each others back. I told him you are exactly right! 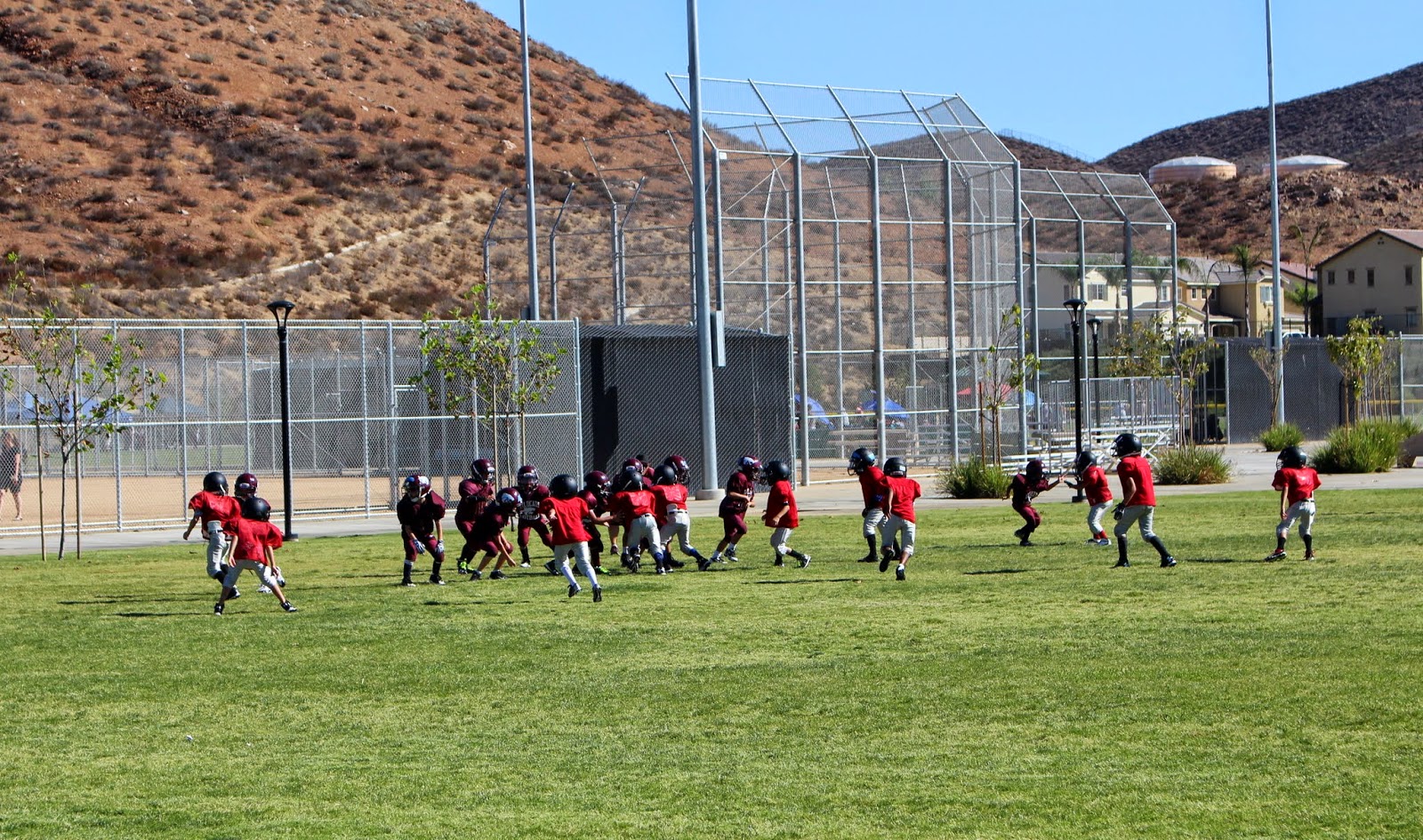 His team played very well together for only practicing as a team for a little over a week. 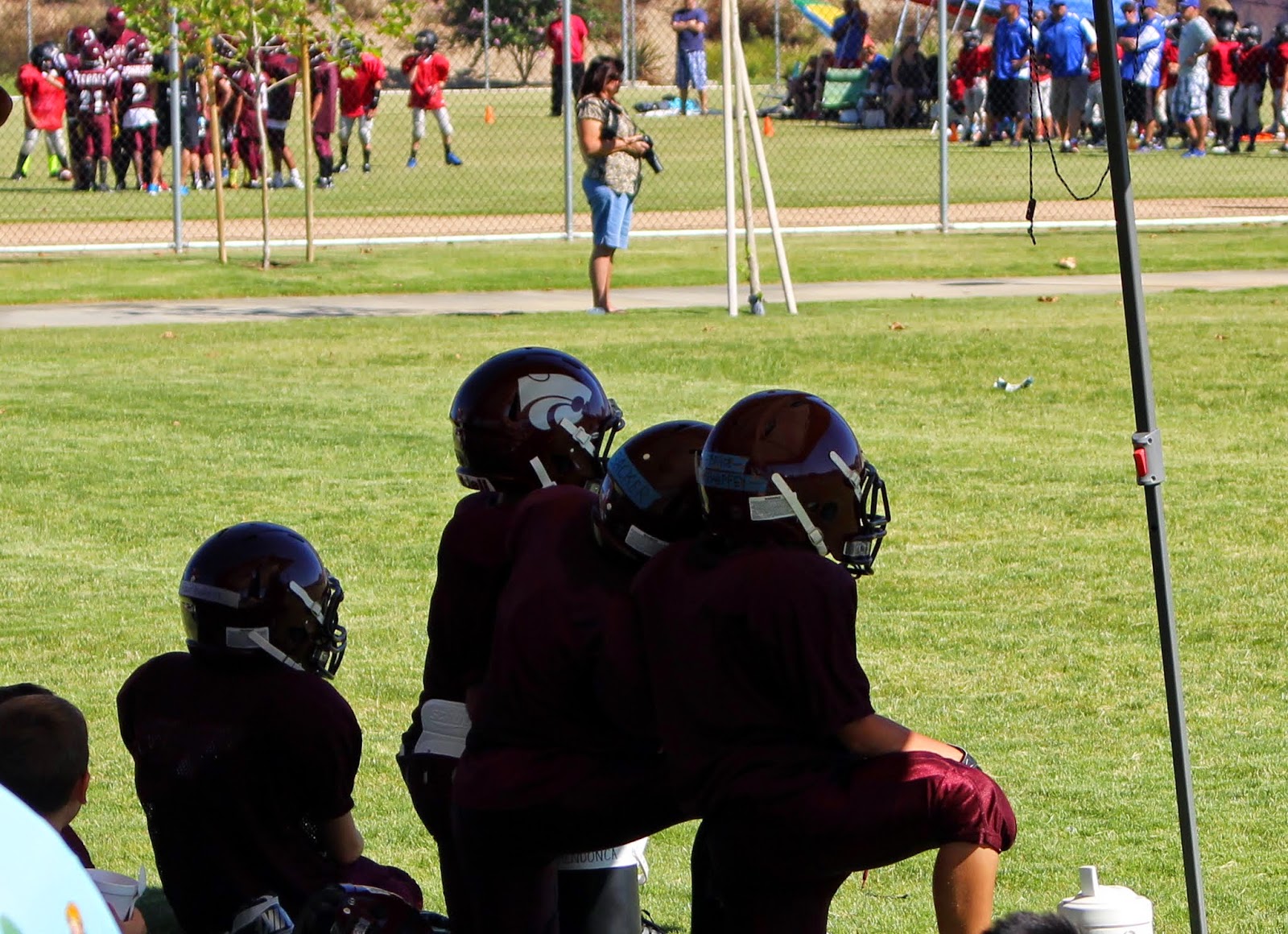 Bryce waiting his turn to go out. 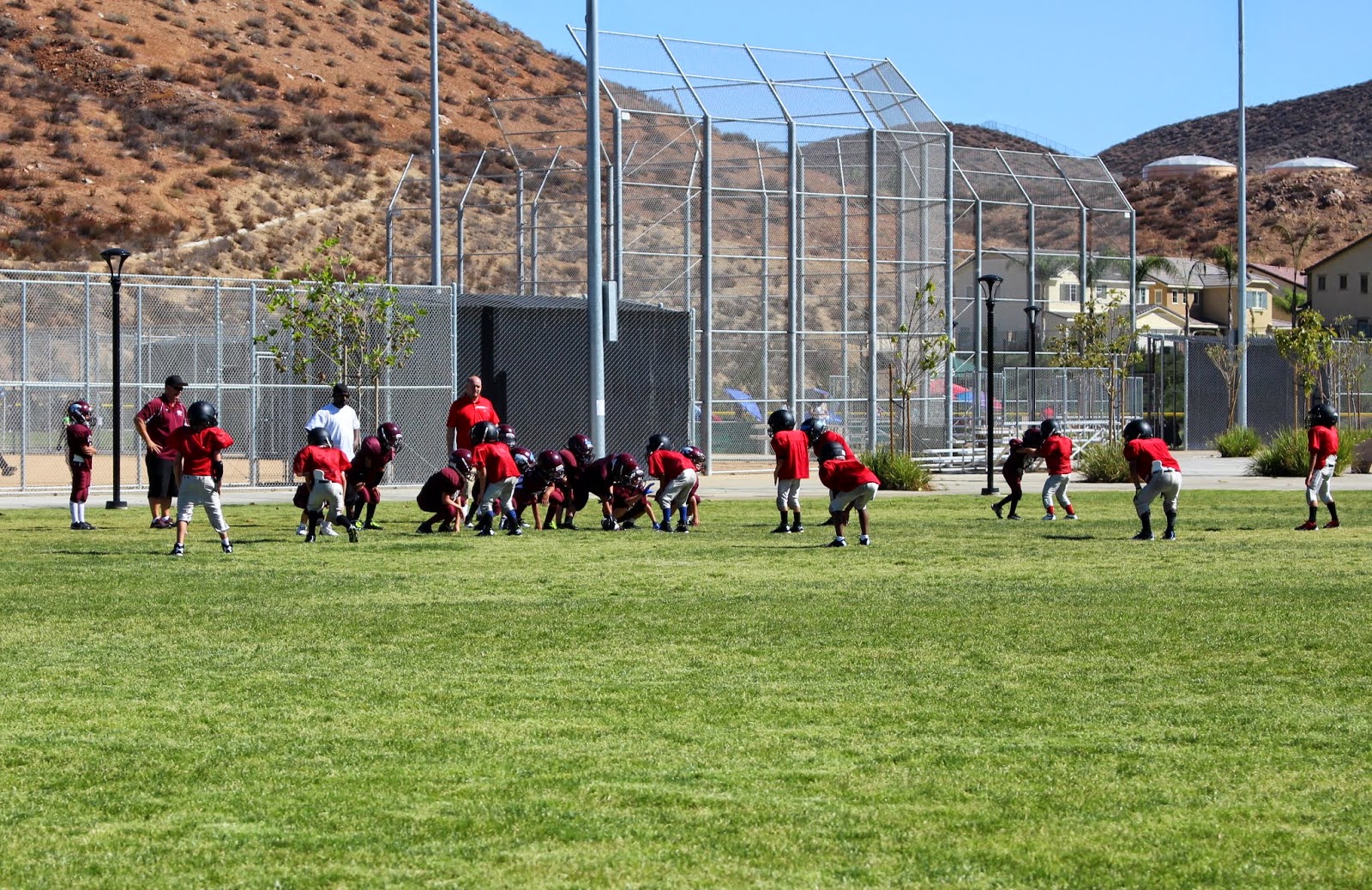 Bryce is right in the middle snapping the ball back to the quarterback. 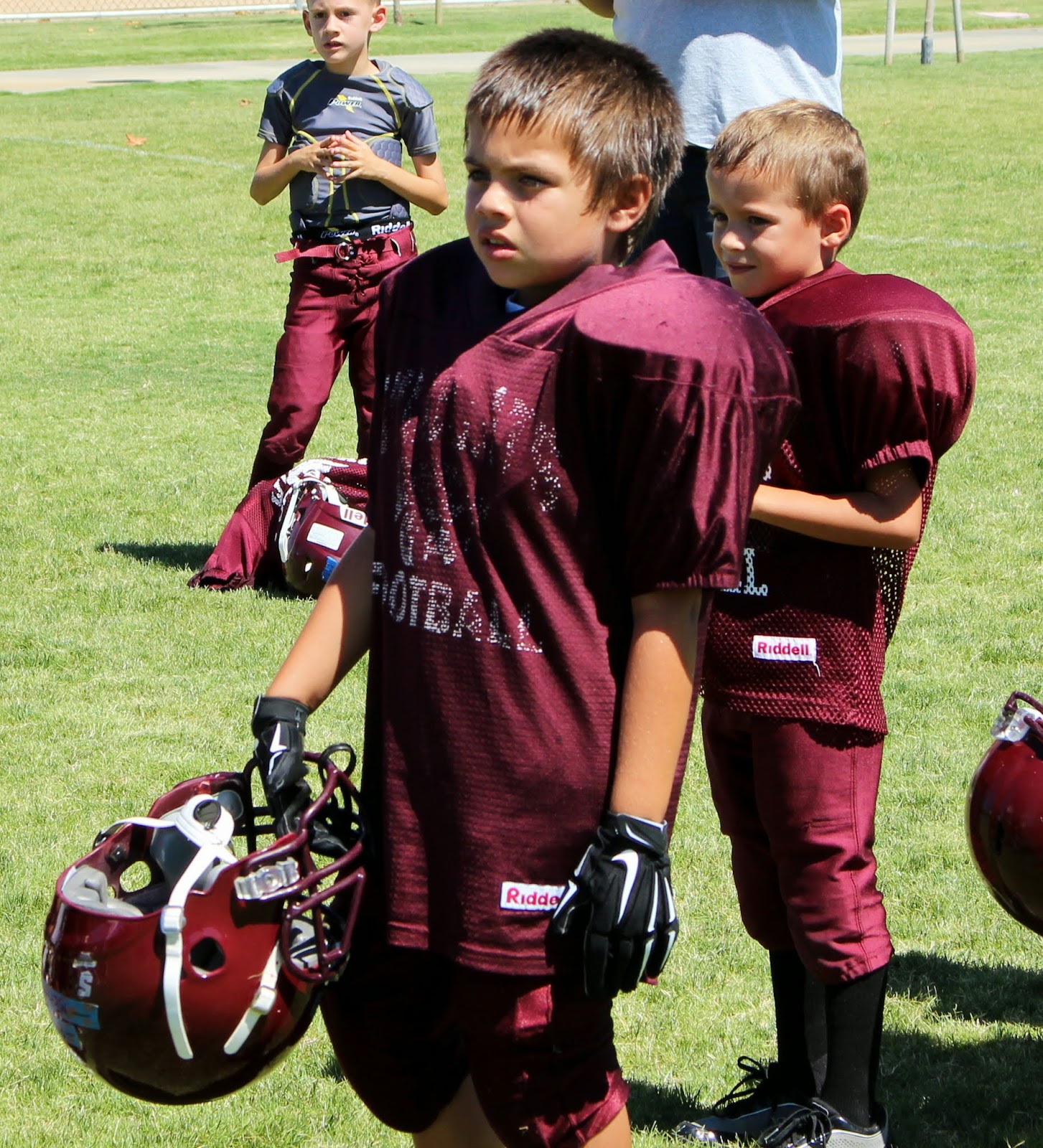 All the kids were waiting in line for their after game snack, one of the highlights for the kids…Ha! 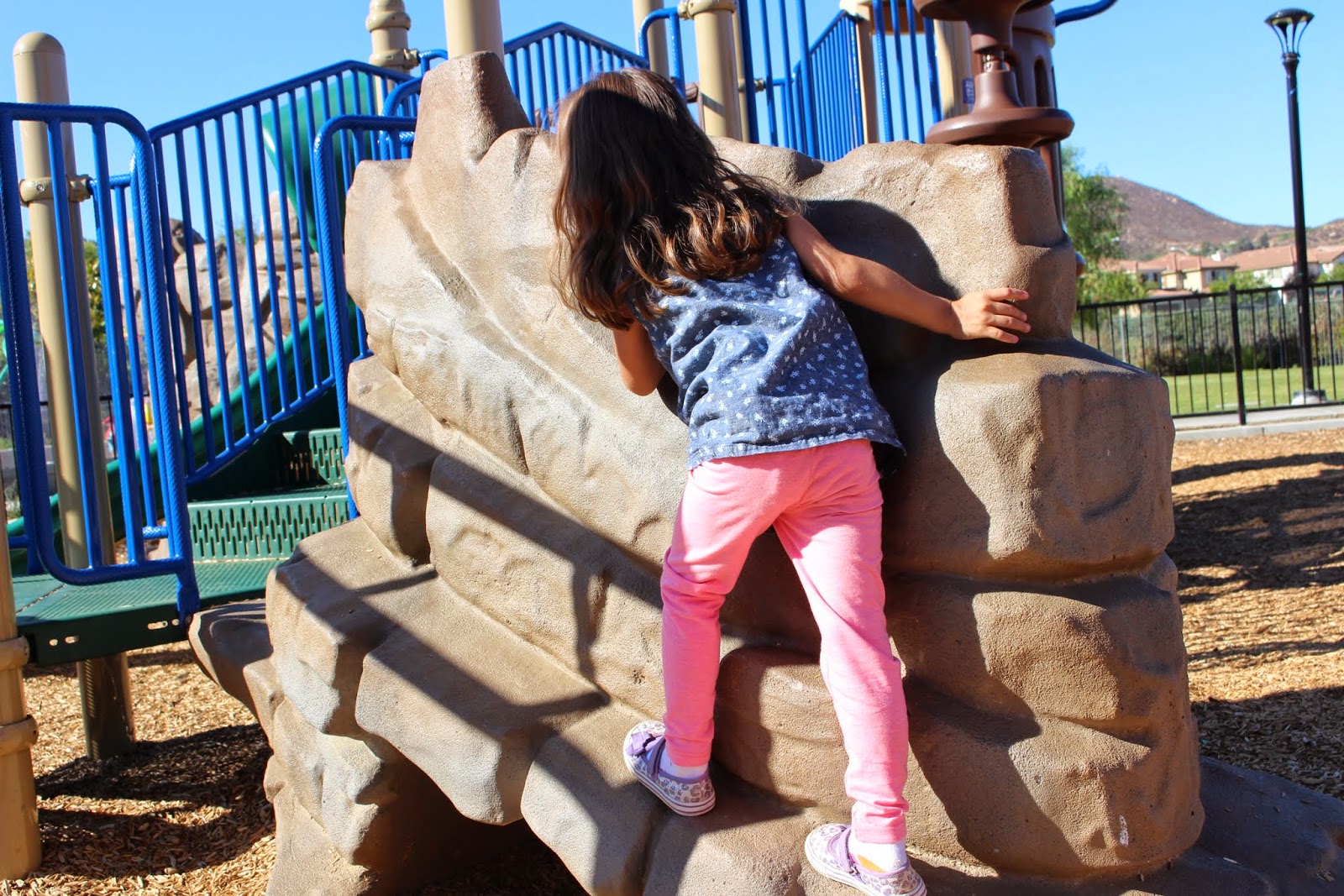 Madison loved playing on the playground at the end of the football field, Jer and I were taking turns watching her and watching the game. If only it wasn’t so HOT yesterday at 9 in the morning and we are use to the heat with working outside, but wow was it hot yesterday! 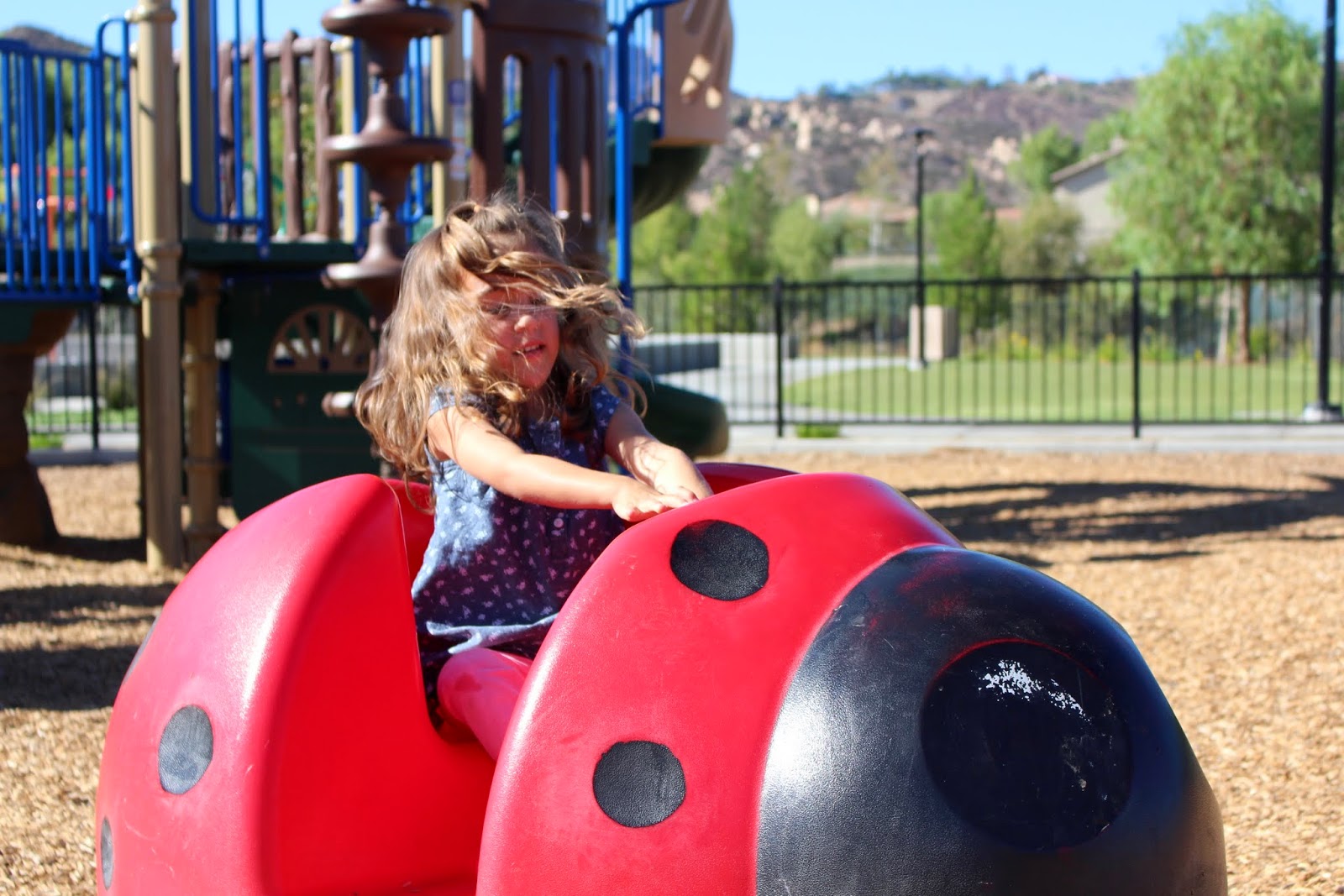 Sis loved this ladybug that rocked back-n-forth, she was rocking out! 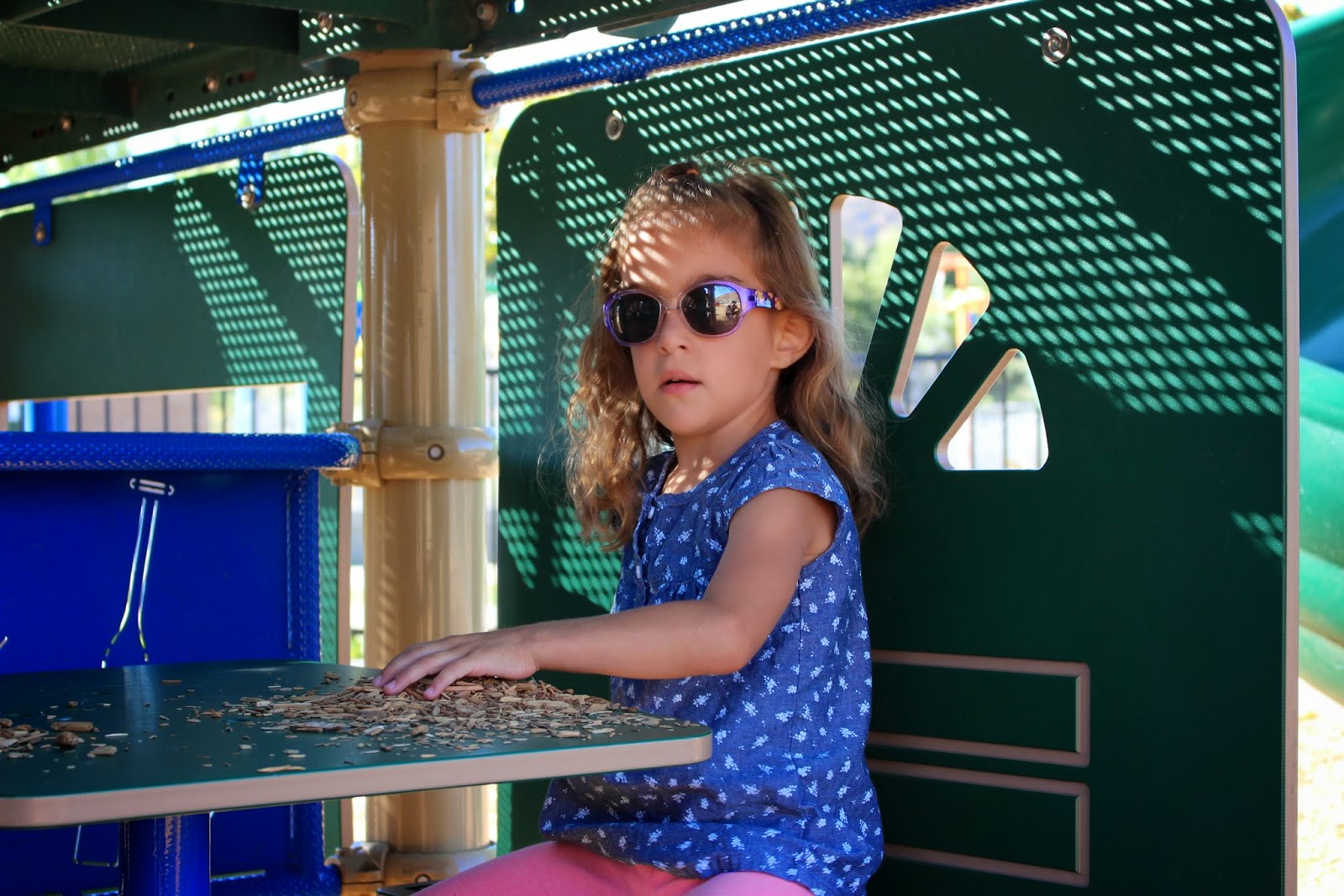 Under the playground was this cute little picnic table, relief from the sun more like it, and Madison was piling wood chips on the table saying they were pickles. Which later she almost got in a fight with another little girl when she was telling Madison they were clearly wood chips NOT pickles. 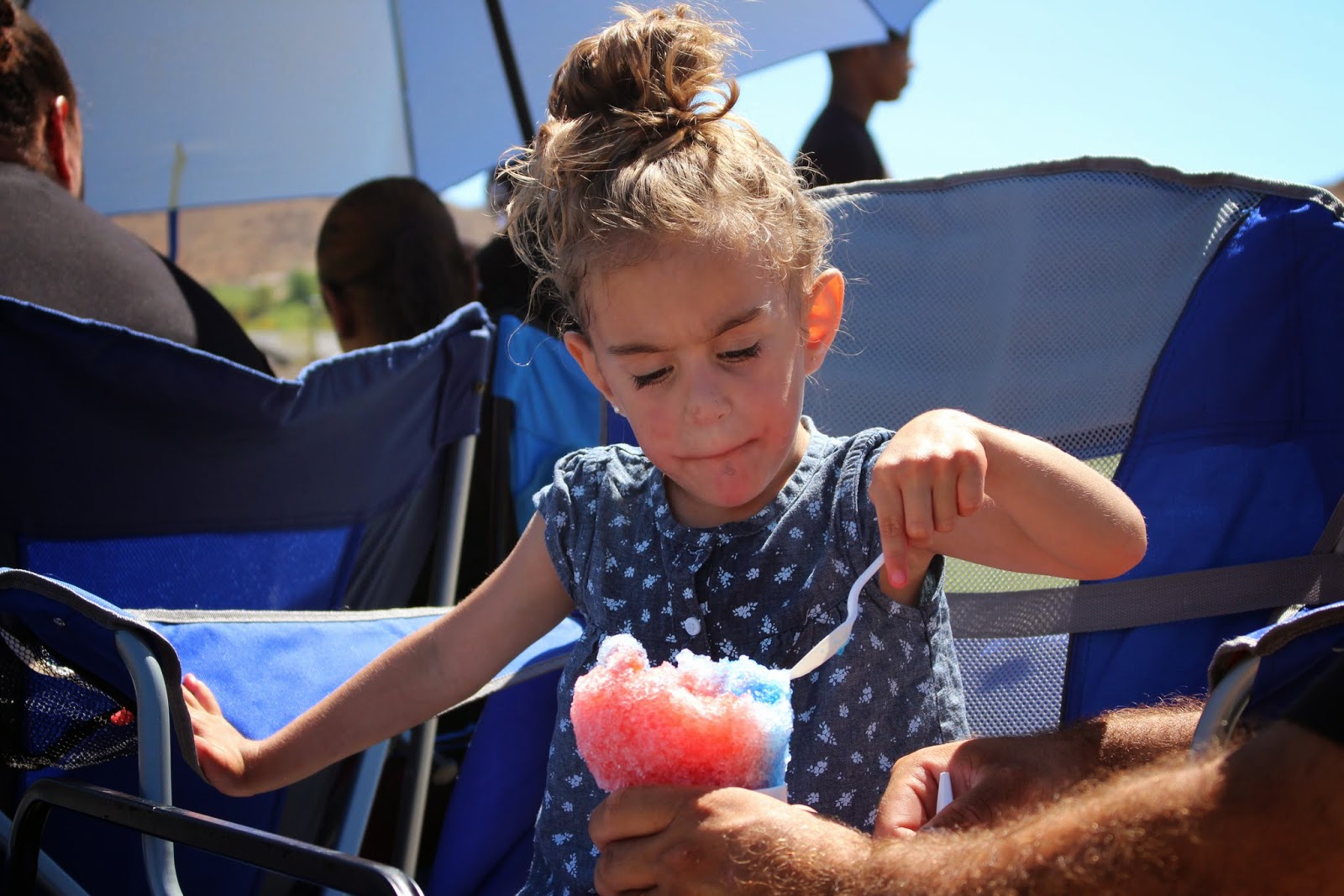 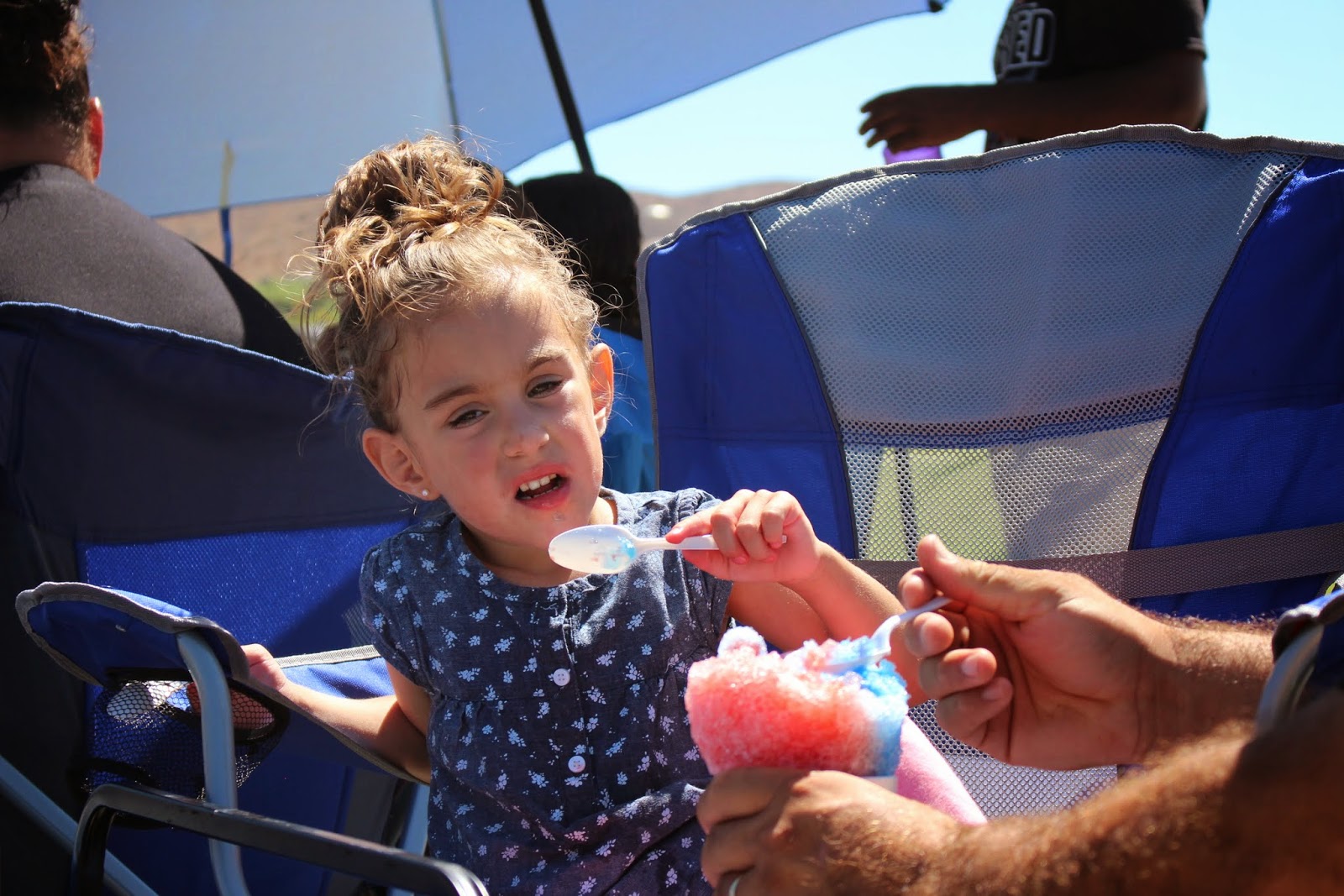 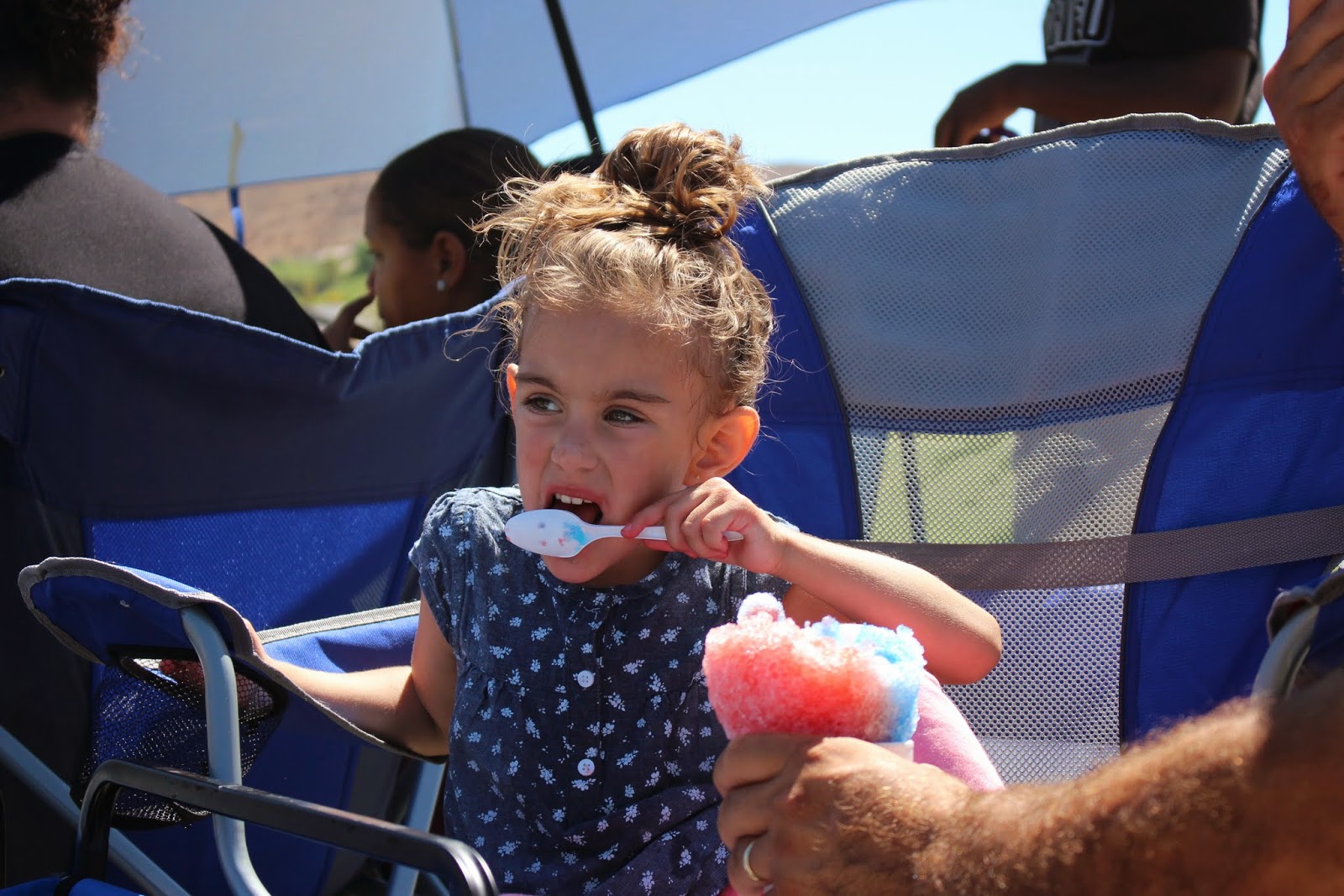 To try and keep Madison cool and in place, she was downing Hawaiian shaved ice, which hit the spot by the way!

After we all came home exhausted from the heat, we made lunch and Madison and Dad took a much needed nap. Bryce and I on the other hand went to Kohl’s and Target to pick up a few things he needed,clothes wise, for back to school on the 25th. 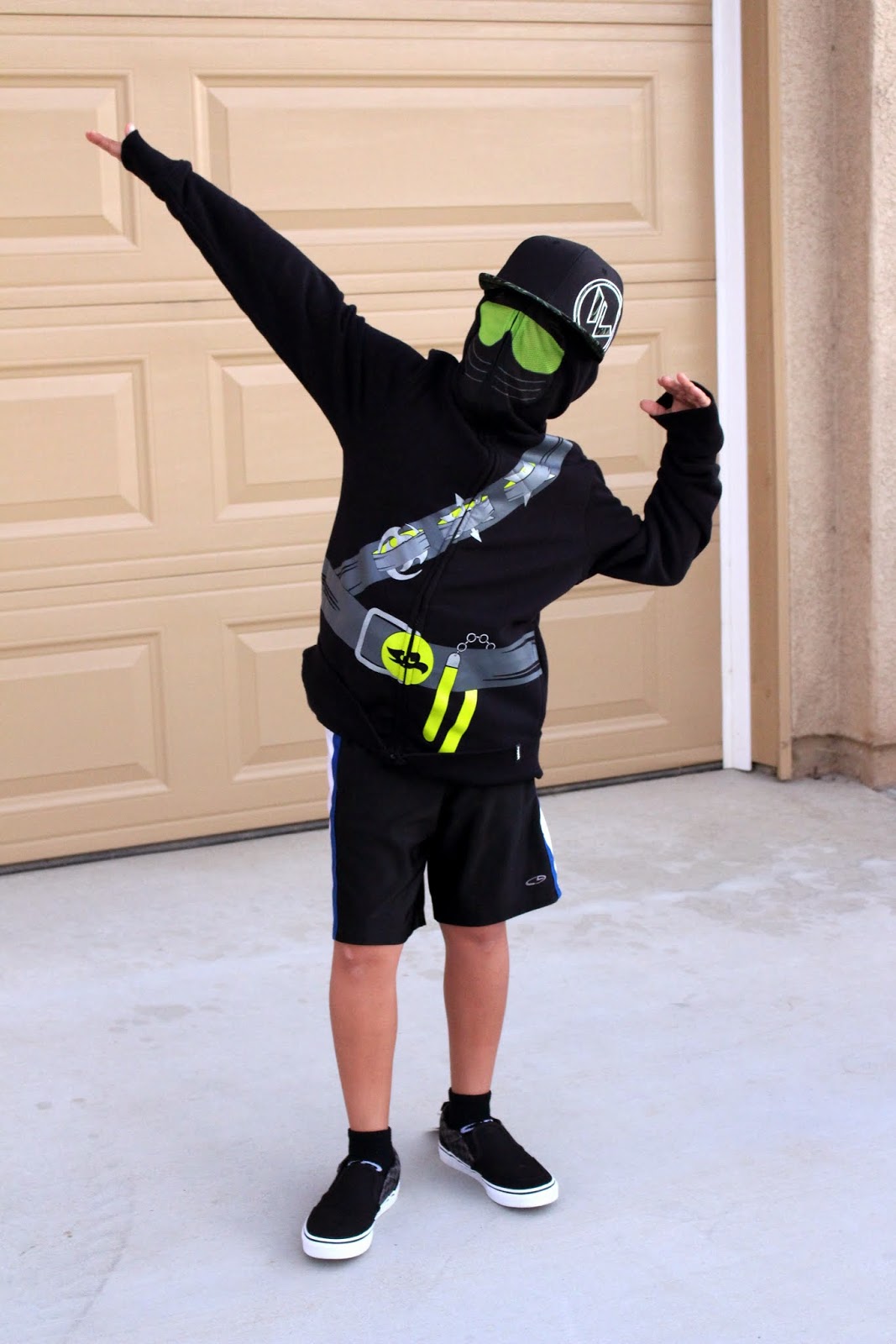 As you can tell this is Bryce’s favorite sweatshirt he picked out yesterday! 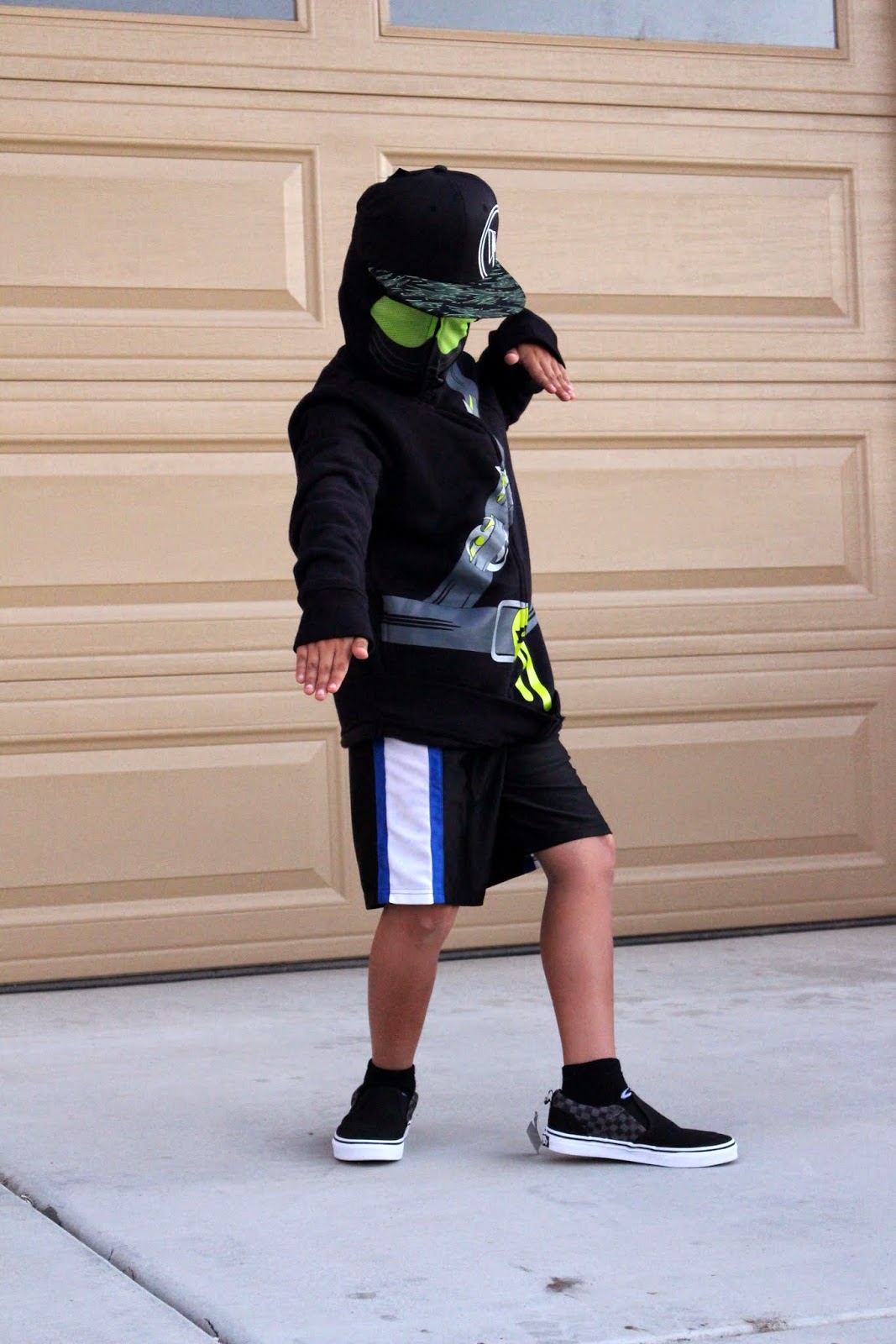 Bryce picked out new school shoes, a hat and a sweatshirt which he is clearly feelin right now! 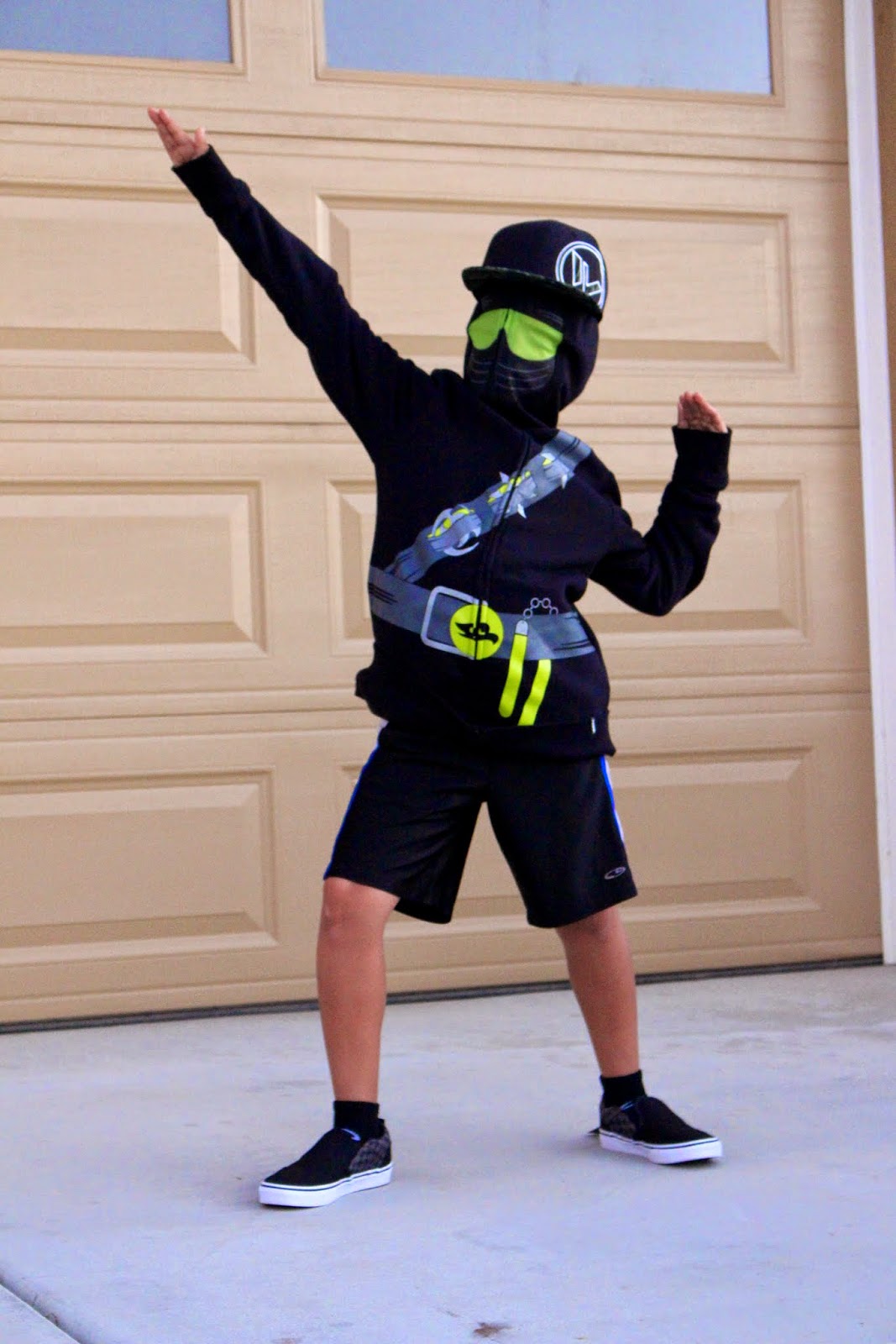 This pose is Bryce’s classic Ba-Bammm pose, I can’t express it enough, he loves this themed clothing. 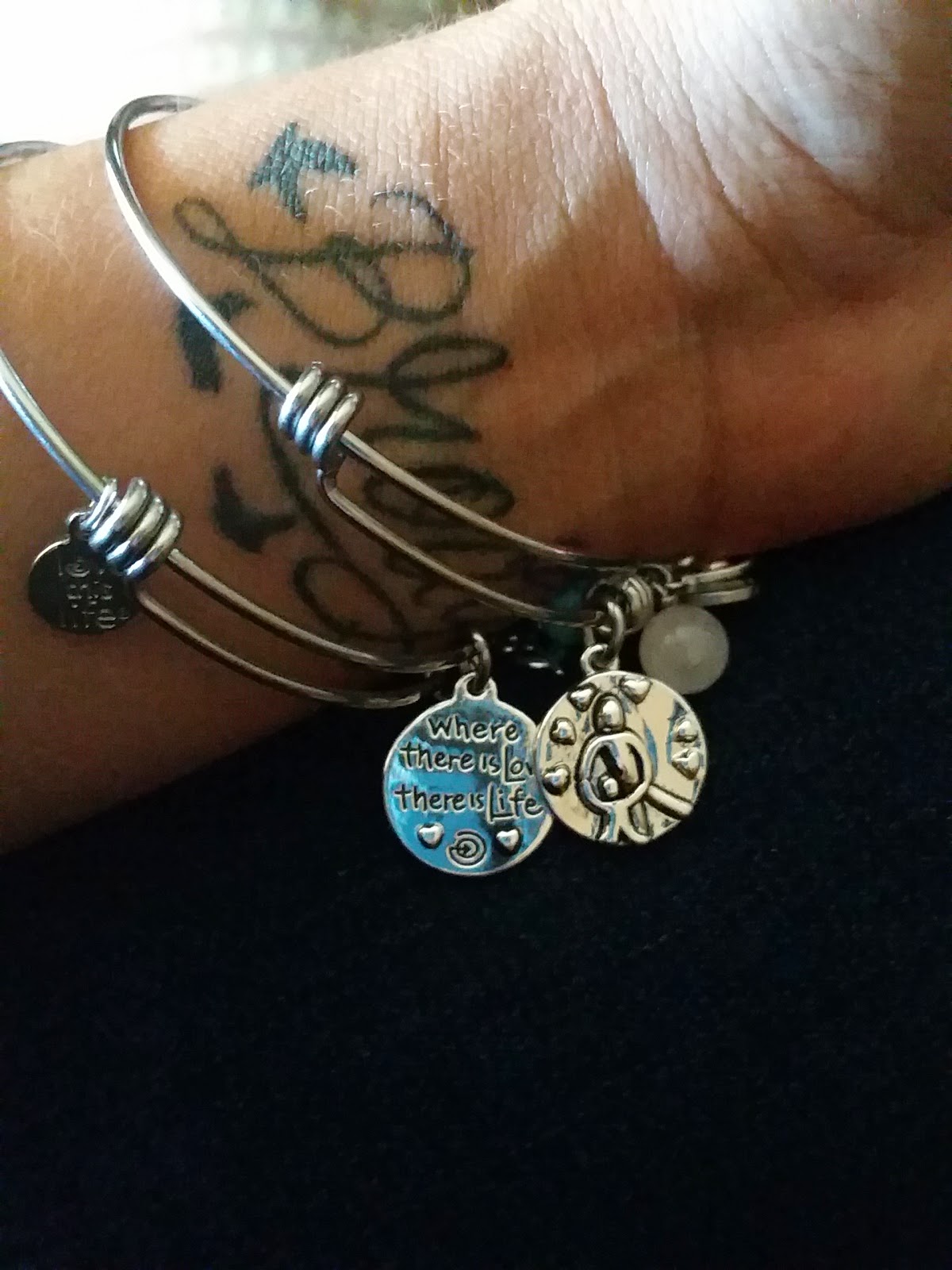 Say hello to my new #focusbracelets, I picked these up at Kohl’s for $17.99. One represents motherhood and the meaning behind it and the other represents loving this life. During this challenge I have learned I need a physical thing to look at or touch to remind me what I want to accomplish with being a Mom and striving to be present in both of their lives.

I loved this challenge and what it has done for me physically, mentally and emotionally and I recommend for you to set your own challenge for yourself for whatever it is your struggling with. Make it something attainable and pick something that is weighing heavy on you, so you can help lift it off.

I hope you enjoyed going down this road with me and seeing the pictures I posted everyday.

Have an AWESOME Sunday,