Some of the things I like photographing besides the kids are sunrises, sunsets, food and animals. (In no particular order of course.)

In this past week we stayed two nights with my Mom while my Dad was out of town. And in those two days the kids and I took numerous morning walks and after-dinner walks as a family. I can’t help but take pictures of the beauty of the outdoors. When the sun goes behind the clouds and peaks through across the sky makes for the most, “stop you in your tracks” moments.

Majority of the pictures were taken through out the evening…sorta in a time lapse way. 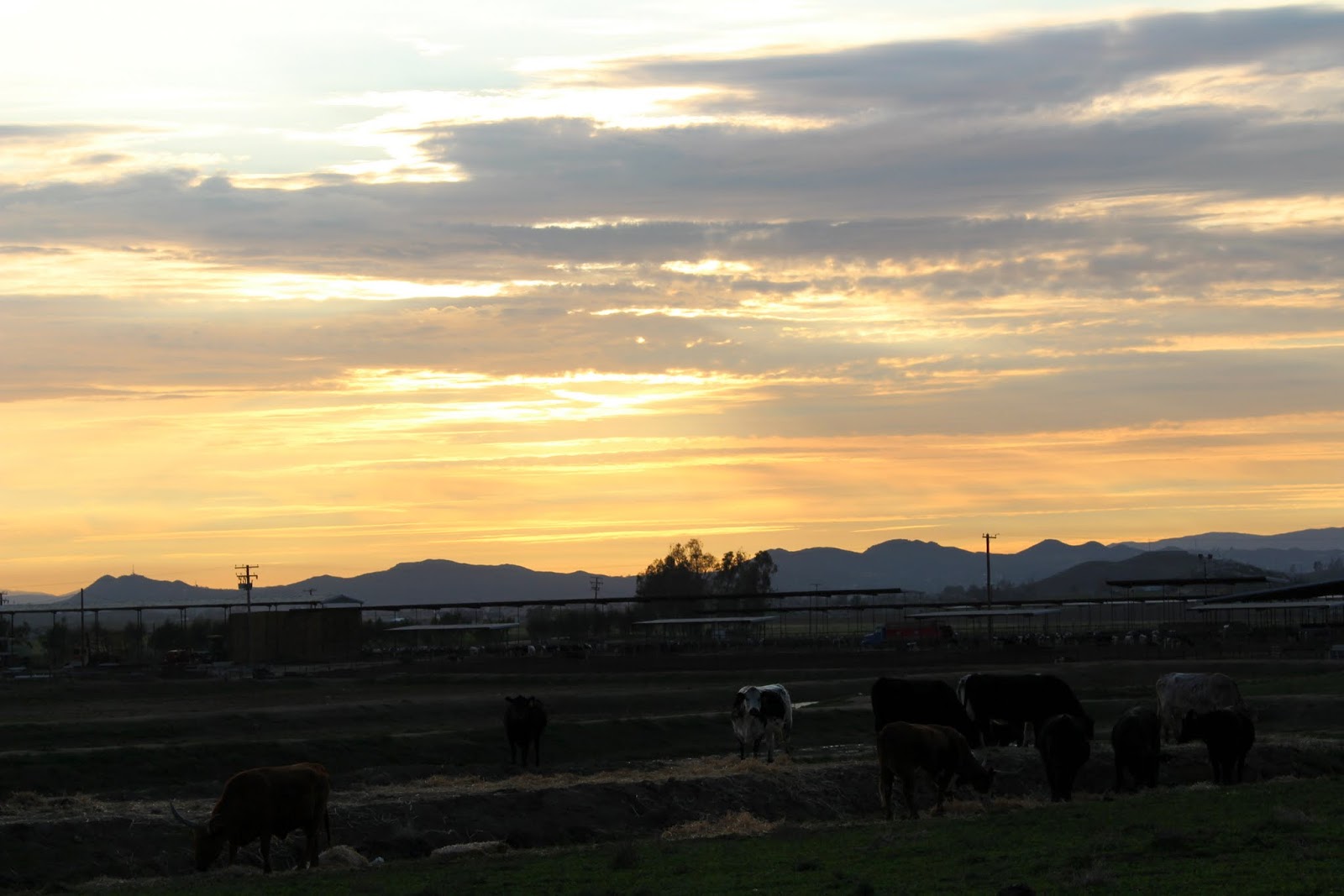 When I was driving into the dairy, this front pasture sits along the left side of the road and I had to stop and take a picture of the beautiful sky and the cows in the fore front eating. 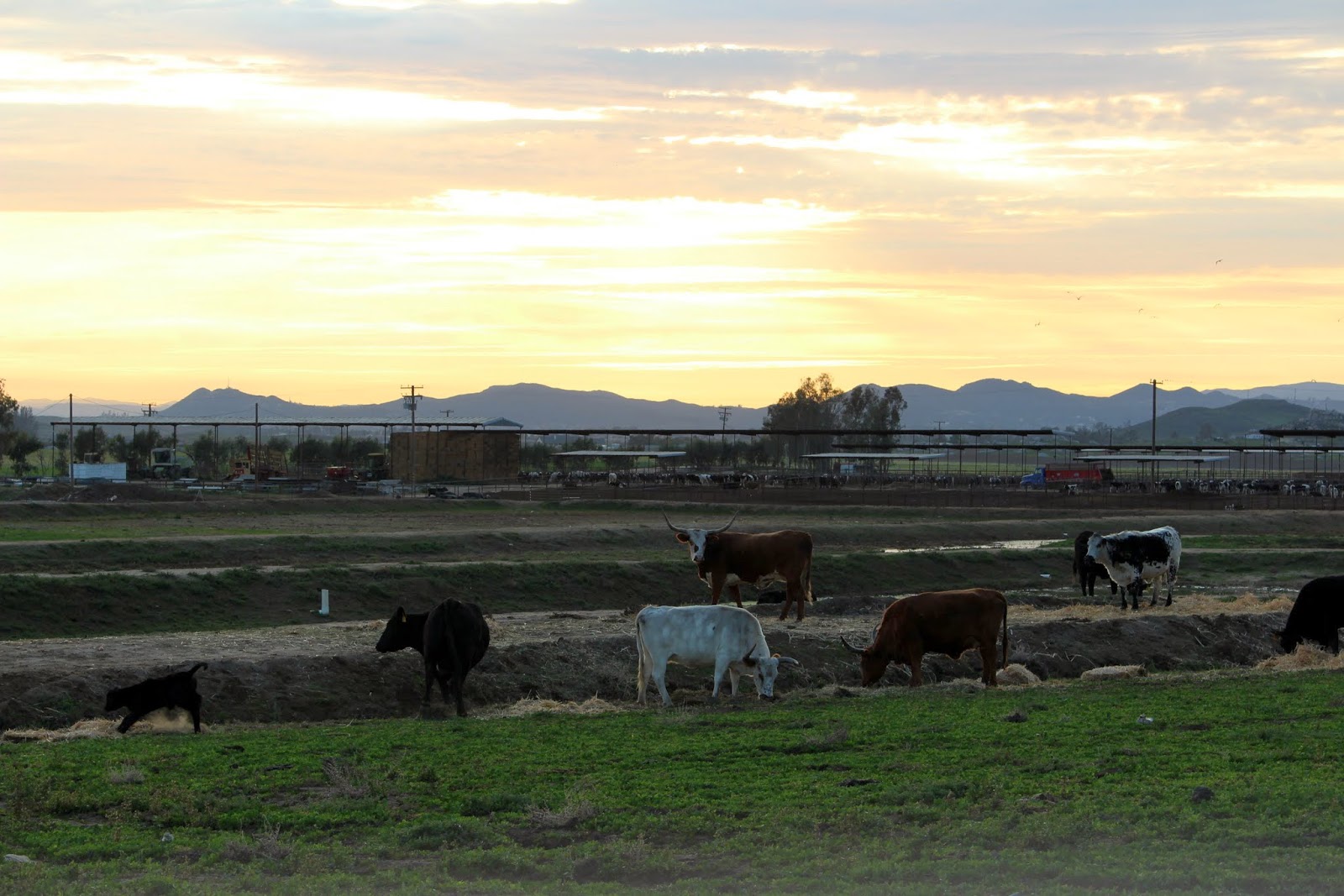 The cattle in the front pasture aren’t ours, a neighbor/family friend is renting some corral space for a little while, BUT the more important thing is this little calf in the lower left hand corner. He was so spunky when you saw me taking pictures, he started jumping, running and had his tale straight up…it was so cute! 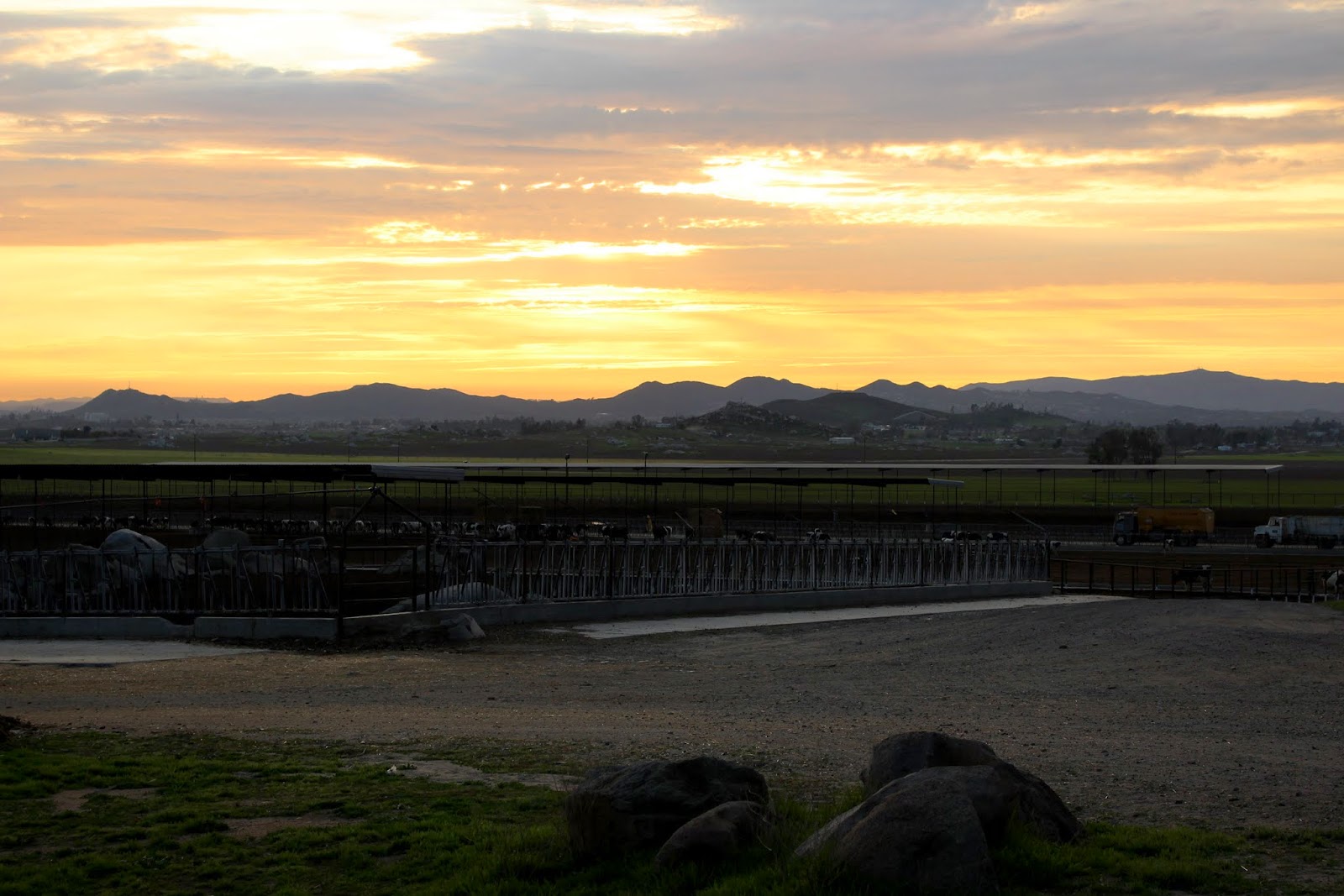 As I got further down the road I had to stop and take a picture of the right hand side of the dairy. 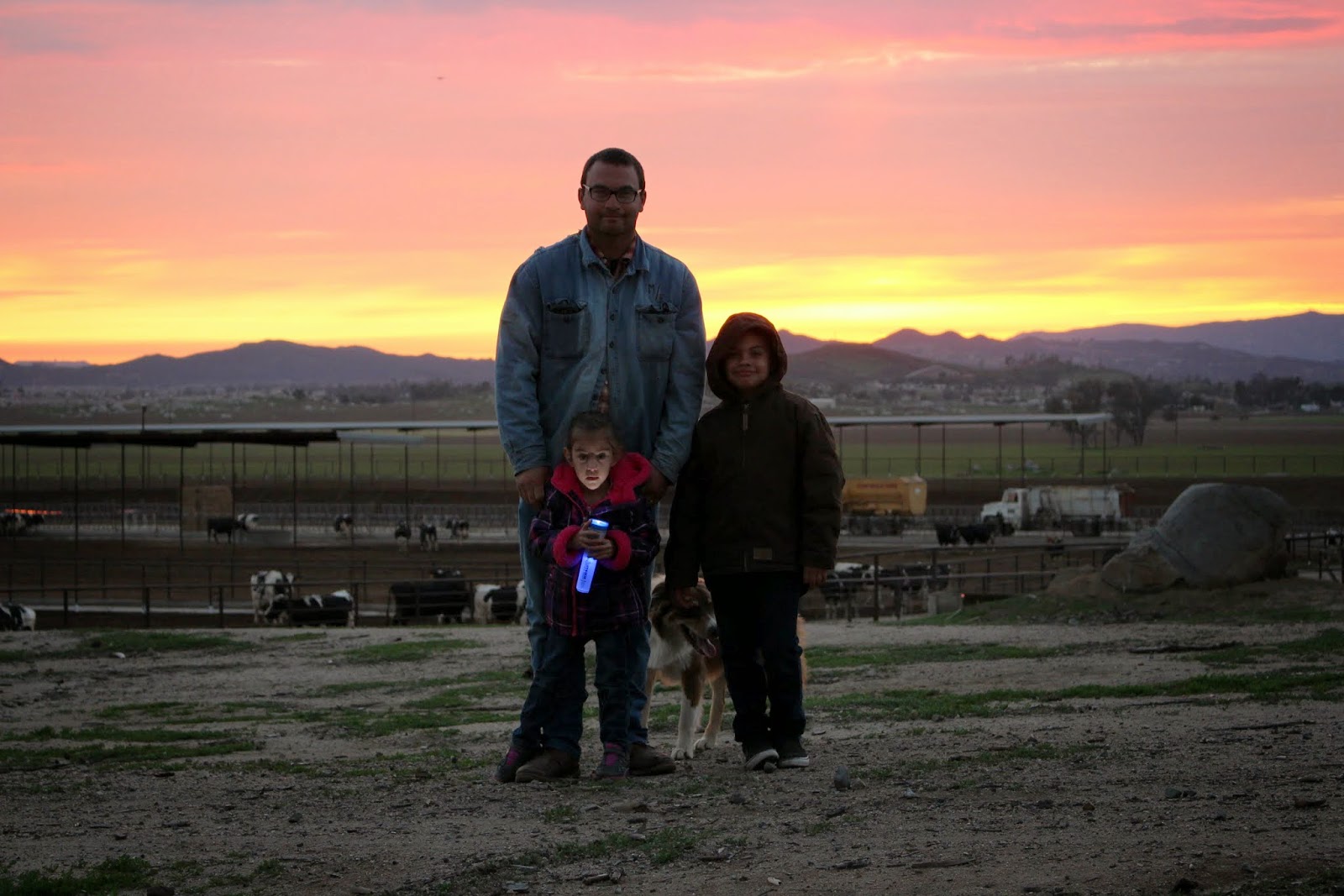 As we went up to the house we “wolfed” down our dinner, thanks for the pizza Mom :), threw on our jackets, Madison got her flash light and there we went. 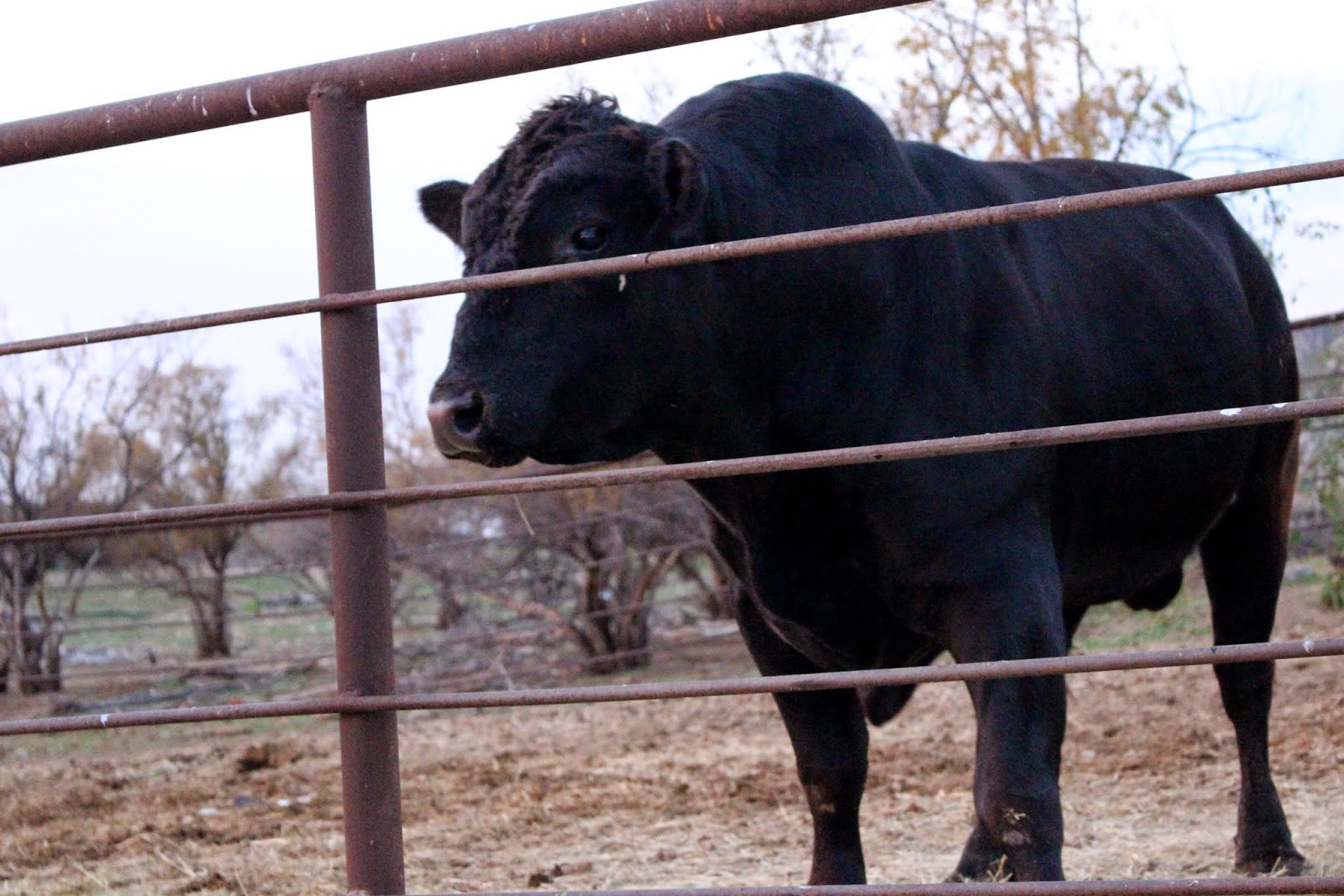 As we were walking down, Little-Boy greeted us by one of the catch-pens, he really wanted to be in the corral across from us…there was a cow in “distress”. 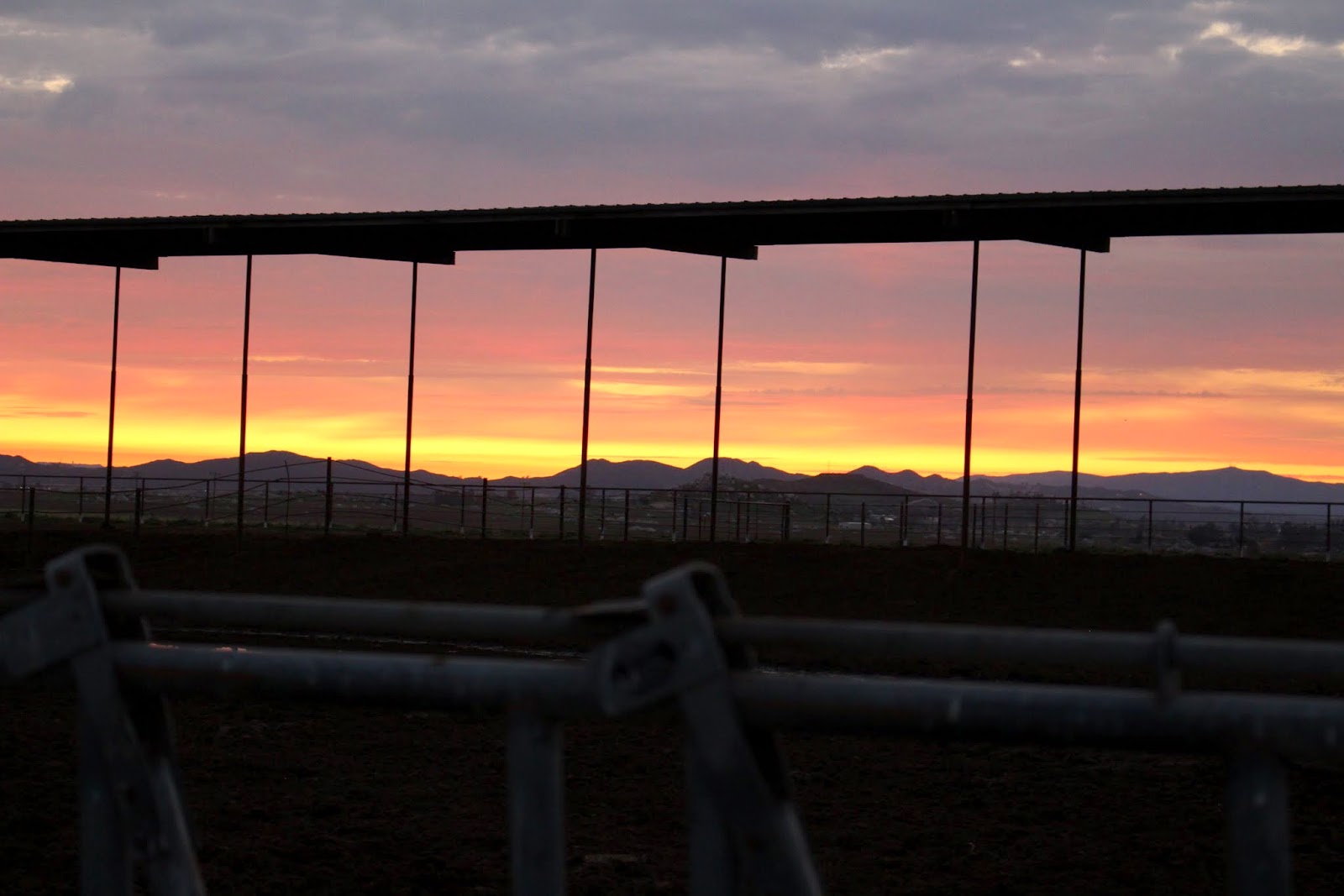 When we made the hay ally, this is what the beautiful sky looked like. 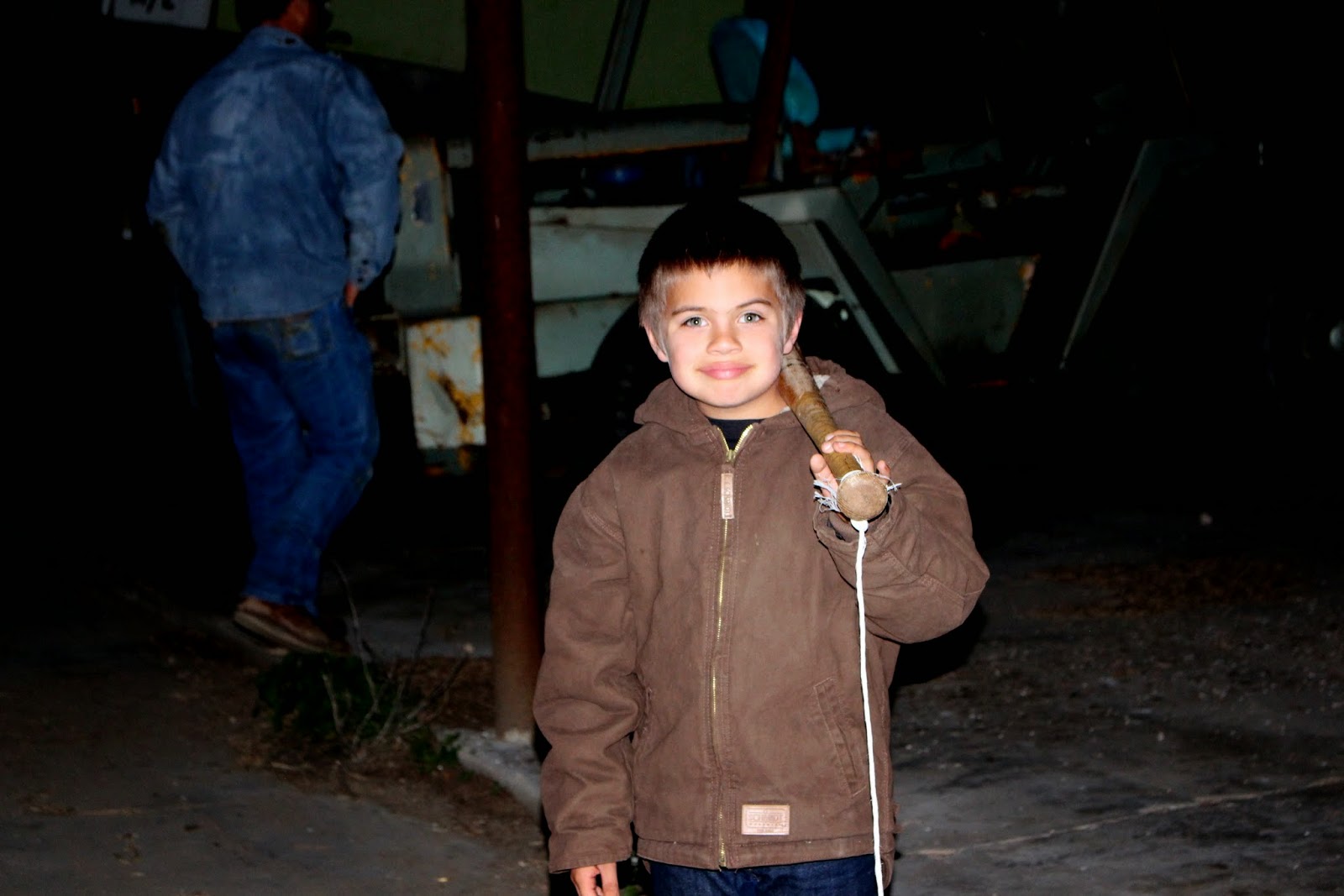 Bryce brought a bat for protection from the coyotes. He was gonna get them! 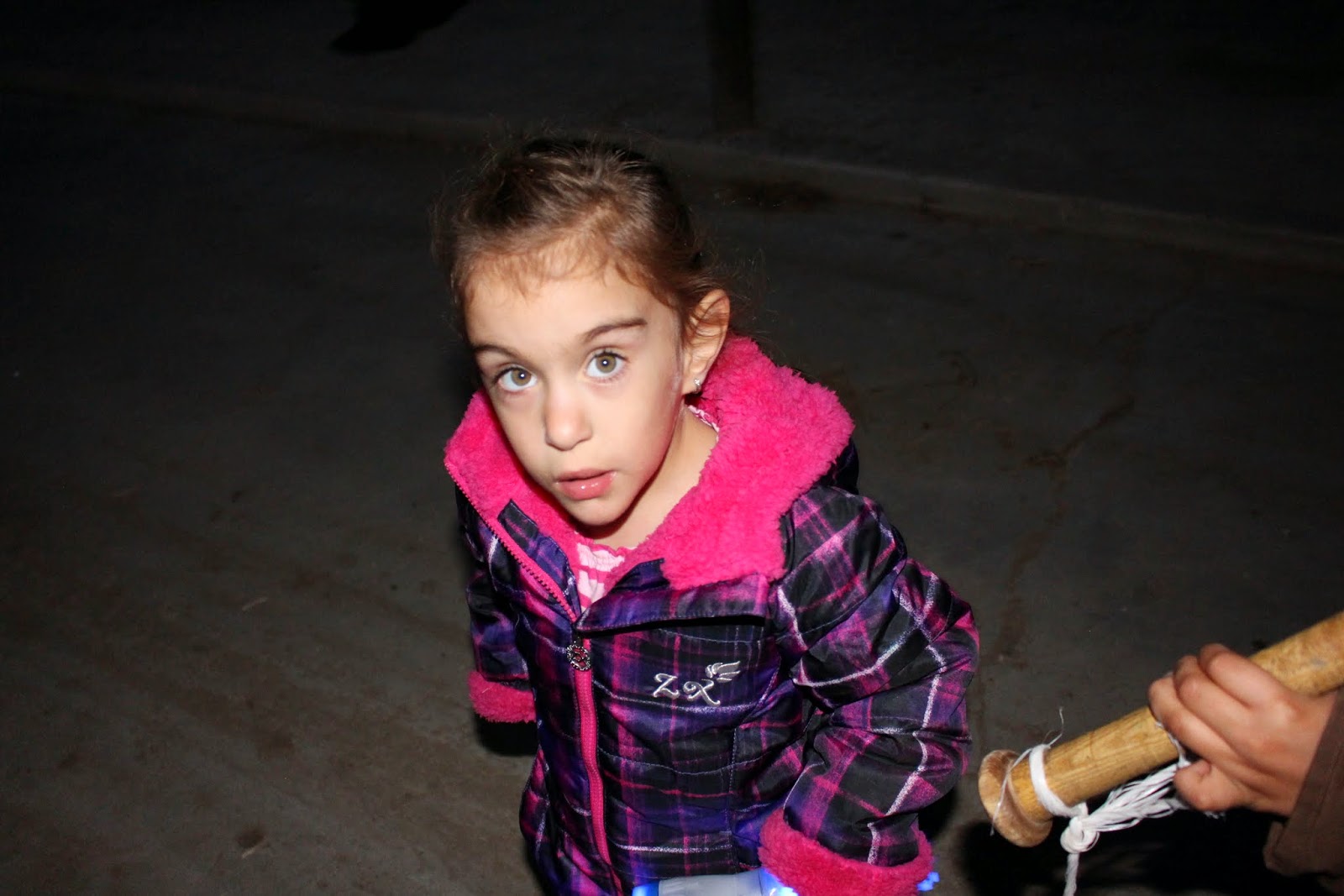 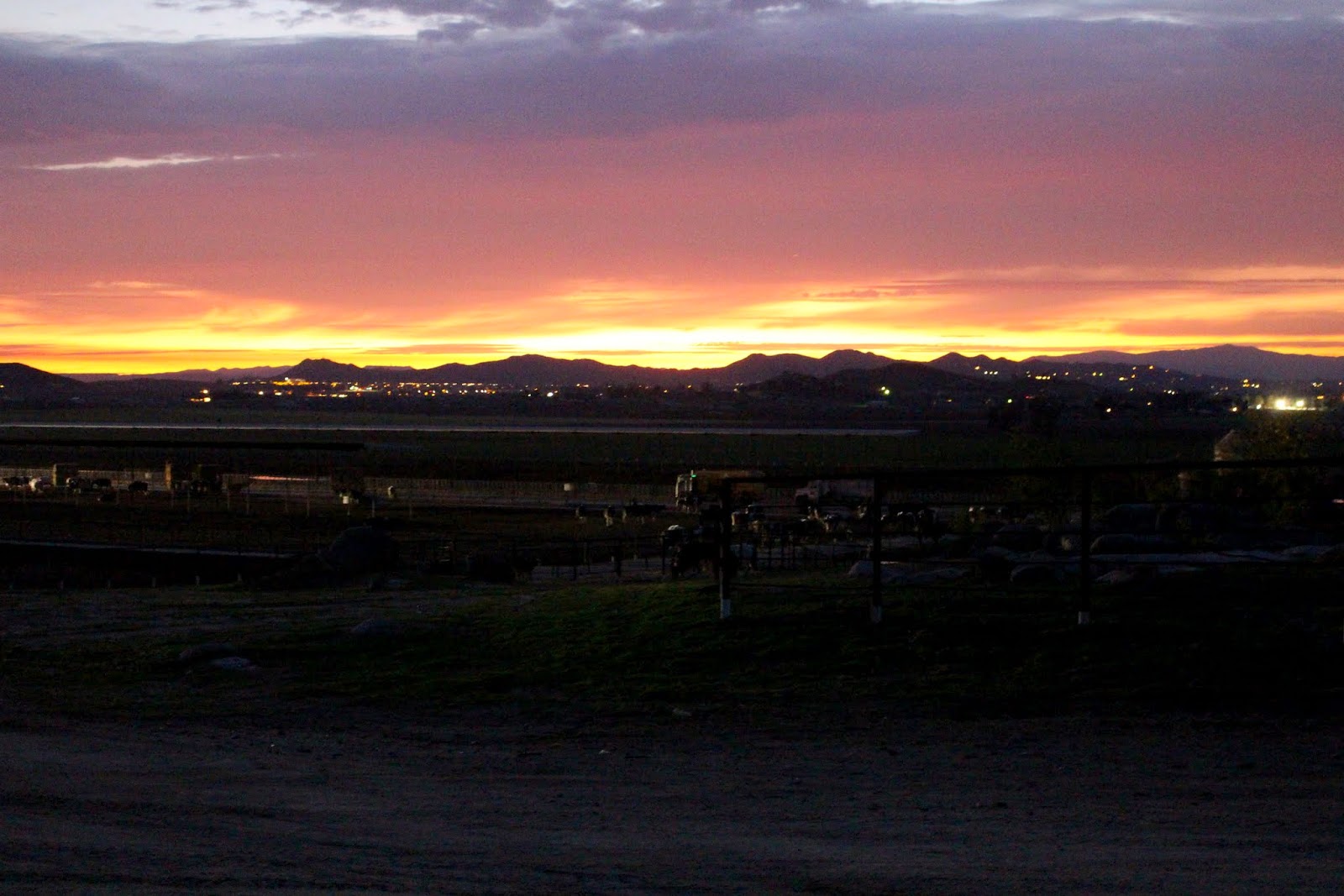 When we finally made it back up top, your eye’s were mesmerized. This picture and the next picture were taken at the same time, BUT two different camera settings, this was manual, with a few setting adjusted. 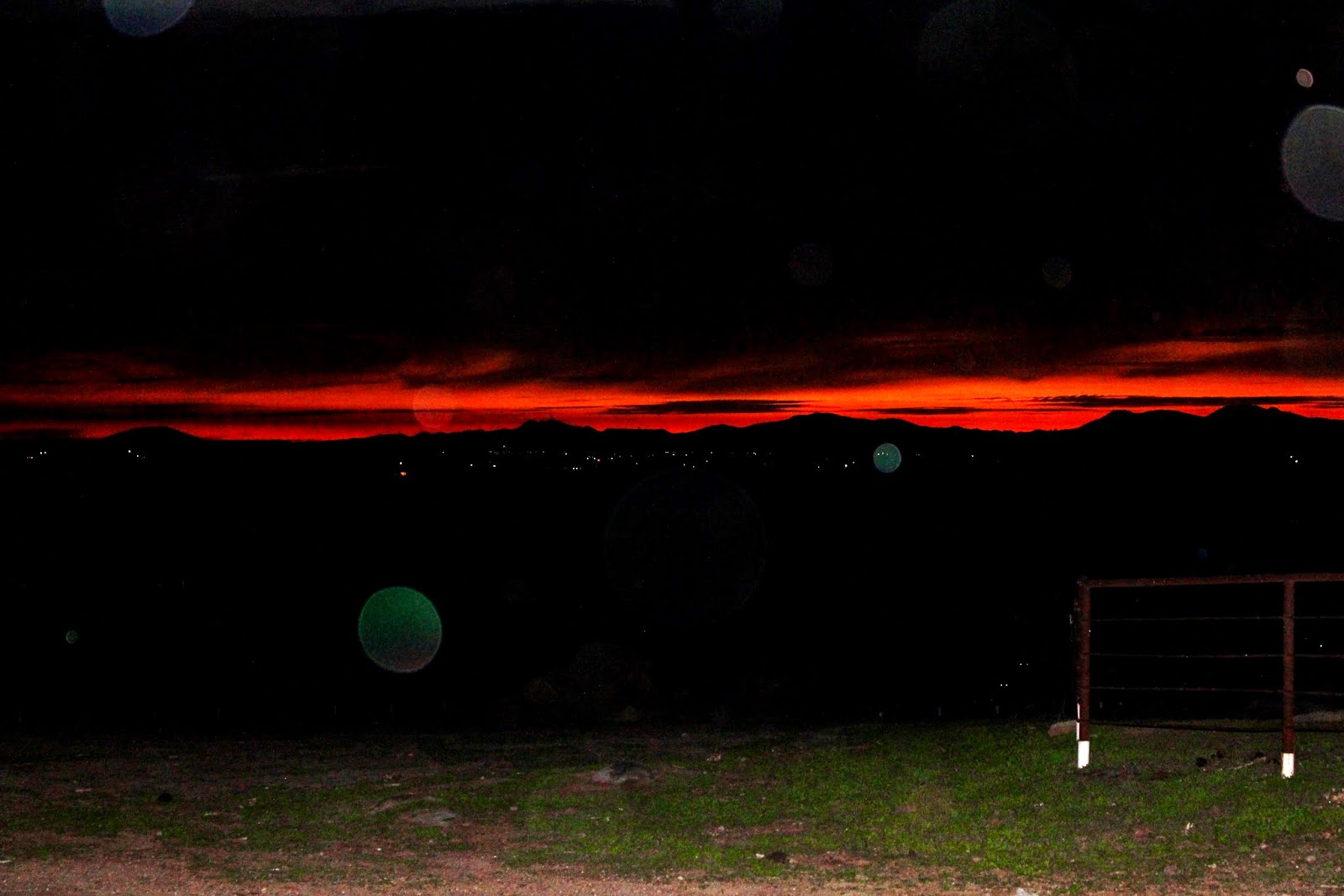 This was auto, can you tell I need to clean my lens? This is what it really looked like, it reminded me of fire or hot magma.

When ever I say or think about hot-magma, I can’t help but say it like Dr. Evil in Austin Powers!

Below is a series of pictures taken the next morning… 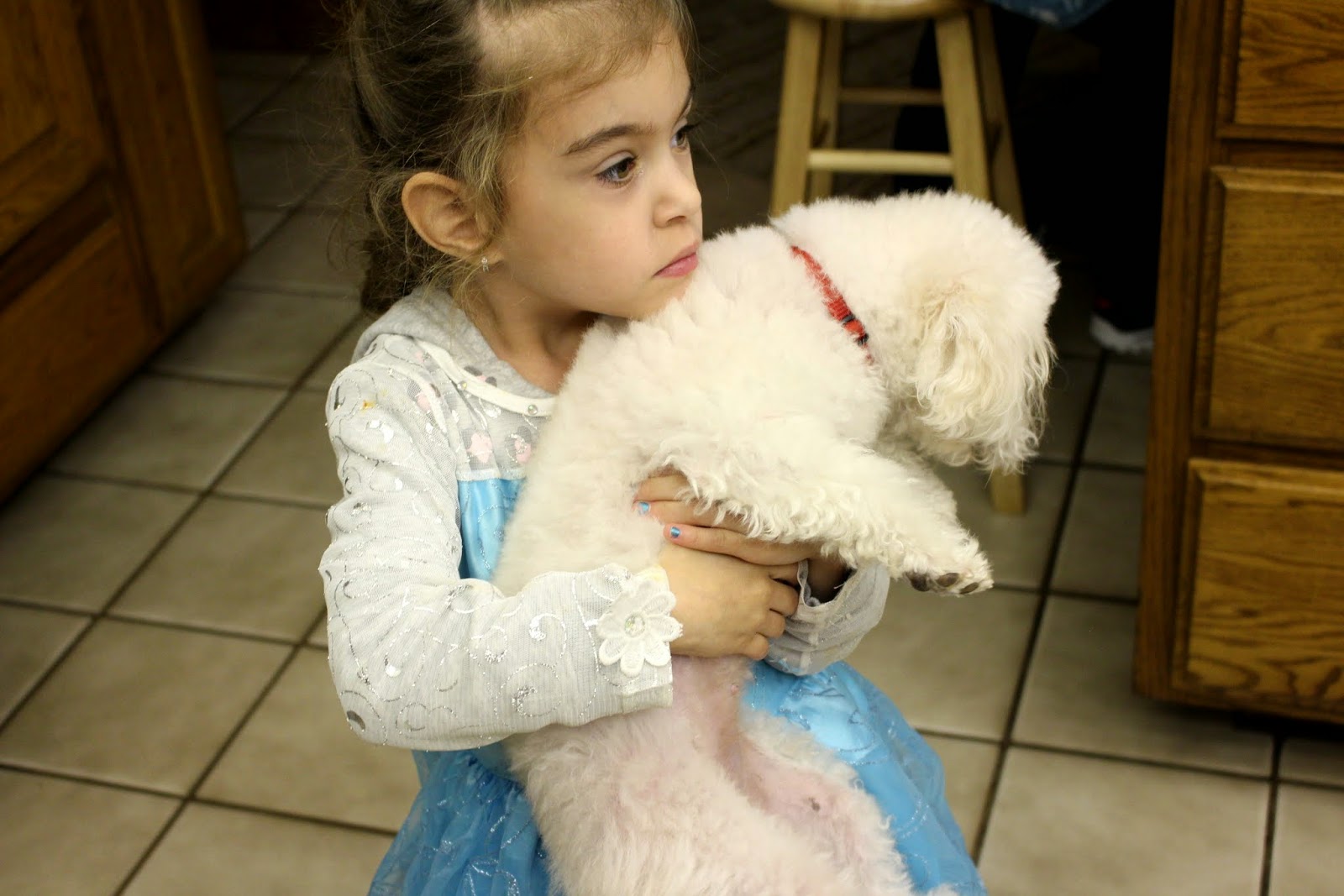 Madison has been really into putting of her princess dresses in the morning and wearing through out the day. 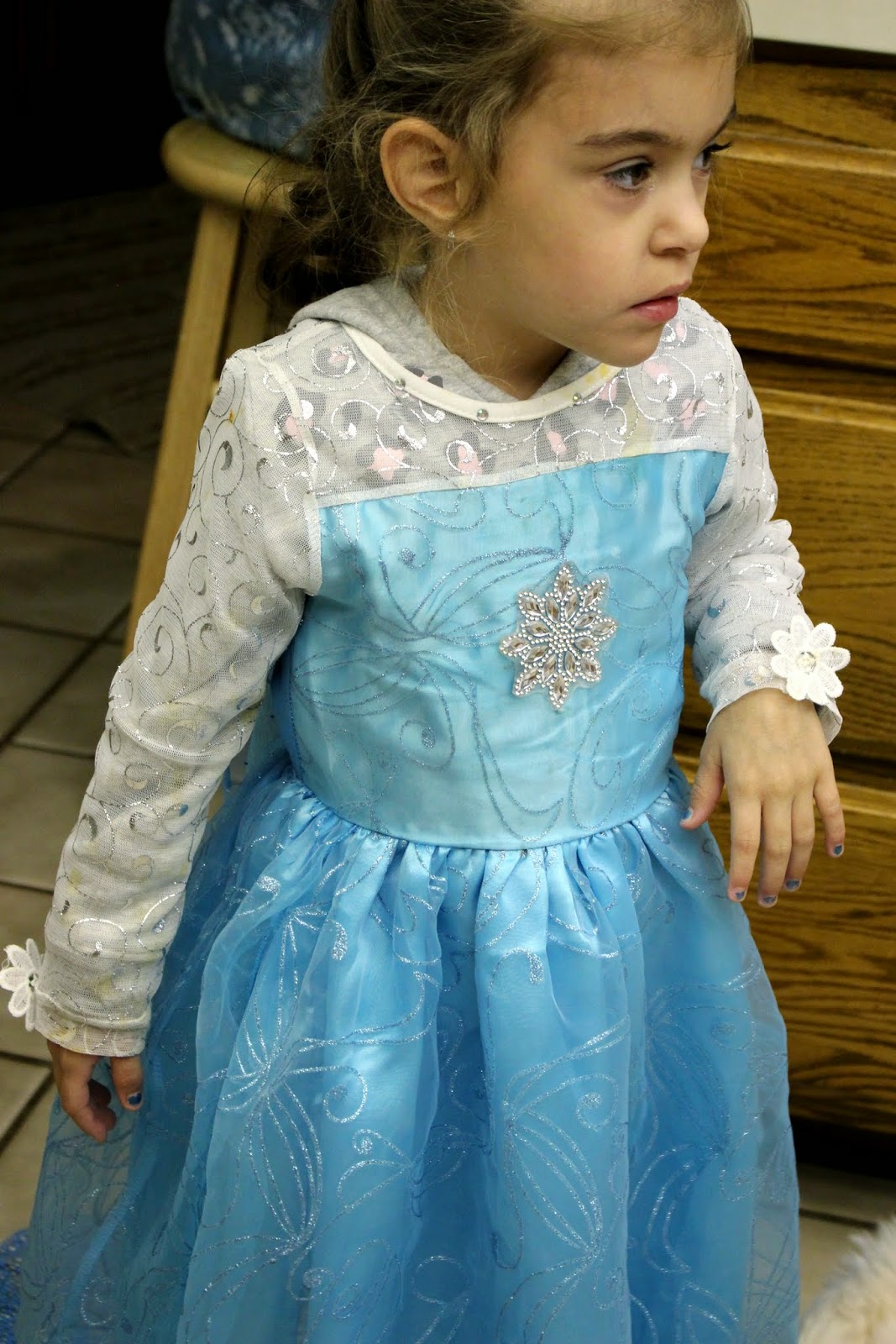 This particular time I told her we were going to walk down and give her Dad a breakfast burrito. Of course she needed her princess on to do it! 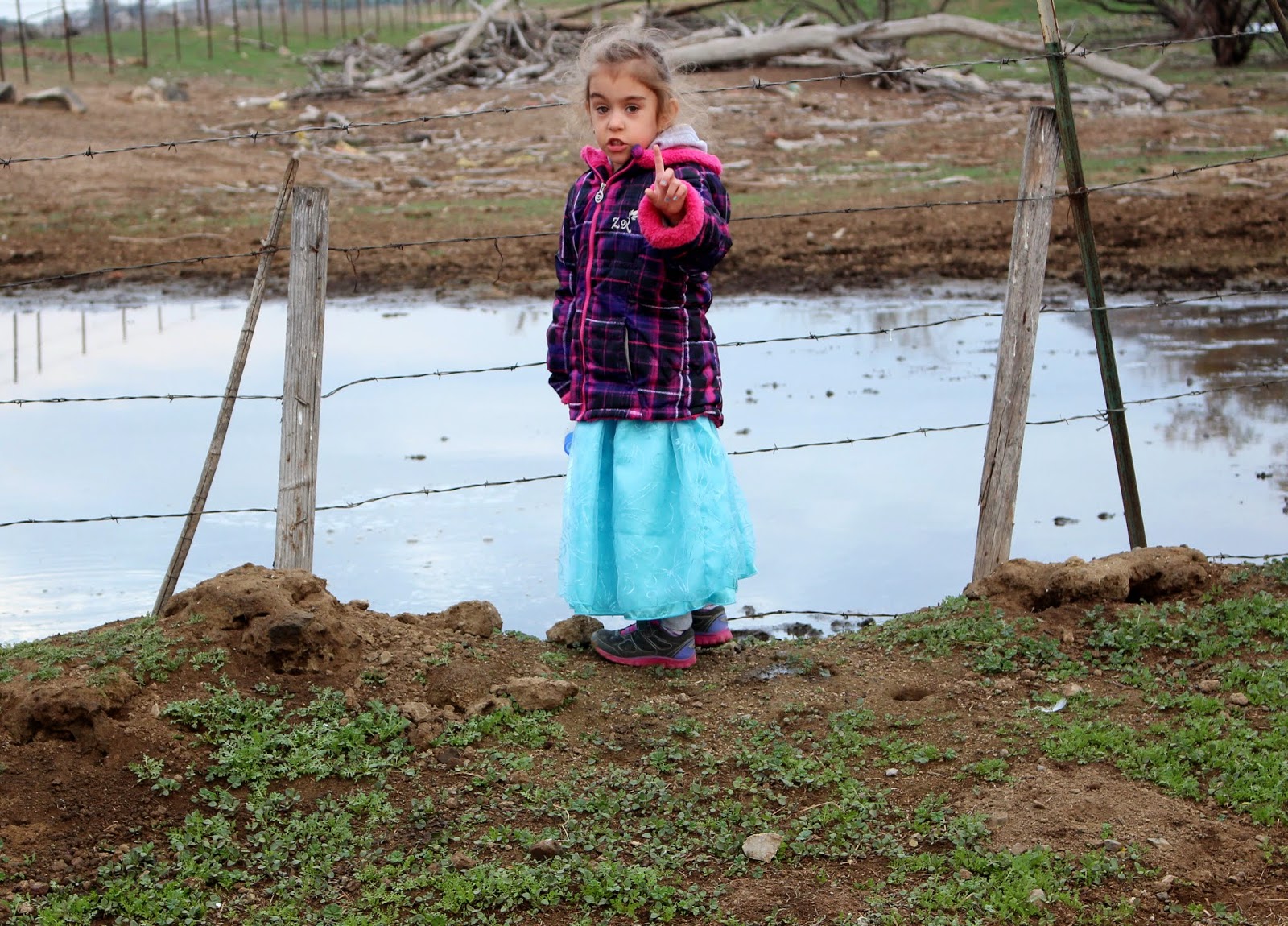 Accompanied with her shoes and jacket.

Here she was telling me not to go over where she was, it was too dangerous! 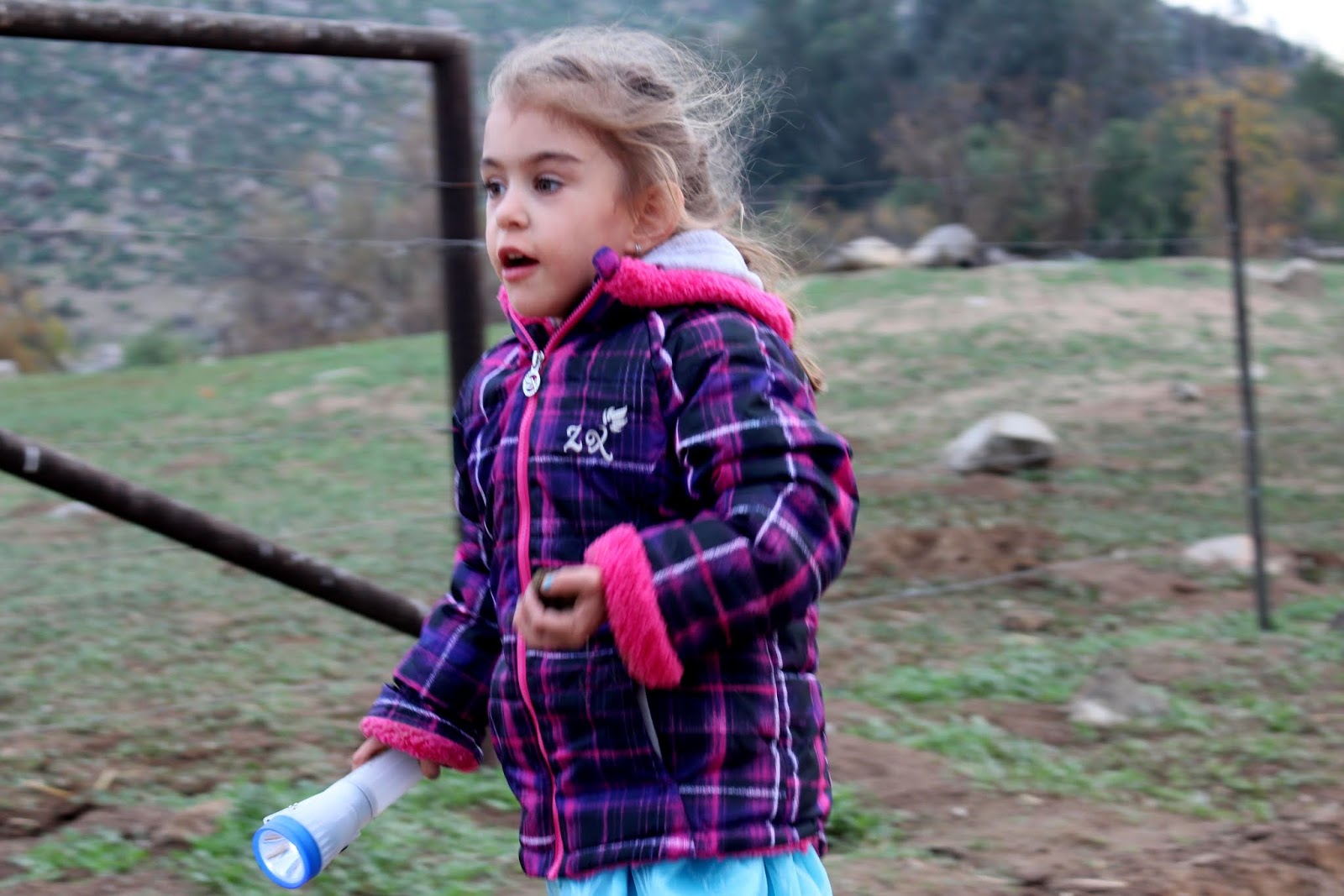 Then she spotted her Dad with the help of her flash light and she was off and running. 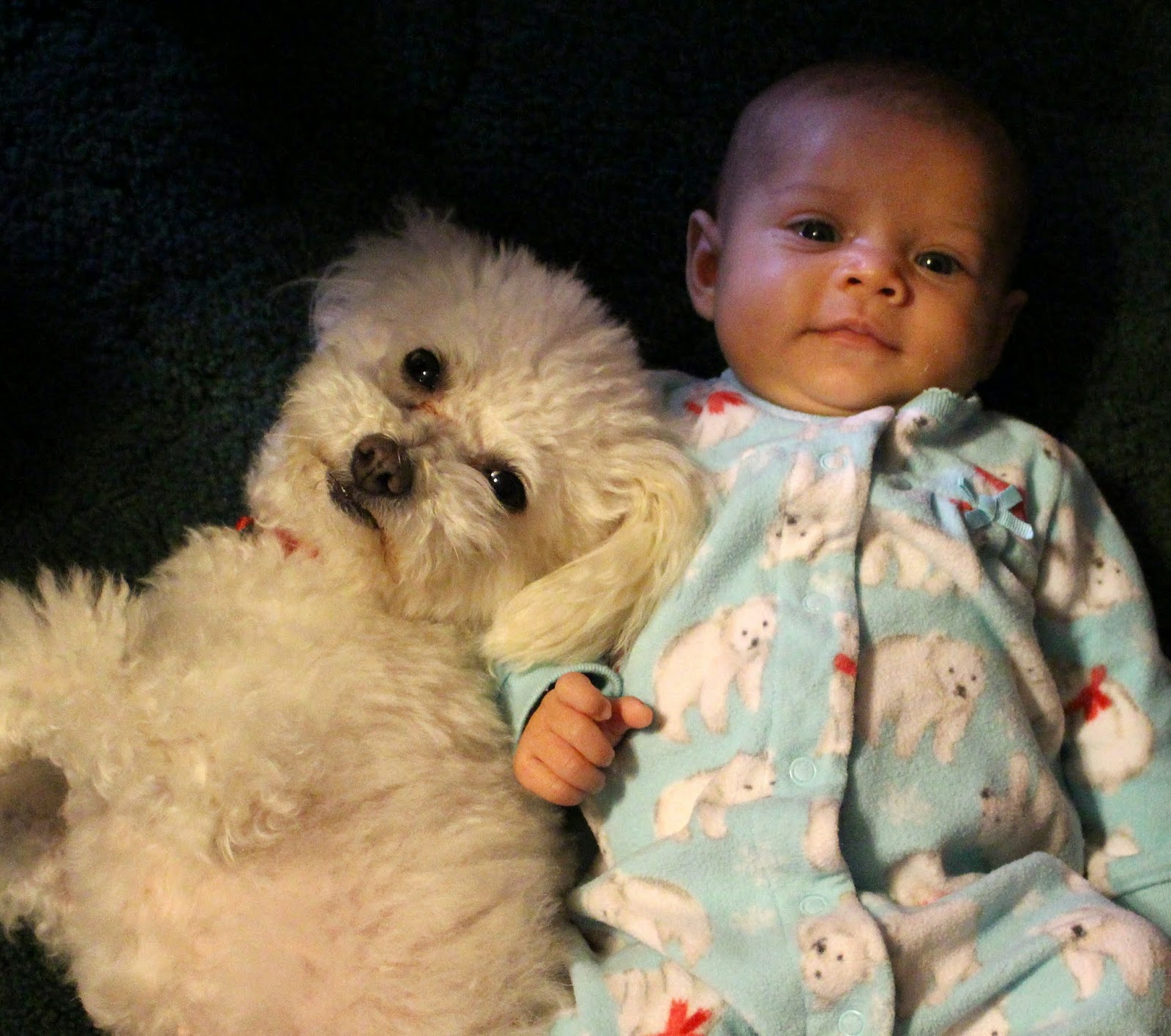 Mid morning little Holly showed up, and Scruffy was pawing for attention for who ever would give it to her. Oh little Holly-Berry…your so cute! 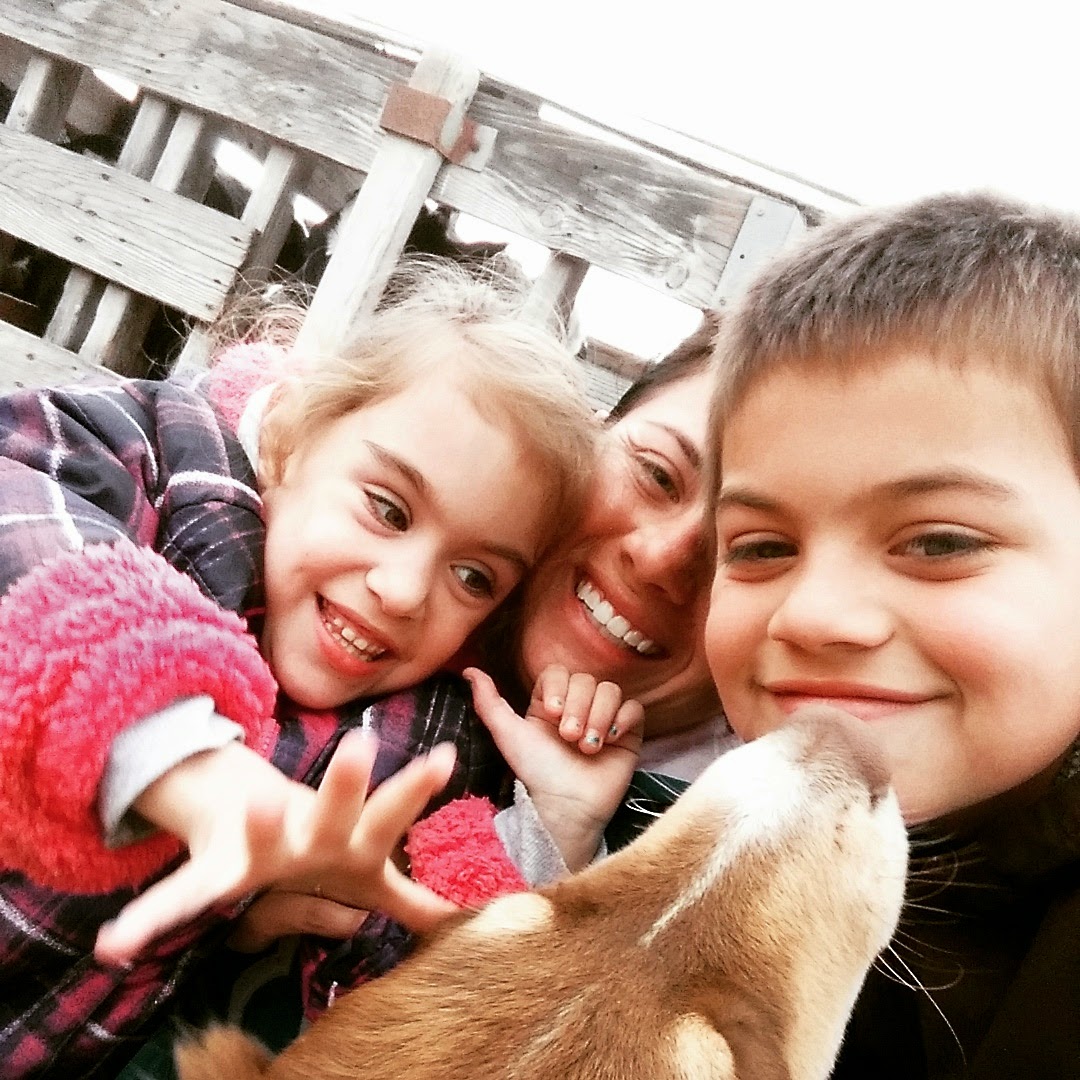 The kids were with me pretty much the whole time during morning chores and of course Tuff had to join the party too.

Bryce, Madison and I had a great morning together of feeding hay, grain and changing waters out for the calves. If you want to see more of this particular day I was vlogging, so stay tuned!

Have an awesome day, I’ll be working, organizing and creating a jet-pack!