Yesterday the kids and I went to The Discovery Center in downtown Springfield. It was raining yesterday so I thought it would be a perfect day to do something like this. Also the guys were fixing a broken pipe pretty much all day yesterday and they had to turn the power off to the well to stop the amount of water, so it was even more perfect that we went.

On Fridays Bryce and I only work on reading for his summer review, so this was considered a field trip! 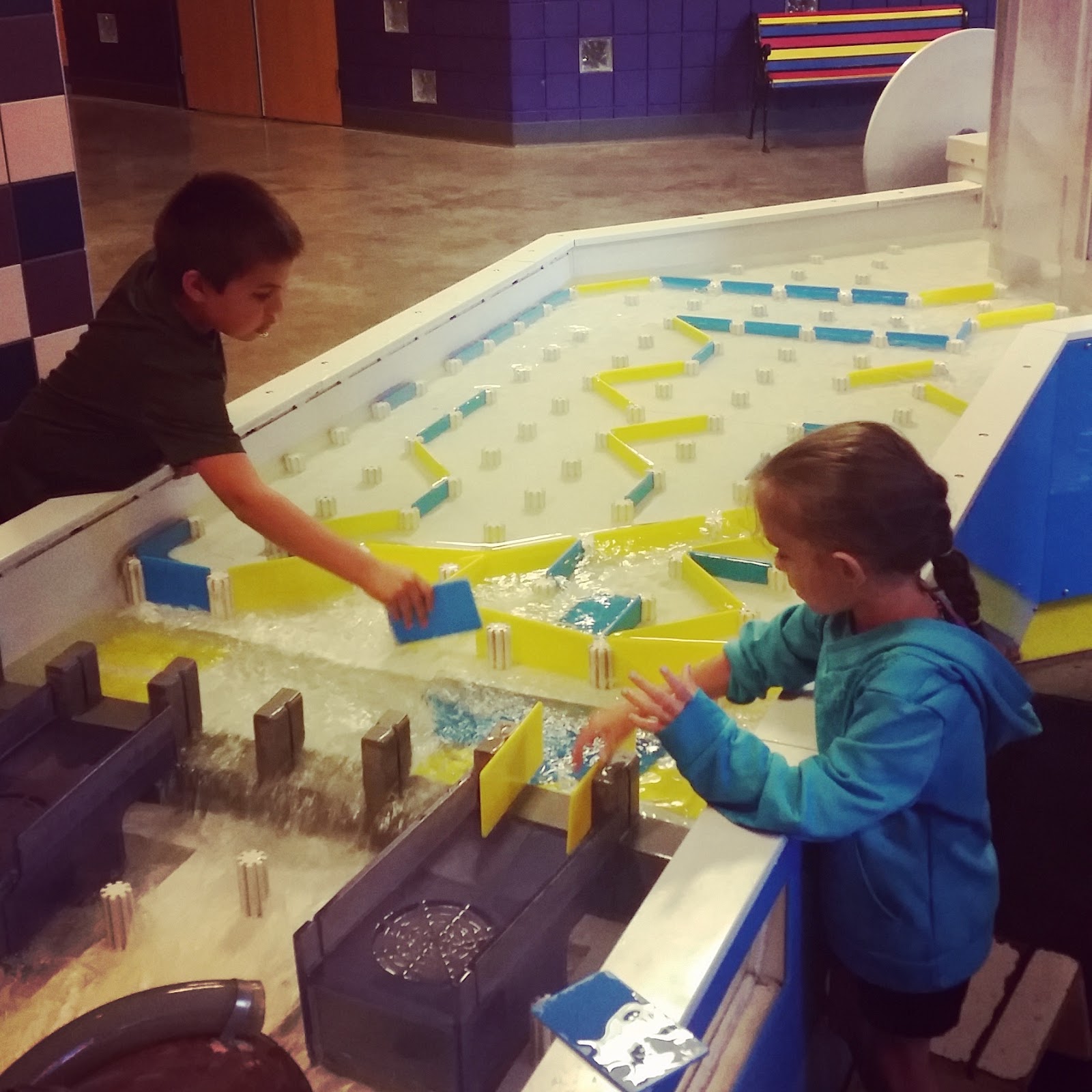 I think the amount of rain that came down kept the visitor level down, good for the Mehaffeys!!!

The Center had this huge water diverting system set up to replicate a dam and how you can learn about setting up channels to control where the water was being sent to. 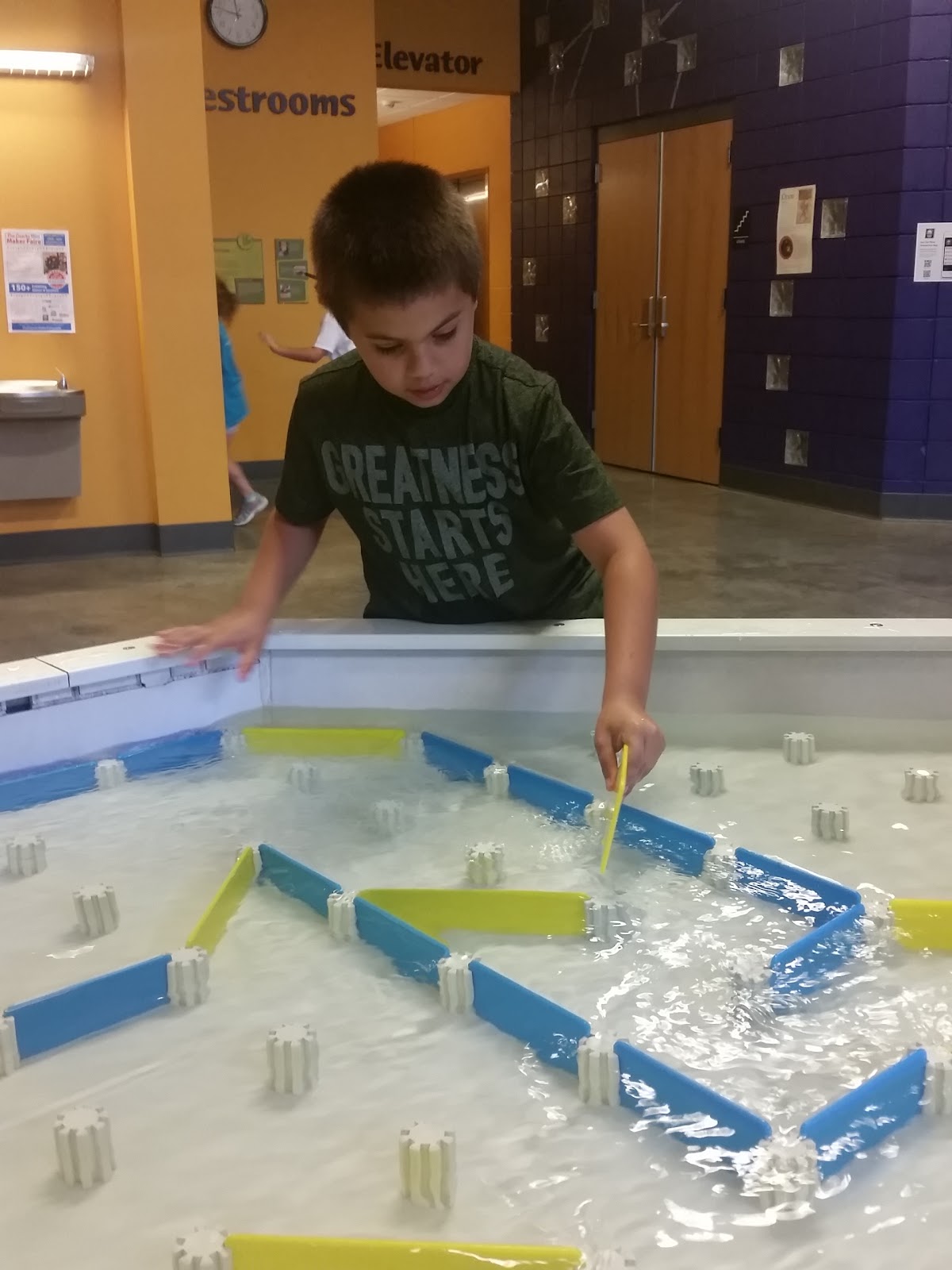 As you can tell Bryce loved it, any type of engineering is right up his ally. 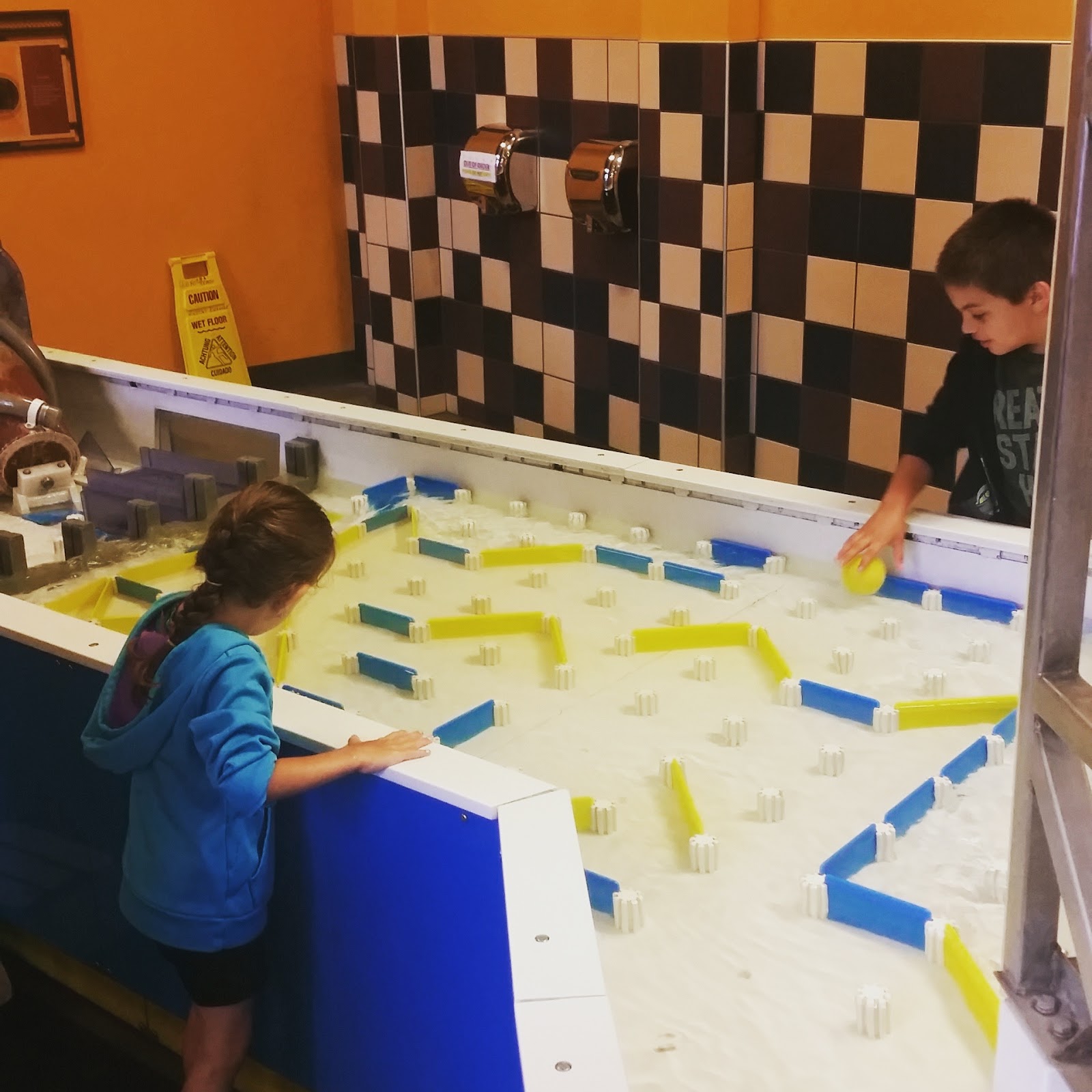 Madison wasn’t quite sure about the whole concept but, she liked playing with the balls you can use to send down your “channel system”. 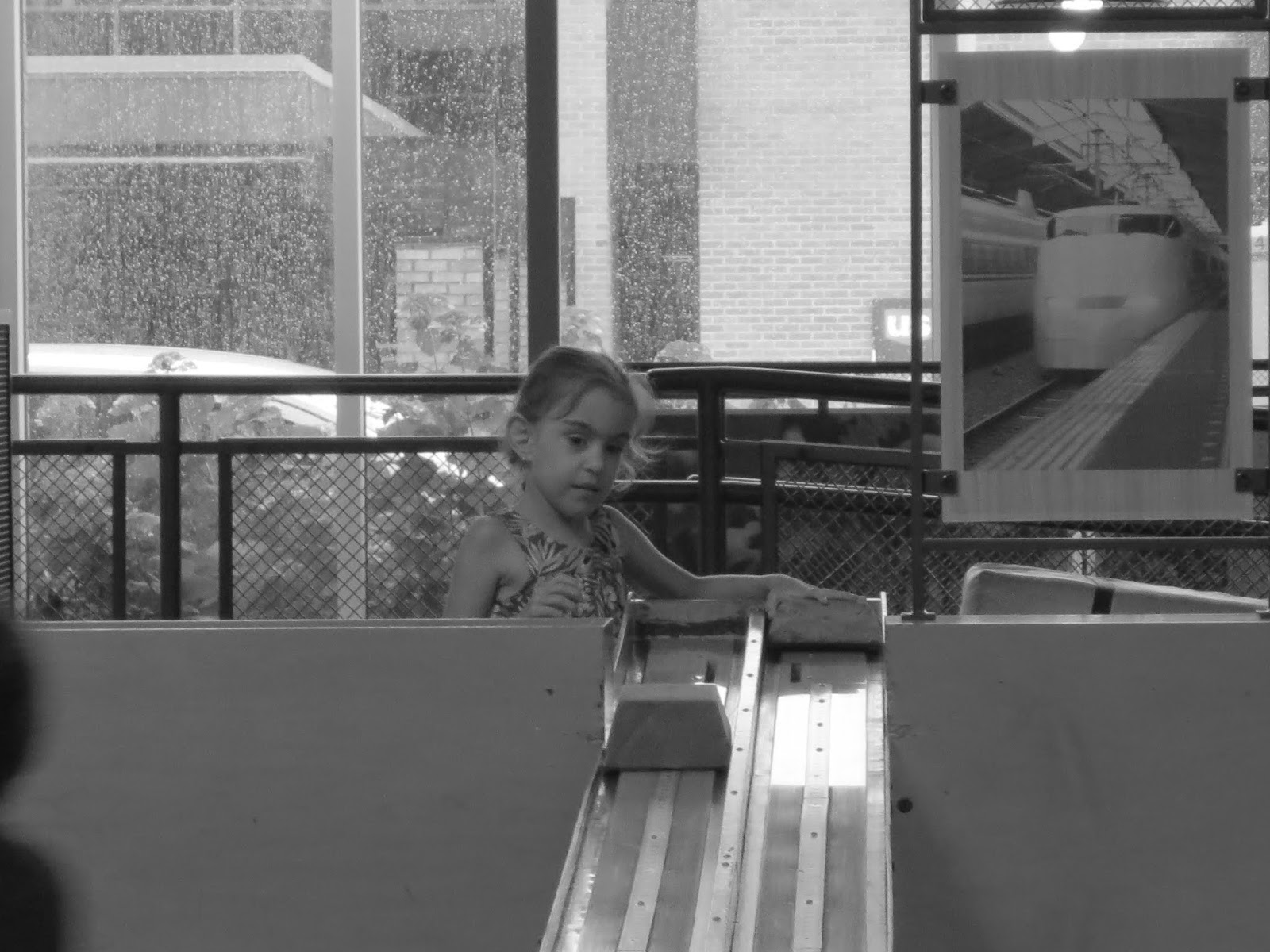 Madison really enjoyed this replication of trains/subways staying on tracks with magnetic force. 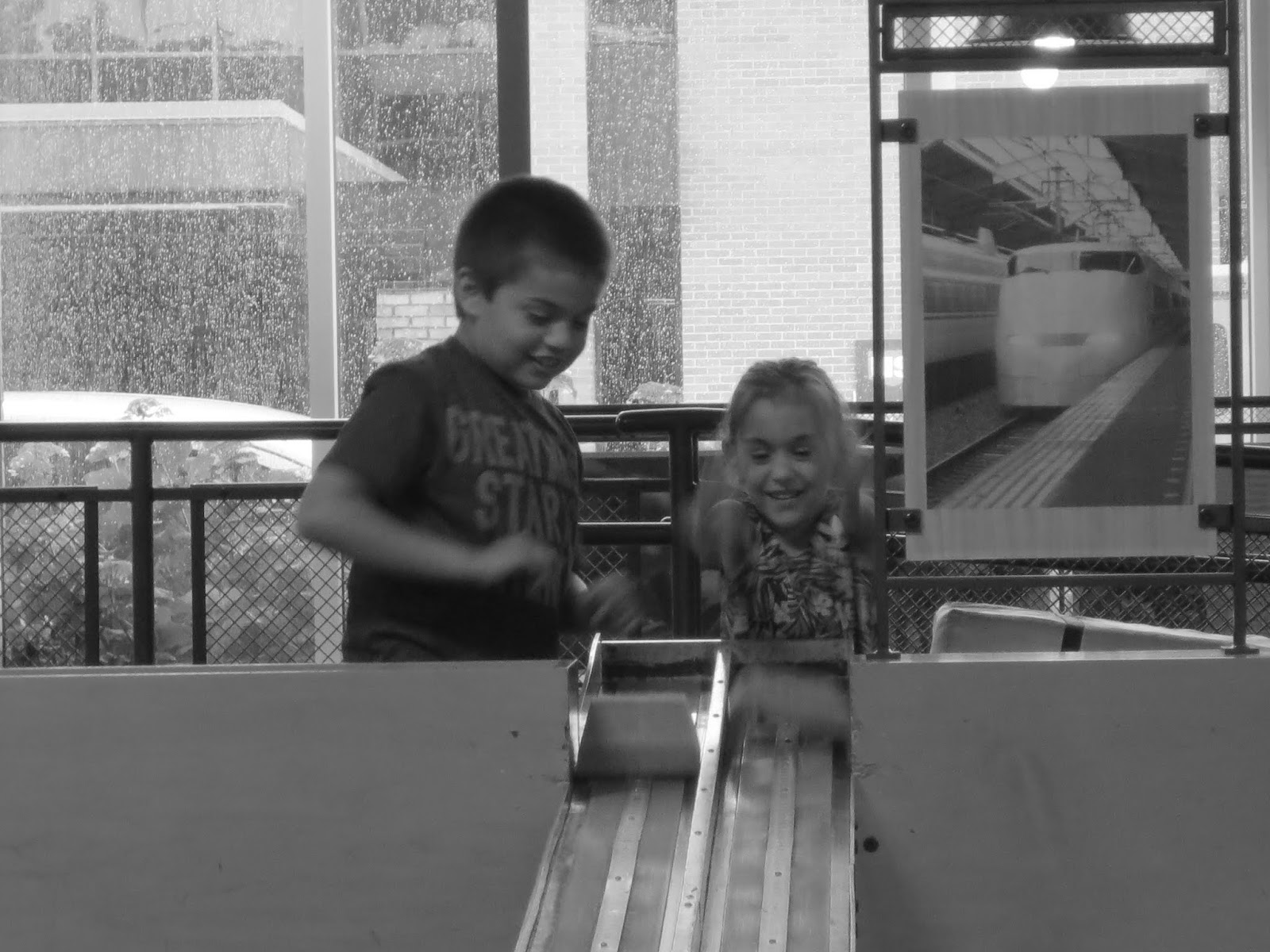 They kept having races of who’s car would win…majority of the times it was Madison’s! 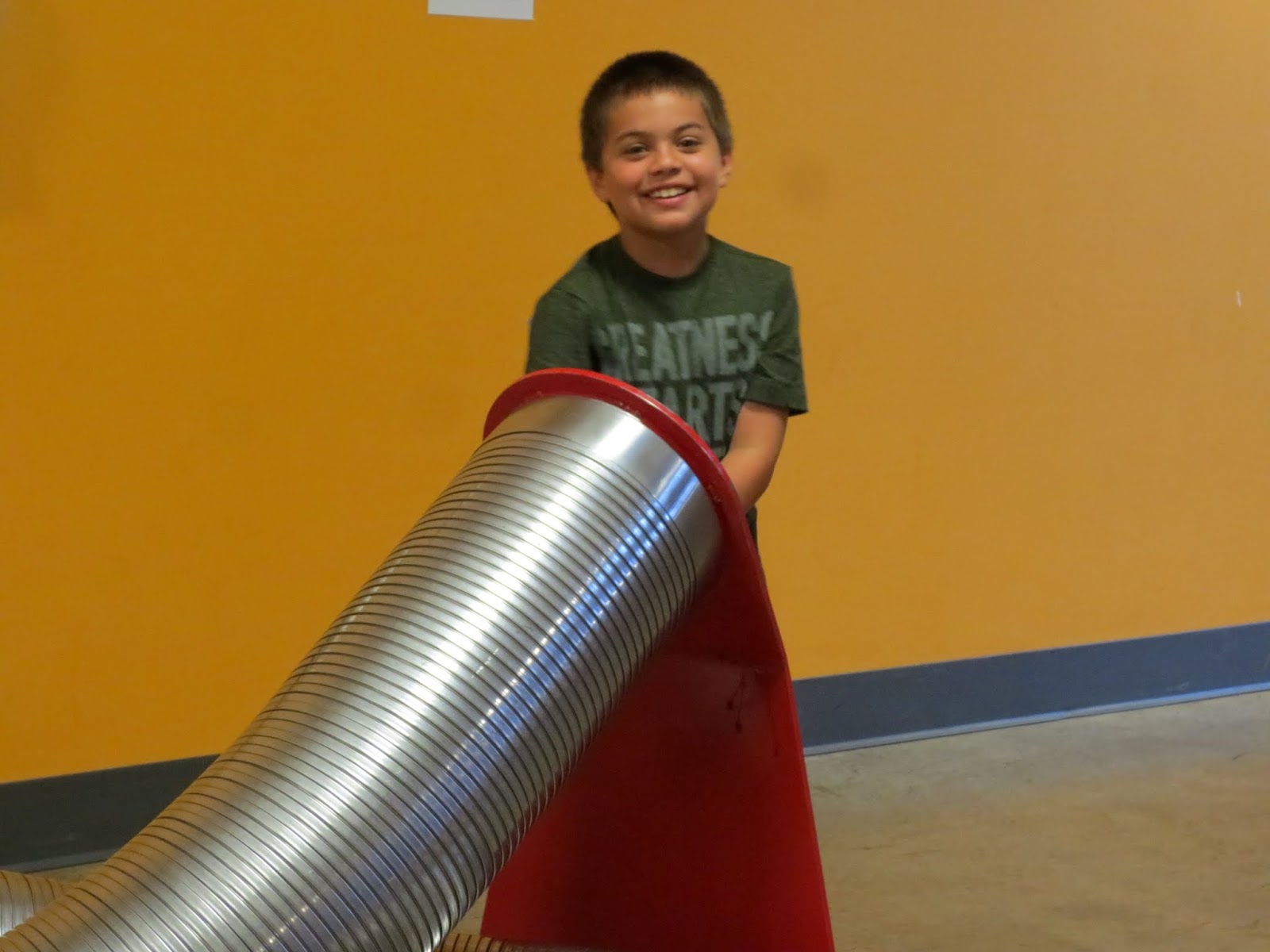 You know when you were little and you tied two strings together to cups and listened to what the other one was saying and vice versa? 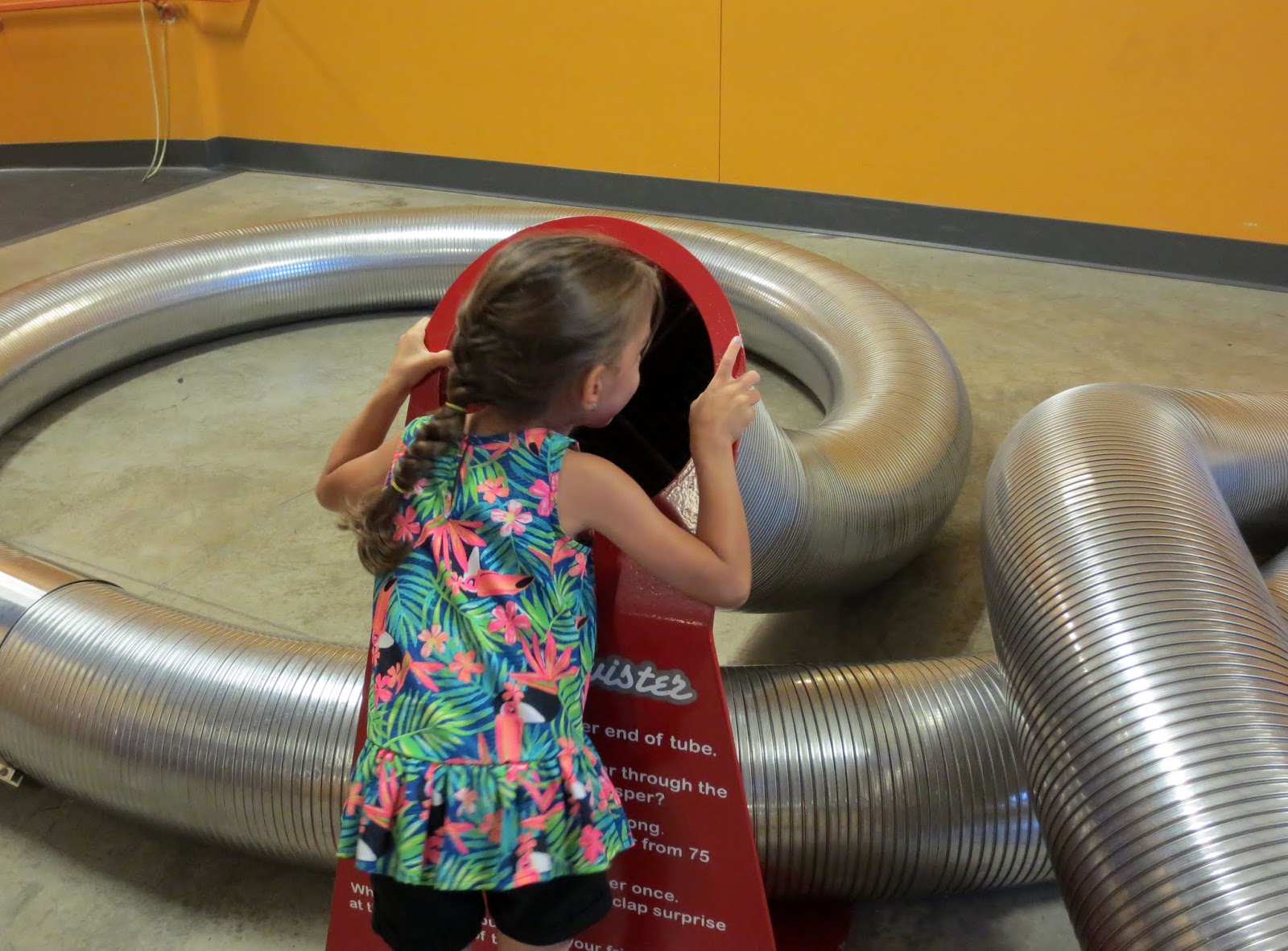 Well this was a HUGE version! 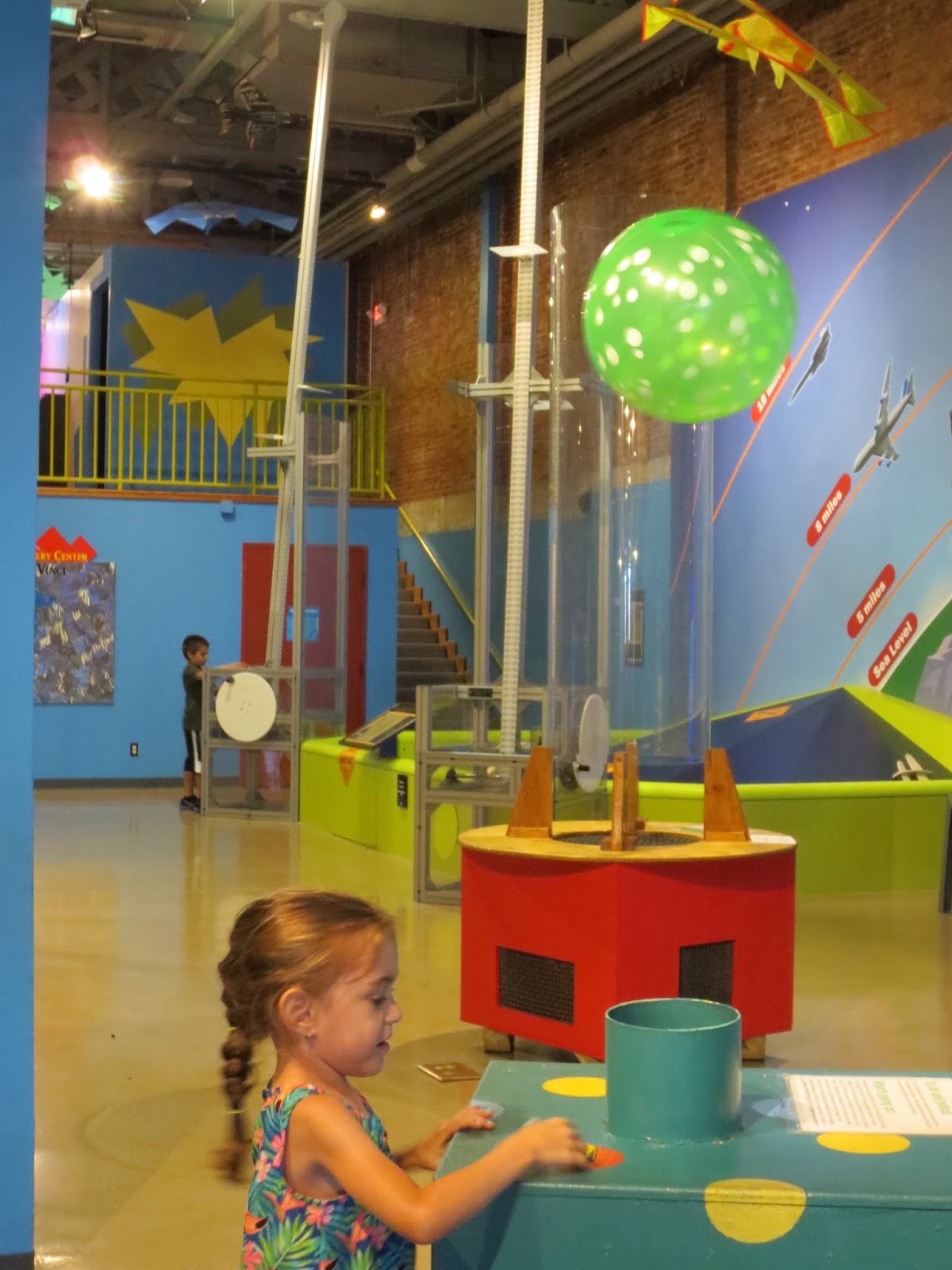 We practically had the place to ourselves! 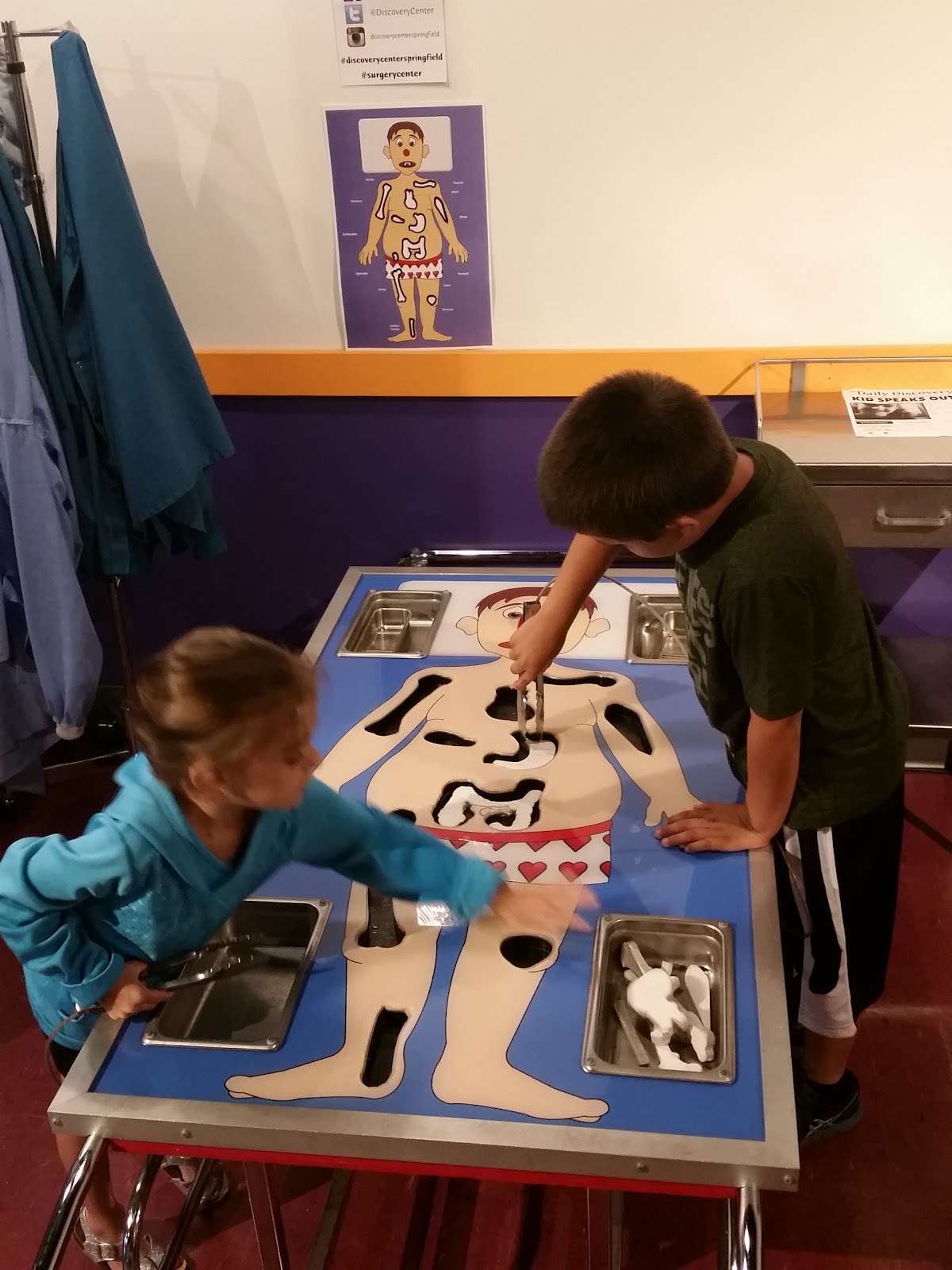 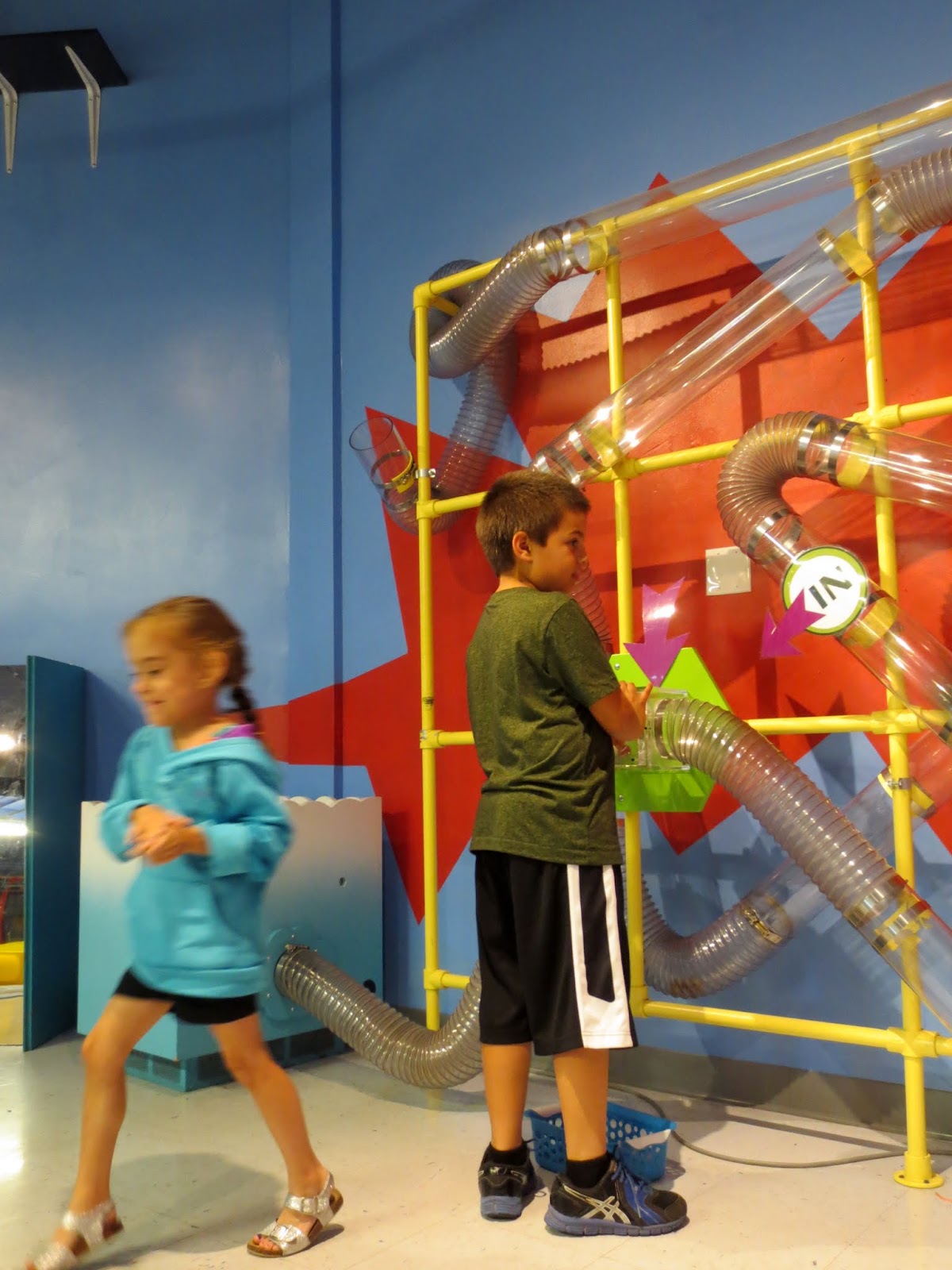 When I see this picture, although Madison is blurry, I think how are they getting so big… 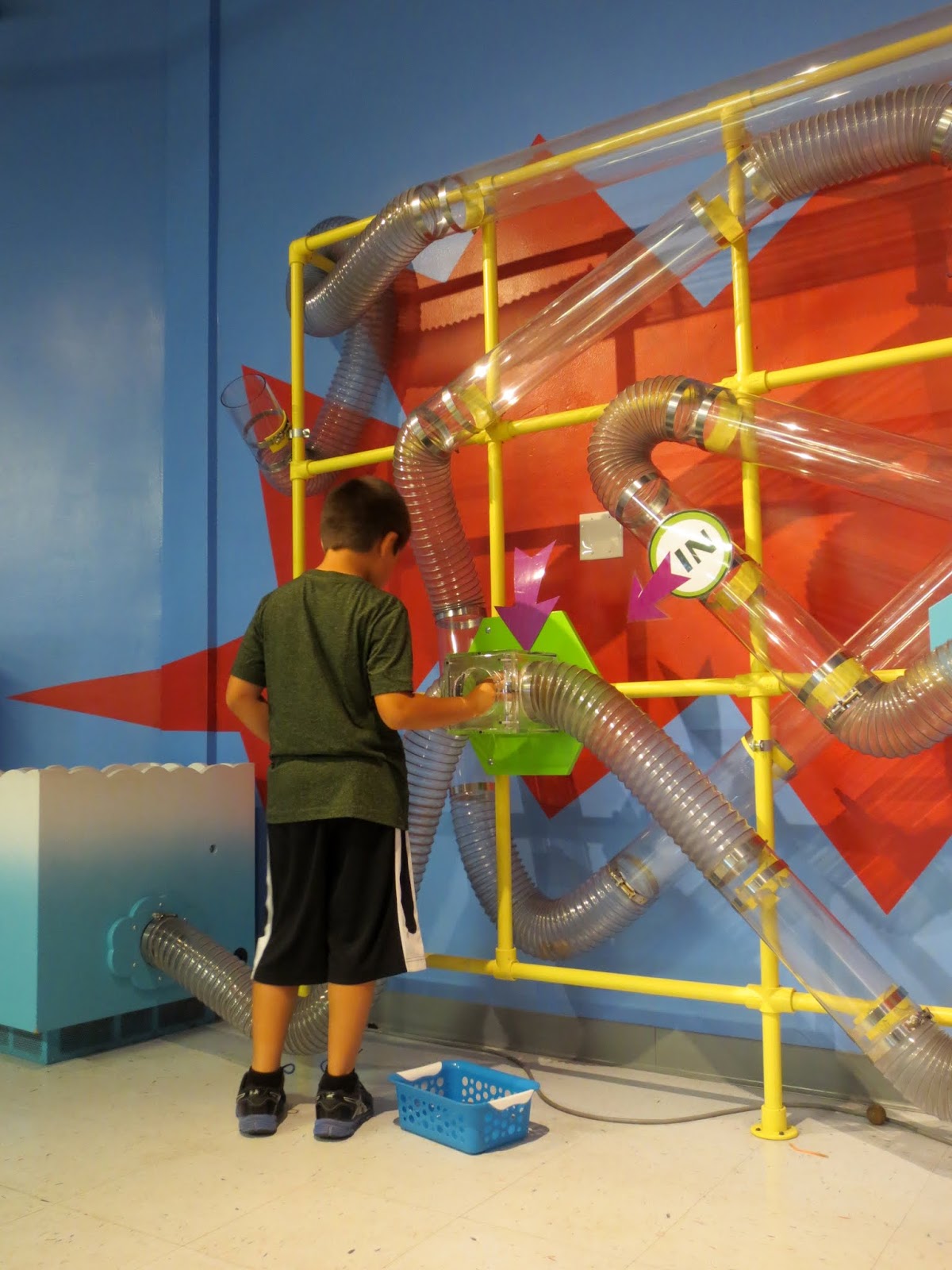 This was a fun wind tunnel system! You put this little yarn ball in and it sent it flying through the tubes and out the top. Bryce and Maddy kept trying to catch them when they would fly out the top.

We had a fun time yesterday and it was the perfect summer-homeschool field trip on a stormy day!