Sunday we celebrated Madison’s 6th birthday by having a special lunch with just the close family…well that’s the only family that’s out here, lol! You know summer birthdays are hard to wrangle kids from her class, but we had a good time and it wasn’t overwhelming for her.

We celebrated by having a special lunch and I asked Madison what she would like and her request was chicken enchiladas! So chicken enchiladas is was, I also made a pot of homemade beans and rice, which were ah-mazing!!! 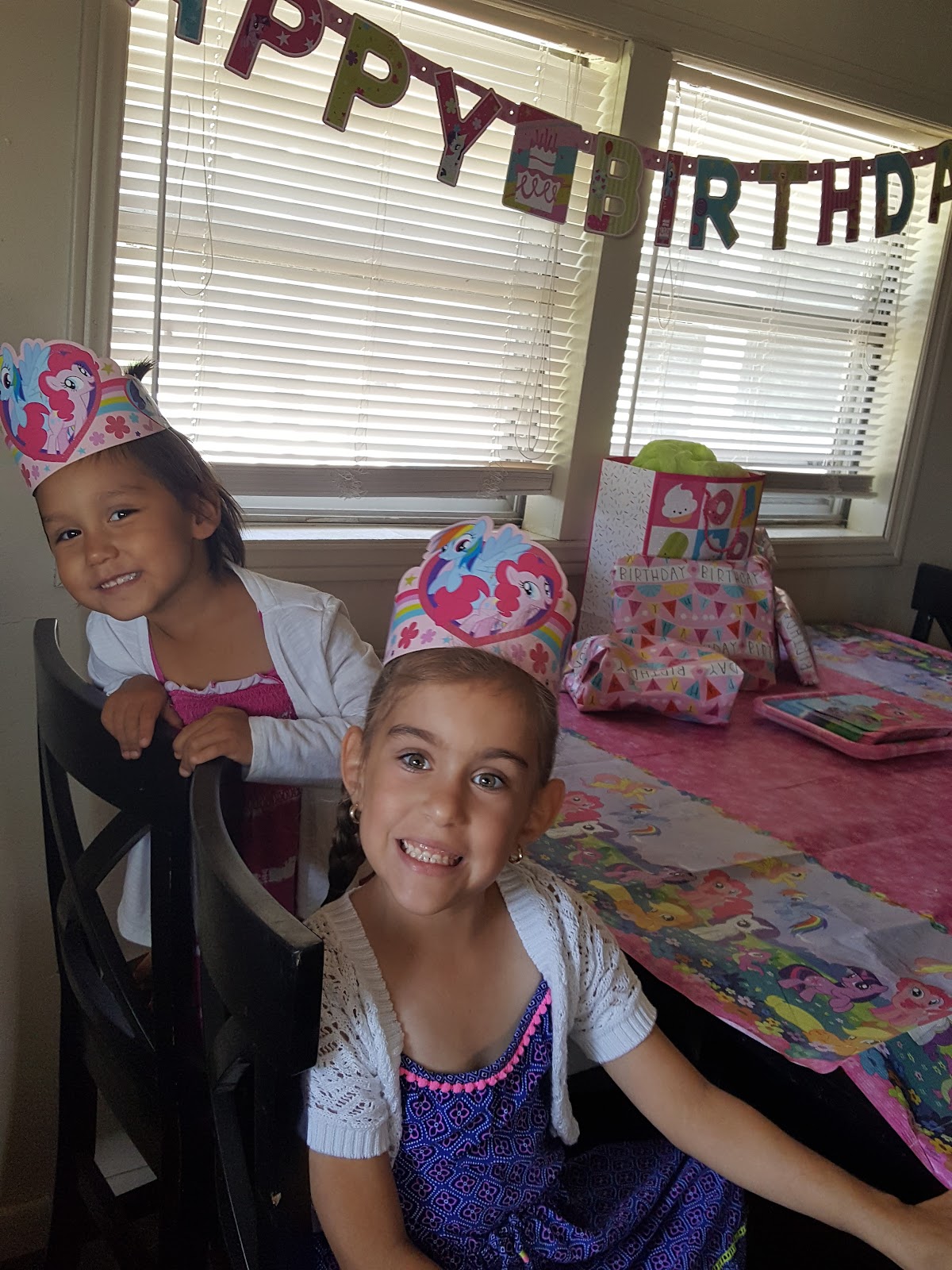 Maddie’s request was to have a Shimmer & Shine themed birthday party and I tried to fulfill that request and nobody had those party supplies and of course I checked Amazon but, those were not prime shipping and I don’t buy unless prime, haha.

So it was My Little Pony for the win! 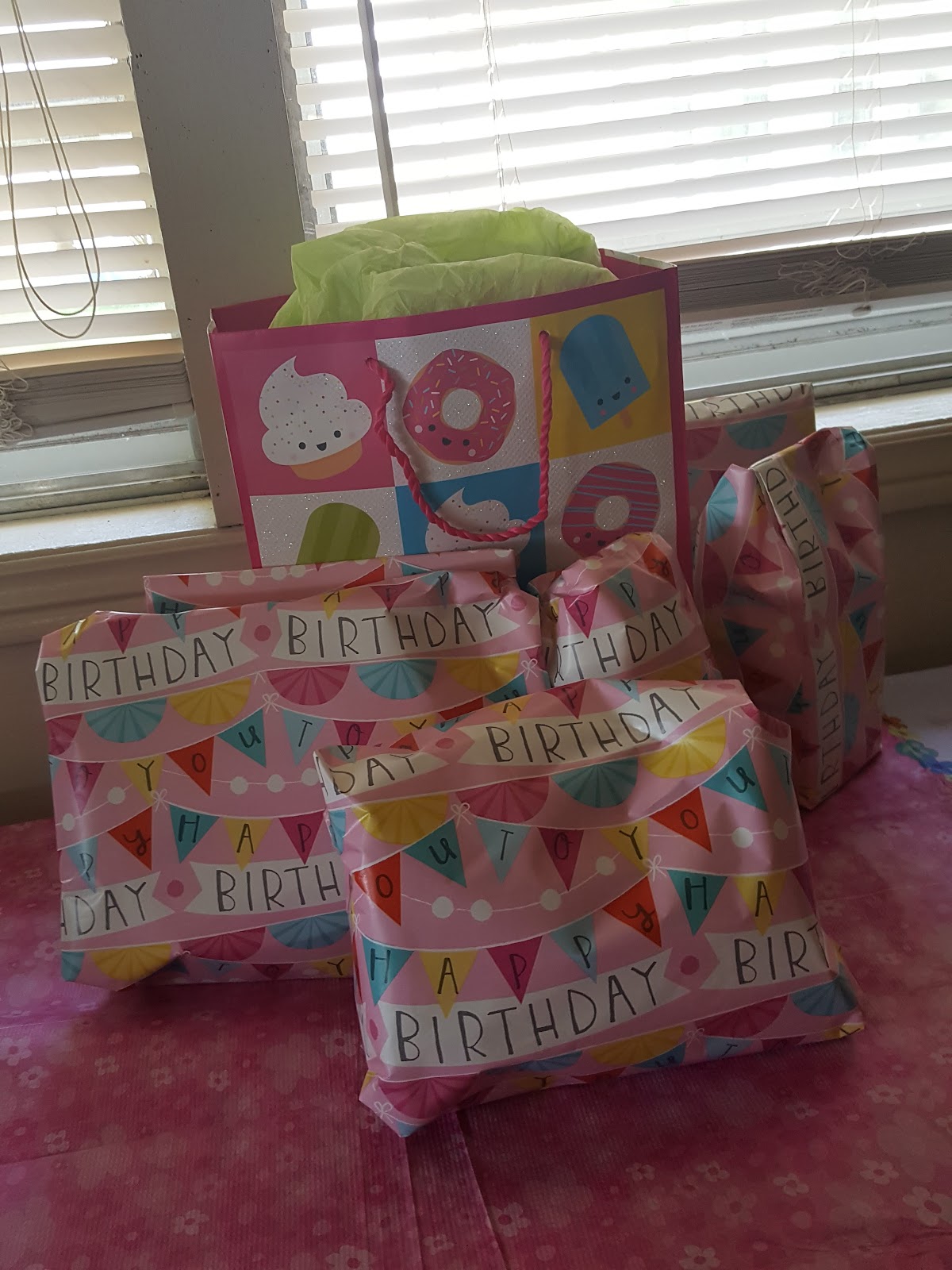 I wrapped all the gifts we got her individually so it would be fun and feel like she had a lot to open. My parents got her the bag with all the yummy & cute treats on it, which was filled with all the character from the Secret Life of Pets which we just saw. 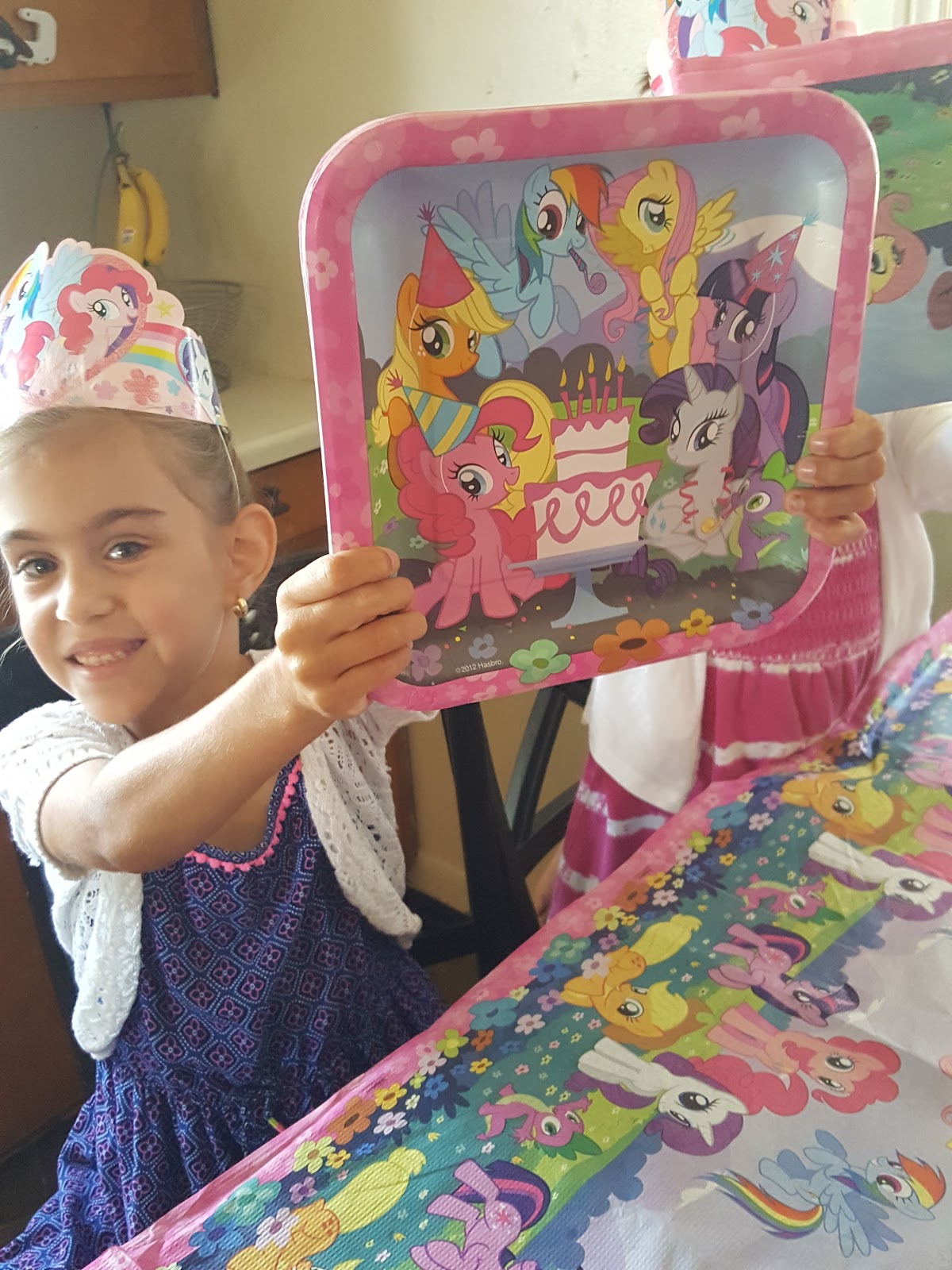 Maddie was so proud of her decorations and all the themed out stuff! 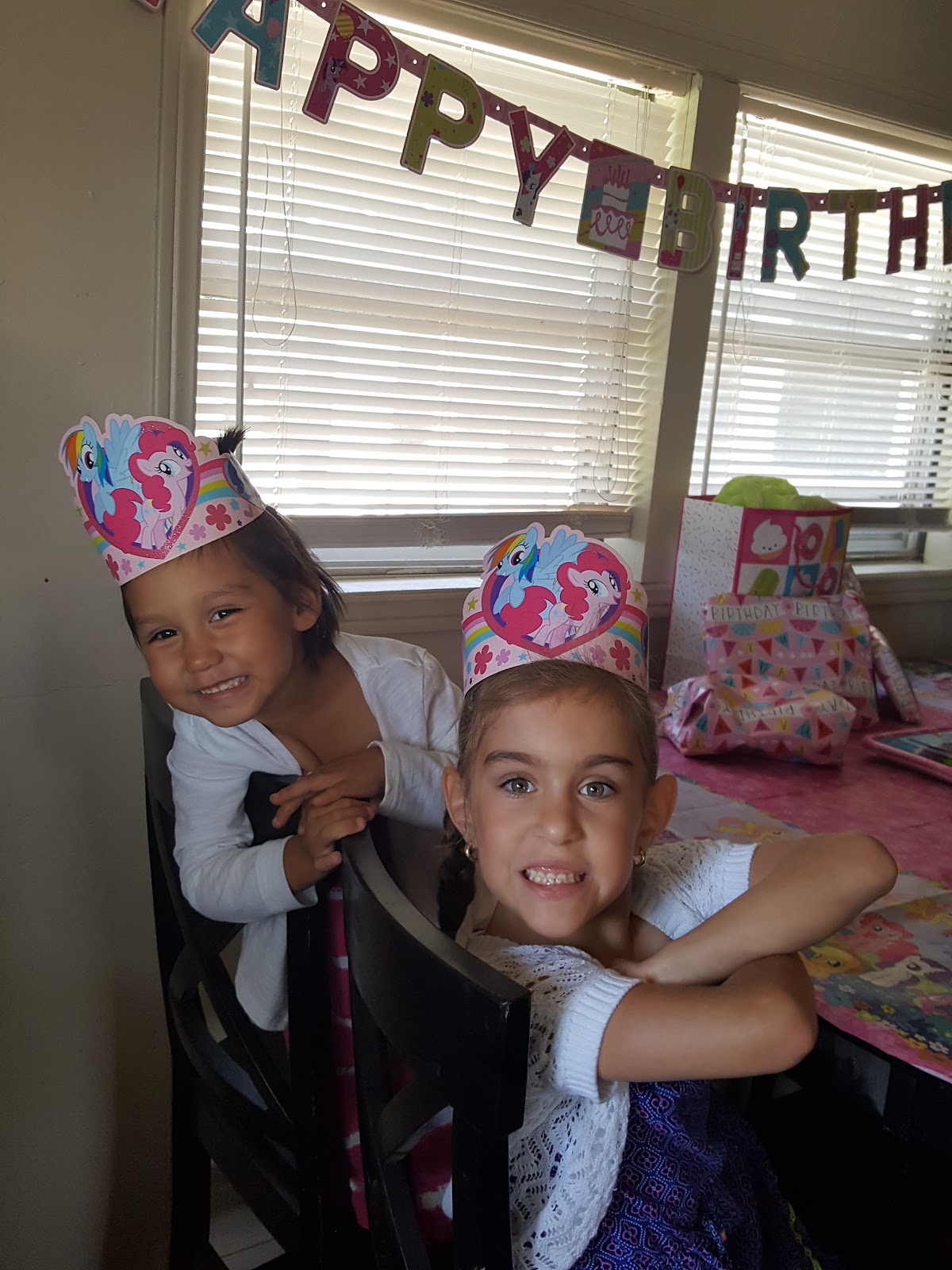 Naomi was just as excited to celebrate with her party hat and they both wanted to wear cute dresses. 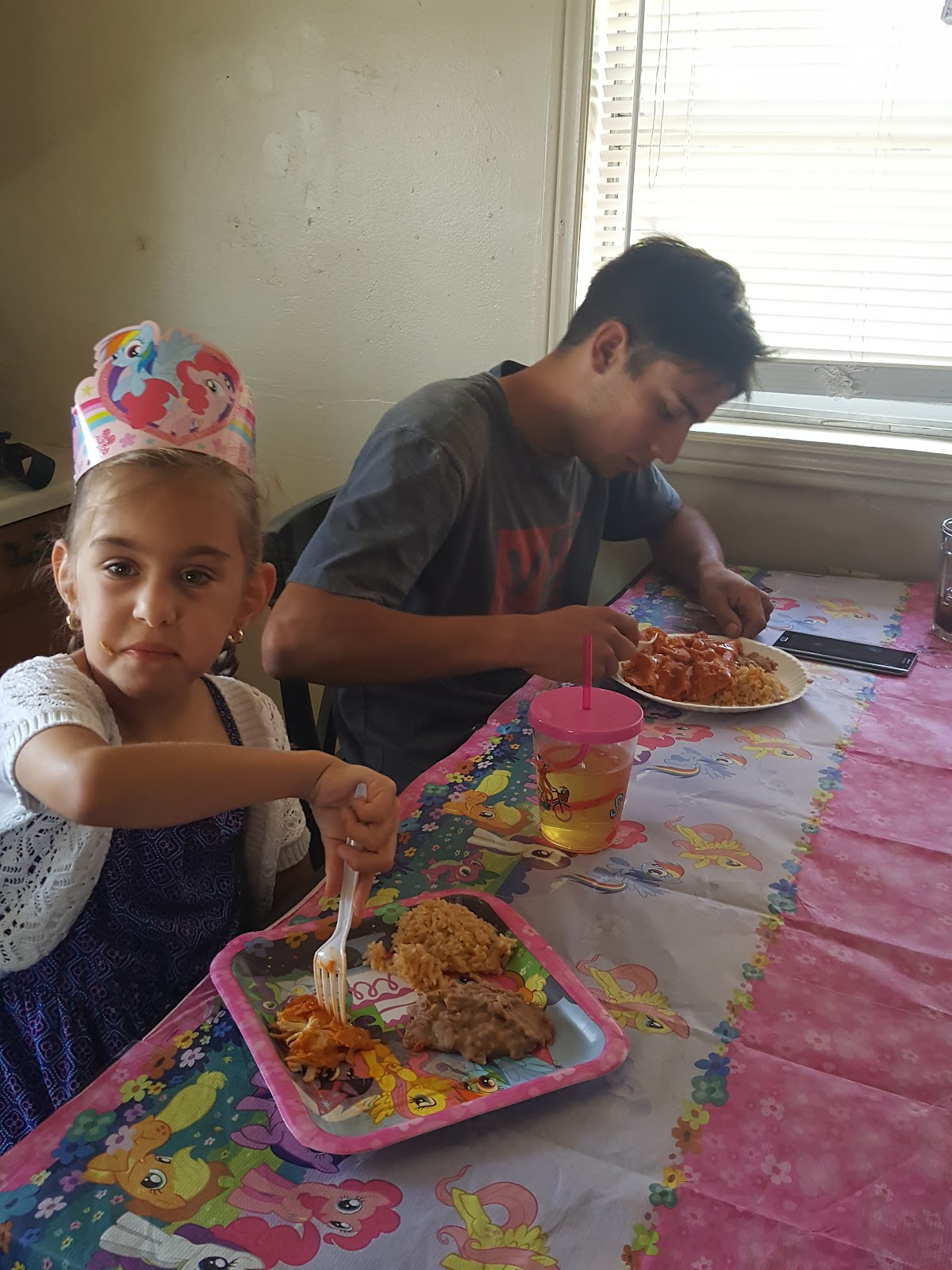 She devoured her first enchilada and was the first one to ask for seconds! 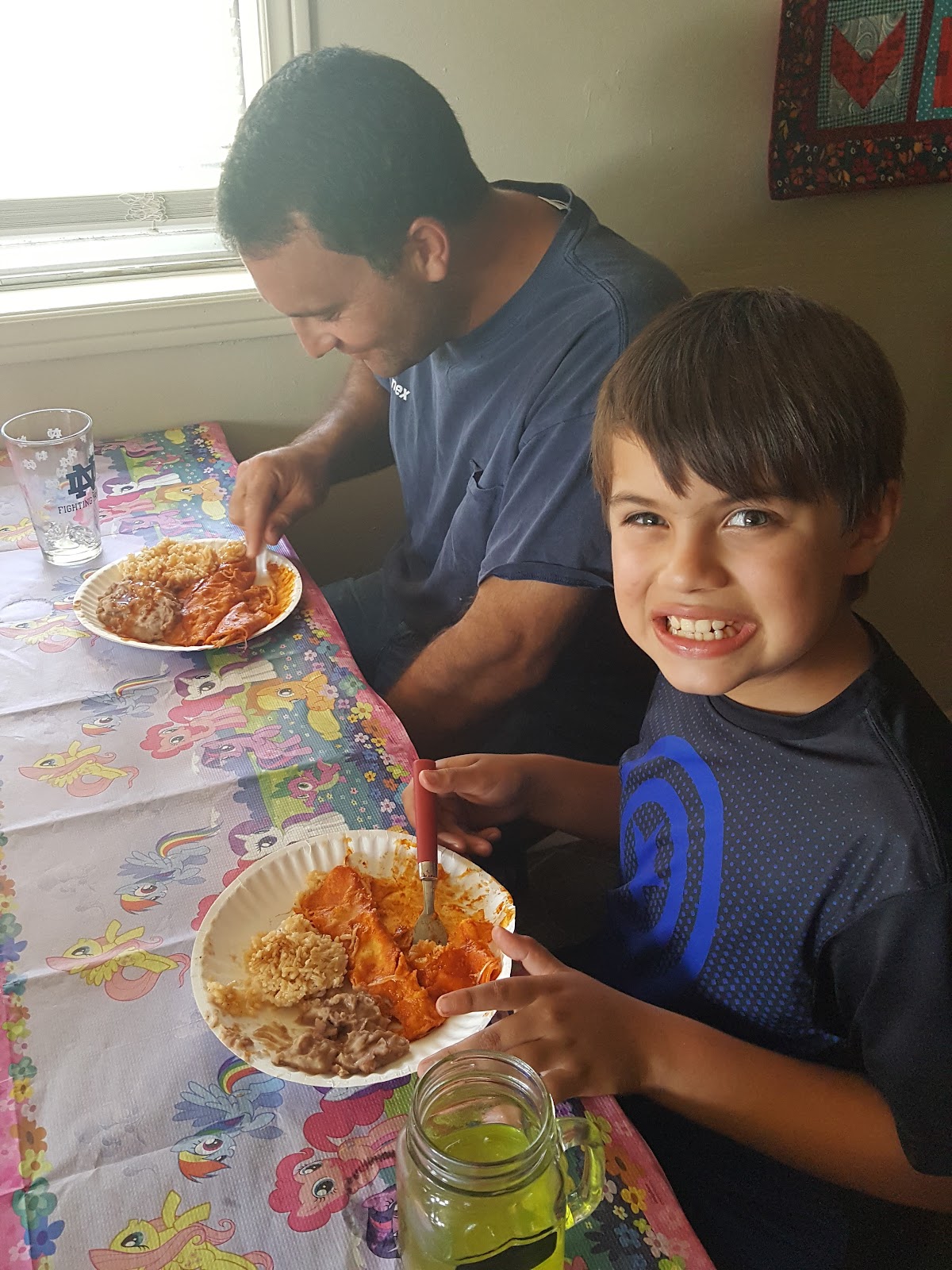 Jer and Bryce were in heaven.

Mexican food & Mtn Dew, I don’t buy soda for the kids and rarely let them drink it unless we are at a restaurant for a treat, so Bryce was one happy kid! 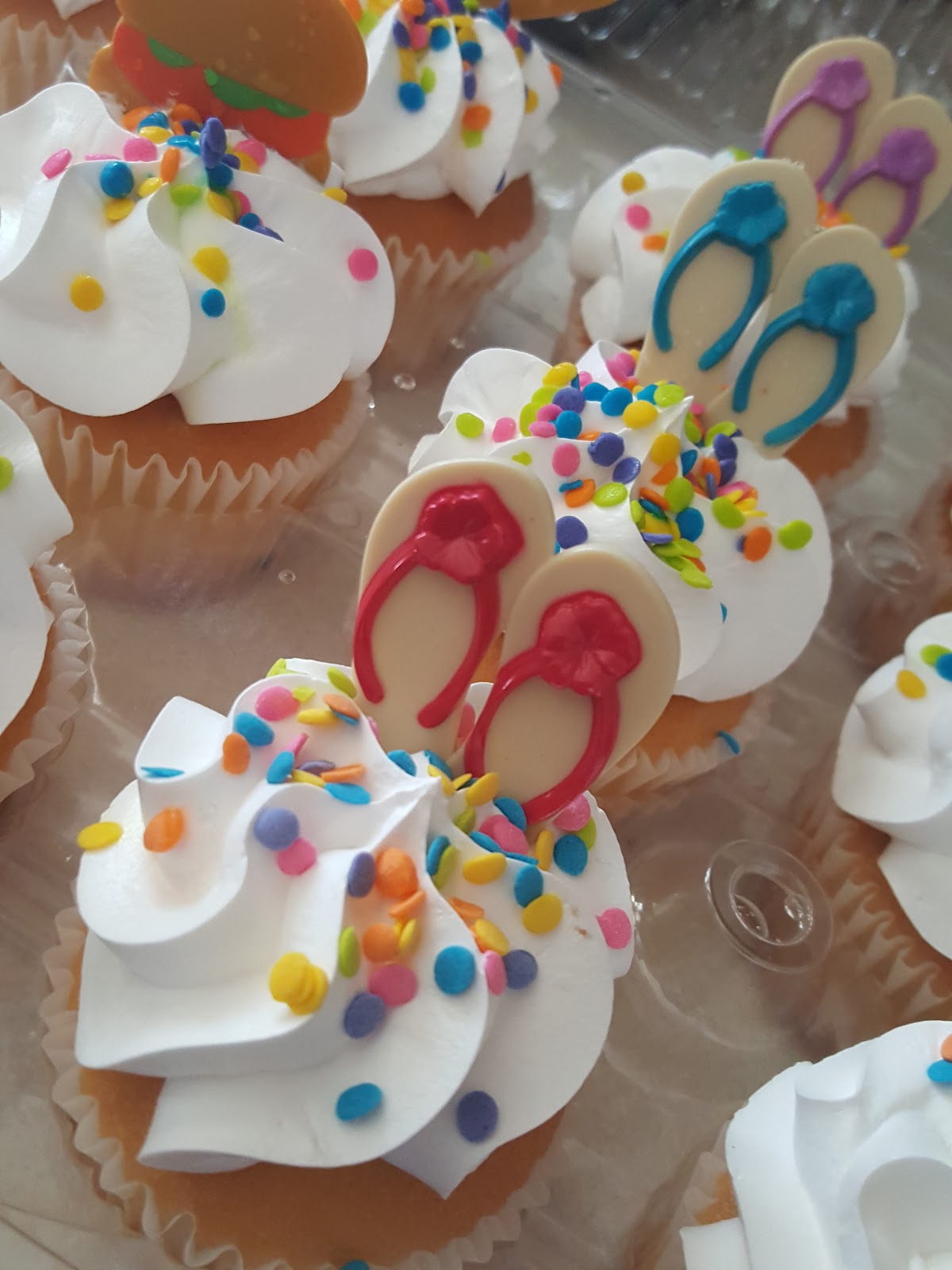 I know I took the easy way out by buying cupcakes but the local Price Cutter makes pretty good cupcakes! 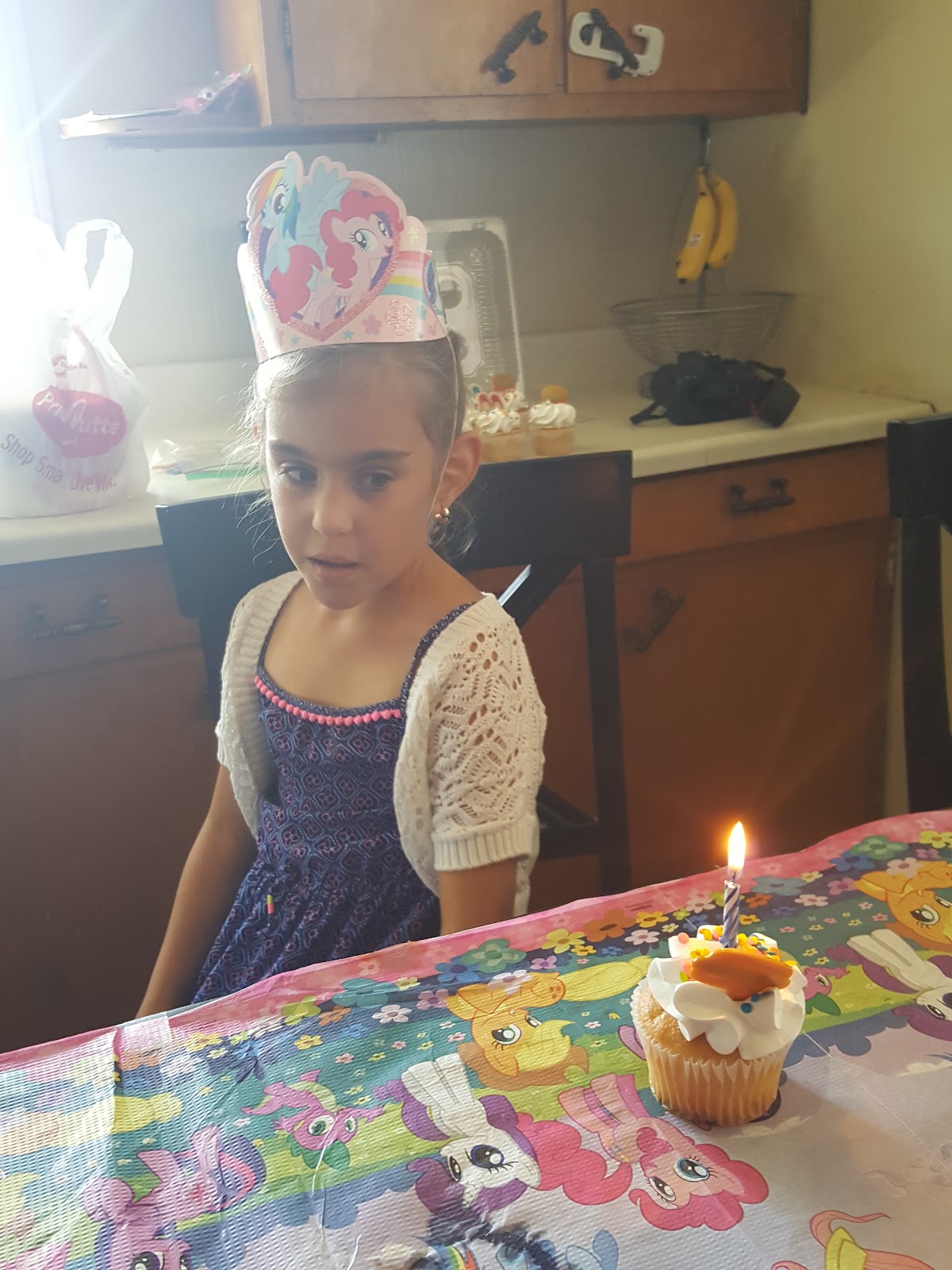 Maddie did not know what to do when we were singing her Happy Birthday. 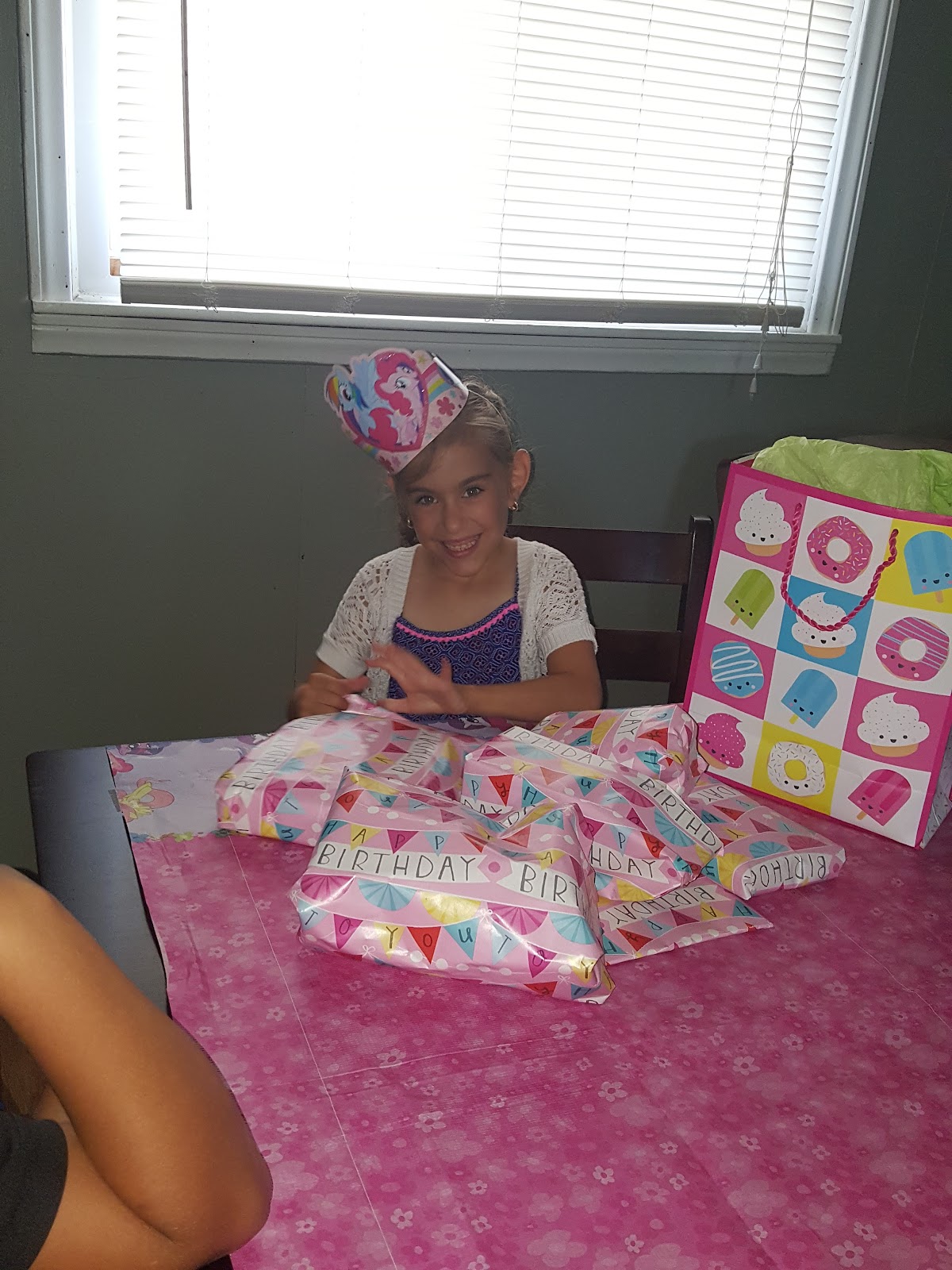 But she was ALL smiles when it came it opening presents!!! 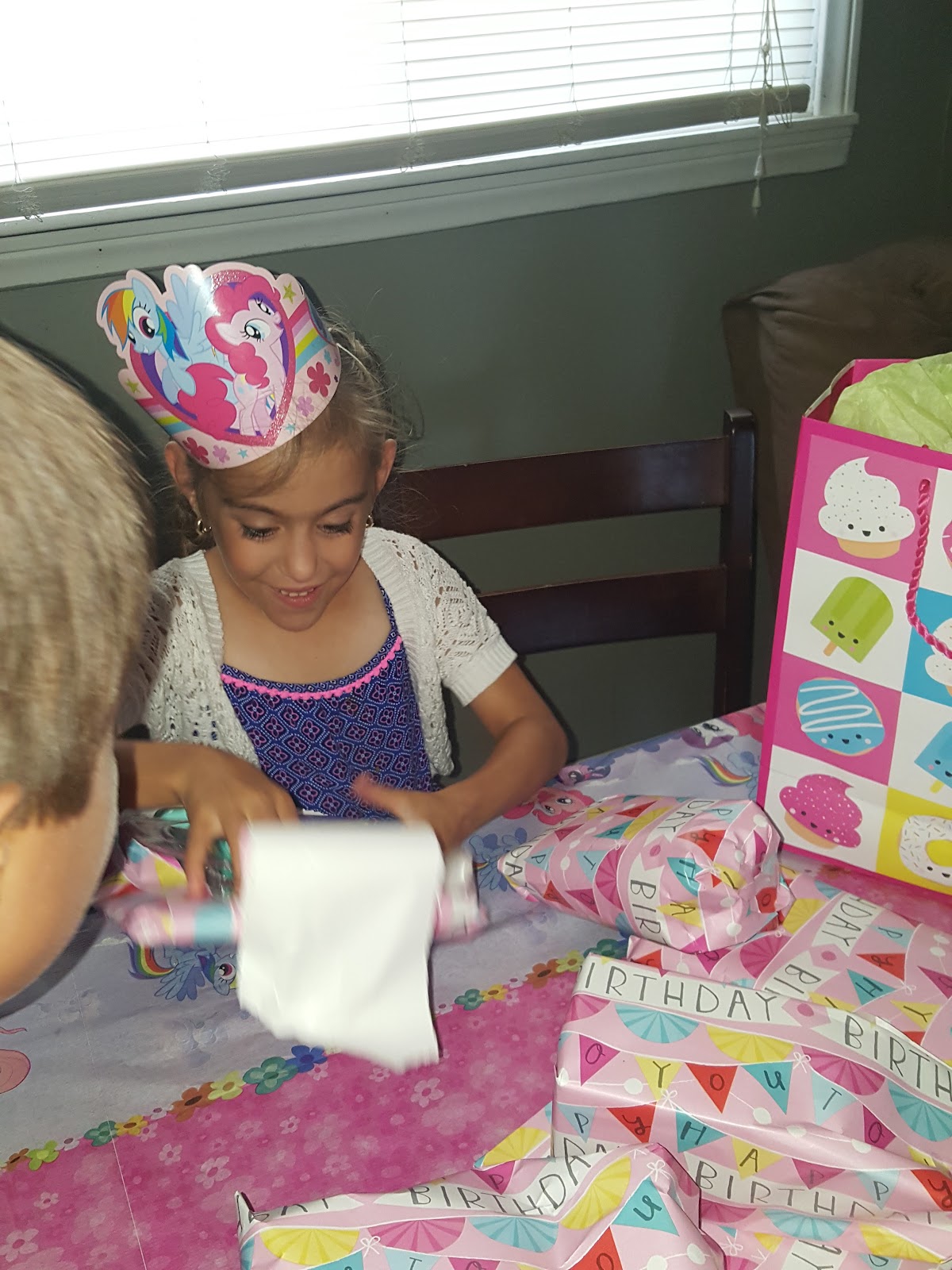 Jer and I got her:

Maddie has pretty much been into the same things since she was little. She likes little character type toys…animals, Shopkins, airplanes, lining them all up on tables and looking at them…our little Maddie or our big Maddie now! 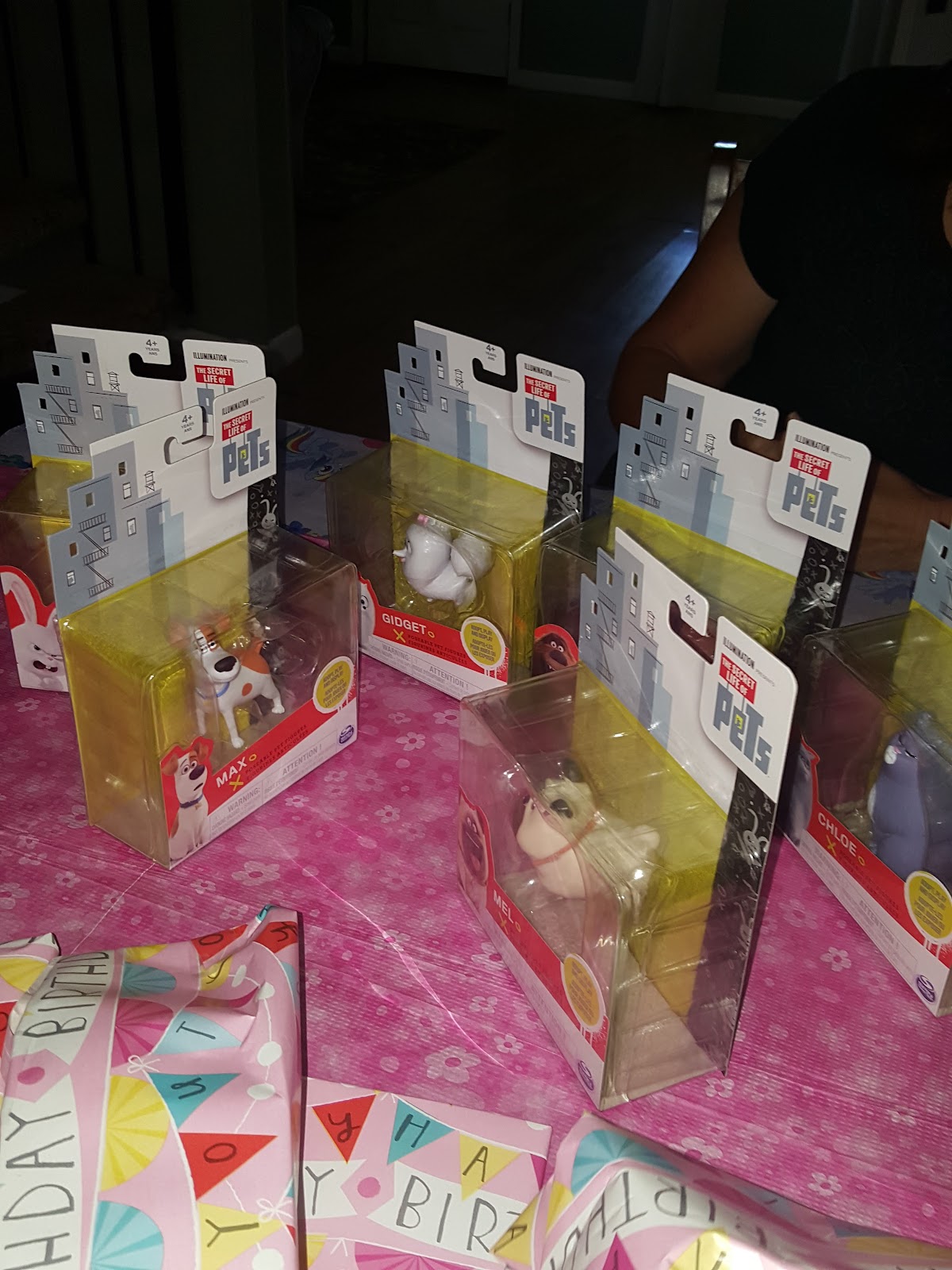 Here’s all the characters from the Secret Life of Pets! 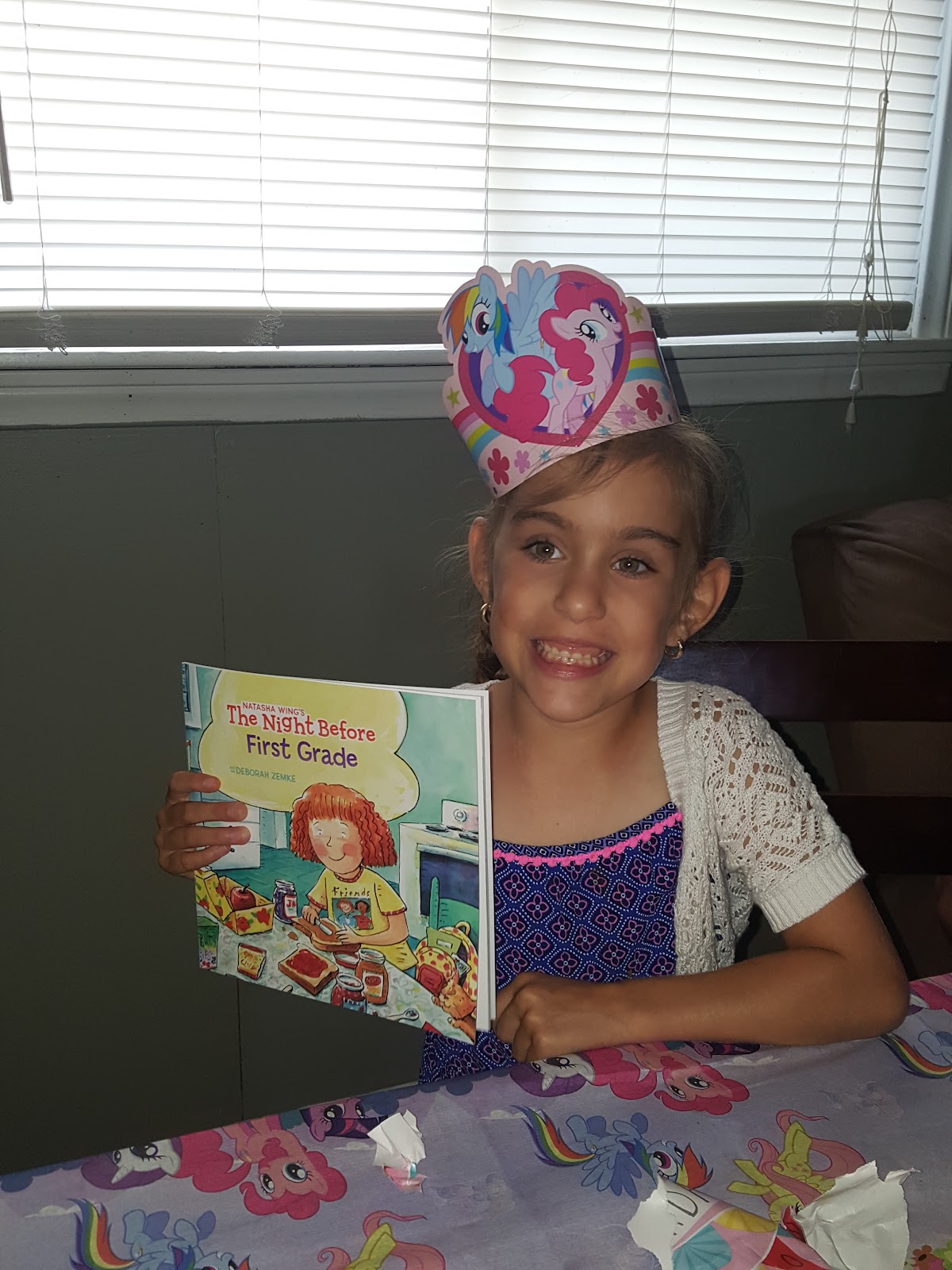 I also have been collecting all the Natasha Wing books as it pertains to us and I added The Night Before First Grade to our collection.

I also picked up the Night Before Preschool for Naomi, another we didn’t have!

Below I put in a little clip from her opening her Shopkins, don’t mind Jer & Ty in the back dozing off, haha, they were resting before afternoon milking.

That was Maddie’s birthday lunch and tomorrow is her actual birthday so I’m going to do a special post all about Maddie tomorrow!