The nicknames pretty much all have reasons but let me put it to you this way, he’s kind of a bull in a china shop! haha 🙂 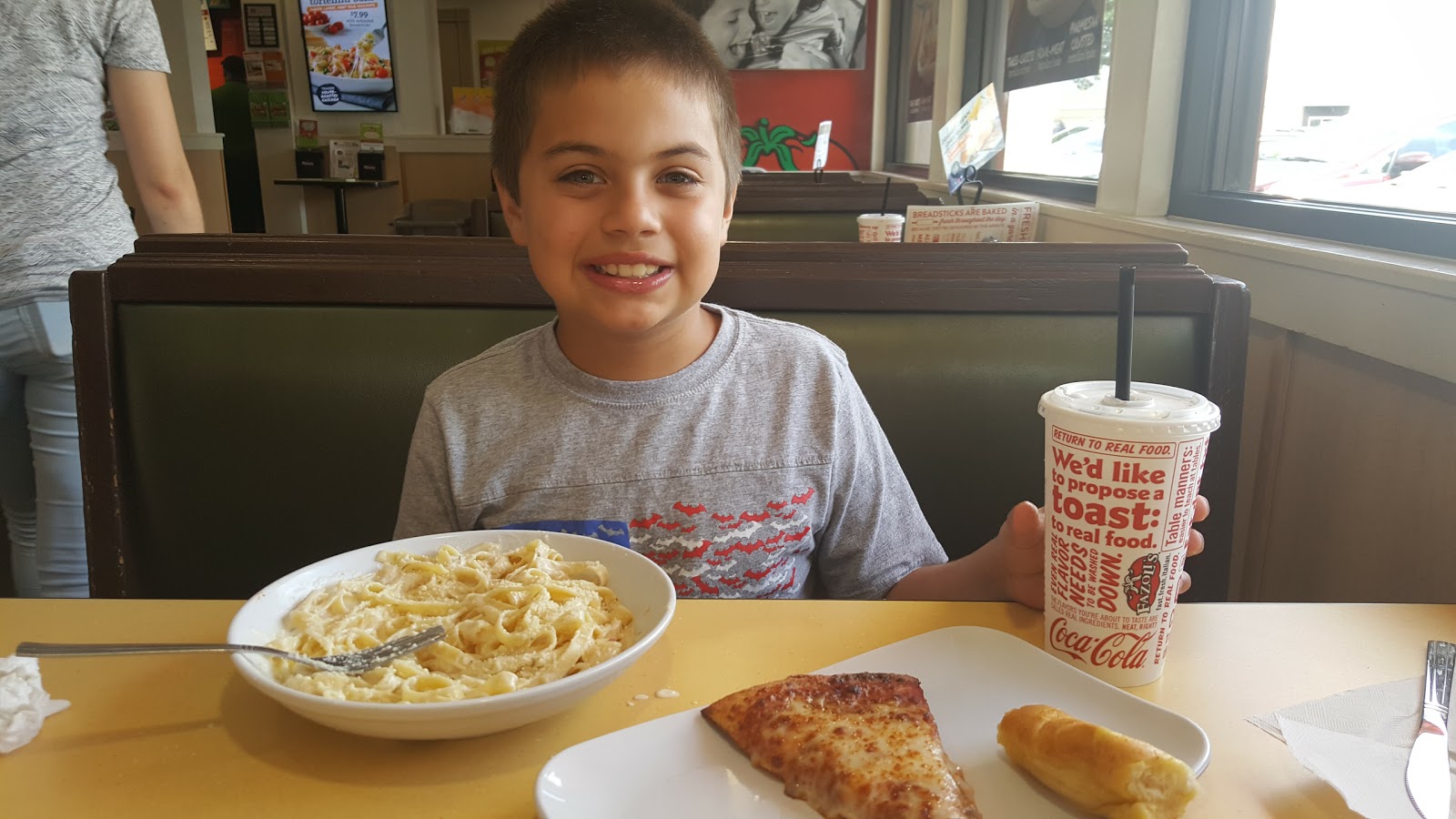 I would say Bryce’s favorite foods are Italian, Mexican and Chinese!

The only food I know hands down he doesn’t like are hot dogs, he will not eat them.

(F.Y.I.-I did not let him eat all that, he brought half of that home for his dinner) 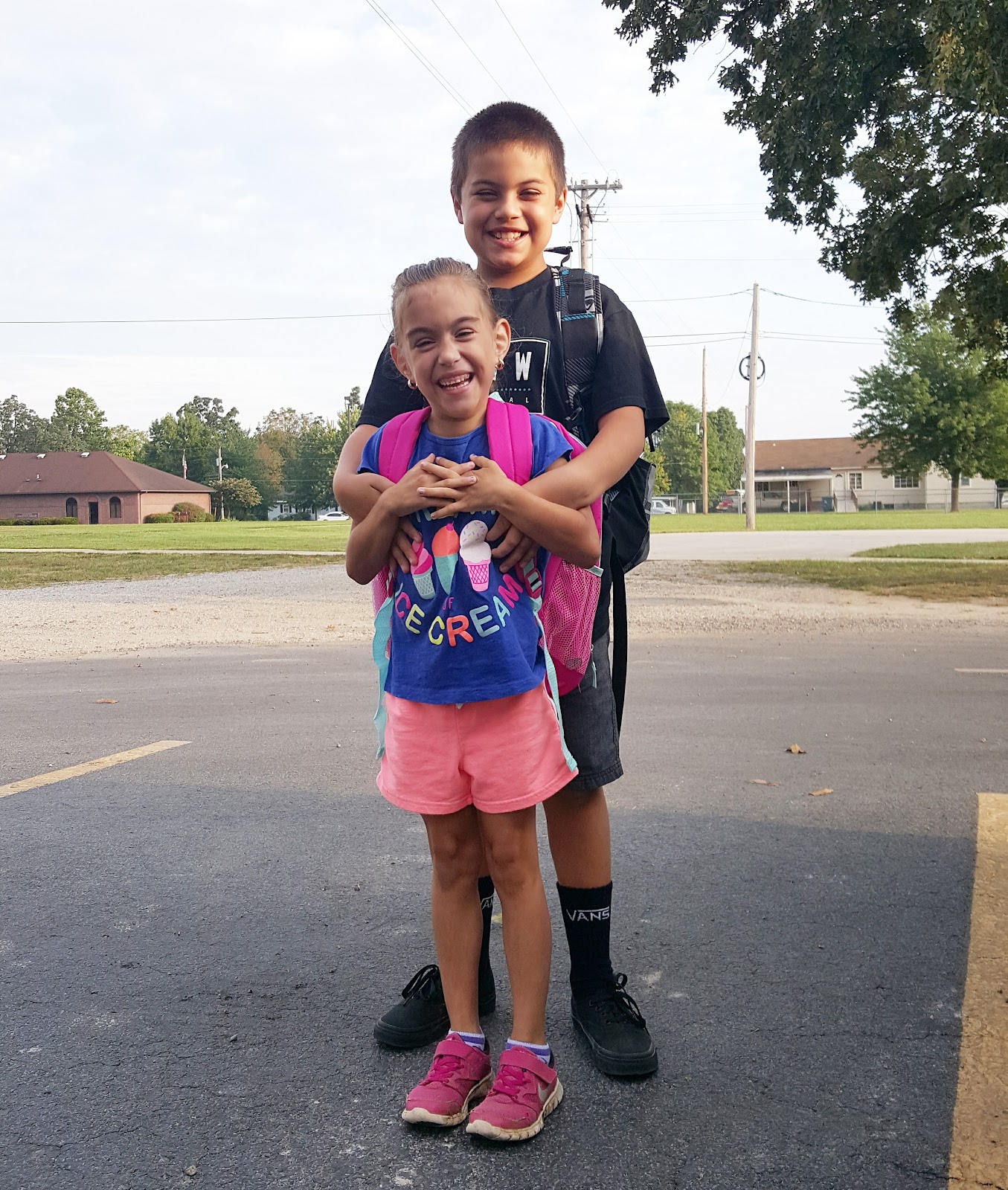 He is a great big brother to his sisters, especially Maddie!

It’s a hard job to be a sibling to a child with special needs because as a parent you don’t mean for it to happen and I try my best but, sometimes, ok who am I kidding…most of the time I have to deal with Maddie’s needs and he has to wait.

Bless his heart because he has had to go through a lot of changes in his life. 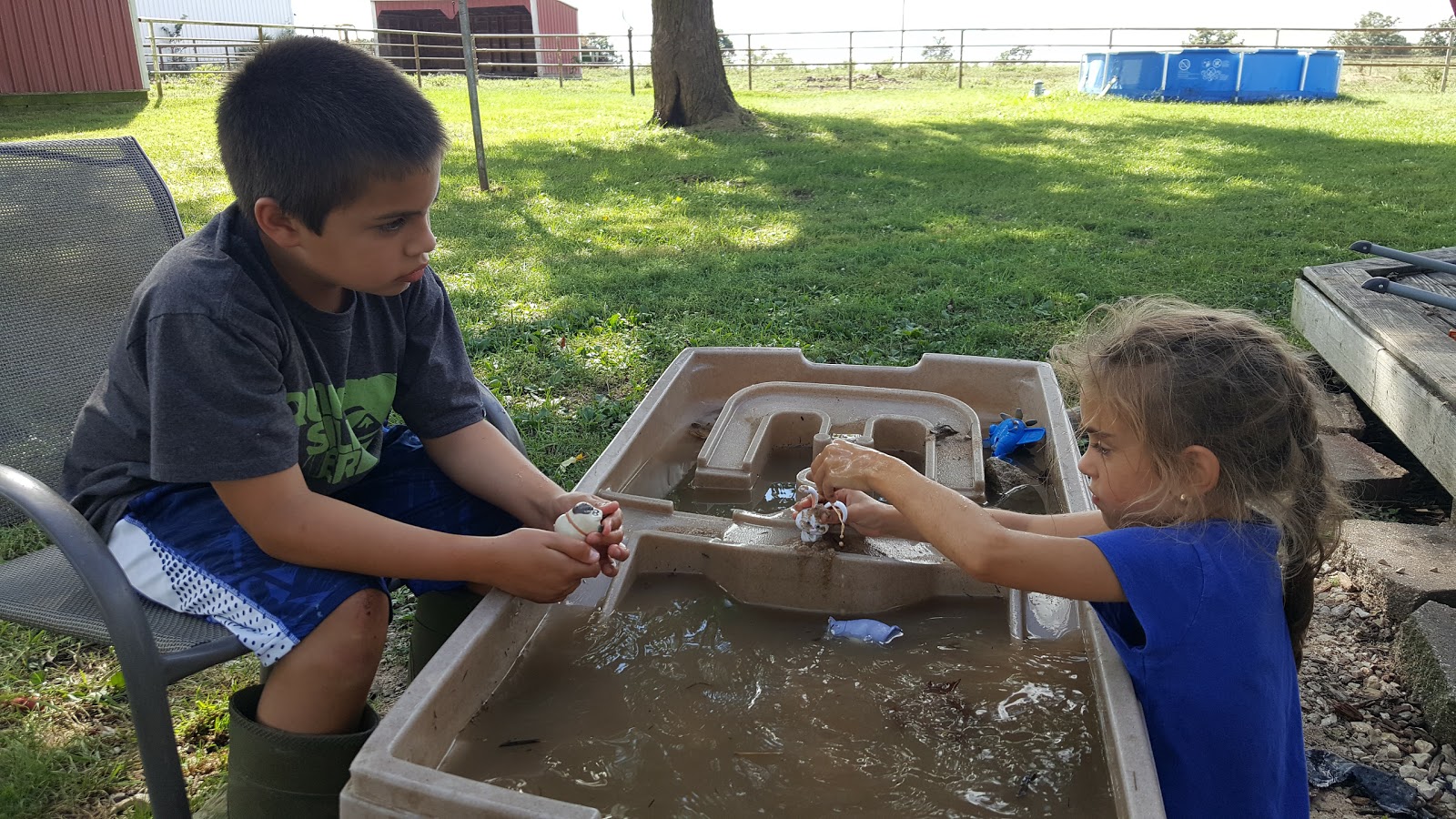 He is also my right hand when I need him to help keep an eye on Maddie while I’m working, he knows how to deal with her and know what to say or more importantly what not to say. 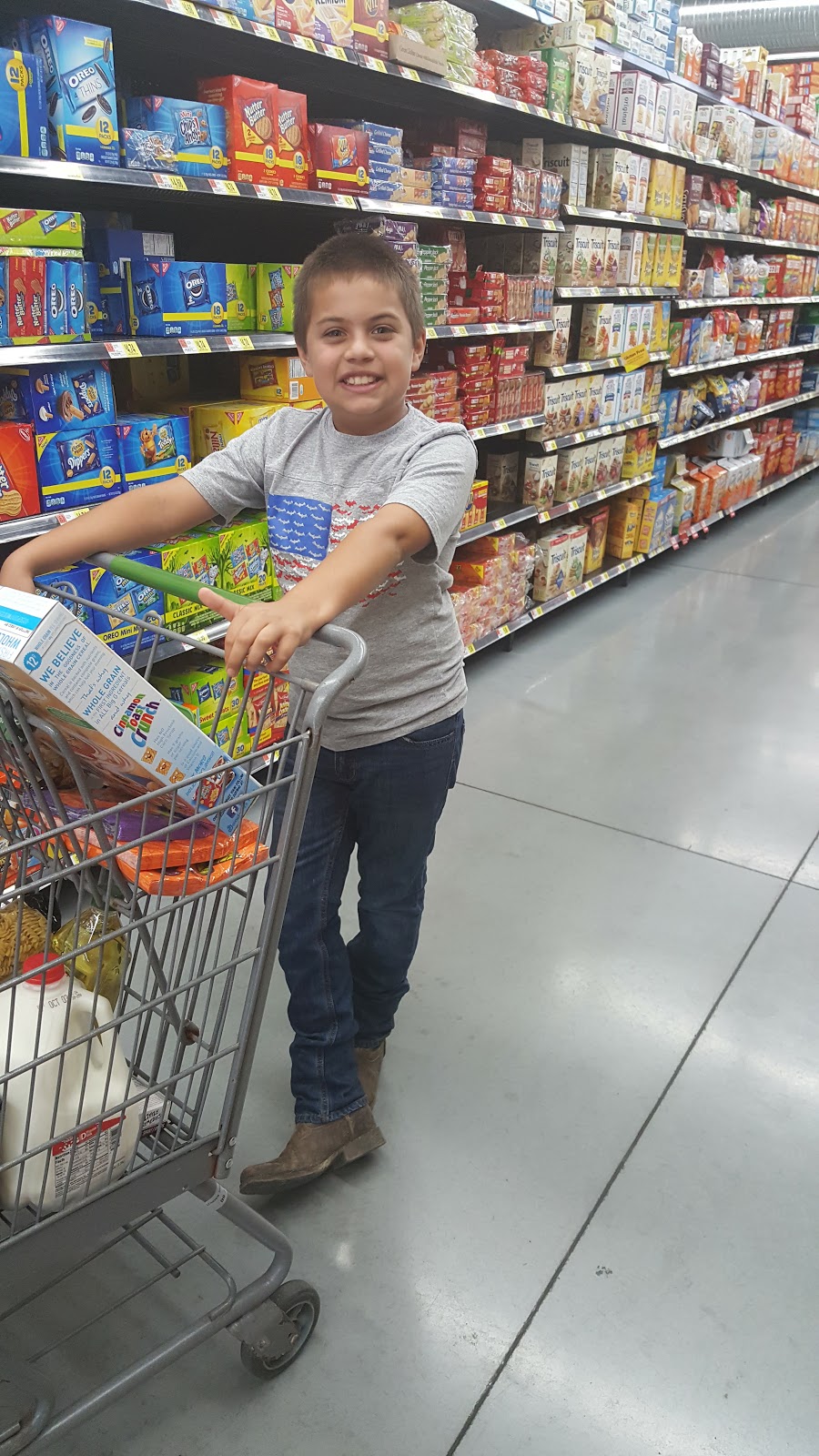 He loves having special time with just him and Mommy! 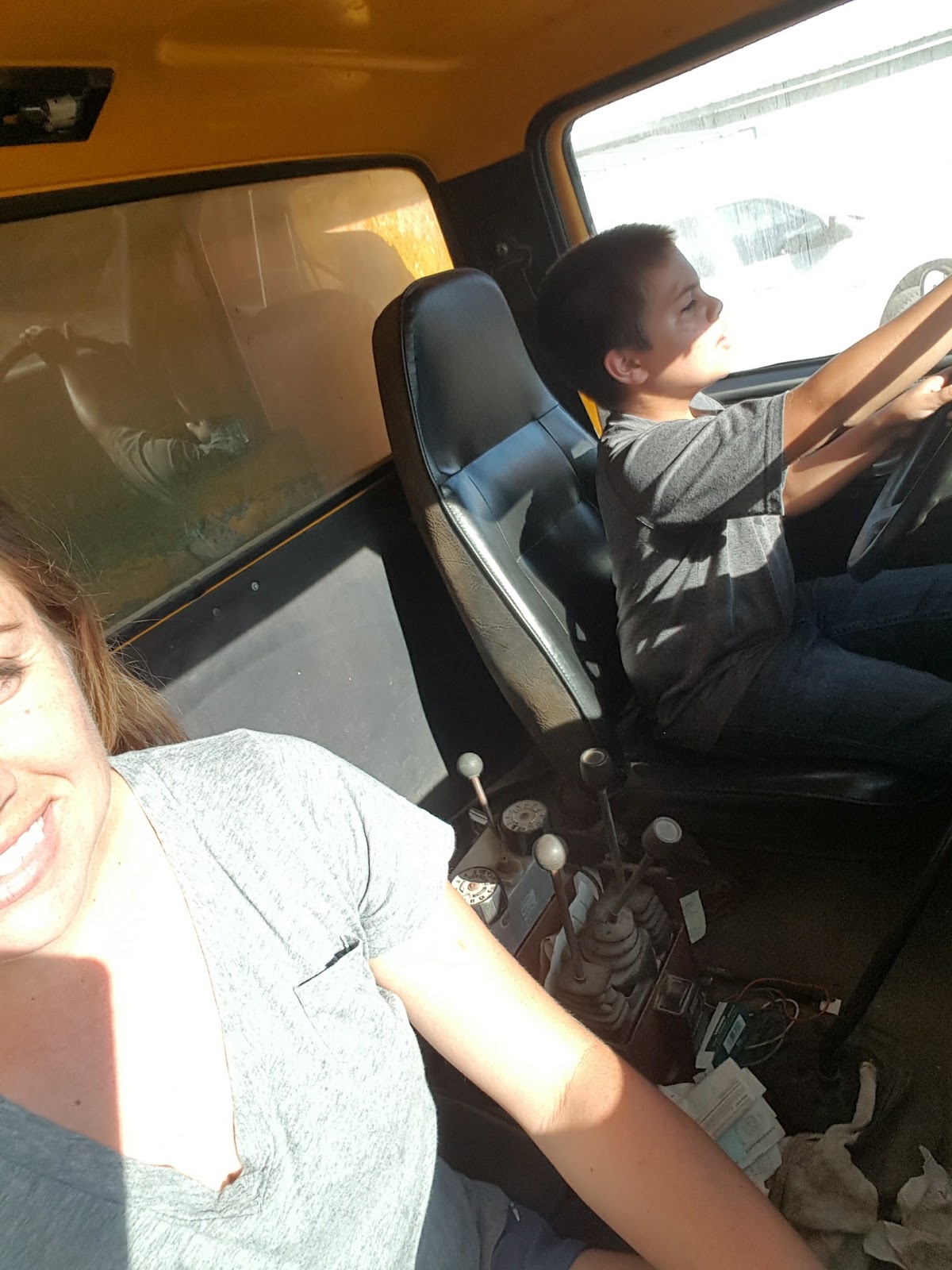 Bryce knows how to drive most all the equipment around the dairy. 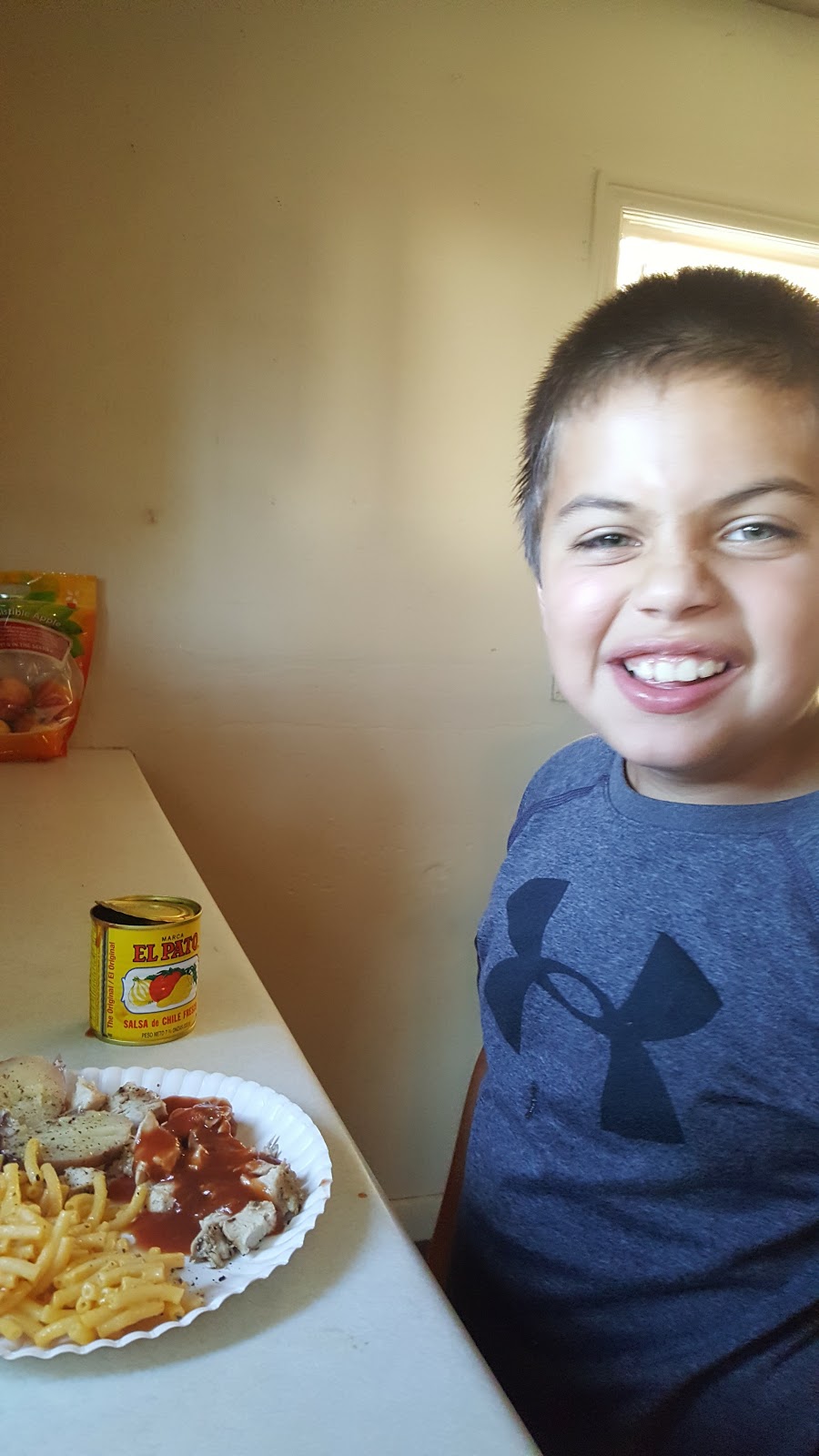 He’s silly, loves to joke and mess around and has a great sense of humor!

And if you can’t tell he is currently into Pato sauce, he gets that from his Dad. 🙂

Now this next set of pics are from Bryce’s football game last night.

This is his third year playing football and this was the first game of the season. 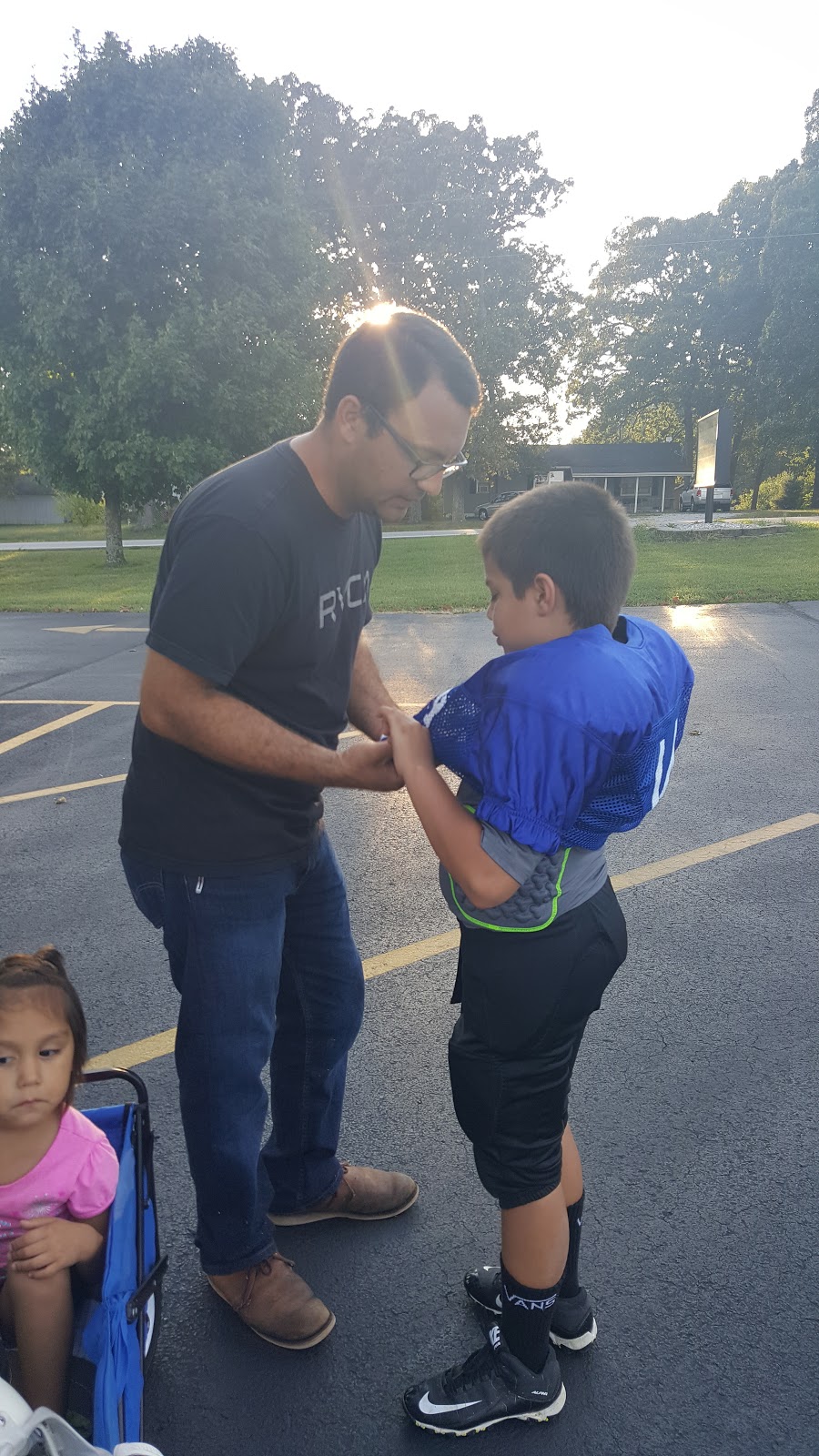 Maddie stayed with my Dad and then later with Uncle Ty who helped watch her.

My Mom is out of town so they both did a great job!

Bryce’s sports games just aren’t her thing, we’ve learned countless times the hard way and if we both want to be able to watch the game and Maddie to be content & happy it’s just easier for her to stay back. 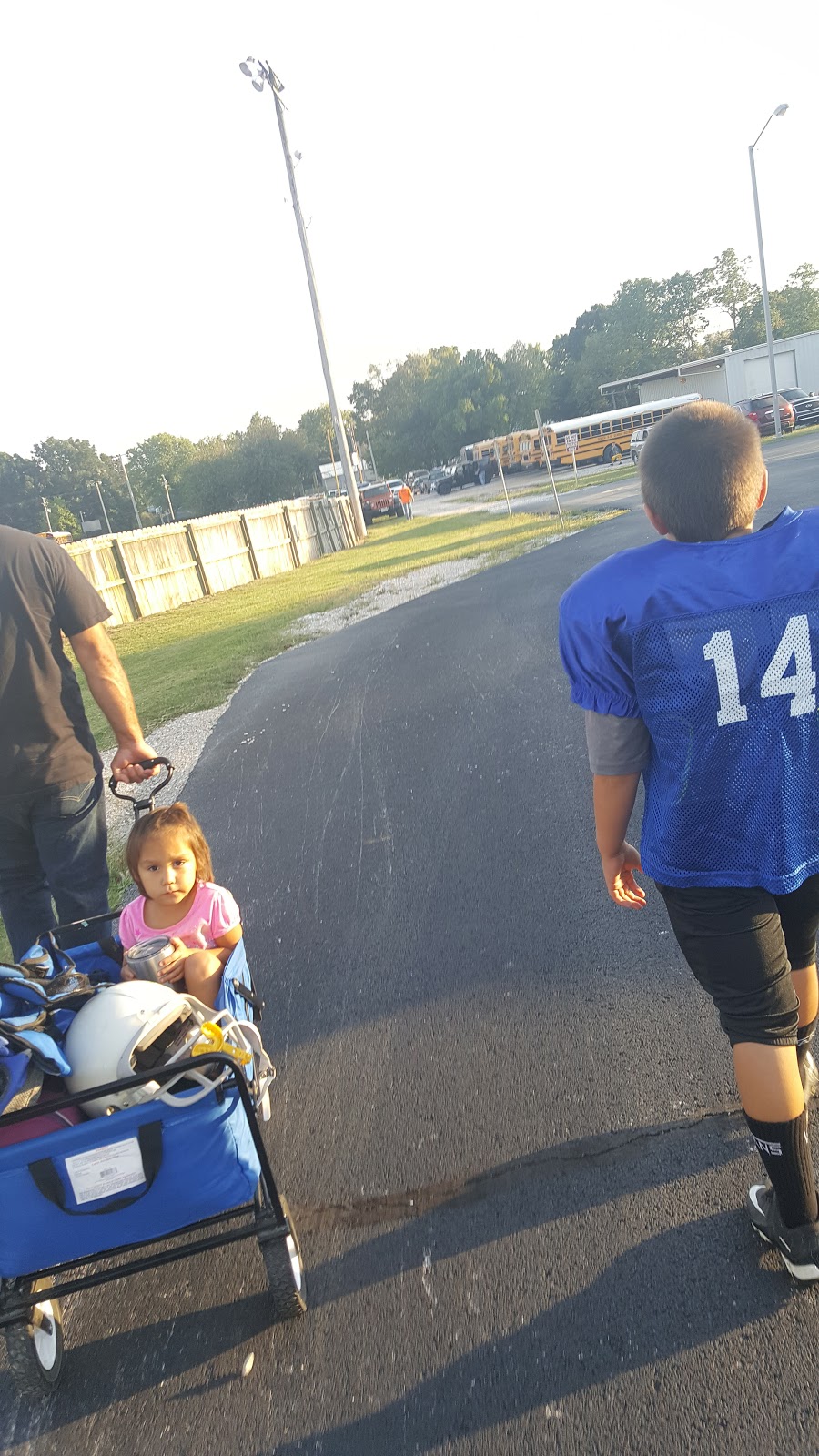 So it was Jer, Naomi, Bryce and I.

Naomi was content with snacks and sitting in the wagon watching Peppa Pig. The girls think of my niece (their cousin) Holly when they watch Peppa because they knows she loves that show! 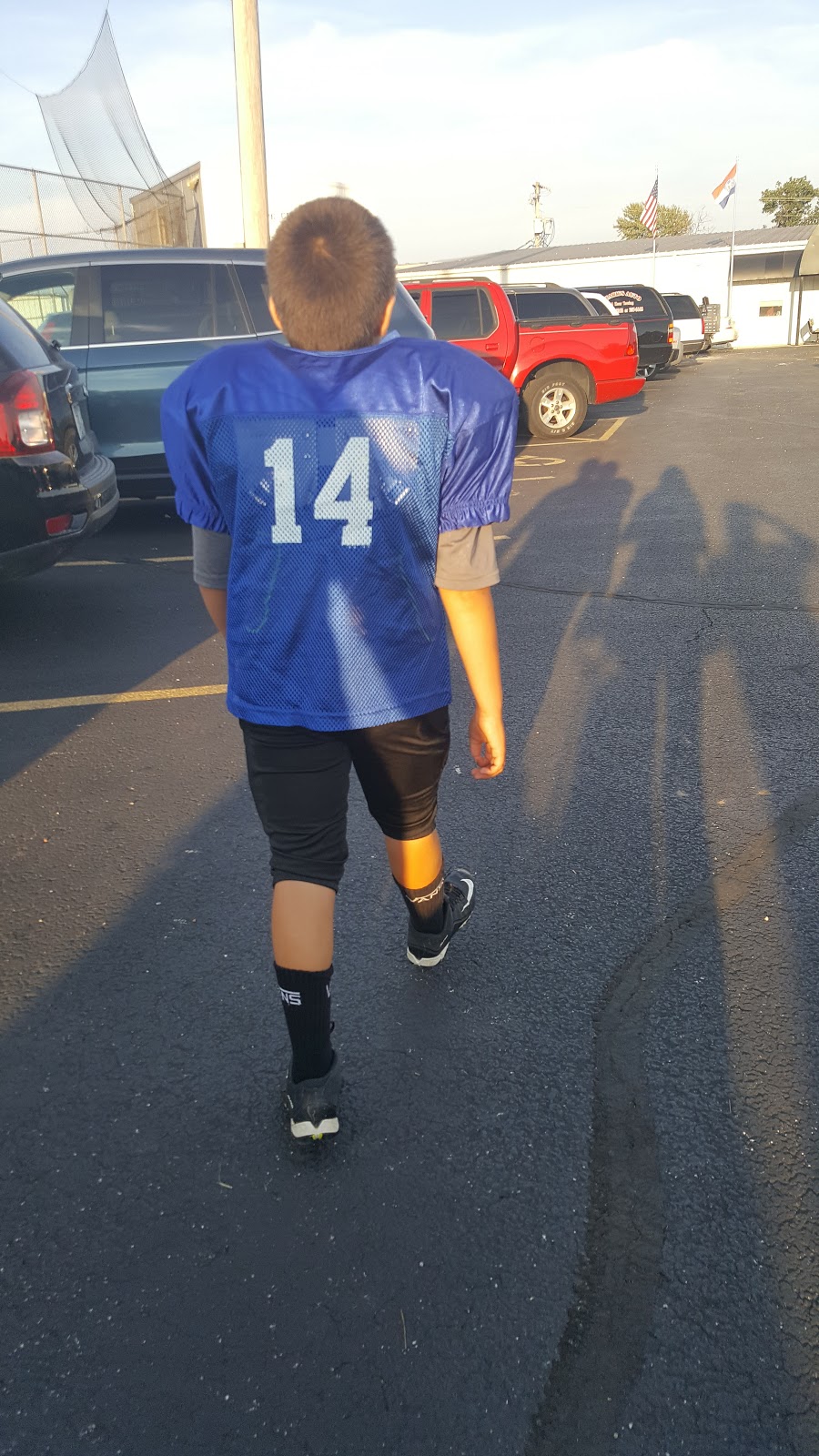 Bryce has grown so much since moving to Missouri. 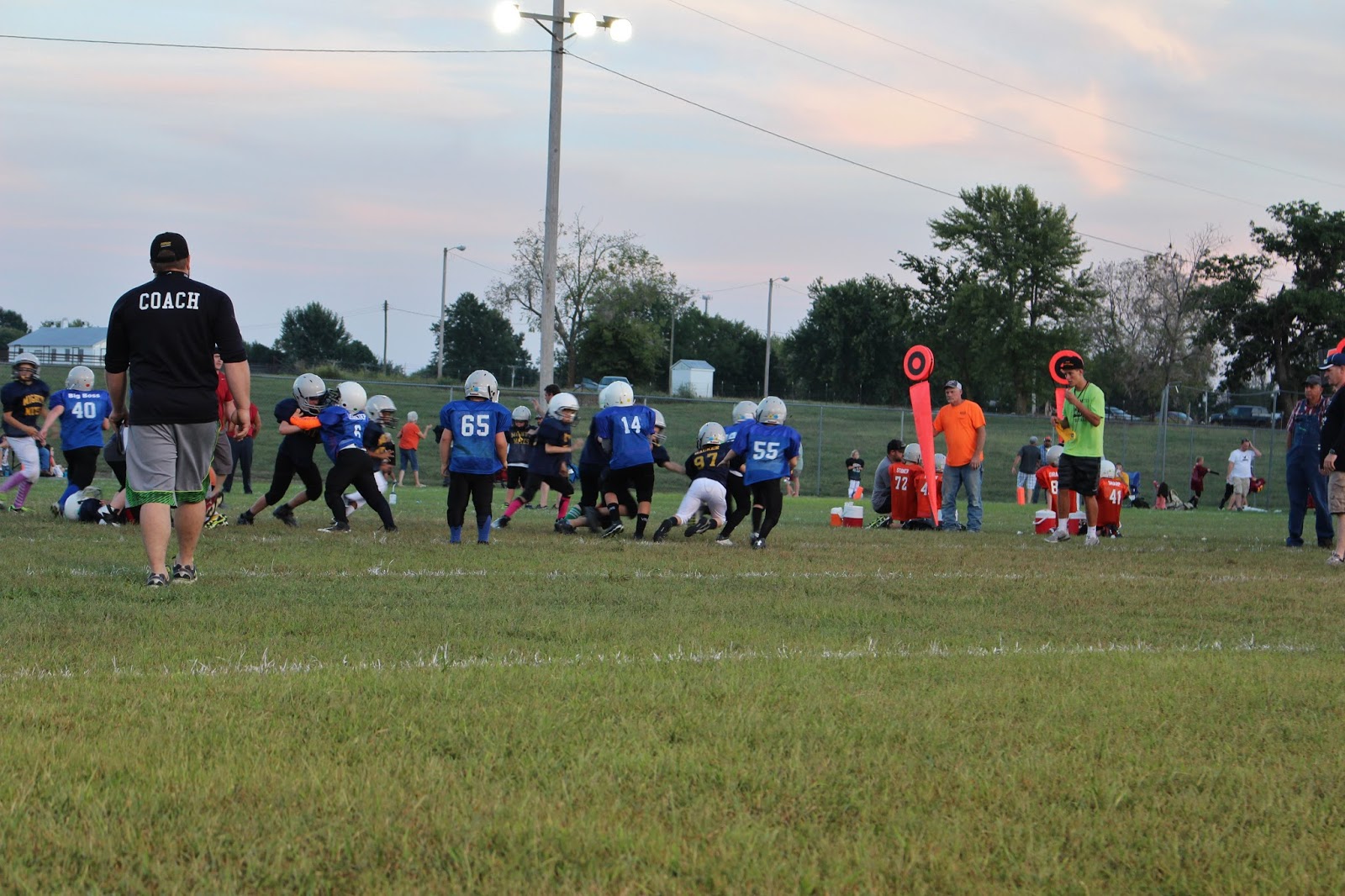 So if you didn’t notice from the pictures above Bryce is number 14, he’s playing Right-Tackle on offense. 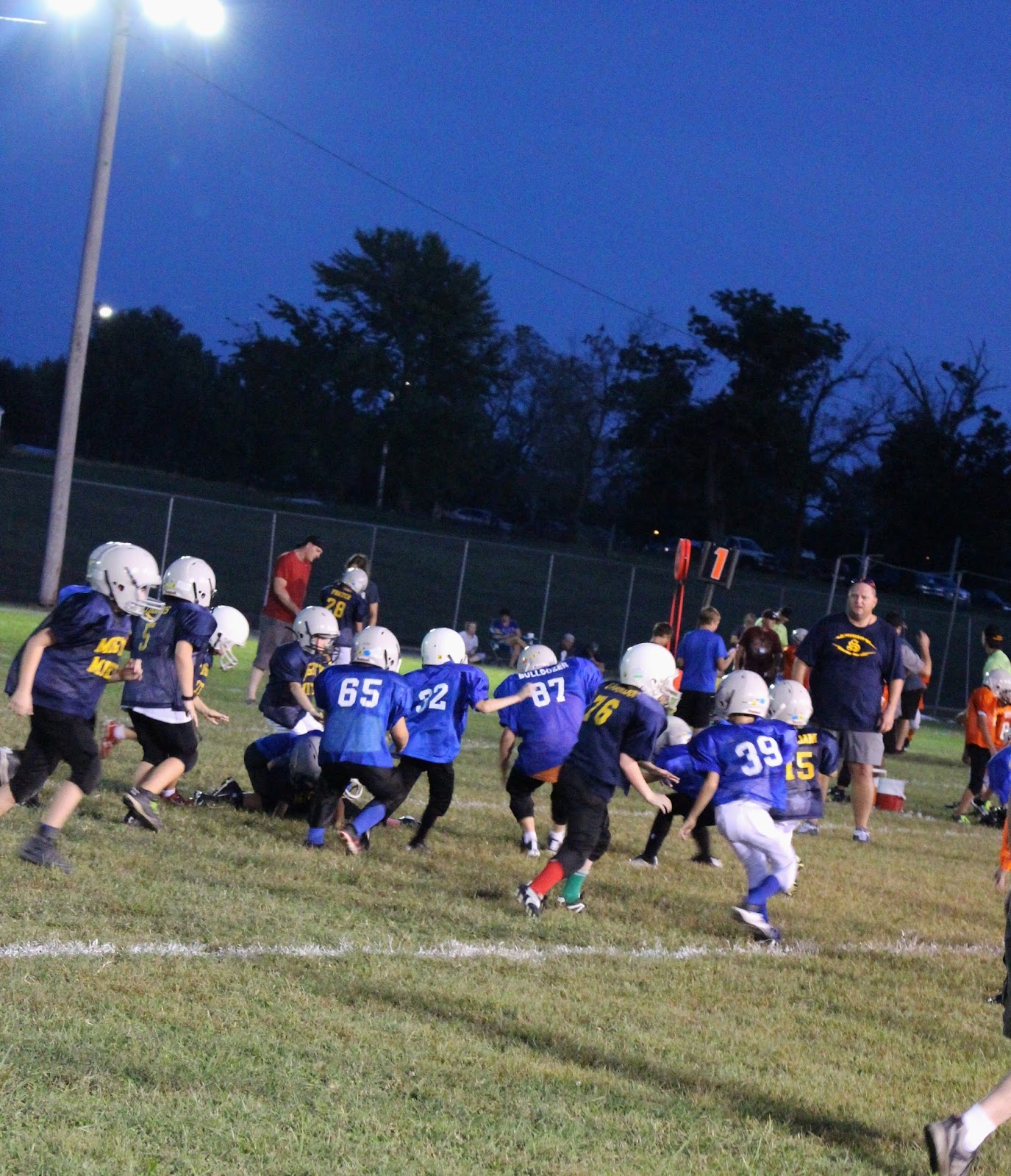 And pretty much the same position on defense. His favorite thing is to play defense and this play above is when he forced a fumble.

That’s him on the ground, on top of the kid, haha! 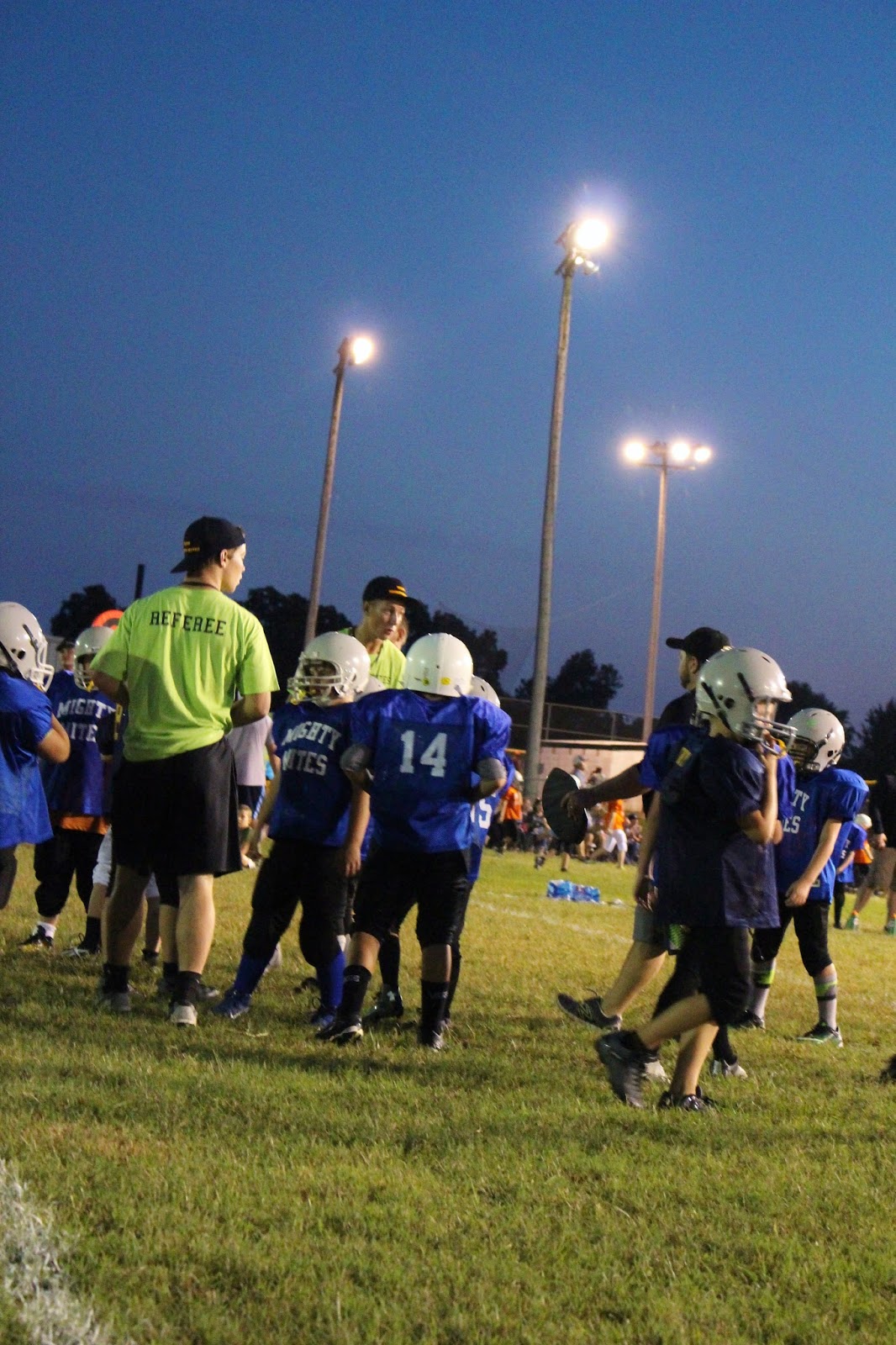 One thing he loves about his team is that most of the kids on the team go to his school.

Since we live in a small town, our town and the neighboring small town team up to form a team and 4 of them alone are in Bryce’s class! 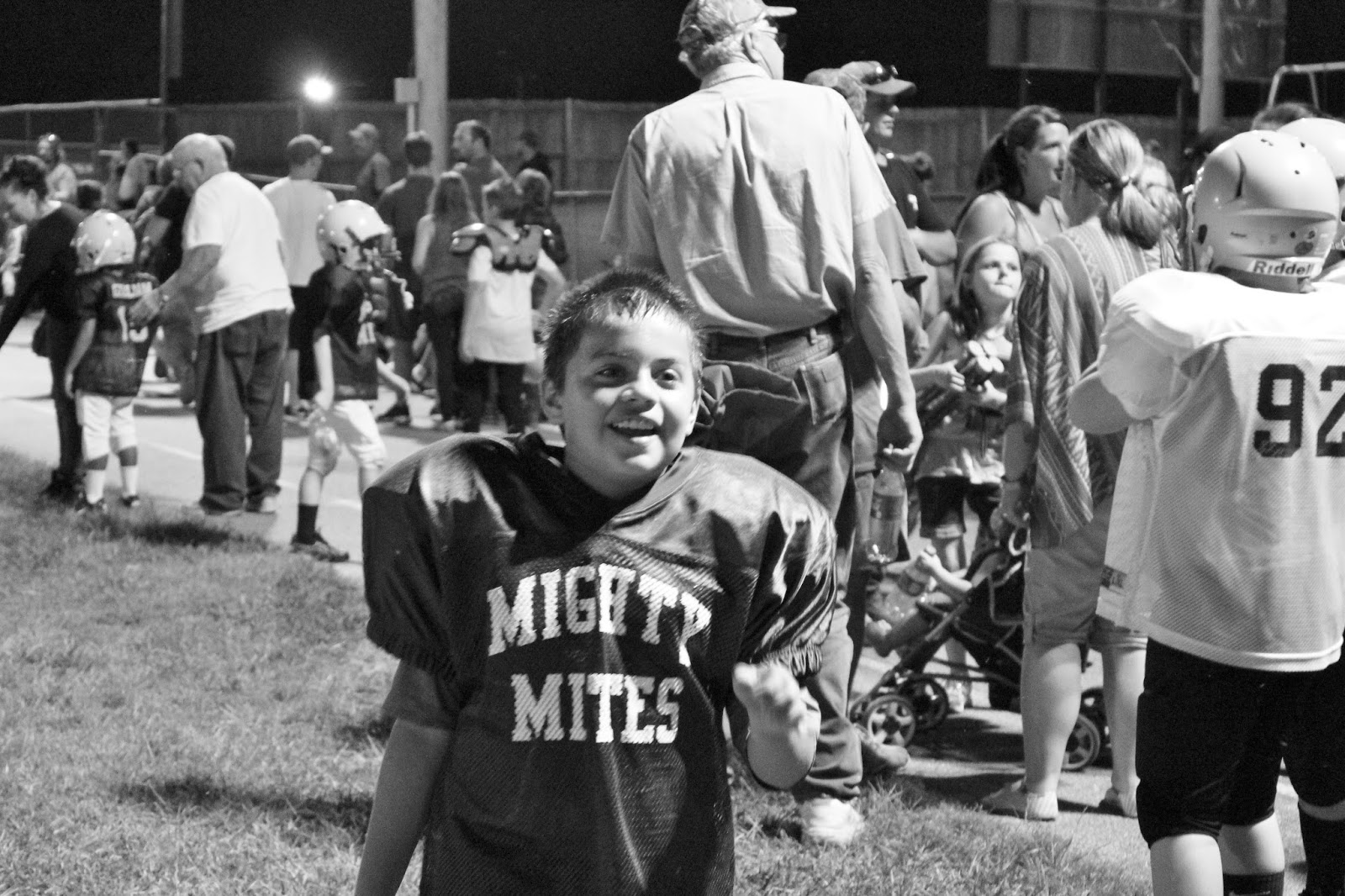 That smile says it all, I think this year will be his year!

He was so happy that they won!!! 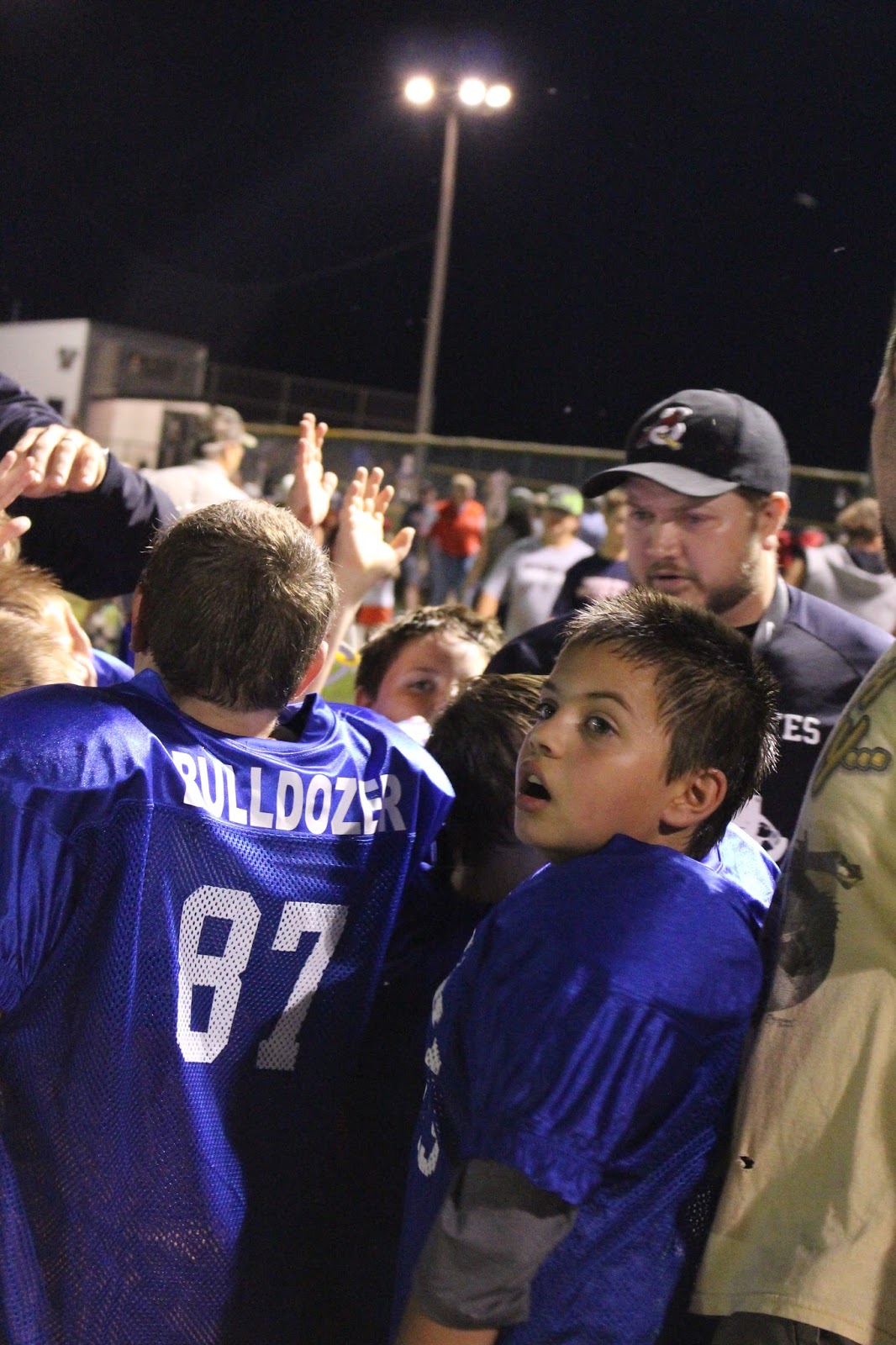 His coach runs the local tire shop in town, lol! 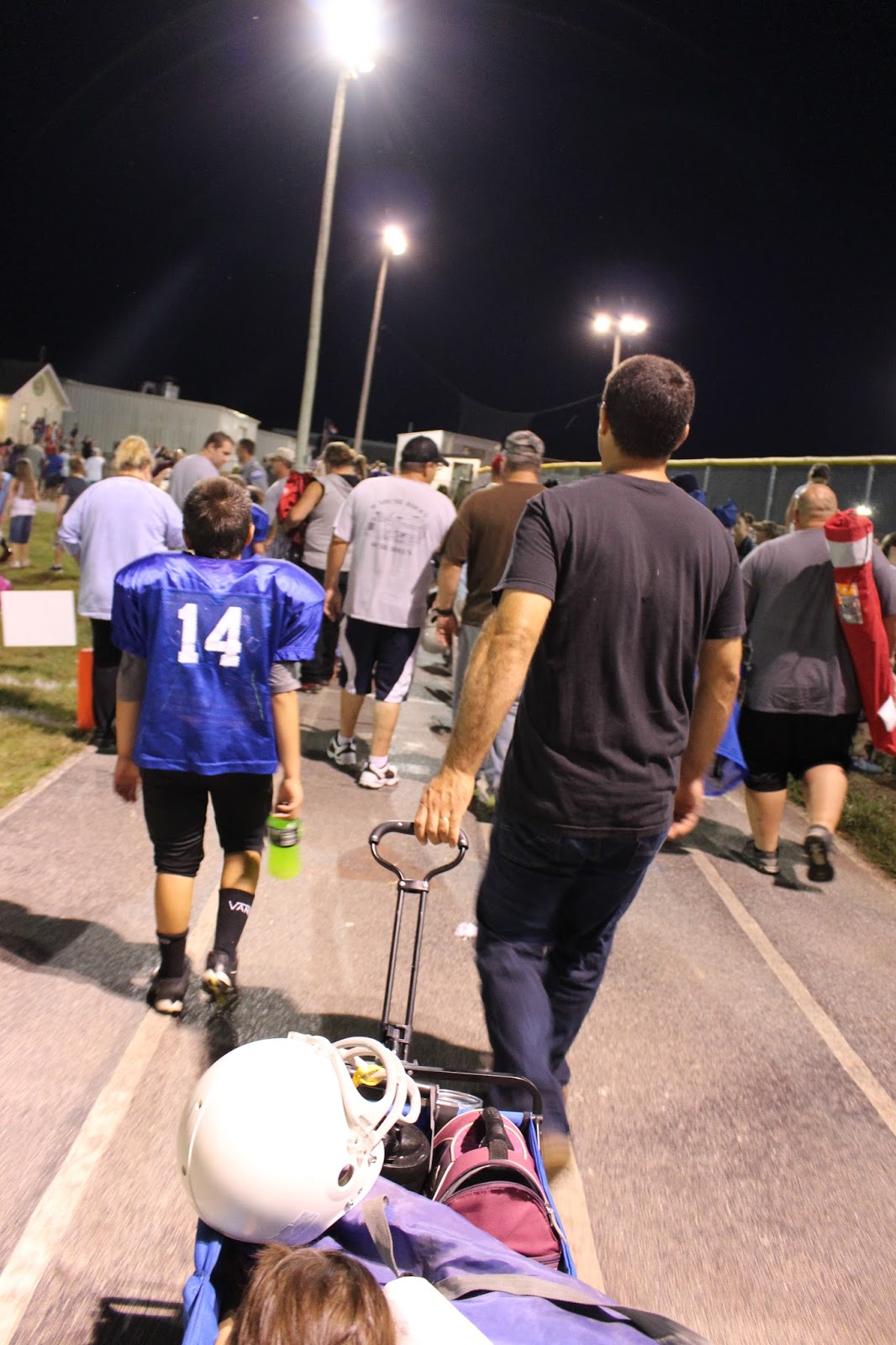 And that was game…

We were off to fetch Maddie and get these crazies to bed.

This post being all about Bryce is a long time coming, I would say my favorite qualities about him are:
1. Well Rounded
2. Has a Great Sense of Humor!
3. Has Empathy for Others.
Those are just 3 of  my favorite things!!!