Our weather this weekend was beautiful!!! 🙂 Now living here for more than a year and going through all the seasons I would say that Fall is my favorite season here in the Midwest. There’s no humidity, the mornings are crisp and the evening are breezy & beautiful. But there is one thing I will say about the humidity is it works wonders with Bryce’s eczema, we haven’t had a flare-up all summer!

So with this weekend wrap-up I’m including Friday too since I documented that day as well. 🙂 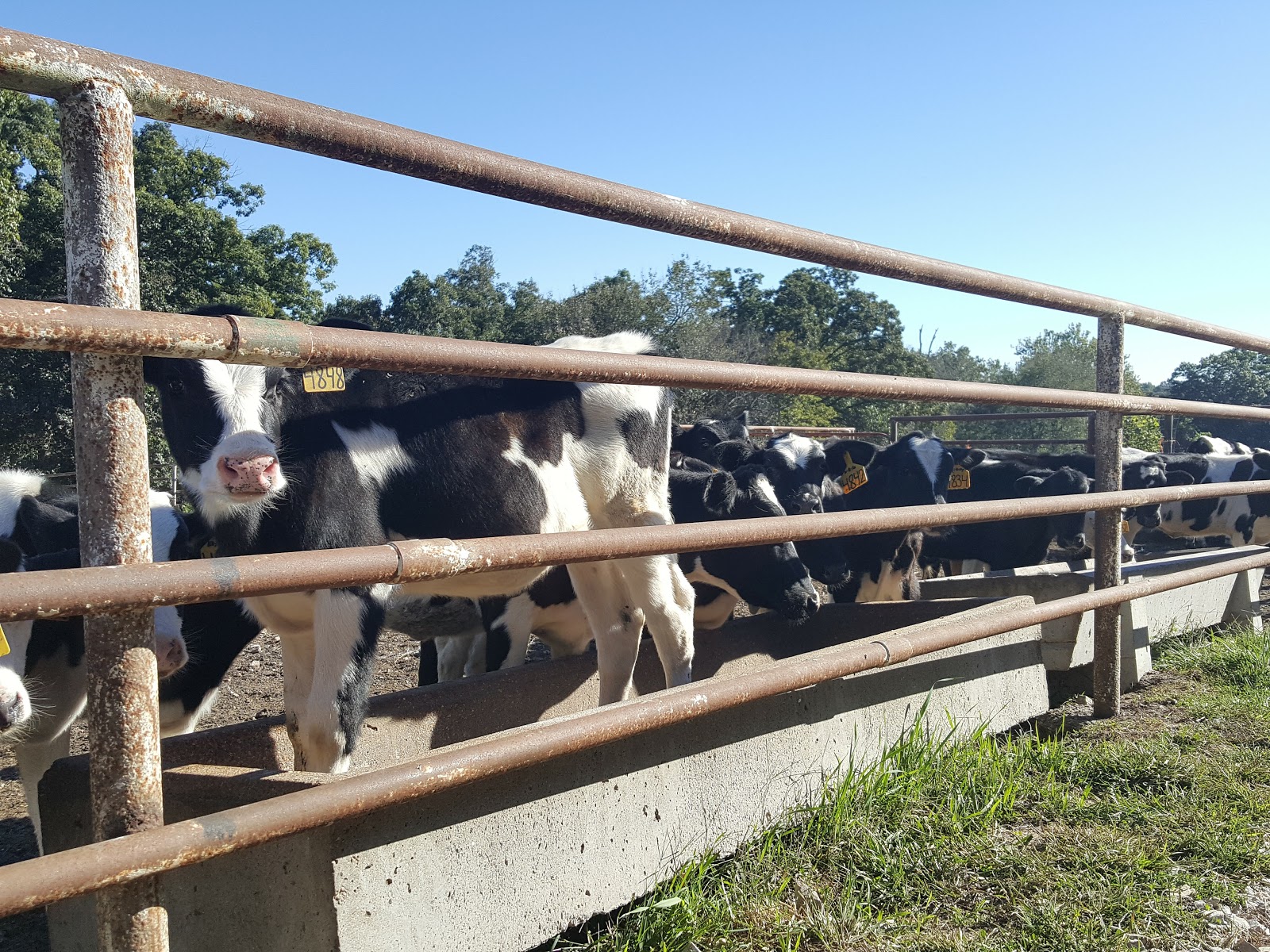 On Fridays I drop the kids off at school, go straight to the gym, workout until 9:00 a.m. and then come home to help Jer with the calves or whatever he needs me to do. On this particular day (which is pretty standard) he needed help with the calves!

This bunch of calves were all ready and waiting…especially this one, she was getting pretty impatient, haha! 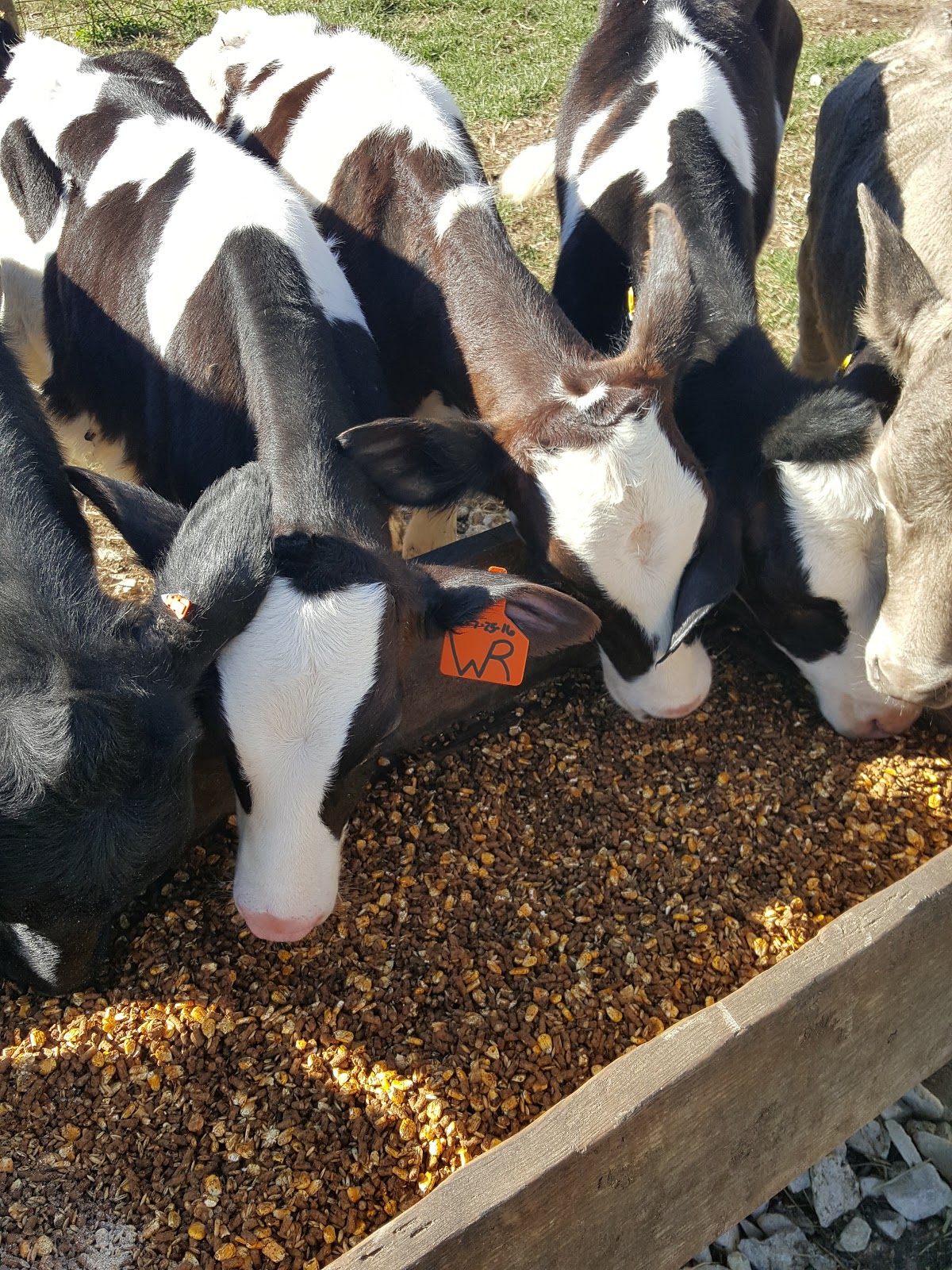 This little group of calves were pretty happy with their new grain and you know why I could tell…it was quiet! No mooing or crying…:) 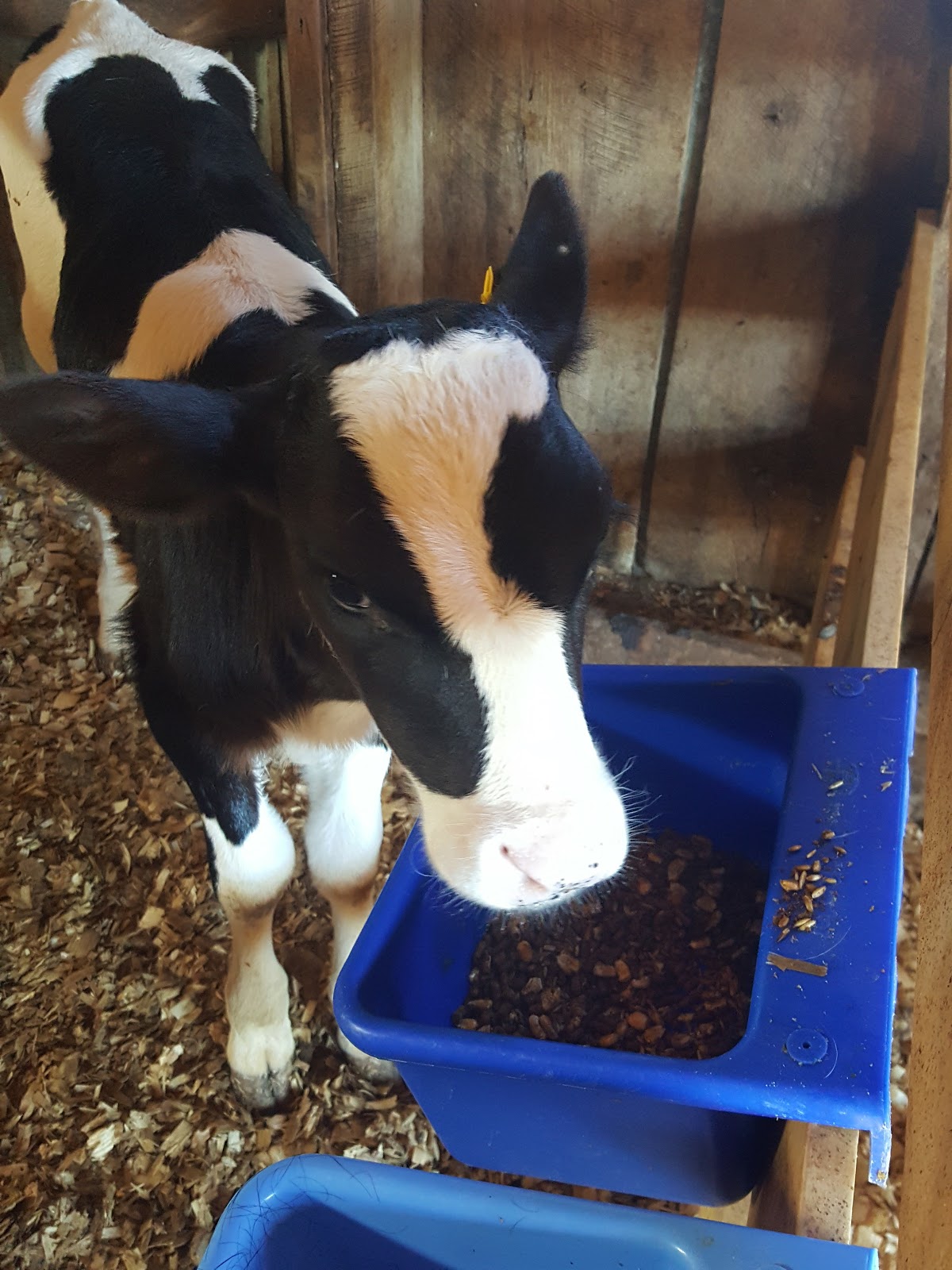 This little girl wanted me to leave her alone so she could eat privately, so I snapped her pic and let her finish eating! 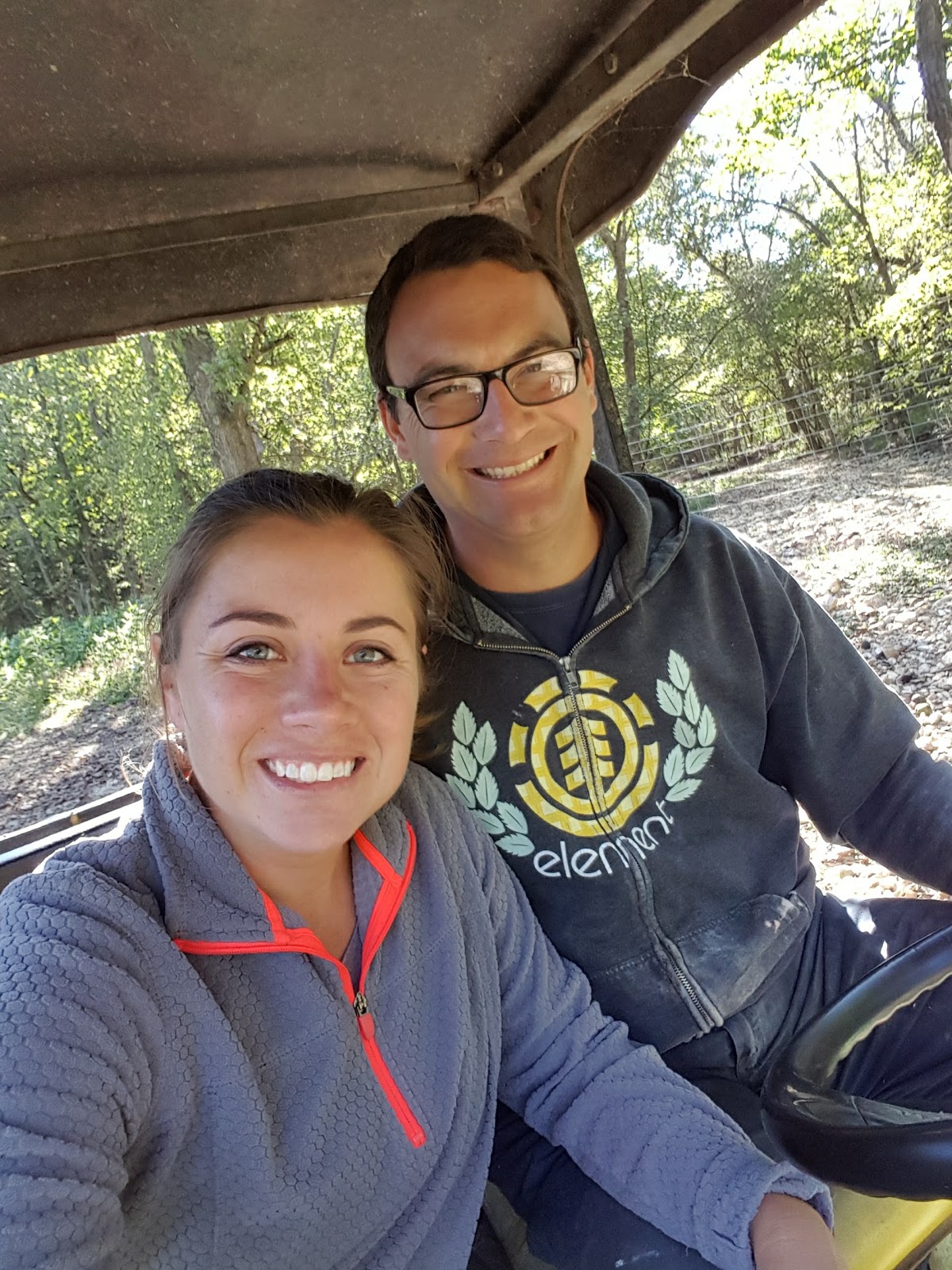 Then Jer and I went down to the bottom pasture to check out the mowing my Dad had done the day before. 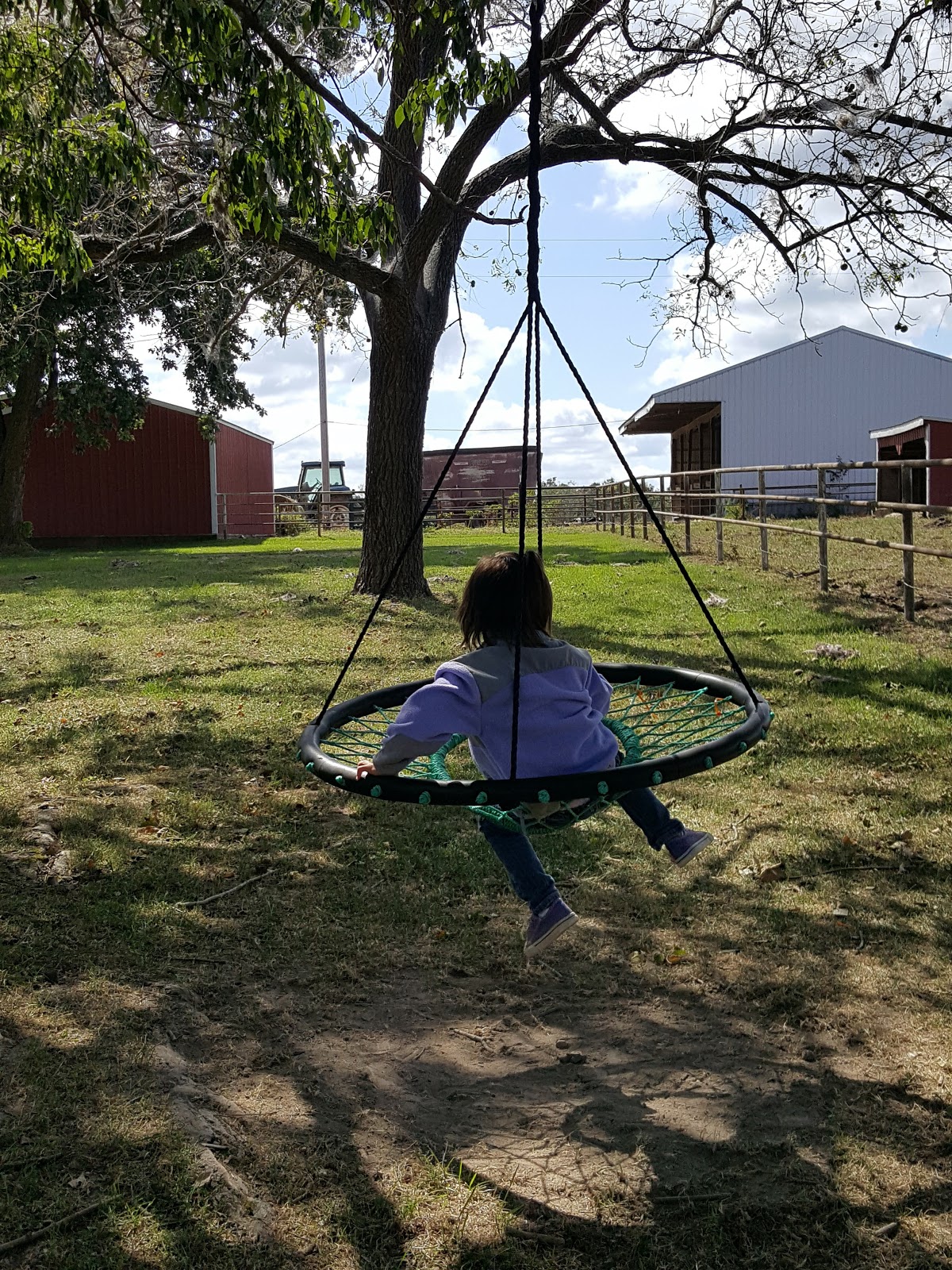 By the time I came up from the bottom pasture it was time for me to go get Naomi from preschool.

When we came home we ate lunch, she swang on the swing and I finished mowing the lawn. 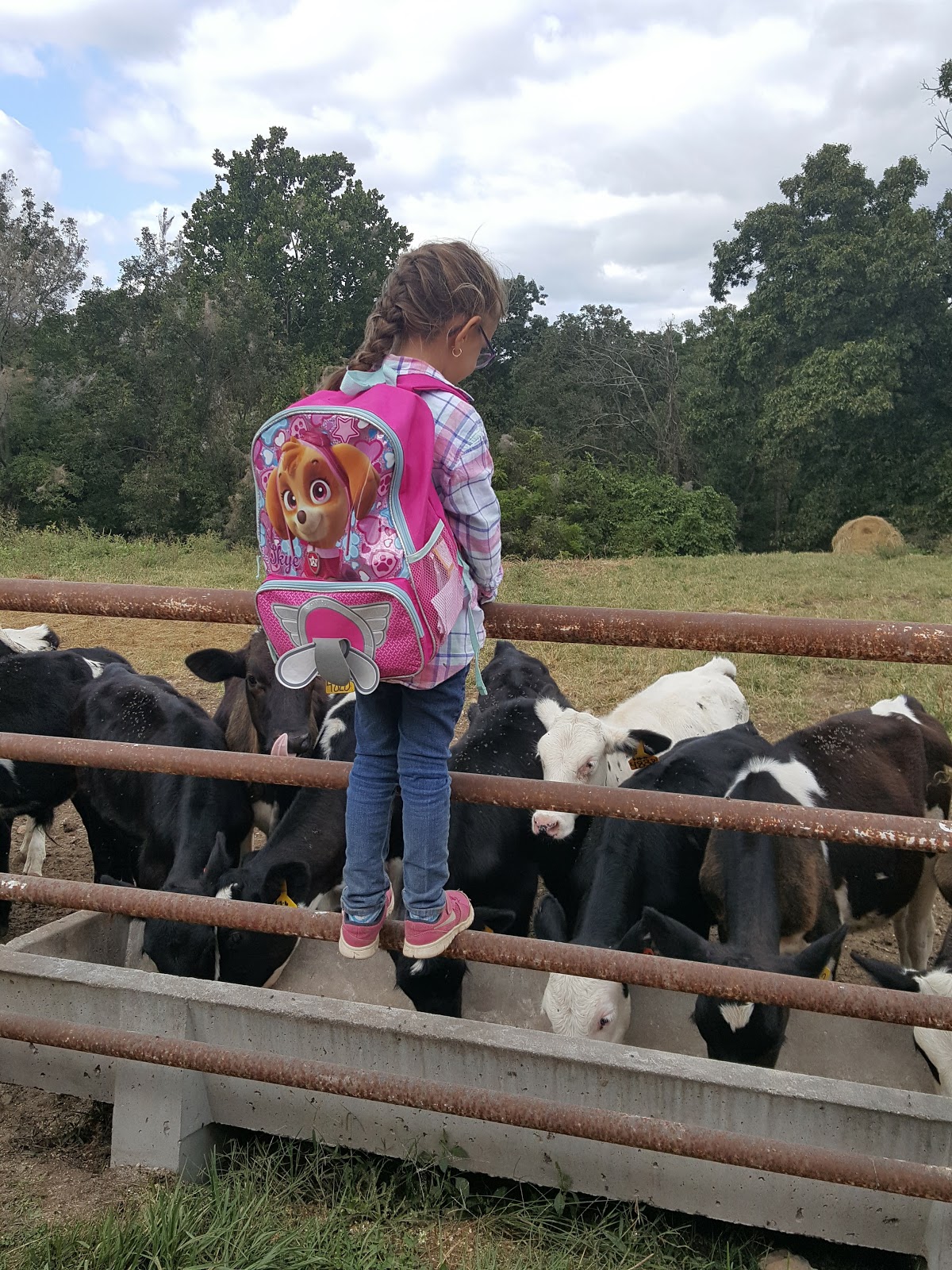 Then I did more chores, Naomi took a nap, I walked & got the kids from the bus stop and on the way back Maddie wanted to stop and talk to the little calves. 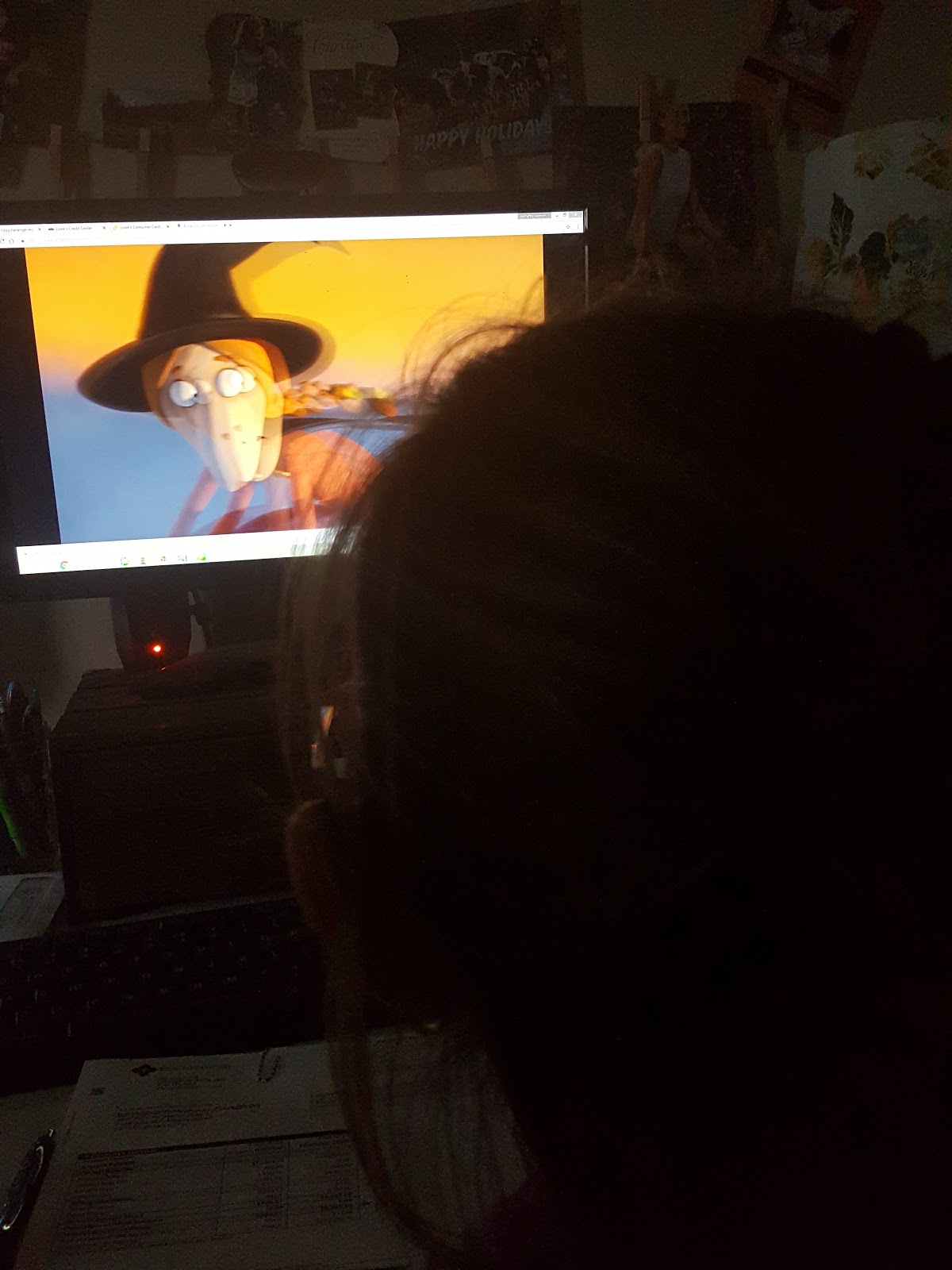 Later that evening the kids wanted to watch Room on the Broom on Amazon to go with our new favorite book. 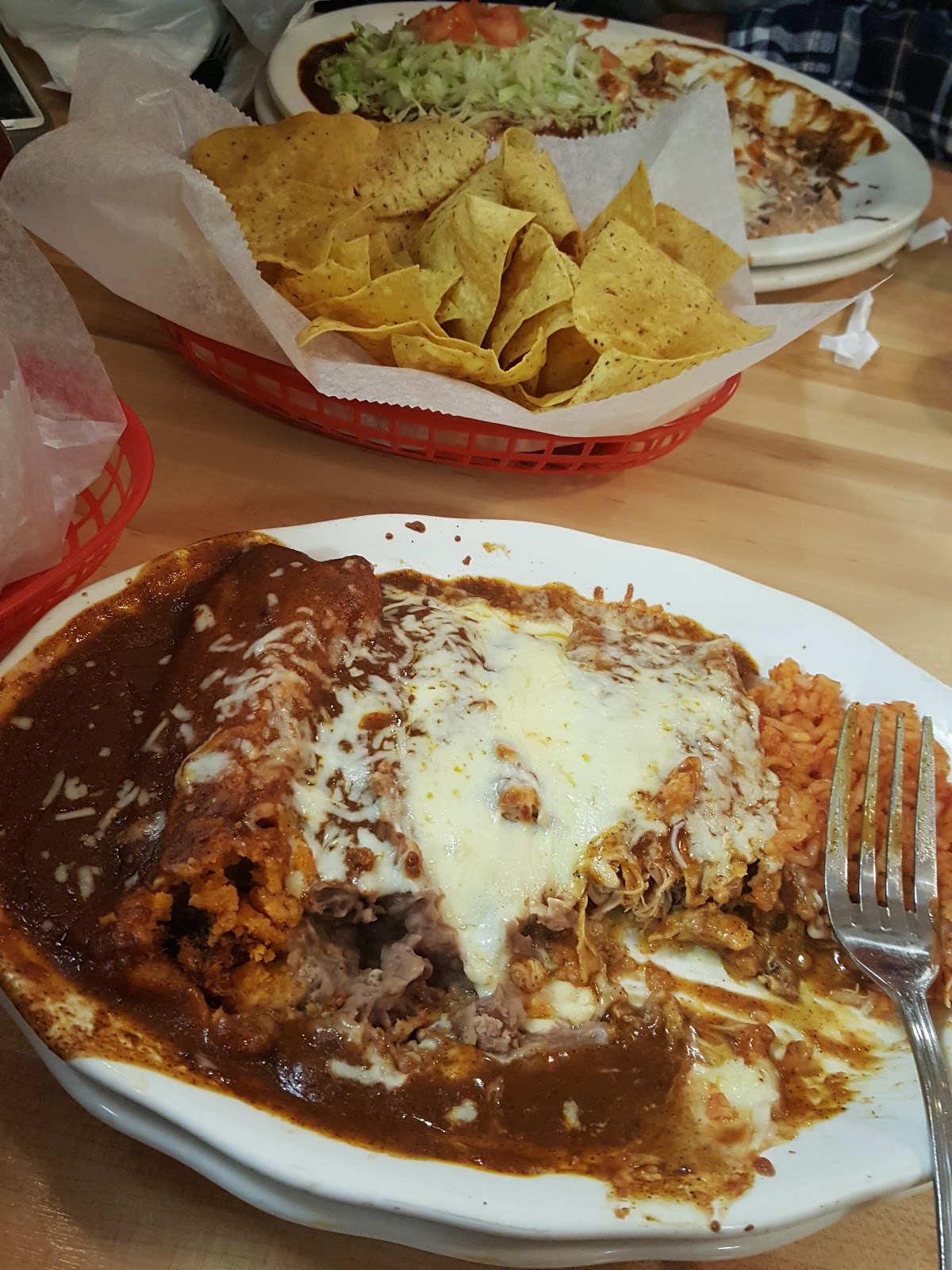 Saturday Jer and I got away for a day-date, without the kids and went out to lunch to try a “Mexican” food restaurant everyone has been telling us about.

But the restaurant that Jer and I went to on Saturday (pictured above) was okay…the food was good but there were certain flavors that rubbed me the wrong way, like the ground beef being sweet and not savory…I don’t know, everyone loves that restaurant around here… Not. A. Fan. 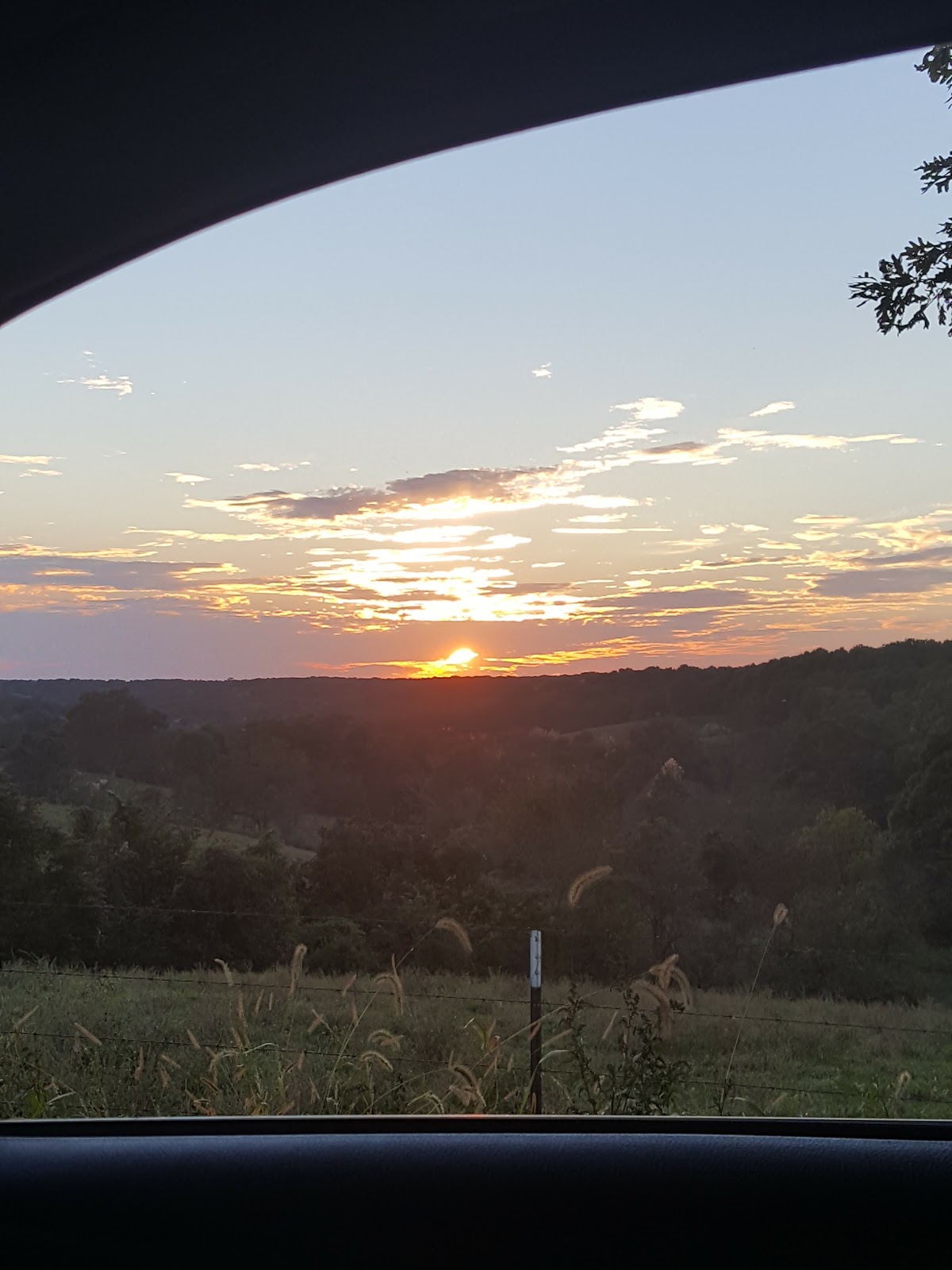 After Jer and I went out to lunch we went to a few stores and came home to this beautiful sunset! 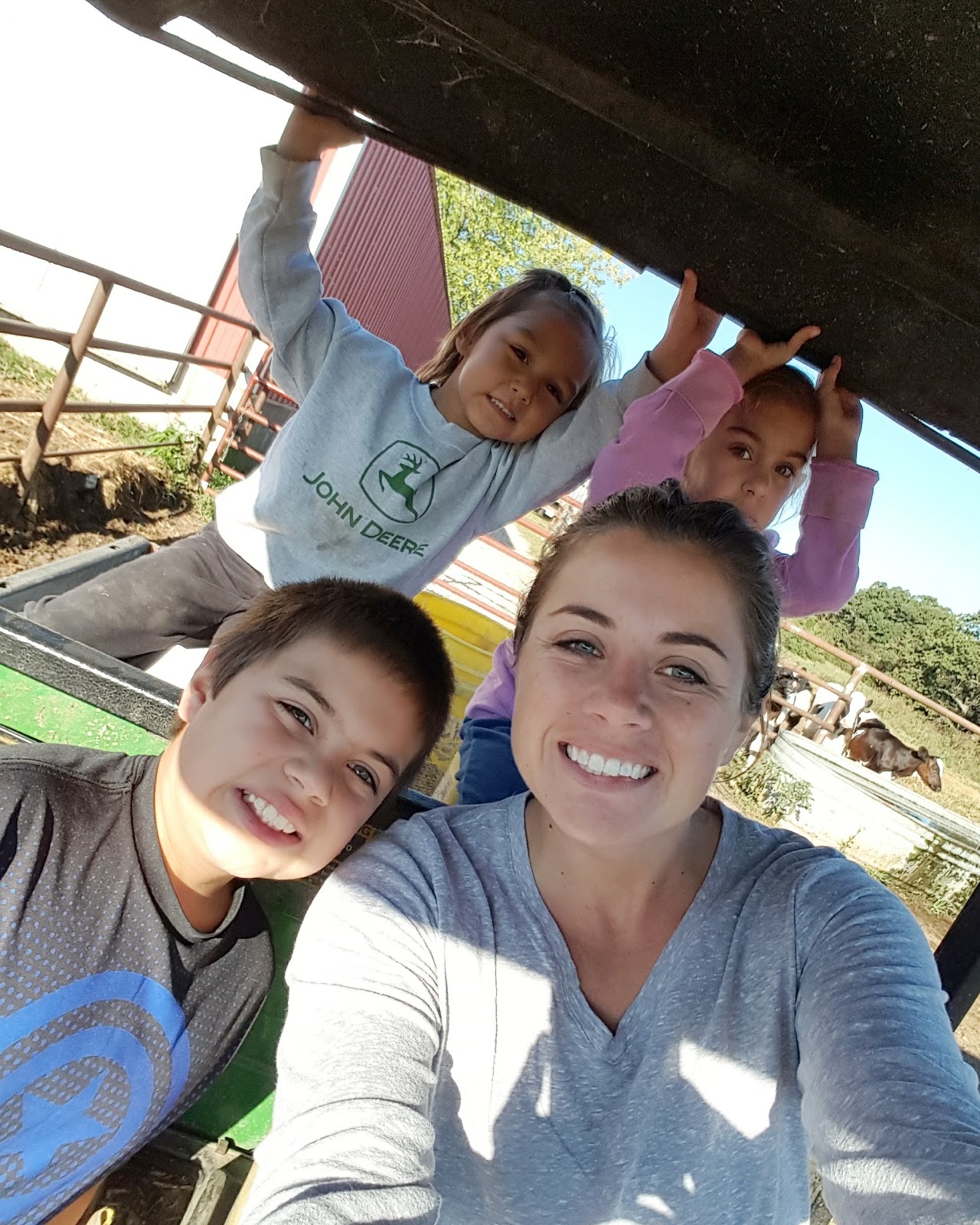 On Sunday it was Native American project day!

Bryce’s group at school was given a tribe to research and their tribe slept in Wigwams. Part of the project was they had to construct their tribe’s house out of natural material the Native’s would of used. 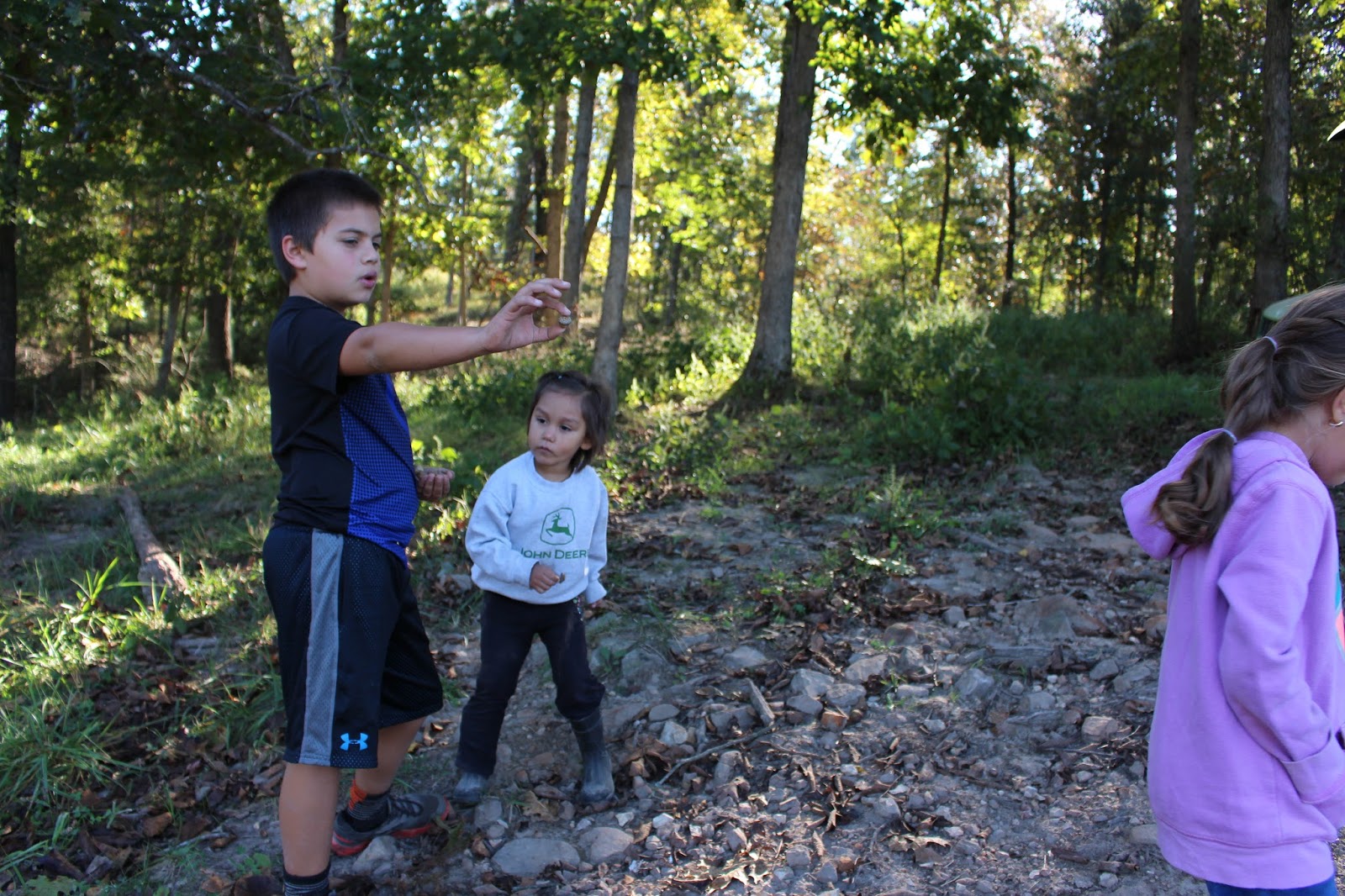 So we set off to find materials and we thought the best place to go would be down by the pond. 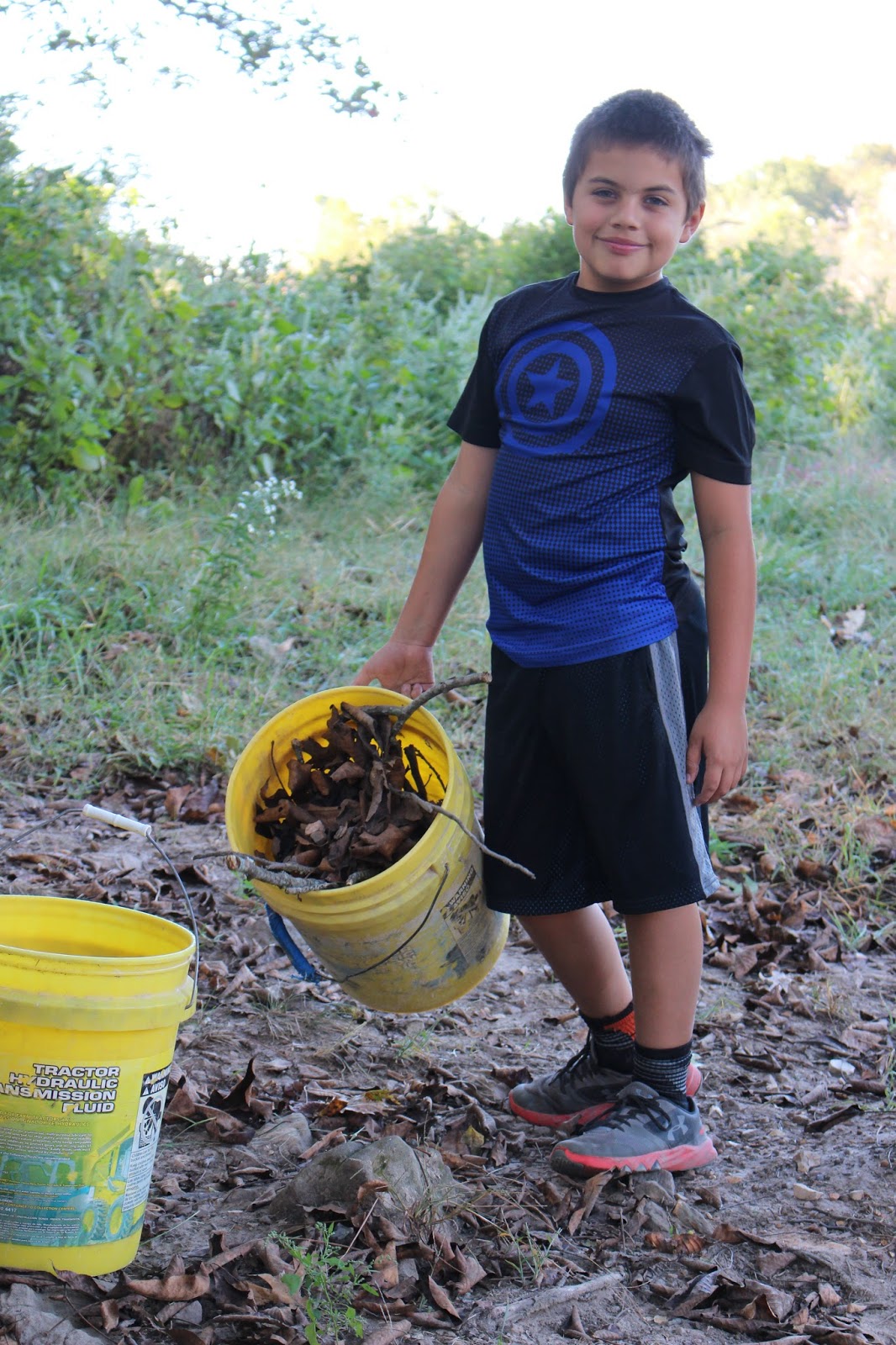 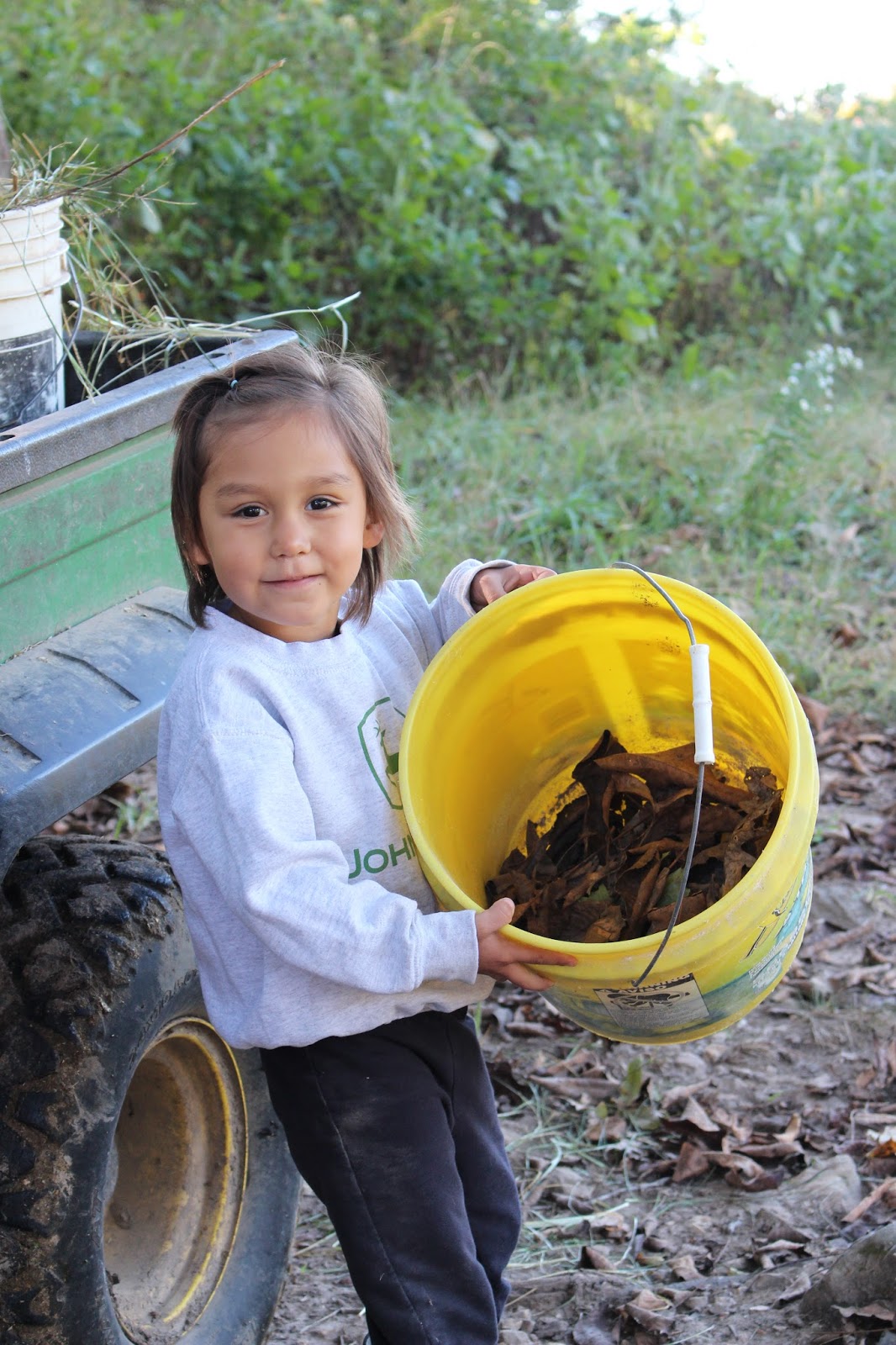 and Naomi helped Brother with the sticks and leaves. 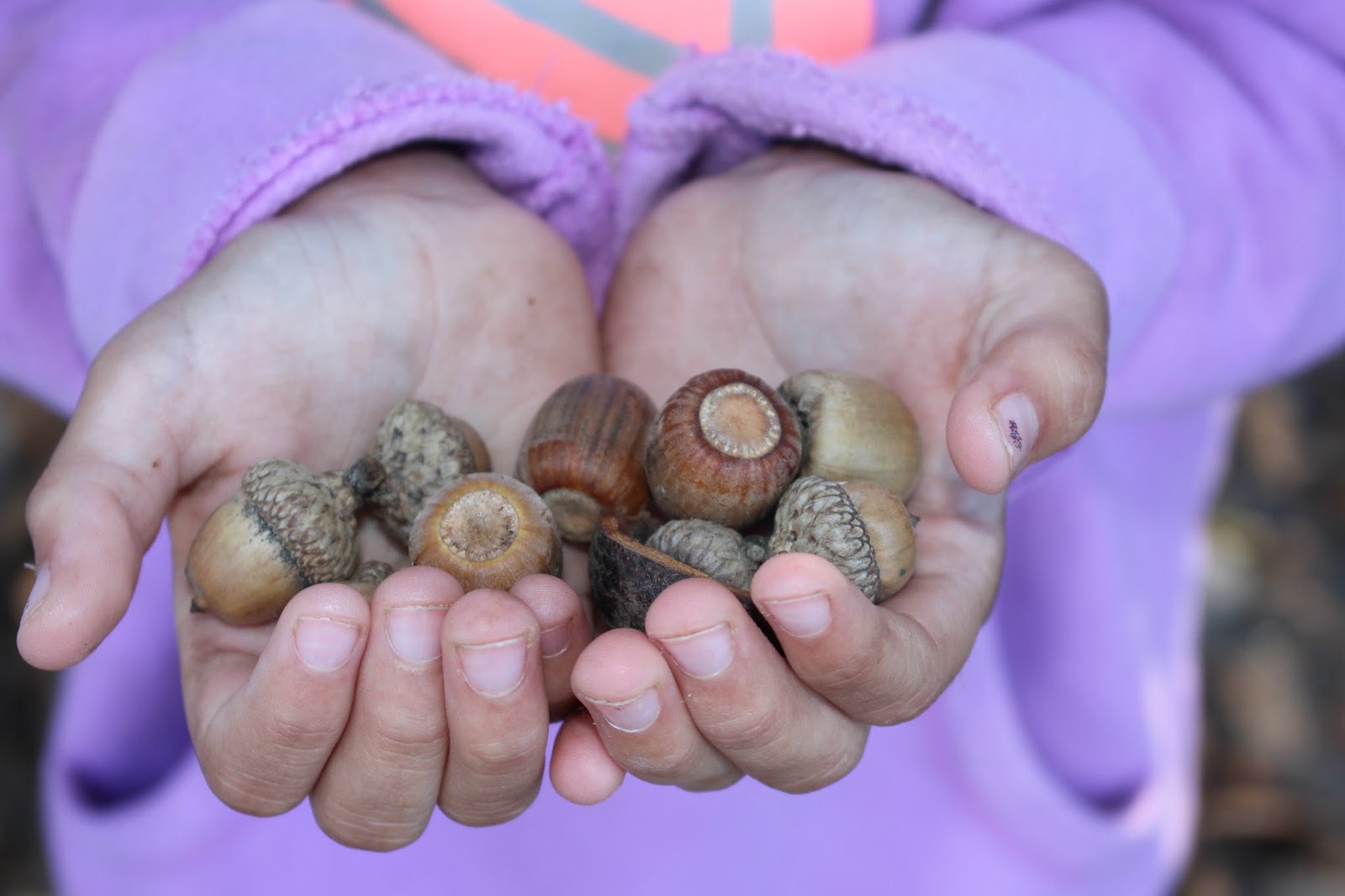 Maddie was fascinated with the acorns and wondered why we didn’t see any squirrels eating them!? 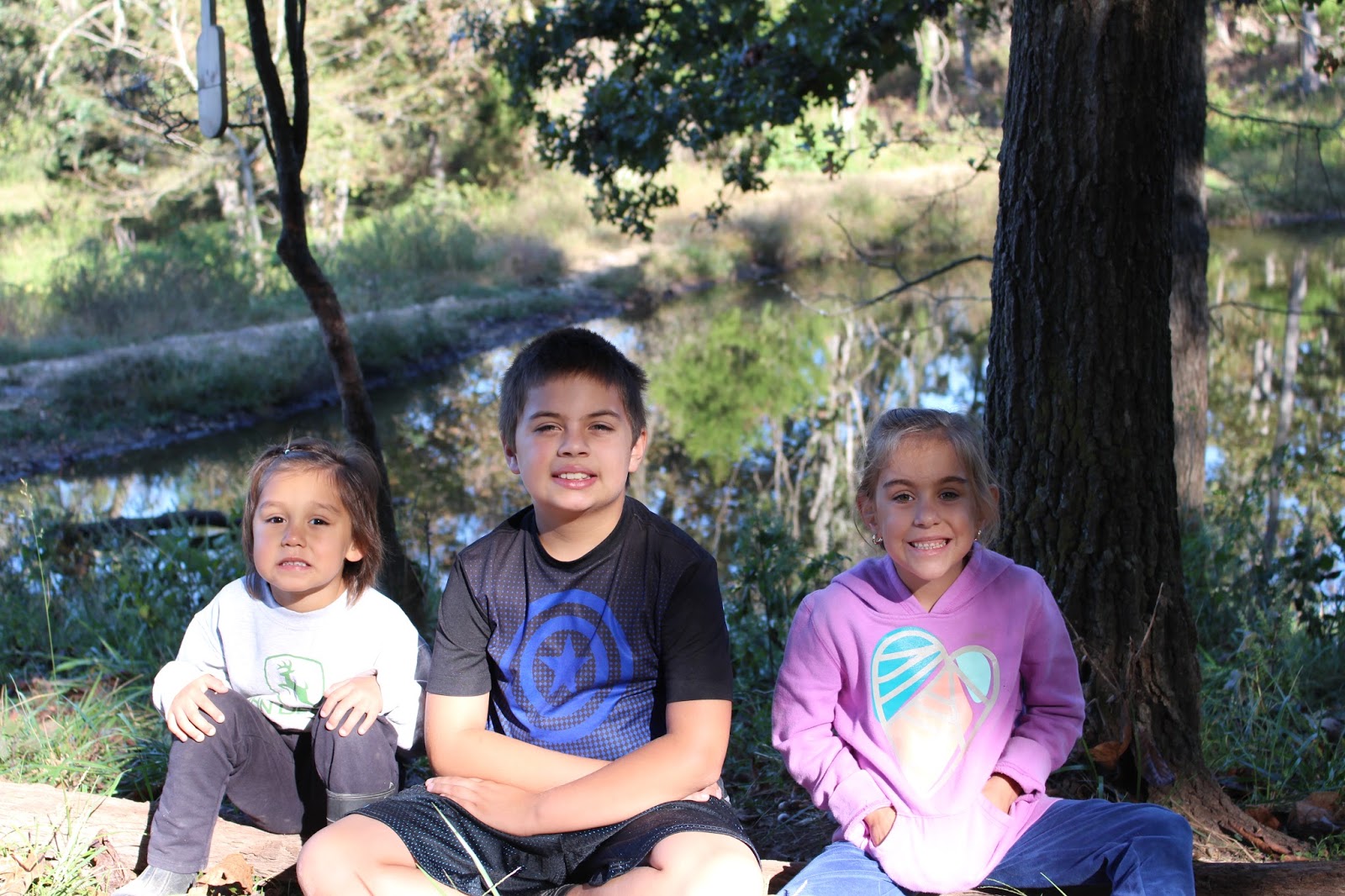 Of course I made them all sit down together and take a pic and this was the best I got, haha. 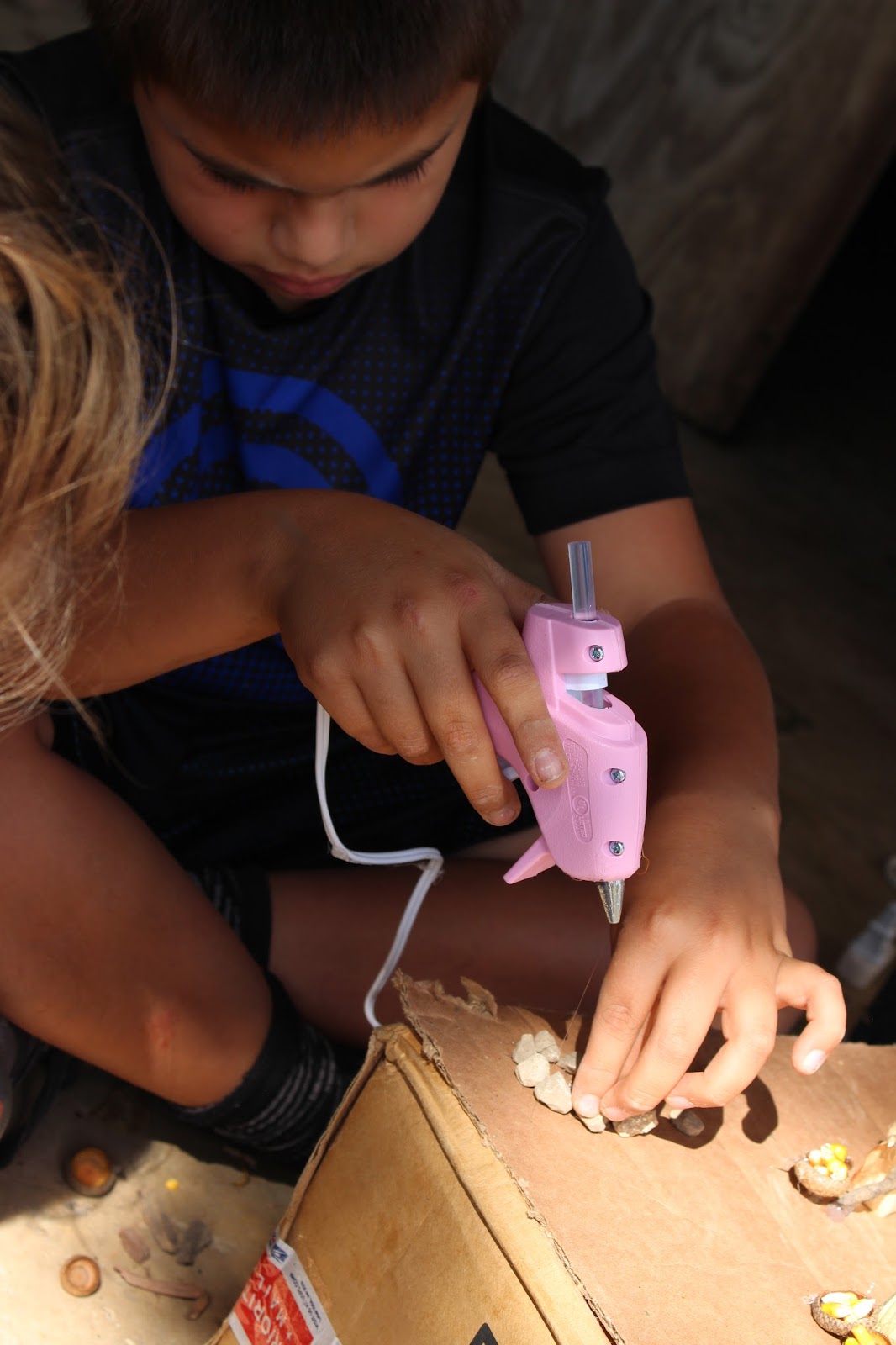 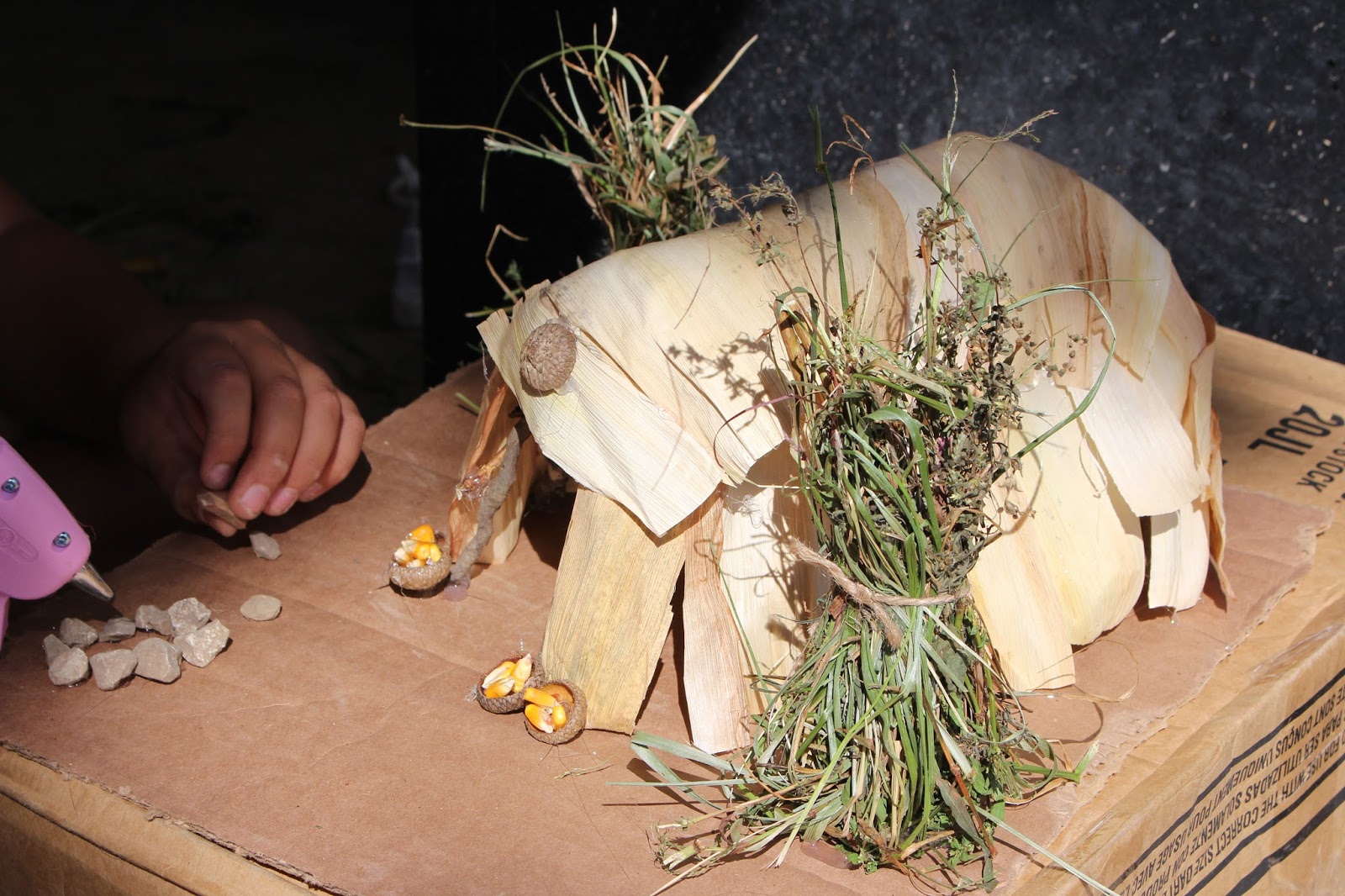 He did such an awesome job and I knew he would because he is my little engineer! 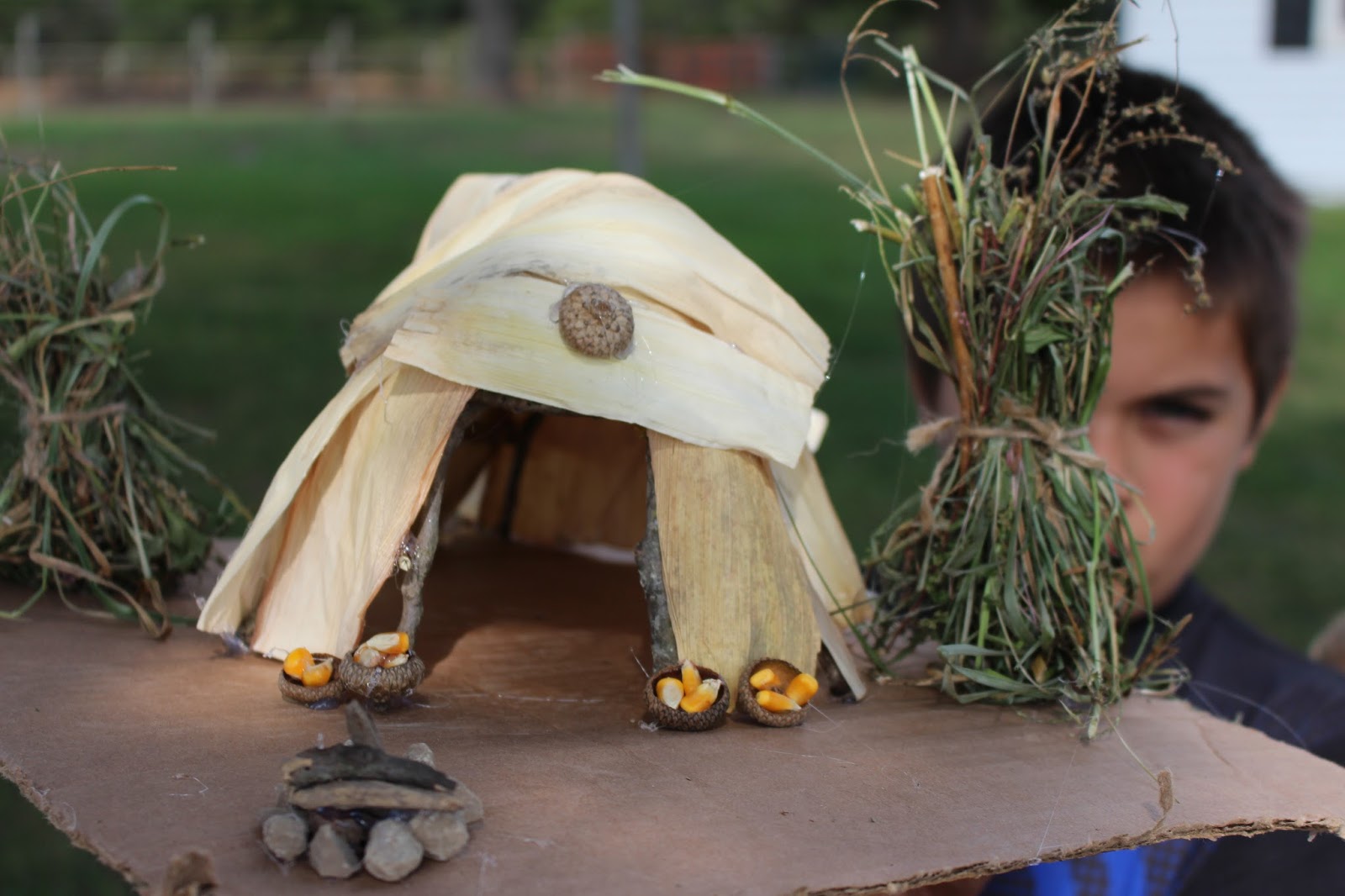 Ta-dah the Wigwam was complete. 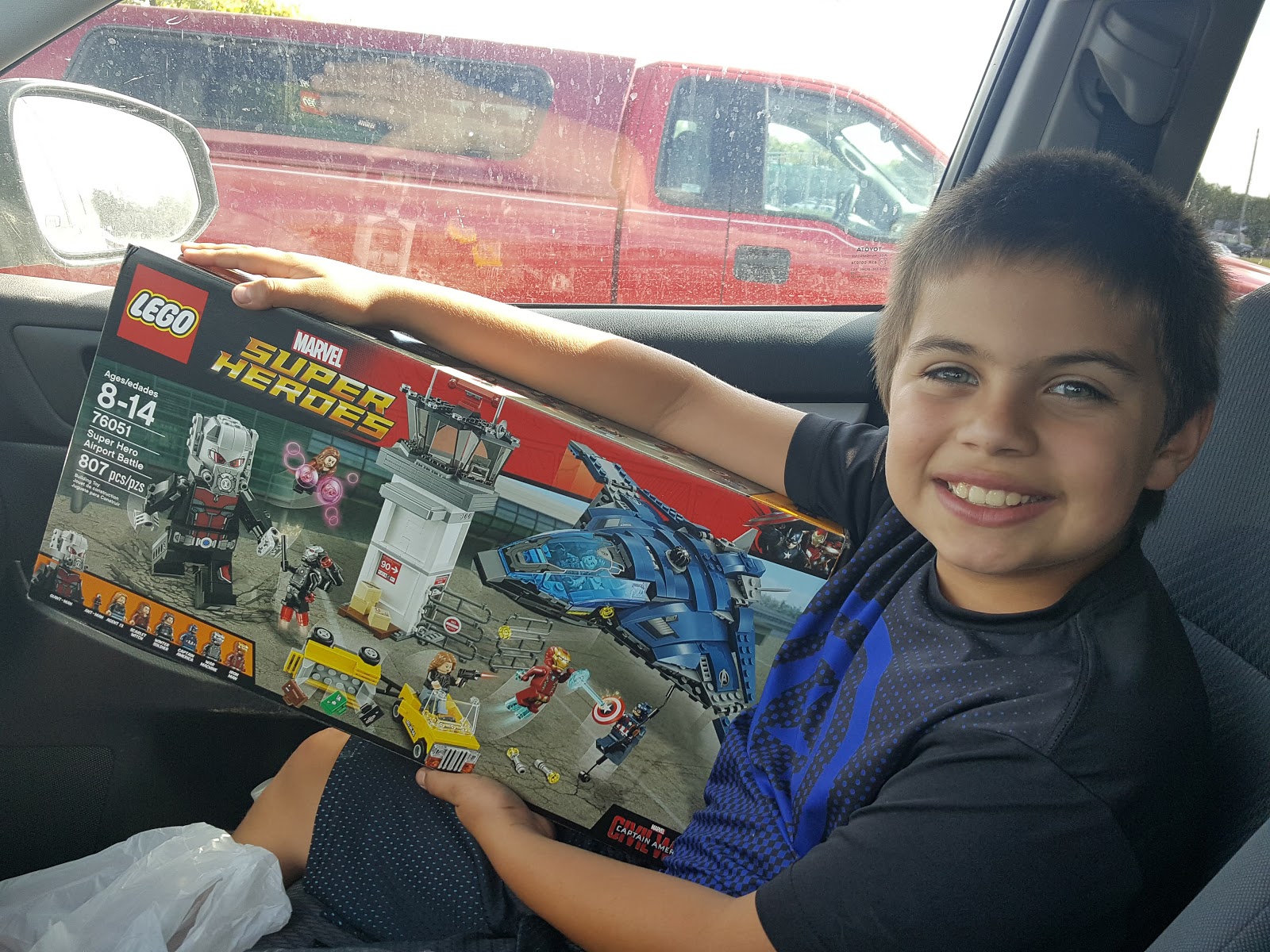 Later that afternoon Jer wanted to watch football, the girls needed naps and I promised I would take Bryce to Target so he could spend the rest of his birthday money! 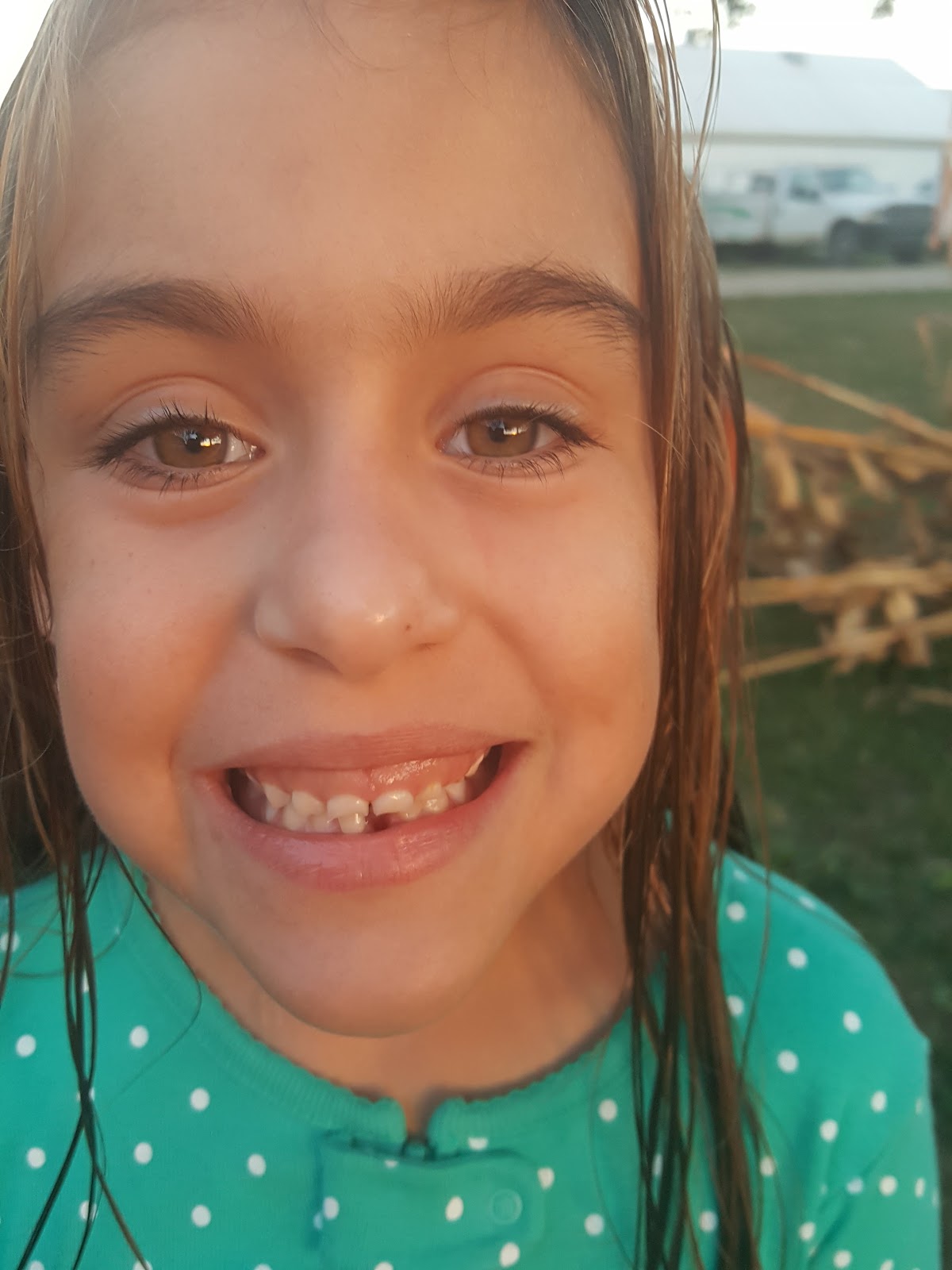 And later that night…Maddie lost her first tooth, yay!!!

She was so happy and the tooth fairy was happy to visit her too! 🙂

That was our weekend and I hope everyone is having a good week so far.

Talk to ya soon,