The kids love having one-on-one special time with either Mom or Dad! On Tuesday it happened to be “Special time for Maddie”, that’s what she likes to call it, because she had a dentist appointment and the other two were at summer school.

Out of the three, Maddie probably has the least amount of one-on-one time. Bryce stays up later than the girls and he does a lot of father-son stuff and Naomi has been home with me for over two years when the kids were at school all day. Maddie really loves these sort of days and I do too!

This was Maddie’s first real cavity that needed to be filled. It wasn’t a real bad one, but enough that she needed to be numbed. She is going to be our one that needs braces and other ortho intervention. They’ve already prepared us for what will be in our future. 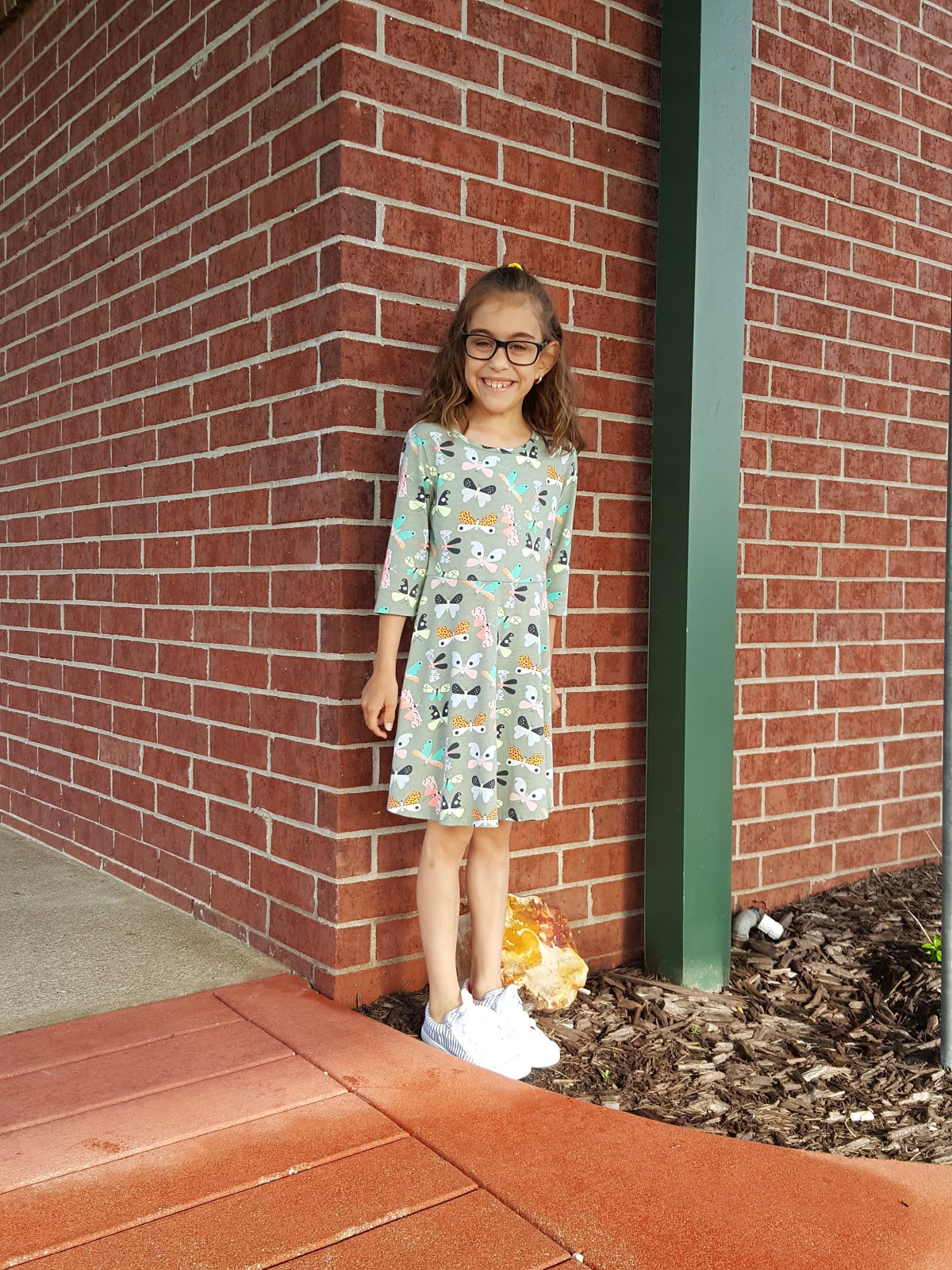 Fun Fact about Maddie: She loves to wear dresses! 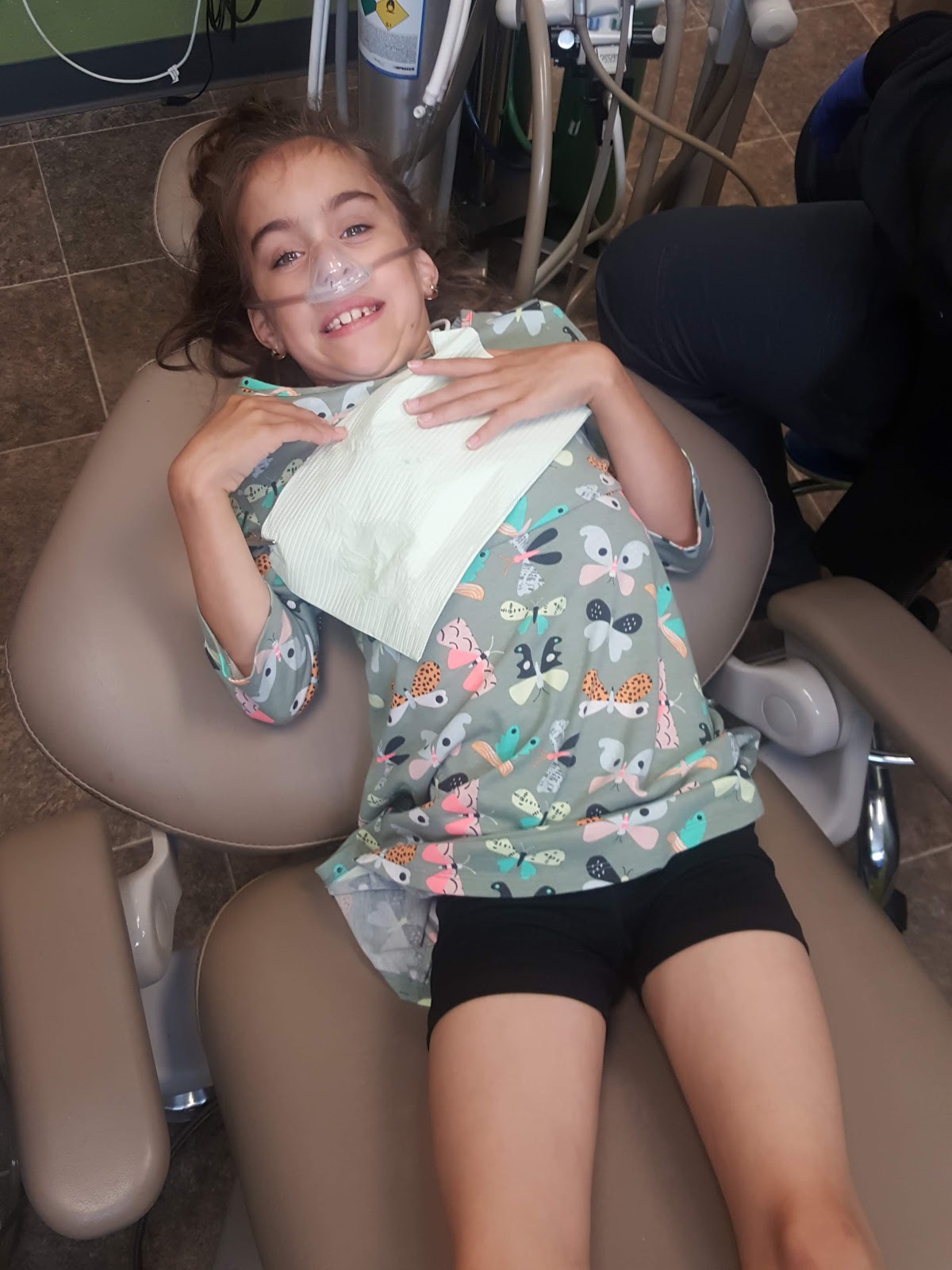 The starting of the gas…which didn’t end not working very well on her, hence the numbing, because her level of tolerance to sedation is very high.

That’s one thing the nurses have always told me from back in the Rady’s Children Hospital days is that her body has a high tolerance.

Never the less, she handled everything like a champ and they let her pick 2 prizes out of the prize box for being so good!

Chick-fil-A for the win.

After her dentist appointment, I had a few errands to run and I was instructed by her Dad to let her pick out a little prize.

But first we stopped at Chick-fil-A for a Frosted Sunrise (it tastes like a dreamsicle) and some brunch! 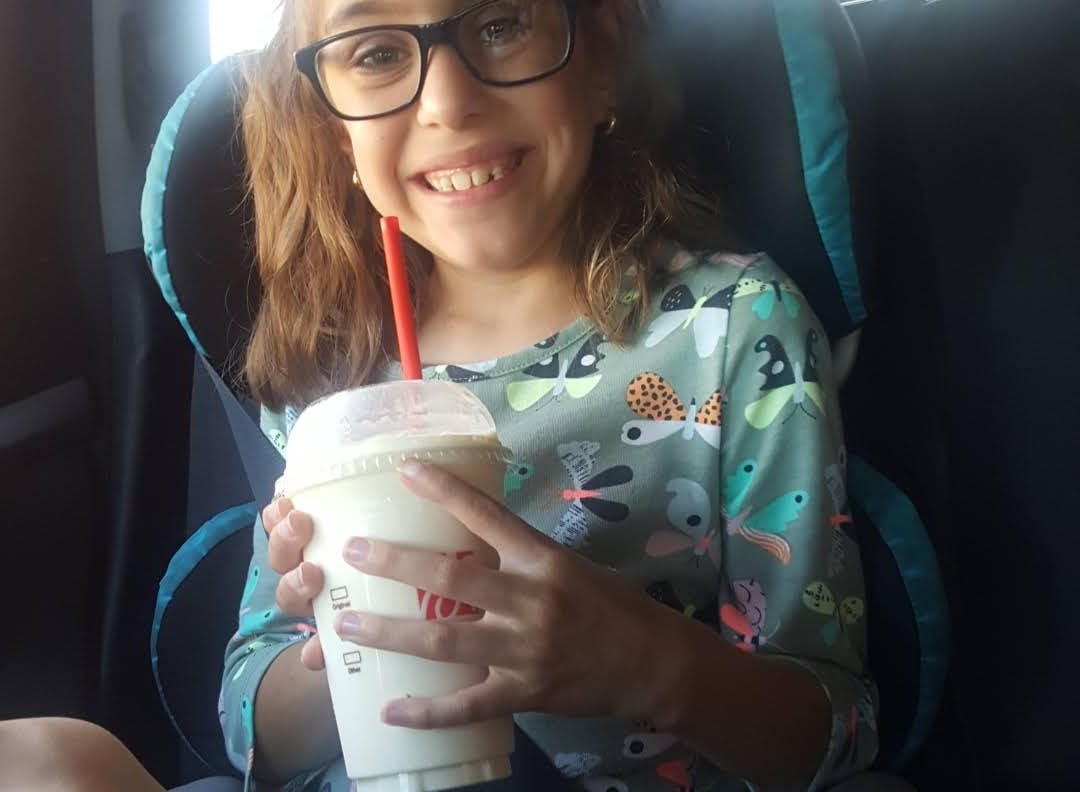 Next we stopped at Walmart.

When we went to Walmart, I gave her a $10 toy budget. Right away she picked a fur-baby. She has been wanting one of these for so long and I always try and talk her out of them because I’m not a fan of their eyes but, she loves them.

As you can tell…I gave in and she was so happy! 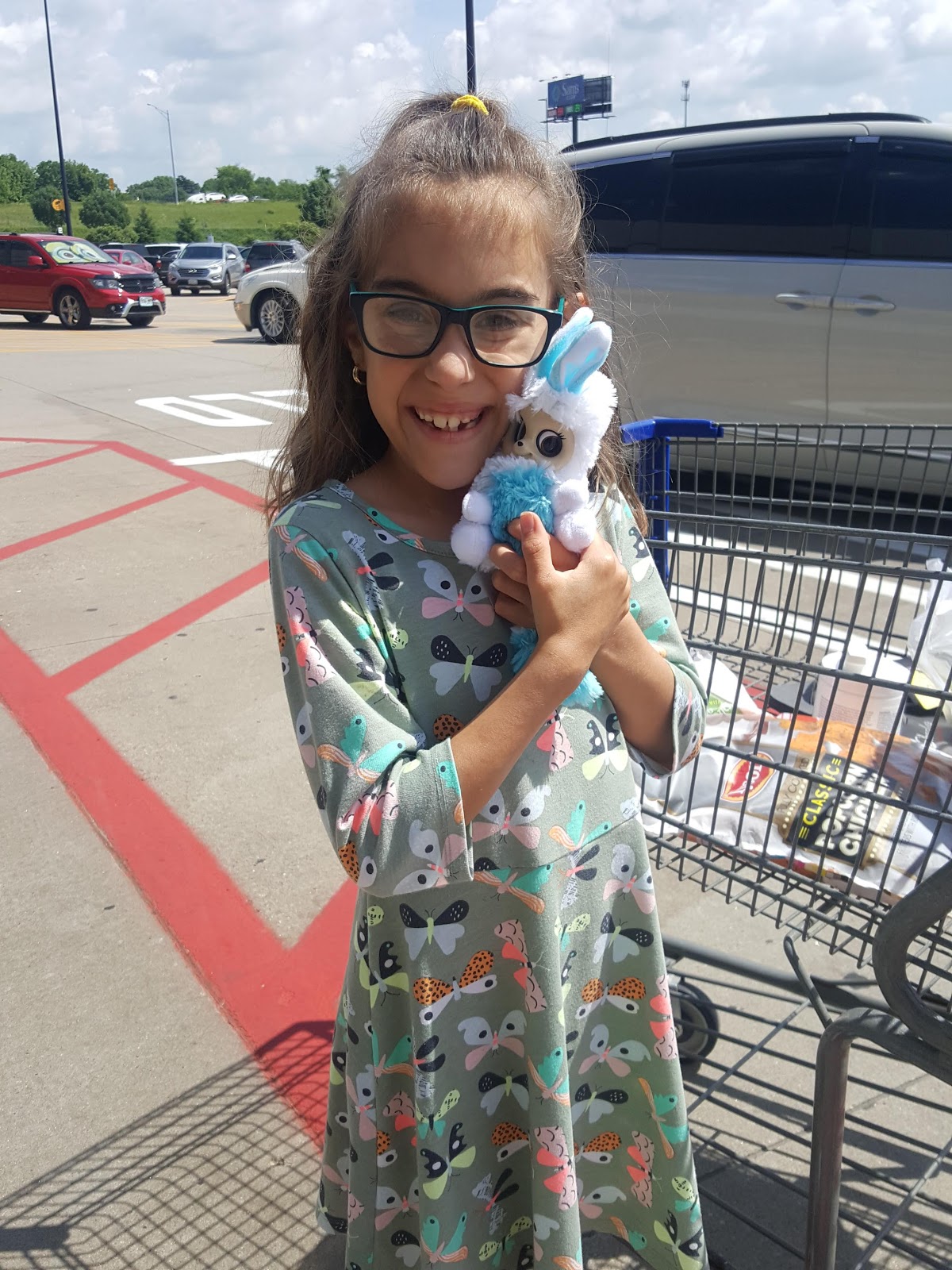 Fun Fact: Maddie loves stuffed animals, a.k.a. “plushies” and small toys!
After this we went home because 1) She wanted to play with her new toy in her room and 2) we went from winter to summer and the humidity melts everything! 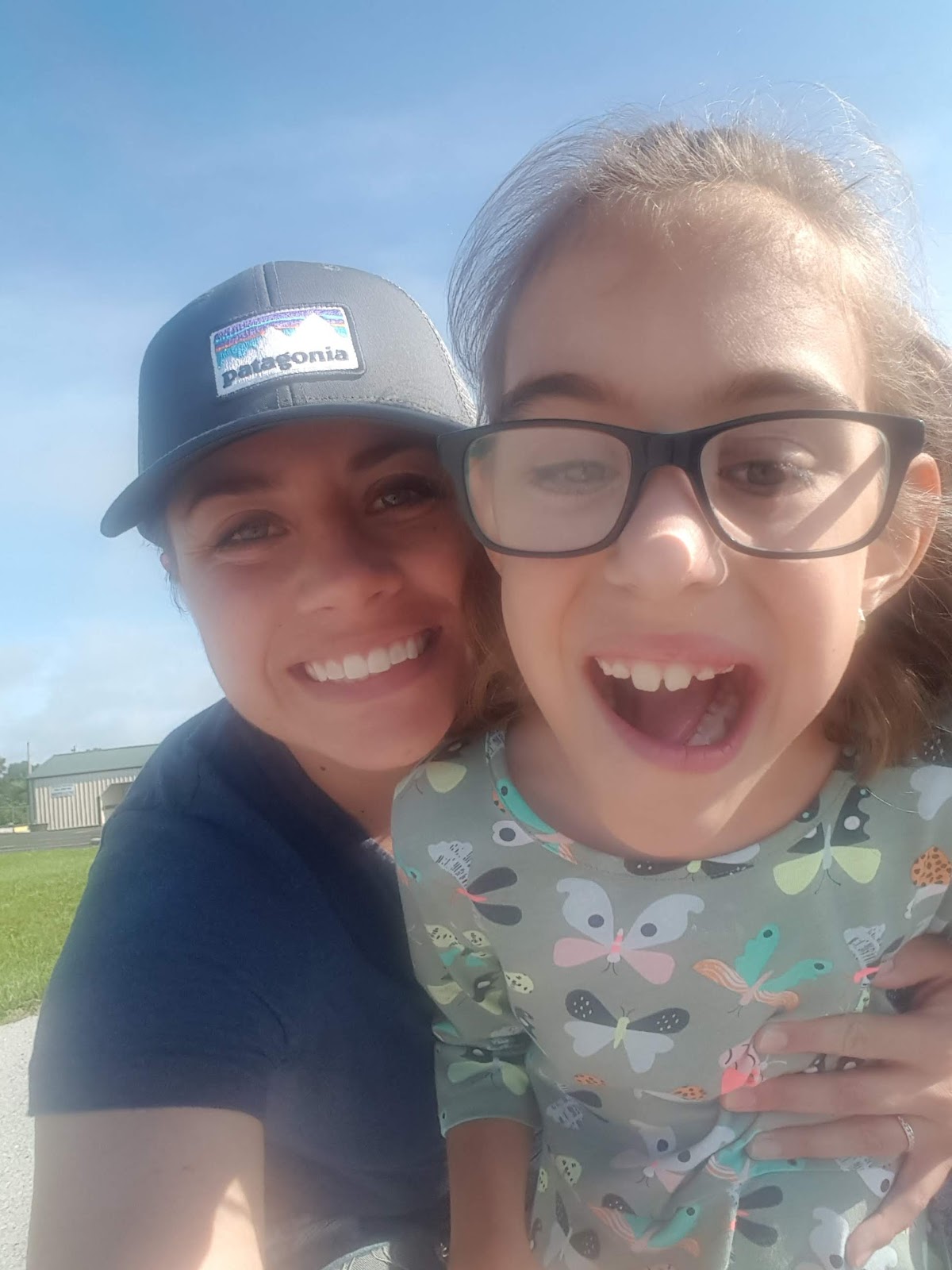 This was a selfie we took to send to Jarret, she wanted to show her Dad where she got her filling.

That concluded our special time out and about! When we got home she played in her room and I was busy doing stuff until it was time to pick up the other two kiddos!

Here’s the last time we had one-on-one special time with Maddie!

Talk to you soon,